Facebook reality labs (FRL) is committed to many projects aimed at making the interaction between technology and people more approachable. FRL has previously studied technologies including VR helmets and AR glasses.Hand tracking technology is particularly important for virtual reality, it can make the technology more immersive, and strive to the most

In the beginning, FRL's work was to create more natural devices, such as touch controllers, which were designed to be comfortable to hold, with many sensors inside. The touch controller provided a lifelike sense of hand presence, making the basic VR interaction feel more like real objects. 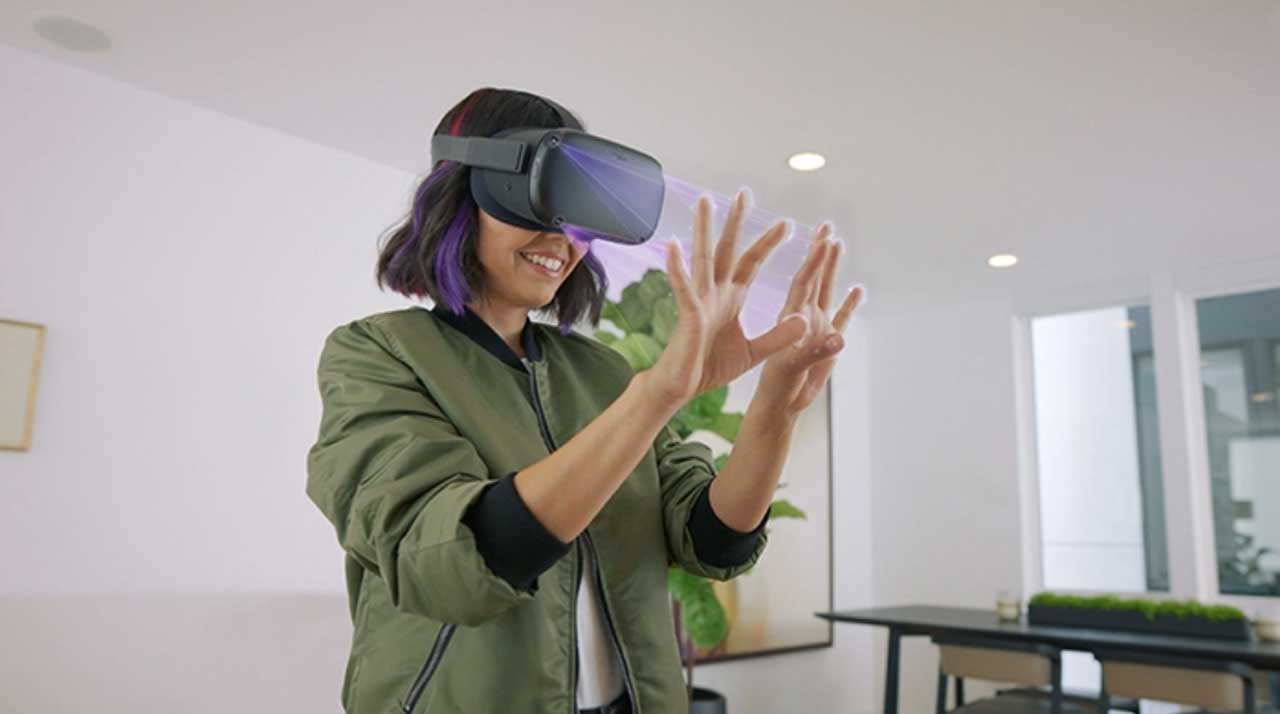 On the other hand, FRL is trying to eliminate the need for hand controllers and instead sense the naked hand of humans. The lab began to study the hand tracking of VR more than five years ago, and no one has been able to develop a consumer quality, controller free hand tracking function. This means that the technology has to be created from scratch.

FRL is currently exploring new experimental text input forms, which is a common and critical task for productivity. FRL proposes a new method to realize touch typing on any plane without keyboard by using the hand movement of marker based hand tracking system. The system inputs the motion directly and decodes it into the text that the user intends to input. The researchers point out that the technique is still in its early stages of research, but illustrates the potential of hand tracking in active scenes. Researchers must understand unstable typing patterns and use statistical decoding techniques in automatic speech recognition to predict keystrokes from hand movements using motion models. Using this method, typists only use their hands, a flat surface, and nothing else to type an average of 73 words per minute, with an uncorrected error rate of 2.4%. Compared with the actual keyboard, the new system achieves similar speed and accuracy. Related news
$350 million acquisition failure? Intel will stop nnp-t development and focus on Habana Labs
Facebook reality labs is developing hand tracking technology
Hot news this week
Meet the opportunity of the times: the omni channel era of mobile communication in the eyes of practitioners
Can new crown vaccination affect sperm? The scientists concluded that there was no substantial effect
Three major operators will delist from the United States: the United States seriously undermines normal market rules and order
Qualcomm Mengpu: Qualcomm has always been the role of technology empowerer, enabling various industries with 5g and AI
Do you have to pay taxes for the high popularity rate? Chinese electric vehicle companies vie to enter Norwegian Market
It is said that India has not approved the import of WiFi modules from China, and many companies have delayed the launch of new products
It's an "irreversible" three pole battle of automatic driving, with Dajiang's entry, Huawei's attack and Baidu's insistence
The brand strategy of Jingdong life service of consumer Expo has been continuously completed, and the three kilometer life service circle category has been further expanded
2021 survey report on employment of rural women in China: more and more rural women are employed at home, and 60% of the respondents say they will wear light make-up when they go out
Nintendo, the most powerful legal department in the East: ask the mobile game company to compensate 9.6 billion yen
The most popular news this week
After sales processing time shortened from 3 days to 3 hours, Alibaba creates "mobile workbench" for businesses
799 yuan! Pre sale of Xiaomi noise reduction headset Pro: support 40dB active noise reduction
What's the situation of the first batch of factory e-commerce people going to the sea now
Ali Zhang Yong responds to the administrative punishment of the State Administration of market supervision: sincerely accept and resolutely obey
Win10 push the latest system upgrade! Solve the problem of high CPU utilization rate of multitasking
Jingdong Logistics has 260000 employees, with an average monthly expenditure of nearly 9000 yuan
Refuse to light up card: AMD Navi 24 small core also has 1024 stream processors
The host of the game peed in the hot water bottle of the hotel and threatened to give the next guest a drink
Indian doctors warn that cow dung treatment is ineffective: it could also complicate the epidemic
New release of hardware dog: graphics card runs more accurately