In September, Microsoft officially announced the Xbox series SX, the next generation game console, for $299 and $499. The two game consoles were originally scheduled to go on sale globally on November 10, but subscribers in Australia today received an email from Microsoft saying that they would be available as early as October 27. 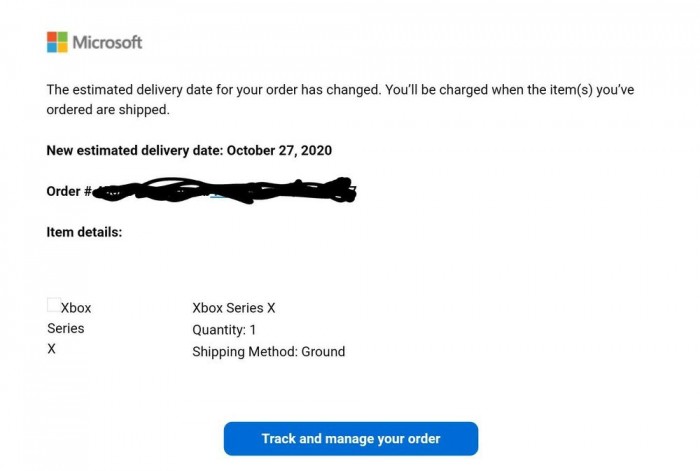 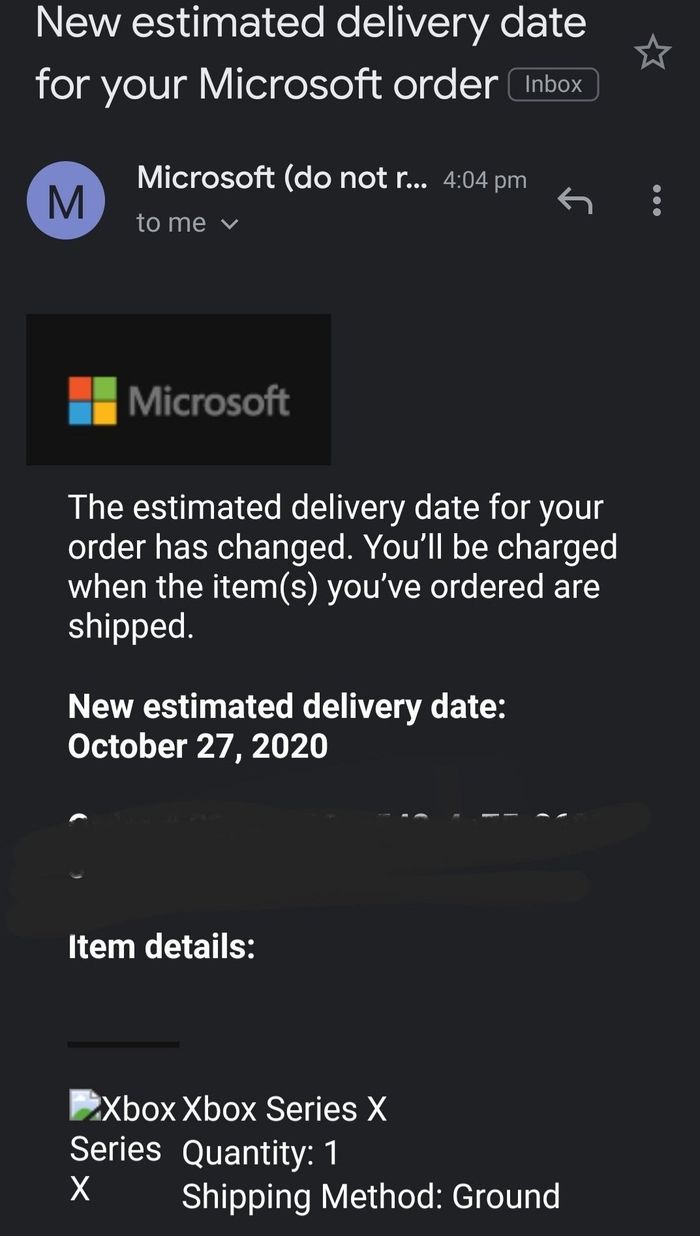 However, the Xbox ANZ account subsequently posted an apology tweet, saying that the error email was sent to users due to a system error, and that Xbox series s and Xbox series X will still ship on November 10. 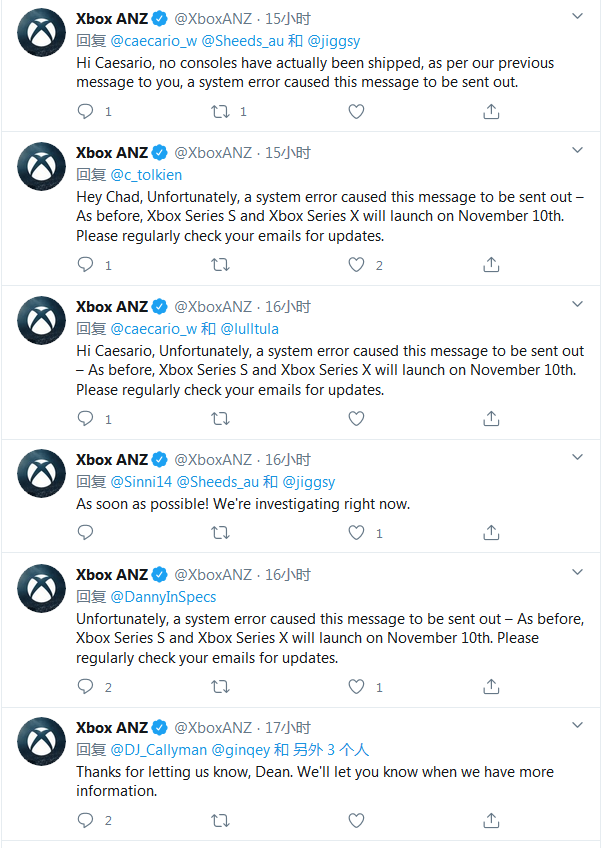 Australia and New Zealand were the first two countries to open up pre-orders, and many of the local large game stores sold out in a few minutes, making many players frantically looking for other places to next-generation Xbox game consoles.

In most cases, Amazon, as the main retailer, seems to be the first to sell out, and other large electronic chains are quick to follow. As expected, Xbox consoles on microsoft's store's official website have the most inventory and have proven to be a reliable option, with more people hoping to lock in pre-orders on launch days. With the progress of the day and the opening of more advance purchases around the world, we are likely to see similar situations in different regions.

Related news
Microsoft: Xbox series X will be downward compatible with thousands of games
Microsoft: Xbox series X will be downward compatible with thousands of games without shrinking the image quality
World of Warcraft 9.0 expansion: Xbox series X?
Xbox series X has decided to postpone its launch in November to next year
Cheap Xbox series X confirmed: price may not exceed 2500 yuan
Microsoft announced that the Xbox series X will be available on November 10 for $499
Microsoft Australia Oolong: Xbox Series X shipped early to Oct.27
Foreign players say the Xbox series X is smoking: Microsoft has not responded
USB charging Microsoft announces that the Xbox Series X "mini refrigerator" will be available in December
Pre-orders for the Xbox Series X mini-fridge are booming, and Microsoft is ramping up production
Hot news this week
The developer of the dating app Tinder has reached an agreement with Google over billing rules for its app store
Still did it! Canada has banned Huawei and ZTE from participating in the country's 5G network on "national security" grounds
Red Elf Lightning erupts in the Himalayas Spectacular Spectacle: Experts Reveal What Exactly Is This?
Shipments in the first quarter fell 11%, exposed Xiaomi, OPPO, Vivo cut orders 20%, Apple bucked the trend to increase production
The founder of the Internet Quick Hand Su Hua was taken away for investigation, and the fast hand responded: the news was not true
Wang Xiang, president of Xiaomi, explained that a shortage of low-end chips is a major challenge in overseas markets
Or for Studio Display Pro, the release of Apple's 27-inch Mini LED-backlit Display has been delayed by October
Tencent Q1: The business service business has "slightly decreased" year -on -year, and resource centralized video cloud and network security | View financial report
One picture to understand! Blue Factory has issued 3 new machines in a row: self-developed chip blessing, the narrowest lower border
Sony released the active noise-canceling headphones WH-1000XM5, equipped with 2 chips and 8 microphones
The most popular news this week
Audi advertising poster photos only sell for 8 yuan? Photographers question the unreasonable use of the photo purchase
Twitter spent $150 million to settle privacy and security lawsuits with the U.S. government
Hong Kong Hang Seng Index Opens 0.5% Baidu Hong Kong Stocks Open More Than 2%
Amazon's new CEO participated in a shareholders' meeting for the first time: to restore normal profit, ready to cut off the excess warehouse
Baidu, Shunwei and Fosun are shareholders, and pharmaceutical Internet "unicorn" pharmacists help hand over the watch to the Hong Kong Stock Exchange
Google CEO Pichai: Recession fears intensify The cycle volatility in the tech industry is even more intense
Amazon CEO first appeared at the shareholders' meeting: to restore normal profit
Sony claims that the full recovery of membership upgrade fees is a technical error
Taobao 618 will be launched in the Yuan universe shopping: three -dimensional "shopping Taobao"
Yuncong will be listed on the Science and Technology Innovation Board on May 27 at 15.37 yuan per share