Tesla argues that the vehicles recalled in China do not have defects: the driver problem

A few years ago, the raging Tesla Mode S/XFor this reason, there are many Chinese car owners and Tesla in court, which is really chilling. 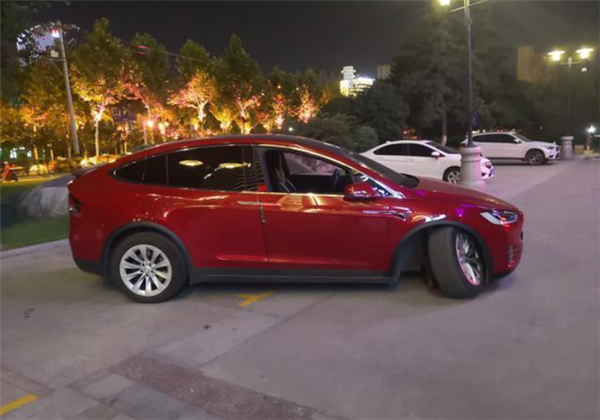 But for this massive recall, TeslaTesla believes there are no defects in the vehicles recalled in China, which were originally caused by driver problems. 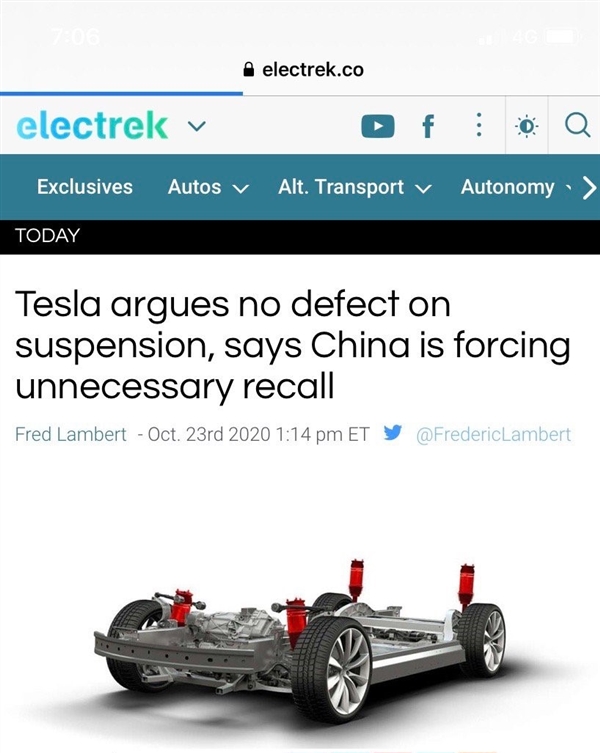 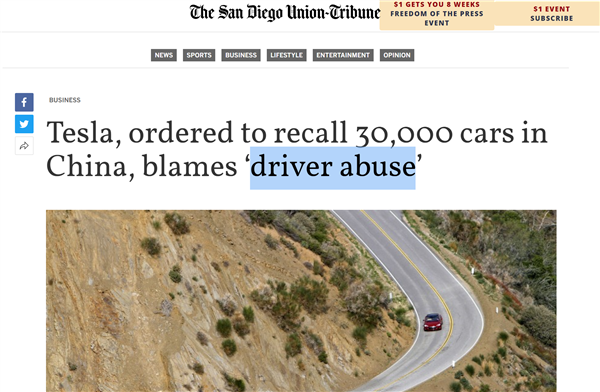 In a letter from Tesla lawyers to NHTSA,The company blamed the problem on Chinese drivers, said there was no safety issue and said it did not plan to recall outside China.

Tesla told NHTSA it disagreed with China's regulators, but Tesla said it was making voluntary recalls anyway to avoid

It is reported that the agency is in contact with Tesla to closely monitor the development of the situation, and will not hesitate to take action to protect the public from unreasonable security risks.

At present, Tesla China has not responded to this statement.

Yesterday, the State Administration of market supervision and administration announced on its official website that 29193 model s and model x vehicles with production dates from September 17, 2013 to August 16, 2017 will be recalled from now on. 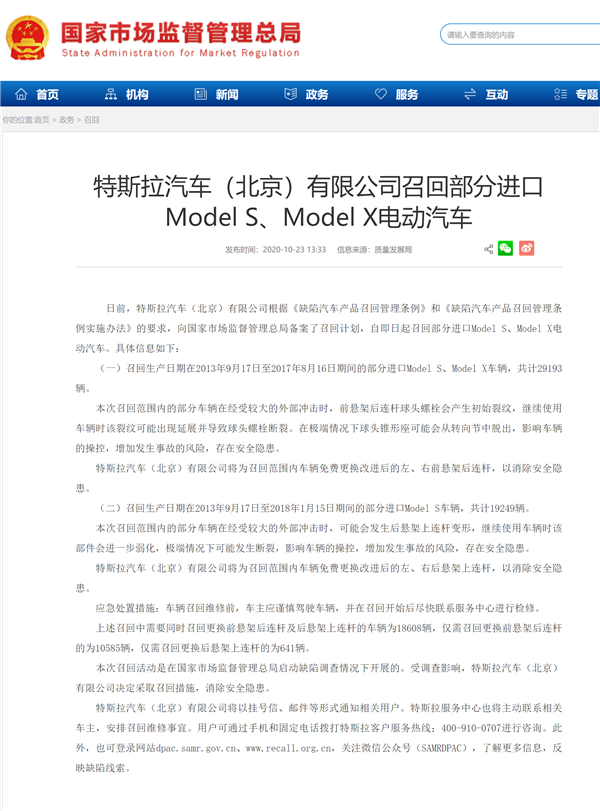 According to incomplete statistics, as of August this year, Tesla has sold more than 60000 model s and model x vehicles in China, which means that the total recall accounts for nearly half of the sales in China. 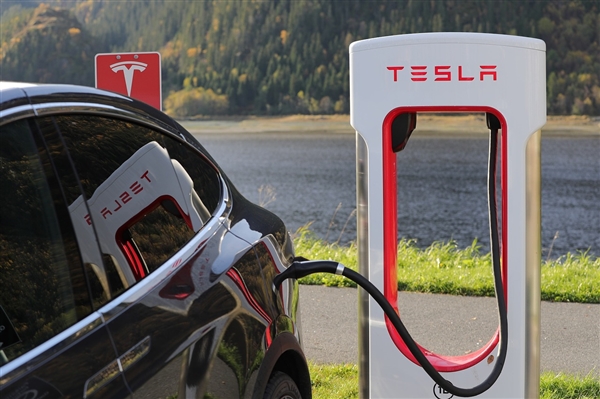 Related news
13 years of history NVIDIA gave up Tesla brand in a low-key way: name collision with electric vehicles
NVIDIA gives up Tesla brand in a low-key way: because of its name collision with famous electric vehicles
NVIDIA classic computing card series Tesla to be renamed: too confusing with Tesla
Semicon China: Huawei and Exxon bring semiconductor intelligent quality inspection and measurement solutions
Hot news this week
Heavy weight! Apple M1 exposes the first high-risk vulnerability: discovered by Chinese
Overseas sales of Chinese bicycles are crazy: nearly 16 billion yuan worth of exports have been ordered to the end of next year
IPhone 12 screen green: I choose not to forgive it
Only mobile phones can charge quickly? Huawei matebook X's dexterous and fast charging liberates your endurance anxiety
Lottery mode will be opened: it is reported that apple is looking for Samsung OEM M1 TSMC 5nm orders, accounting for only 25%
China Mobile Partner Conference is coming. It's so simple to start 5g life
The report says the world's largest producer of plastic waste is the United States: serious environmental damage
Improve the efficiency of diagnosis and treatment, improve the experience of medical treatment Baidu health won the "2020 Best Health Platform Award "
Philips show HDMI acousto optic synchronizer lights up family entertainment space with full scene light
Tencent is punished by Internet
The most popular news this week
Five years' rise path of deep double price and multi pinduoduo: three fundamental problems and four underlying logic
Huawei once again: we really do not build cars to help you build good cars
Xbox Series X play call of duty 17" brick "T group: under investigation and repai
9.9 yuan, python, 25000 per month? The truth is cruel netizen: not as good as station B
Windows 10 now supports more device driver updates
Full exposure of RTX 30 notebook graphics card
Short Tesla is like fighting against the Fed?
The secret of Xiaomi becoming the biggest black horse is in the best financial report
The battery mode of Ruilong 4000 notebook is inferior to Intel's 11 generation core? Linux platform test is not quite true
Linksys velop tri band mesh router now supports apple homekit