Apple will take the rights of the new 007 movie: for iPhone and other users

Sudden outbreak, so that many movies choose to postpone release, but there are also many publishers choose to play directly online, so copyright competition is very fierce.

MGM (MGM) is in discussions with Apple and Netflix to play James directly on streaming, foreign media reported

It is reported that,MGM originally planned to release "Impeccable to Die" in April 2020. But after the outbreak, the company delayed its release until November because global cinemas were forced to shut down. Although cinemas have been reopened, consumer enthusiasm has been slow to recover and film companies are reluctant to release blockbusters. Earlier this month, the release of Impeccable to Die was postponed again until April 2021.

According to the source, in order to win the copyright of the film, Apple will offer conditions that MGM can't refuse. The former will also play free for many users, of course, in line with a series of conditions of apple.

It is reported that the film, with a total length of 2 hours and 43 minutes, is the longest 007 film so far, with a production cost of about 250 million US dollars (about 1.67 billion yuan).

At 007: no time to die, retired bond is enjoying a secure life in jamaica, only to see an old cia friend Felix Leiter turn up for help, breaking a brief calm. Bond received a mission to rescue the kidnapped scientist, which was far more dangerous than Bond thought, and led him closer to a mysterious villain equipped with dangerous technology. 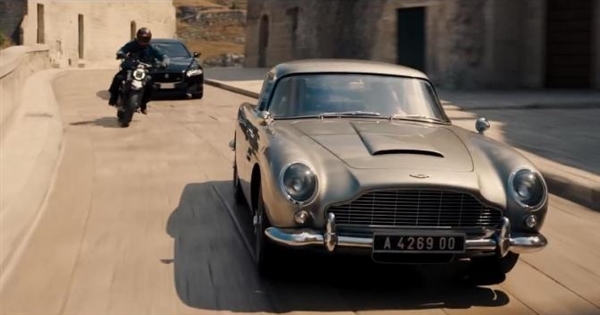 Related news
Apple Watch will be able to update the system independently without the iPhone
iPhone and Apple Watch are expected to be used to prevent stroke
Apple plans to launch 12 interest free installments of Apple card services
Apple One？ Is it Apple's own 88 members
Hot news this week
Heavy weight! Apple M1 exposes the first high-risk vulnerability: discovered by Chinese
Overseas sales of Chinese bicycles are crazy: nearly 16 billion yuan worth of exports have been ordered to the end of next year
IPhone 12 screen green: I choose not to forgive it
Only mobile phones can charge quickly? Huawei matebook X's dexterous and fast charging liberates your endurance anxiety
Lottery mode will be opened: it is reported that apple is looking for Samsung OEM M1 TSMC 5nm orders, accounting for only 25%
China Mobile Partner Conference is coming. It's so simple to start 5g life
The report says the world's largest producer of plastic waste is the United States: serious environmental damage
Improve the efficiency of diagnosis and treatment, improve the experience of medical treatment Baidu health won the "2020 Best Health Platform Award "
Philips show HDMI acousto optic synchronizer lights up family entertainment space with full scene light
Tencent is punished by Internet
The most popular news this week
Why isn't Intel afraid of AMD grabbing the desktop CPU market? Notebooks are so important
Microsoft confirms that it is developing cloudpc service: move your Windows 10 to the cloud (Figure)
Five years' rise path of deep double price and multi pinduoduo: three fundamental problems and four underlying logic
Huawei once again: we really do not build cars to help you build good cars
Xbox Series X play call of duty 17" brick "T group: under investigation and repai
9.9 yuan, python, 25000 per month? The truth is cruel netizen: not as good as station B
Windows 10 now supports more device driver updates
Full exposure of RTX 30 notebook graphics card
Short Tesla is like fighting against the Fed?
The secret of Xiaomi becoming the biggest black horse is in the best financial report