Apple will use TSMC's 5nm technology to make A15 chips

The company's A14 and A14X processors have been mass-produced at tsmc in five nm, according to the industrial and commercial times. It is expected to launch a new desktop computer A14T processor and apple's own drawing processor (GPU) next year. The company has started developing a new generation of A15 processors and is expected to use TSMC's 5 nm enhanced (N5P) process, starting in the third quarter next year, according to supply chain operators.

In the second half of this year, Apple launched its new iPad and iPhone 12 product lines, using its own A14 series processors. Among them, the full series of iPad air and iPhone 12 use A14 application processors. As for the arm architecture MacBook to be released in November, it will use its own a14x processor. Apple A14 and a14x have been mass produced in TSMC by 5nm process.

Apple has announced that it will introduce ARM processor of Apple silicon to replace Intel x86 CPU. In fact, since Apple developed the first A4 application processor for iPhone and iPad in 2010, the A-Series chips have experienced 10 generations of evolution. The learning curve of its own arm architecture chip research and development and mass production has also gone for 10 years. The computing efficiency and low-power performance are better than expected. It is expected that MacBook and IMAC processors will be converted into Apple designed by itself within two years Silicon。 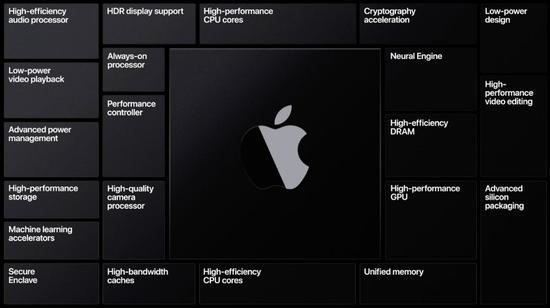 In addition to the first apple silicon processor a14x applied to MacBook, TSMC has adopted 5nm mass production. According to Apple's supply chain news, Apple will launch the first self-developed GPU, code named lifuka, next year, and the R & D code name is Mt.Jade In the first half of next year, the first 4nm processor will be produced on two desktop chips.

Apple's R & D team has recently begun to develop a new generation of A15 series processors. Among them, the A15 bionic application processor applied to Apple's new iPhone 13 series 5g smart phones next year is expected to adopt the 5nm enhanced n5p process launched by TSMC next year, and will be launched in the third quarter of next year, followed by the second generation Apple silicon such as a15x and a15t It is expected that TSMC n5p process will also be used for mass production.

According to the legal person, Apple's iPhone, iPad, macbook, IMAC and other product lines have begun to enter the generation alternation of A14 series processors. Moreover, the research and development of the new generation A15 series processor meets the expectation, and it will become TSMC's largest 5nm customer next year. Due to the launch of 5nm products next year, including Qualcomm, Broadcom, Marvell, Chaowei and MediaTek, TSMC's 5nm production capacity will remain full throughout the year.

ASML, a large manufacturer of TSMC and lithography equipment, will disclose more details of 3nm in a legal statement last week. TSMC adopts FinFET architecture and EUV micro shadow technology. Compared with 5nm, the logic density will increase by 70%, and the number of EUV mask layers will be doubled and more than 20 layers. Therefore, TSMC actively purchases EUV exposure machine equipment, and will be the semiconductor factory with the largest EUV production capacity in the world in the next three to five years. Suppliers including Jiadeng and Chongyue are expected to benefit.

TSMC EUV lithography technology is in mass production and the process covers 7 nm、6nm、5nm. According to the equipment industry, TSMC 7 nm uses up to four layers of EUV mask layer, and the new generation Zen 3 architecture processor is expected to use the process for mass production. Six nm have entered mass production in the fourth quarter, EUV the number of light cover layer than 7 nm, including MediaTek, Huida, Intel and other large factories will use 6 to produce a new generation of products.

TSMC will start mass production of 5nm process in the second half of the year, mainly for Apple's A14 and a14x processors, including Galway, Qualcomm, Huida, Intel, Broadcom, and Marvell, etc. will introduce 5nm process to mass produce new generation products after next year. The maximum number of 5nm EUV mask layers can reach 14 layers. Therefore, Fab 18 plant has built a huge EUV exposure machine. In response to strong demand, TSMC will launch a 5nm enhanced n5p process and introduce it into mass production next year. In the following year, it will launch a 5nm optimized 4nm process. Equipment manufacturers expect that the number of layers of n5p and 4nm EUV masks will increase compared with 5nm.

TSMC announced at a recent conference that 3nm R & D progress is in line with expectations and will be another major process node. Compared with the 5nm process, 3nm logic density can be increased by 70%, the operation efficiency can be improved by 15% under the same power consumption, and the power consumption can be reduced by 30% under the same operation efficiency. For the first time, the number of EUV mask layers used in the 3nm process has exceeded 20 layers, and the industry estimates that the maximum number of layers can reach 24.

TSMC's 5nm and 3nm EUV mask layers have increased in multiples. Jiadeng, which provides EUV pod, has benefited the most. The production capacity of this year and next year has been fully reserved by major customers. As for the EUV production capacity increased significantly, the agent of EUV photoresist Chongyue orders, orders are also scheduled to the second half of next year.

Related news
Apple will use TSMC's 5nm technology to make A15 chips
Apple plans to use TSMC's next generation 5 nm A15 chip in iPhone 2021
The latest news of iPhone 13: the first A15 processor and Apple's reduced bangs
Apple will become TSMC's biggest 5nm customer this year: paving the way for chips such as A15
Apple first squeeze toothpaste! A15 chip run exposure: only one digit increase
According to the news, TSMC has begun to produce A15 processor for iPhone 13: more than last year
IPhone 13 starts! Apple releases a large number of A15 orders: enhanced 5nm process
Apple A15 parameters, performance exposure: 5-core GPU plus, stronger than A14
According to the news, apple A15 has a 6-core CPU structure: 5nm is the strongest technology blessing
Apple's rush for capacity: it is said that it has ordered more than 100 million A15 processors in TSMC
Hot news this week
Monkey acne cases have ranked first in the world that the United States has announced the emergency state of public health
Credit card points rule intensive adjustment online transaction points more "valuable"
High reserves and low cost experts: calcium ion batteries replace lithium batteries to stand up to the daily
Alibaba executives interpret financial results: the focus of the consumer side is no longer to attract new, but to do a good job in stratified operation
Losses in a single quarter of $ 23.4 billion a record, SoftBank did not carry the plunge of technology stocks and the devaluation of the yen
The prevention and control of the American Monkey epidemic has failed. What should I pay attention to?
Sources say Samsung's Galaxy Z Fold4 is going up in price: a 512GB top unit will cost more than 13,000
Is the micro -business headache? WeChat friends are suspected to have a big move: 7 can only be posted a week
Kuaishou launched a self-developed cloud intelligent video processing chip: The chip has been streamed successfully
The new product of Xiaomi MIX is coming: both internal and external dual -screen has been upgraded to make up for the previous generation.
The most popular news this week
Girls are the worst offenders: Put down your phone
Byte medical layout to take another step forward Internet enterprises to break offline needs long-term investment
Sony confirmed "Mysterious Sea: Thieves Legendary Collection" for sale during the year
Lenovo announced the rescue of the head show VR700: true 4K, support iQiyi network resources
20TB free! Ali Cloud disk full compensation 15 days super members
Than apple conscience! Moto's new flagship comes standard with 125W charger: half charge in 7 minutes
Wechat update 8.0.27 beta version: small program opening faster
Zte launches 5G smart helmet: Support voice control, gas detection and other functions
Meizu application Flyme Auto trademark: flyme is really going to get on the car
Do you get enough sleep every day? Girls get the worst of it: Put down your phone