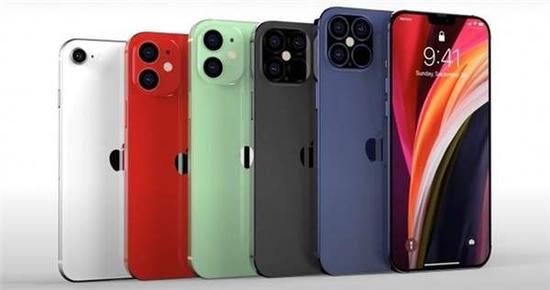 Whether you buy the iPhone 12 series or not, the brand-new iPhone is an exciting mobile phone. Paying homage to the classic industrial design, the strongest performance and photos so far, and the standard global 5g network support, Apple has once again refreshed the comprehensive product strength of high-end mobile phones.

Surprisingly, after the official launch of the iPhone 12 and iPhone 12 pro, many consumers began to give feedback on the use of the new model. Among these problems, the most popular one, which became the topic after the press conference, was that the iPhone 12 series did not achieve the expected endurance performance, which was significantly backward compared with the previous generation of iPhone 11 series.

The iPhone 12 series is definitely the thinnest of high-end mobile phones in 2020. No matter the iPhone 12 Mini weighing 133 grams or the iPhone 12 Pro Max weighing 226 grams, the thickness of all four phones will be controlled at 7.4 mm.

Everything has a price, and apple can't compress the thickness of the phone out of thin air. According to the actual disassembly survey and data, the iPhone 12 series used smaller battery capacity for ultra-thin body: the iPhone 12 Mini is 2227mah, the iPhone 12 / iPhone 12 Pro is 2815mah, and the iPhone 12 Pro Max is 3687mah, which is about 300mAh less than the previous generation.

We are not the first day to use electronic products. We all know that the battery capacity is directly proportional to the battery life. Naturally, we have doubts about Apple's battery capacity reduction. There was another voice that Apple had made the iPhone 12's endurance consistent with the previous generation through 5g / 4G intelligent switching capability and hardware and software technologies such as A14 chip in 5nm process. However, the expectation was broken. 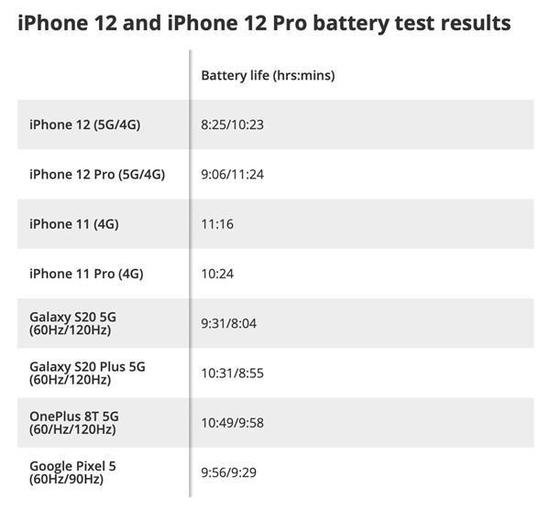 Buy a 5g mobile phone but have to turn off 5g in order to maintain the service life, which seems not quite reasonable, should be prepared to deal with measures. In an interview recently, kaiann drance, vice president of marketing of apple, said that in addition to providing intelligent data mode to switch back to 4G when unnecessary, apple is working with operators to complete the service life of iPhone 12 series under 5g network.

It turns out that Apple had known for a long time that the follow-up flights of the iPhone 12 series would be significantly reduced if 5g was opened, but it still released the product without any measures, and finally slowly said that it would continue to improve? Objectively speaking, this is not the case, but Apple has not done enough.

Apple has done a lot, but not enough 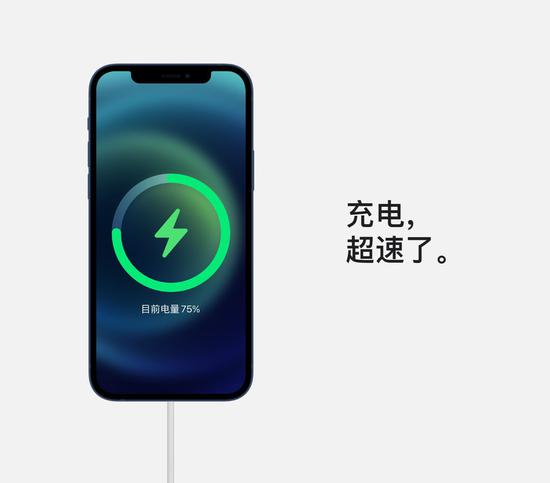 Software optimization is also an effective way. IOS's power-saving mode helps a large number of iPhones avoid frequent use of mobile power, and can support a day of home recharging. For the intelligent data mode of iPhone 12 series, you can automatically switch to 4G network in daily use. Only a large number of downloads and other scenarios will return to 5g state.

Apple may be able to do more than work and regret. From the point of view of the dismantling contents, some models do not have three camera and millimeter wave antennas, but have the space filled with plastic parts. In fact, they have the opportunity to plug in larger batteries to improve the service life. Maybe in order to ensure the reuse rate of parts under multiple models, we finally failed to see that result. 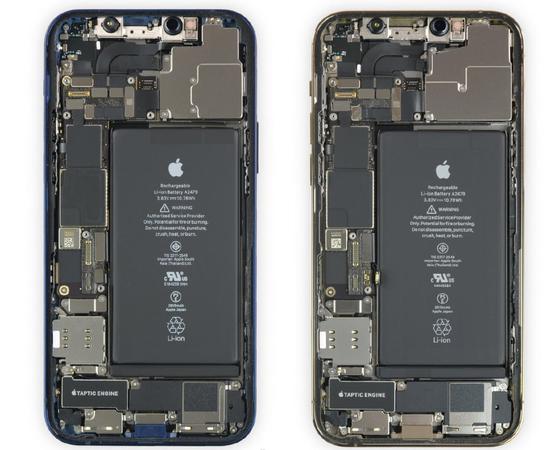 The research and development workload and parts cost of this generation of iPhones are indeed not small: from 2017 to 2019, Apple released three iPhones in the autumn conference, but this year it was upgraded to four (iPhone 12 and iPhone 12 Pro share the vast majority), and to prepare the corresponding millimetre wave version, it is actually equivalent to at least eight mobile phones.

The iPhone 12's battery life has reached a new stage. Why does Apple prefer to compromise between hardware and software, and put 5g support above battery capacity and corresponding endurance?

This is the future of communication, but 5g is very embarrassed

The first is the market environment. Since the global 5g network business began in early 2018, almost all new high-end mobile phones have provided 5g support, and the iPhone 12 is hardly an exception. The mobile phones launched in the second half of 2020 do not support 5g, which is very unfavorable for marketing and network support. Moreover, people have been waiting for 5g iPhone for more than two years.

Secondly, as an important business partner of apple, operators need 5g network support. The iPhone 12 inherits the tradition to provide 5g network support with the most frequency band, covering the most regions in the world. It seems to be for the convenience of global users, but in fact, the most beneficial is the operator: the most popular smartphone supports 5g, so the network utilization rate and related revenue will rise. 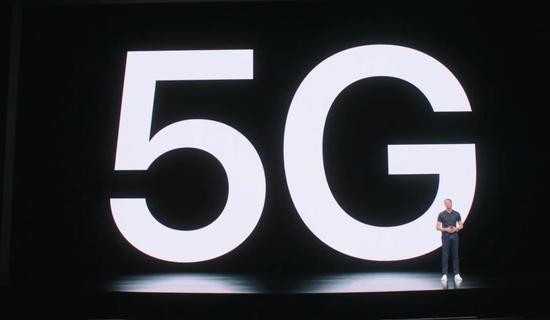 Of course, there is also a beauty problem. Instead of the rounded edges and corners of iPhone 6, the iPhone 12 returns to the flat fuselage created by iPhone 4, which has higher requirements for thickness. If you increase the battery capacity and thicken with the body, then the lightweight feel at 7.4mm will not exist, and Apple may not be able to put it.

The shape change of Android camp is to adapt to 5g power consumption demand. It is true that the parameters are getting thicker and heavier, but they have come to the capacity of more than 4000mAh, and they have developed a new selling point such as high refresh rate. If you are impressed with the data above, you must know that the 120Hz Android flagship will perform better than the iPhone 12 in the 5g network.

The problem with 5g is not just about endurance. Whether it's sub-6ghz or millimeter wave, all media in China, the United States and other countries find that 5g experience in the second half of 2020 is still not perfect. Several iPhone 12 reviews have found that the relatively continuous 5g network coverage in big cities is rare now, and it often falls back to 4G after being connected for a while.

The fever associated with high power consumption can not be ignored. Several users who have bought the iPhone 12 series have said that the new mobile phone has a perceptible high fever. This is not an example. Even Li Nan, a former senior vice president of Meizu, has publicly expressed that the fever is more obvious. The autumn and winter season may be fine, but when the flowers bloom in spring, it may be more than just scattered and mentioned.

At this stage, 5g is a little hard to please. All parties have made more concessions, but the return obtained is not small compared with the expected. Apple and operators are embarrassed. 5g, which was originally the biggest selling point, has become the biggest slot point. However, it has to be compensated by various methods. It seems that the process of the global 5g era will not be as painless as switching from 3G to 4G.

How Apple solves the long-term performance of the 5g network may affect the long-term sales performance of the iPhone 12 series. If the optimization is still not feasible, I'm afraid it can only be solved by increasing the battery capacity of the next generation iPhone. With Apple's stubborn temperament, it may not be reasonable for a single generation to abandon the light design and embrace the big battery, but it is also the best way to restore public praise.

Related news
The History of the Development of the iPhone Camera
IPhone, 10 years
Reuters: 5g iPhone 12 mass production delayed
Apple's four iPhone 12 phones released: 5g support, homage to iPhone 4
IPhone 12 delay: winter is coming
5g kills iPhone 12?
IPhone 13 series named iPhone 12s: price too conscience?
Hot news this week
Sources say Penguin Random House's deal to buy Simon & Schuster has fallen through
Any chance of taking over the agency? Sources say Tencent has been in contact with Blizzard for at least a year
Blizzard's founder responded to NetEase's contract renewal: Cooperation is a two-way street, and we will do our best to make Blizzard games accessible to Chinese players
Ali suddenly released a new chip, the domestic chip breakthrough, abandoned the American chip fantasy
Better than Huawei or Apple? It is revealed that Samsung S23 uses satellite communication: can also space voice
Players recognized as the best of the year! The Old Man Ring won four awards at the 2022 Pension Rocker Awards
According to sources, TSMC replaced Samsung to win a large order of Tesla's assist driving FSD chip, based on the 4/5nm process
Today is the 18th anniversary of Blizzard's World of Warcraft: unfortunately, the national service will be discontinued in January
Jinshanyun reported revenue of 1.97 billion yuan in the third quarter, down 18.4 percent year on year
Xiaomi Q3 has not returned to the normal growth track. Wang Xiang: The idea of high-end strategic quick wins is incorrect
The most popular news this week
China AVS3 video, audio standards rise! 8K/4K/ mobile for the first time
AMD ripper is finally not lonely! Intel Fever U returns to 56 core hard carry 64 core
The price of Xiaomi 13 to 4,500 yuan has sparked heated debate among netizens: Should you buy Xiaomi at more than 4,000 yuan
Thunder online game accelerator announced that it will be officially suspended on December 1
With the NIL technology, Canon wants to provide China with a lithography machine comparable to the EUV
Wechat iOS version 8.0.31 private test update: Added the function of dragging pictures and videos to send with one key
AMD Zen4 12 core price record low! The cumulative price drop is 20%
Priceless metal is thrown away: One million scrap mobile phones can recycle 68 kilograms of gold
The world's first 6GHz! Intel's "Ashes Edition" arrives early: You're out of the sky
SONY loosen up! PlayStation's multi-year super exclusive is coming to PC