IPhone 12 series short board summary: not only poor endurance

When the iPhone 12 was not released, I think everyone was still very excited. Xiaobian had missed the appearance of iPhone 4 and was looking forward to the innovative release of the old model.

Fortunately,The final launch also fulfilled the return of the iPhone 4.

However, the new generation of iPhone 12 seems to lack a lot. The bangs are still the same, and the battery capacity is still the same. 5g is not very perfect. What's more, it costs more electricity. For me, the only bright spot is the new frame.

It is also because of this, although the first batch of pre-sale I put into the shopping cart on time, I still resisted the tangle and did not start.

But after the official launch last week, I felt even more tangled. Today, when I came to the company and saw that my colleagues had one, I felt regret.

I'd like to order one quickly, but I find that the apple store is out of stock. The earliest delivery is a week, and the hot color model takes two or three weeks. It made me regret a little.

The teacher told me not to make a decision too soon. This did not give me some comfort. Seeing these problems, I was even a little glad that I didn't buy the iPhone 12.

The signal is still urine 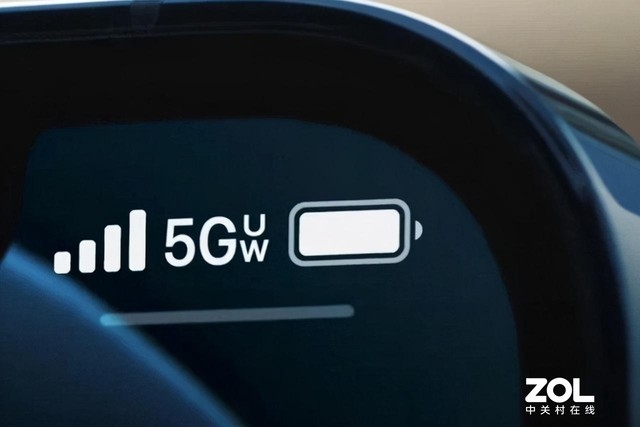 But even on the iPhone 12,Apple updated 5g, the weak signal problem still can not be solved。

What's more difficult to accept is that the 5g of the iPhone 12 is pseudo 5g, that is, it will switch between 4G and 5g signals seamlessly. However, Apple will let the mobile phone continue to display 5g. You say it's irritating. 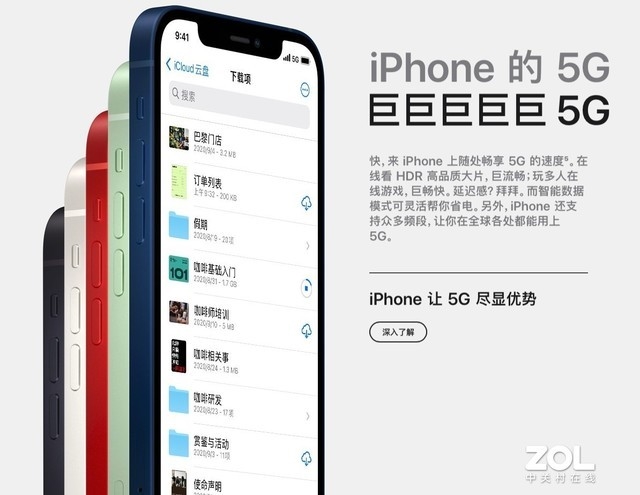 It's possible that you've been using your mobile phone for a whole day, but in fact it's only a few minutes before you get 5g.

In addition, although both of them support dual cards except mini, 5g is not supported in the case of dual cardsIt is said that it will be solved through the system in the later stage, but I don't know it will wait until the year of monkey. 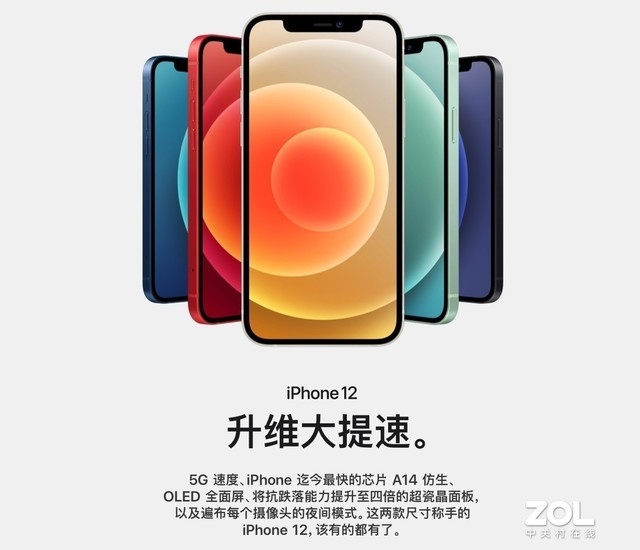 Well, apple is so sweet! I'm afraid that the traffic is running too fast. I don't want 5g if I can't use it. Just see 5g.

The battery is small

The first time the iPhone 12 uses 5g, it has learned this deceptive 5g trick. Yes, it's apple.

Apple is trying to keep 5g away. It's because the battery is small. 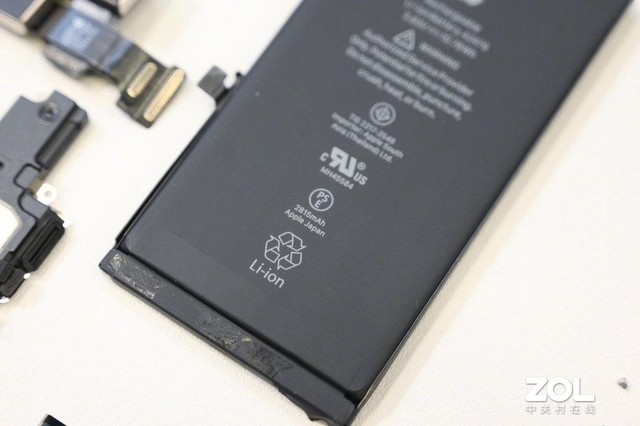 Is 5g on when the theoretical value is tested? Turn on 5g and you'll know. The power is visible to the naked eye. 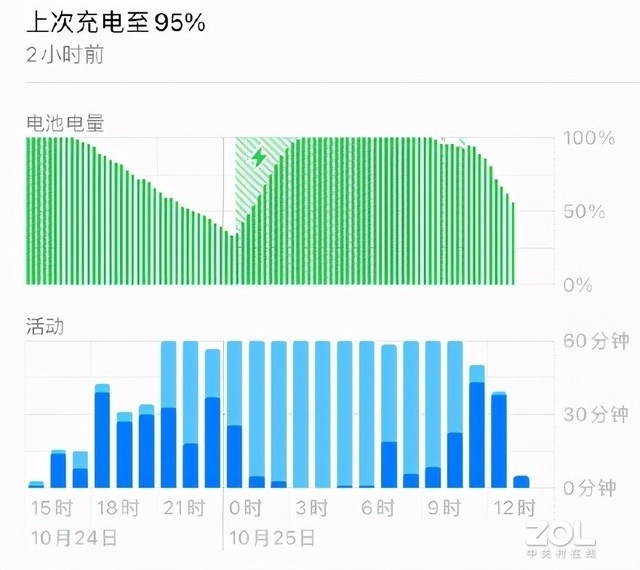 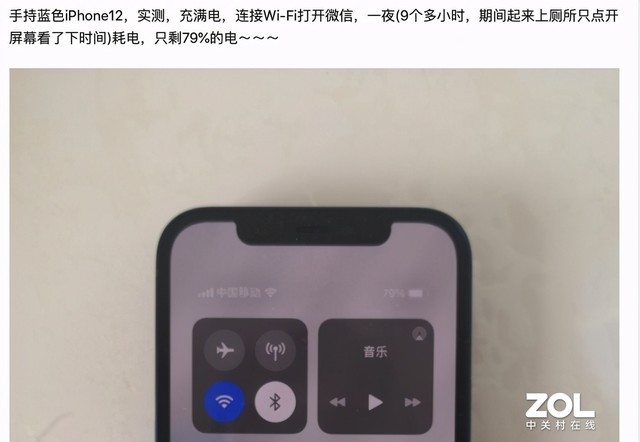 What's more, it doesn't matter if the battery is small. The power consumption problem can't be solved. The God class IOS 14 is very easy to use, but you can secretly consume power at night. Do you know, some netizens directly report that they lose 21% of their power overnight.

Although it is not so exaggerated, there are still standby power consumption. Some people say that it is because the mobile phone has just been relocated and has not yet fully adapted. It needs a week to adapt (the small editor knows that the data is still not adapted to the local conditions?)

The problem of battery life is that the mobile phone needs to adapt??? 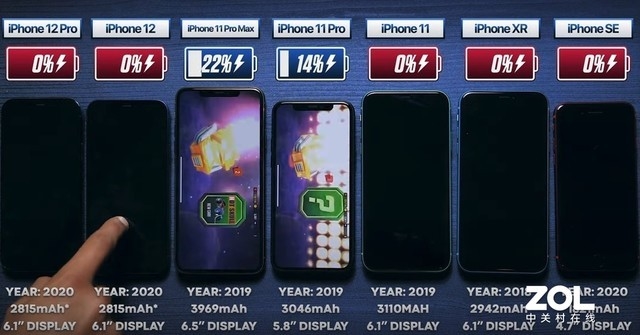 Some foreigners also sent out the test results, so it seems that 12 has improved the pro but reversed the optimization. What is your actual experience?

Color makes netizens cry out to be cheated

Once the real iPhone 12 machine was exposed, netizens who saw the new color of blue iPhone 12 yelled at being cheated. Is this cheap blue color really made by apple?

As a result, iPhone 12 Blue once dominated the hot search list. The original concept of green environmental protection came from here. As a result, Netizens found that the forgiveness green released last year has become more beautiful this year (people have never had such obsession with green, except for hats). Therefore, hot search has changed from iPhone 12 blue to iPhone 12 green.

Apple doesn't have much innovation in color this year. I just want to say, can't the once popular rose gold color scheme be inherited? That's sure to sell well!

See this, you must say, nonsense, whose hand is so affectable! The victim is posted below for you to see! 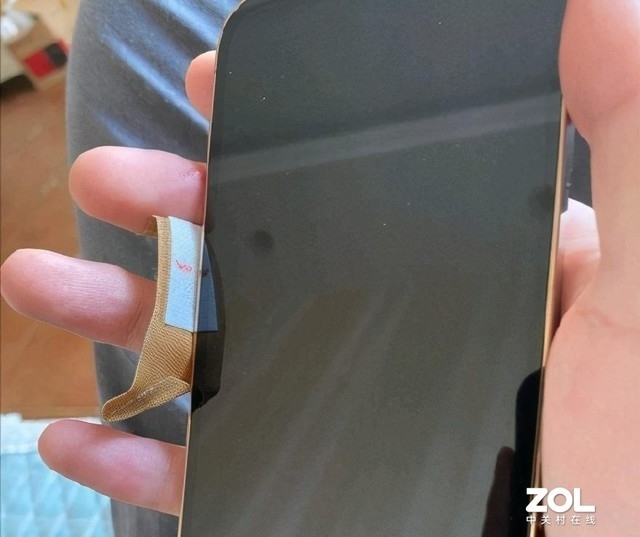 The new style really makes many people, including Xiaobian, quite like it, but does the stainless steel frame really not affect the feel?

Although the feeling of the hand is a metaphysical problem, it is not comfortable to hold it, but it is a little uncomfortable to cut the hand.

According to netizens, iPhone 12pro has cut hands. After only a few days of use, it has already appeared red and swollen, and netizens have seen blood. 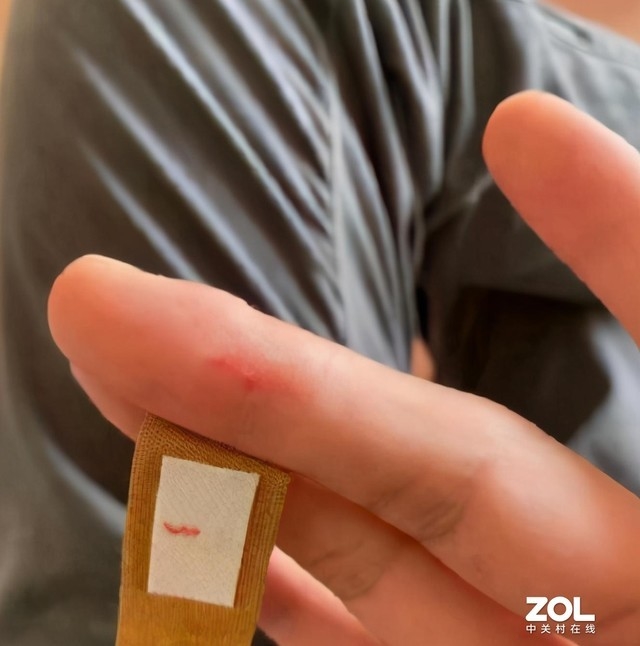 Of course, it doesn't mean that if you hold your hand normally, you can draw blood marks, and the pictures of the informant are slightly exaggerated. However, according to the actual experience of colleagues, the hand feel is not very good, but the situation of hand cutting does not occur. Is it because you want to cut vegetables to cut your hands?

In the 21st century, do you still have paint off?

The latest news, the latest news, iPhone 12 paint off! What's the matter? Just a few days after the release, the paint fell off. It turns out that some netizens found that the iPhone 12 in the apple direct store actually dropped the paint. 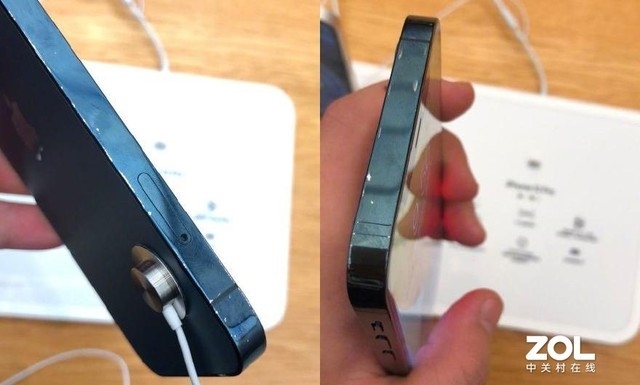 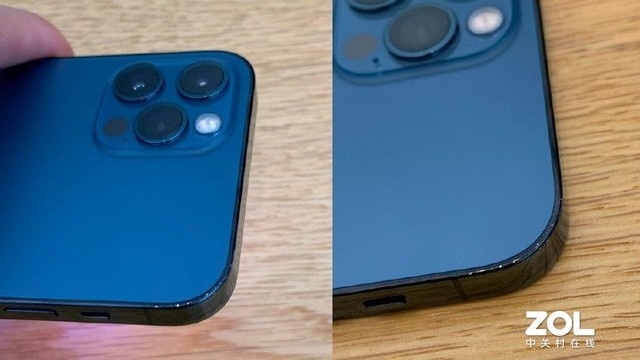 Is it that too many people in the apple store have touched off the paint?

You see, you see, this is Apple's hype about the new technology, how can you still paint off.

According to online news, the bright stainless steel frame on the side of Apple iPhone 12pro has fallen off paint on a large area. It's just for the display machine that many people touch it?

Then I have imagined that the iPhone 12pro will look like a year later, and it's hard to look directly at it.

Parts are expensive, but you can't buy them!

No matter how the paint fell off and the hands were cut, I would like to advise you who have bought a new mobile phone to arrange the mobile phone case quickly. 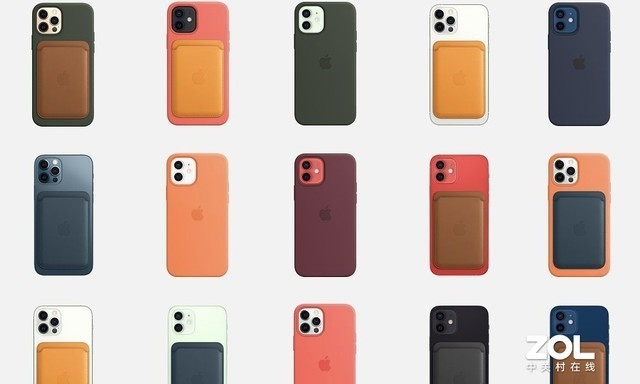 Where to buy mobile phone case? Apple intimate to do for you ah, a transparent shell, not expensive, not more than 300, not suffer losses or be cheated.

The new MagSafe transparent protective case has more rings than last year, because this year the iPhone can also use stethoscope, but the iPhone 12 can be perfectly magnetized, but the iPhone 11 can't be magnetized. It doesn't matter. The circle on the shell is useful. How realistic. 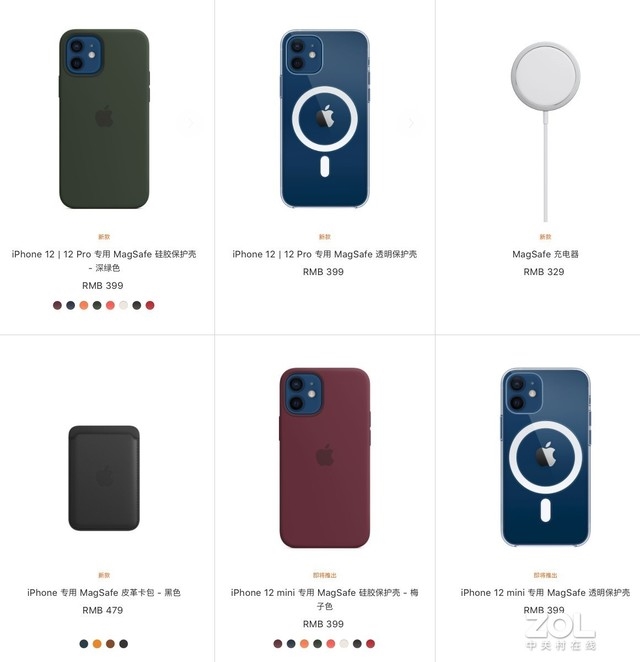 Don't you think the battery is not enough? I want to buy a thousand yuan smart battery case for iPhone 11?

Sorry, No. But the same size you can buy a card case, you can easily put down three bank cards! It's only 479 yuan. If you have more money, hurry up!

You think it's just that simple? You are wrong. It is said that the magnetic suction ring on the back of the iPhone 12 will degausse the bank card. Not only that, apple admitted it generously today, but also strongly recommended purchasing their card case. Apple is the real skin, and you can make money for it!

At this point, you will find that buying a mobile phone is just the beginning of apple, and you are overwhelmed with accessories.

In the name of environmental protection, I just want to make money

You don't want to buy an official mobile phone case. If you want to buy a 9.9 yuan package, I won't stop you, but you can't recharge it! 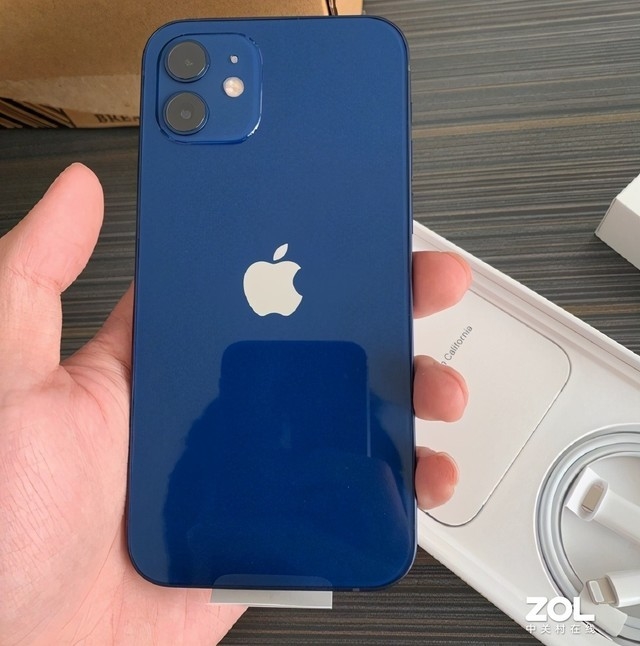 My God, it can be called Apple's most popular operation this year. Canceling the charging head is nominally for the sake of environmental protection, so you can't charge your iPhone. Apple said that everyone has a lot of chargers at home, so they don't give them away, and there are also many earphones.

(I don't know when Apple will say that we all have mobile phones, so we won't make iPhones.) we don't give away accessories. However, Apple has magically sent a data cable that has never been used before, a cable from type-C to lightning. If you want to use this cable, you have to buy a charging head corresponding to the type-C interface. The official price is 149 yuan. 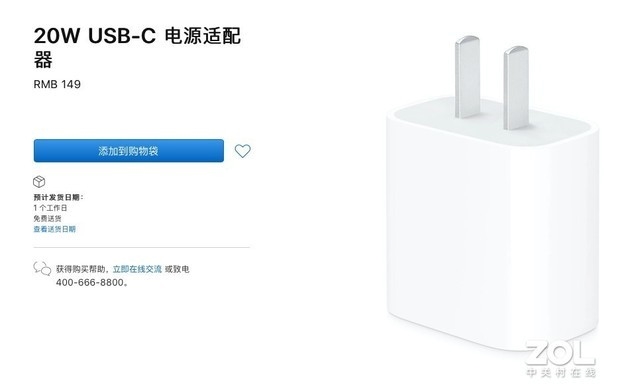 Apple really does business! The core is here! The netizens who know the truth yell hule a slot, apple 666 ah, feelings you environmental protection I pay?

It seems that I can't persuade you. You have to buy it. Then I recommend you to start with the official website directly. Interest free period 24 is quite reliable.

At Apple's command, there are almost no discounts on e-commerce platforms. It's not as good as buying on the official website.

Buy early and enjoy it early. Don't wait for the price to be reduced. It's not for hundreds. You see the iPhone 11 is down now, no, but do you buy it? Don't wait until thirteen fragrance is released before you want to buy it.

Finally, I wish you all a good time! 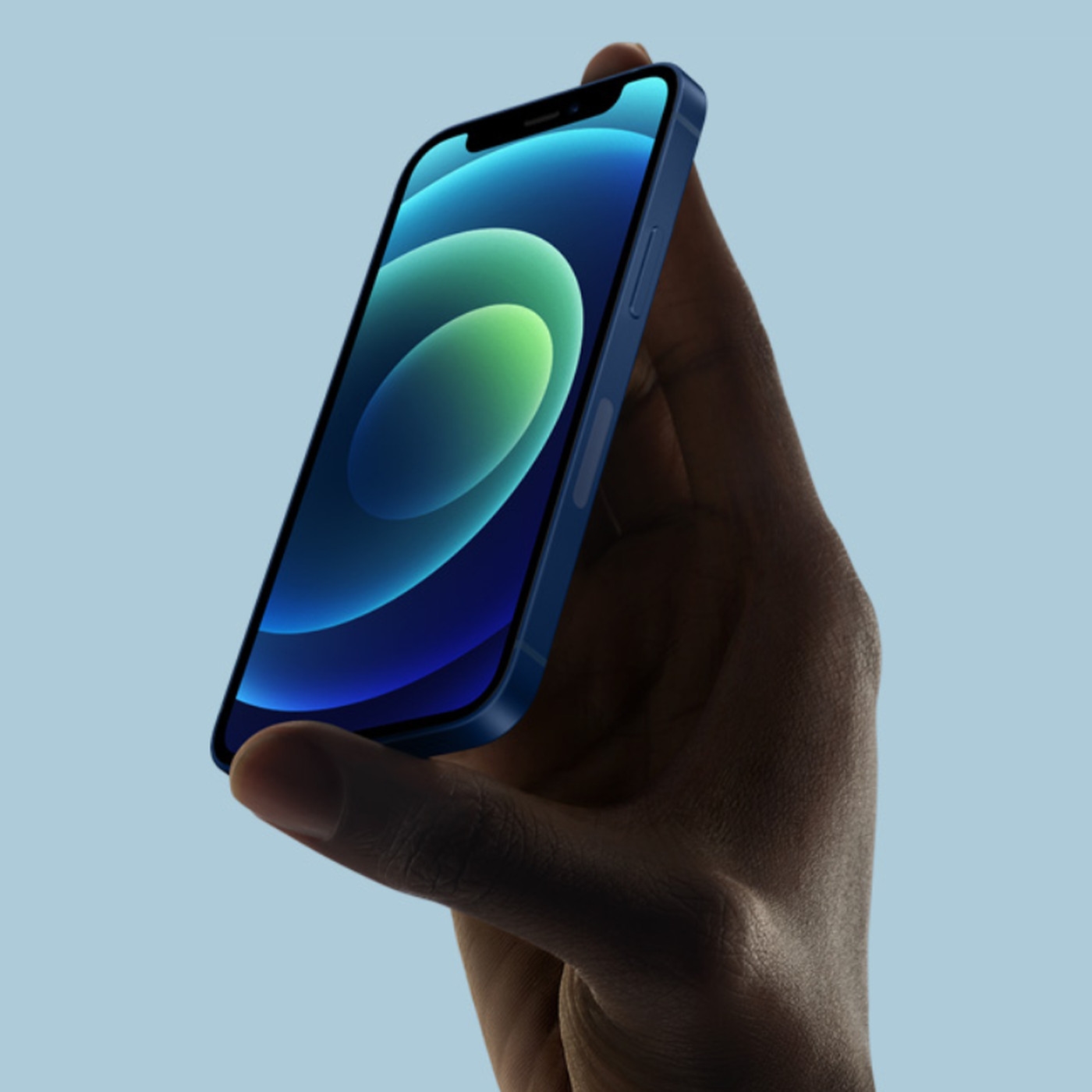 Related news
Success and end of iPhone x R
How is the new iPhone SE、iPhone 11、iPhone XR different? Which one to buy
iPhone 12" popular lover "or" tasteless food "?
Are iPhone 12mini enough to continue?
iPhone 12/12Pro Week Experience: No Hand Cuts ,5 G Signal Ba
How to experience iPhone 12 Mini with one yuan
How is iPhone 12 fast charging
Hot news this week
"GTA6" was stolen by a hacker without being released. How can the game company defend the source code?
The new rules of Internet popover will be implemented on September 30, and the chaos of "bully screen advertising" is expected to be eradicated
Google is shutting down its Stadia cloud gaming project, with the developers involved saying they had no knowledge of the plans
Brother sent a mobile phone to pay 200 yuan to pay the owner to the police: money is not scraped by the wind
Mate 50 Kunlun version is in short supply! Huawei additional production capacity: October supply can improve
IPhone6 officially "retired", its series sold 250 million units, second-hand purchase price is now as low as 100 yuan......
After a lapse of 28 years, the Chinese women's basketball team won the World Cup runner -up Li Meng's T -shirt on fire
Woman addicted to 'A Sheep' husband worried about being cheated to report for help: official confession
Apple responds to the iPhone accident monitoring cannot be triggered 100%: no minimum requirements are met
Meituan Wang Xing: Chinese auto companies will definitely win, "NIO, Huawei, ideal" will replace BBA to occupy the high-end market
The most popular news this week
Girls walk to play mobile phone hit telephone pole forehead bulge: hope friends learn a lesson
The Snapdragon 8 Gen2 flagship of the Year is here! The standard battery may not even be 4000mAh
Boot up is the new high-end flagship of Android 13 first look: performance is crushed by iP14
Are you enough? Microsoft announced that all compatible users can upgrade win11 2022
American Infrastructure Revival 8000M Fiber Broadband: The same speed, unlimited upward speed, unlimited
Brazil approves Activision-Blizzard deal
Apple doubles U.S. manufacturing: mostly small-scale test production, only Mac Pro assembled in the U.S.
EPIC CEO Angry Apple App Store price increase: Apple is like a landlord, developers have nowhere to go
Xiaomi Group: $ 117,000 repurchase 4,800 shares shares shares
Sub -iPhone 14! Huawei New Machine Release: Snapdragon U Blessing