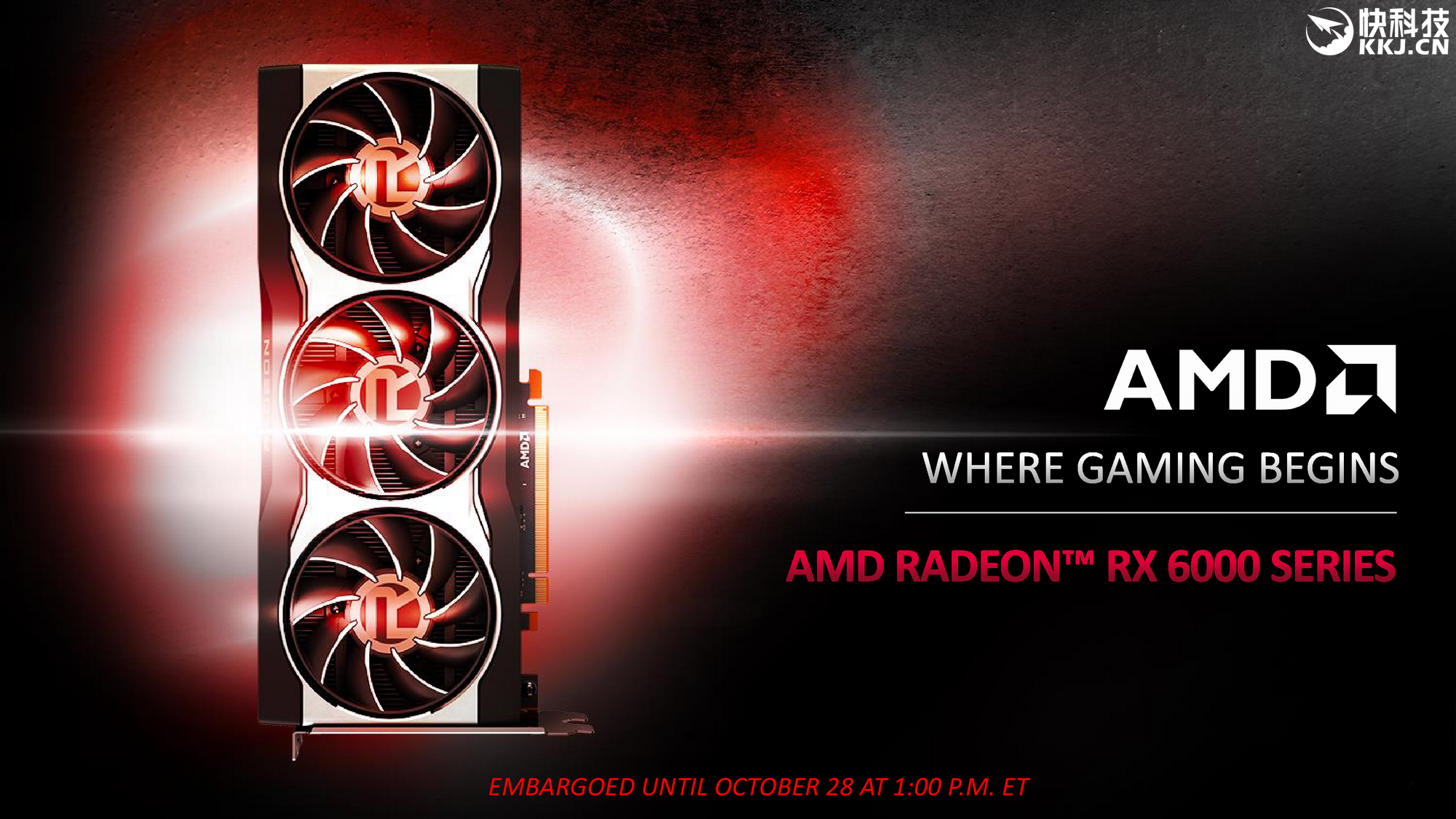 As a follow-up to the RX 5000 Series rDNA architecture, David Wang, senior vice president of engineering research and development of AMD's technology division, said that,The task goal of rDNA 2 architecture is to double the performance, improve energy efficiency by at least 50%, and fully support the technical features such as dx12 ultimate, all of which should be completed in 16 monthsIt's very challenging.

In the end, the development team not only achieved the target, but also exceeded the expected performance.

First of all, the rDNA 2 GPU architecture is the same as the Zen 3 CPU architecture,They are not equipped with the new manufacturing process, or the original TSMC 7NmIt's just that the process itself is more mature, and EUV lithography is not used. Therefore, all the performance and energy efficiency improvement of the actual product all come from the change of the architecture itself, which is more difficult. 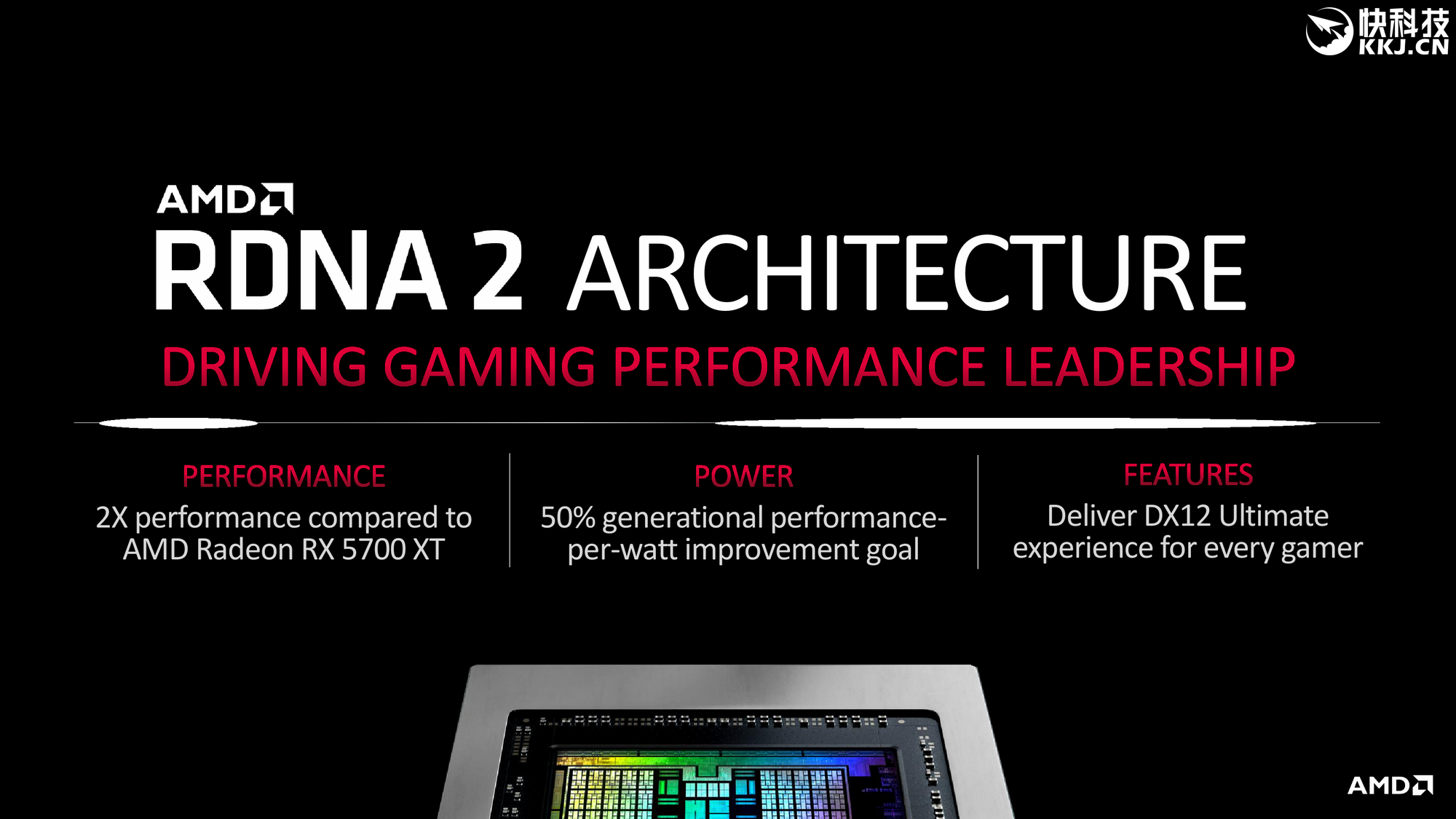 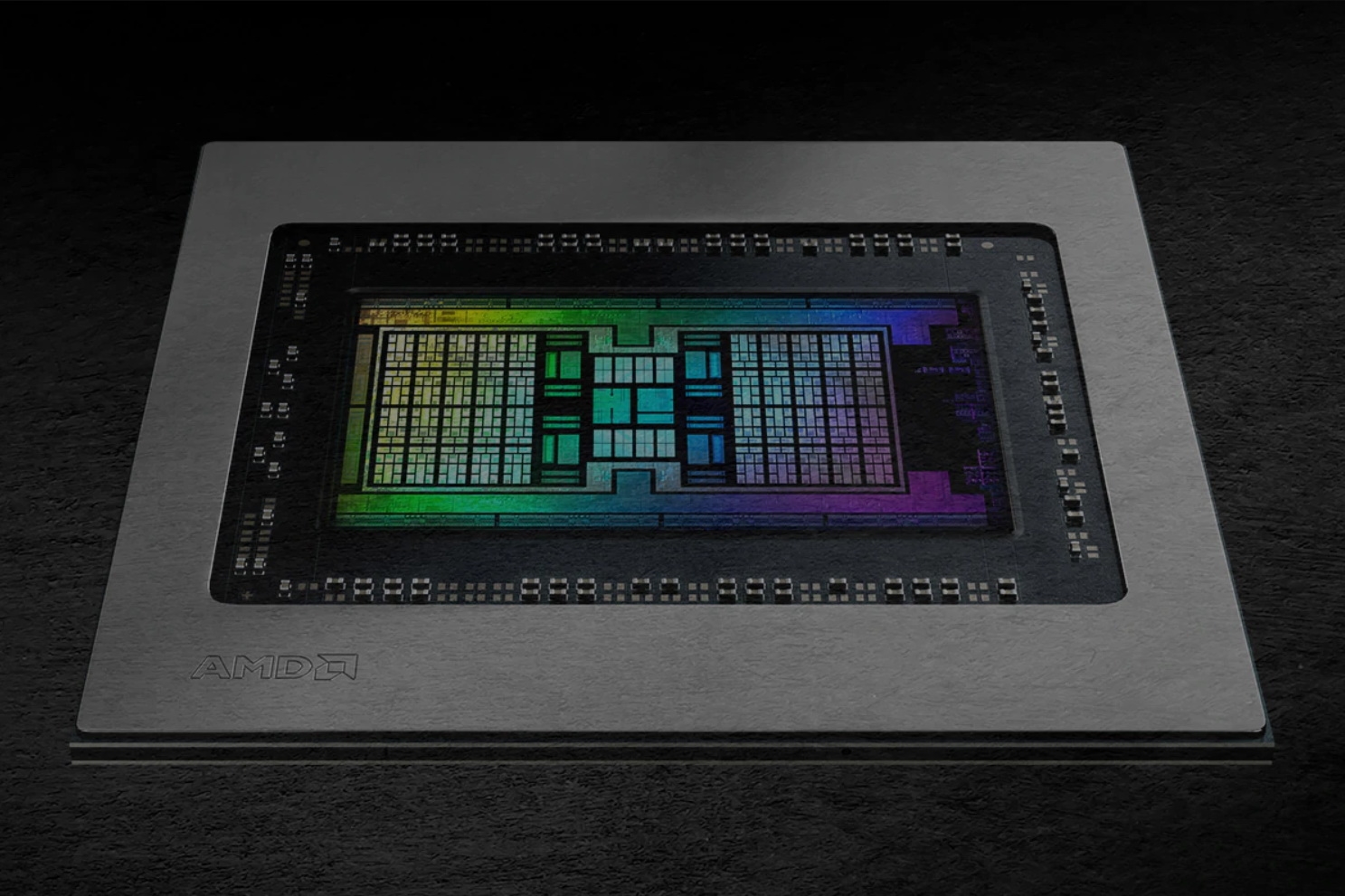 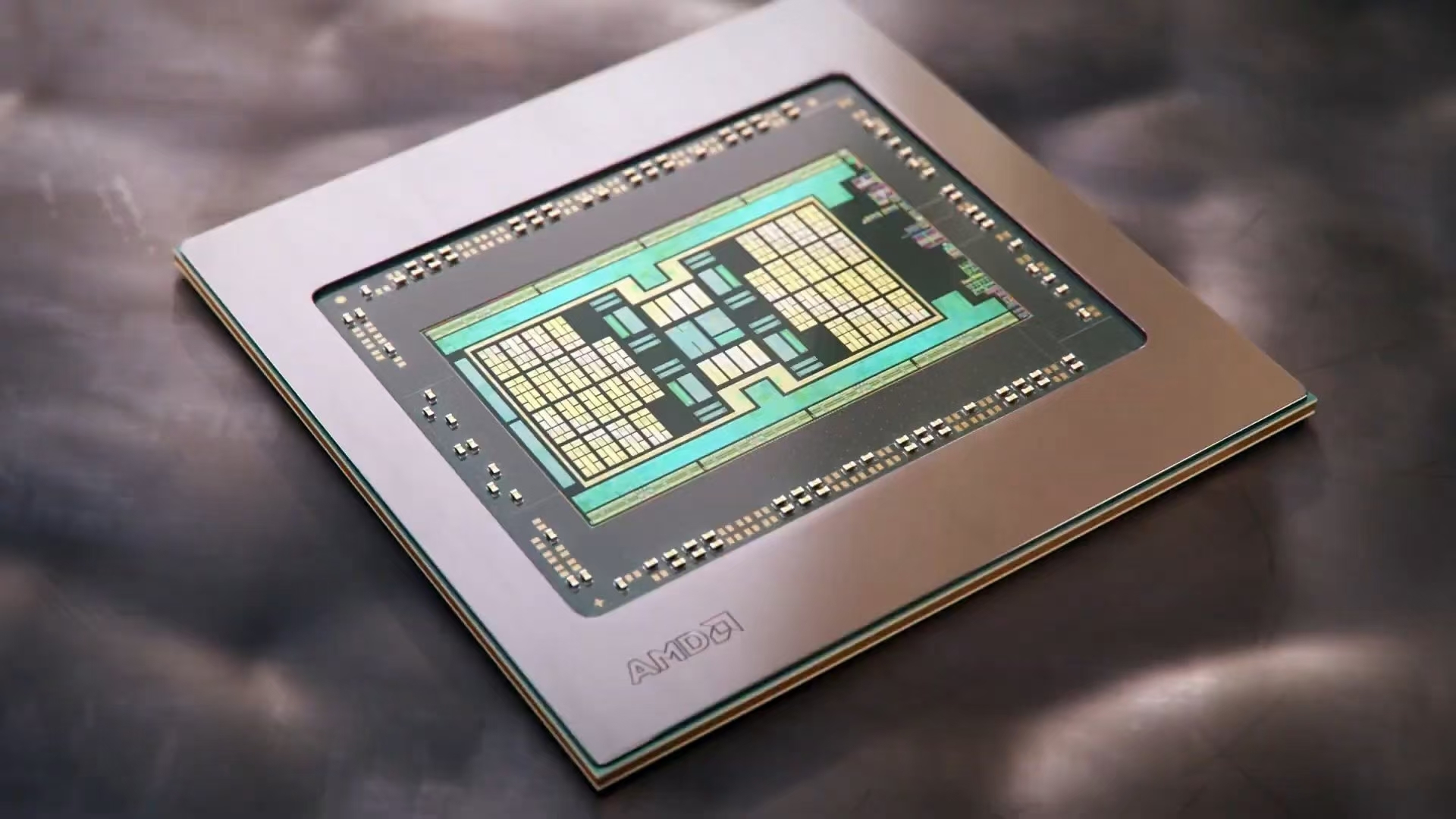 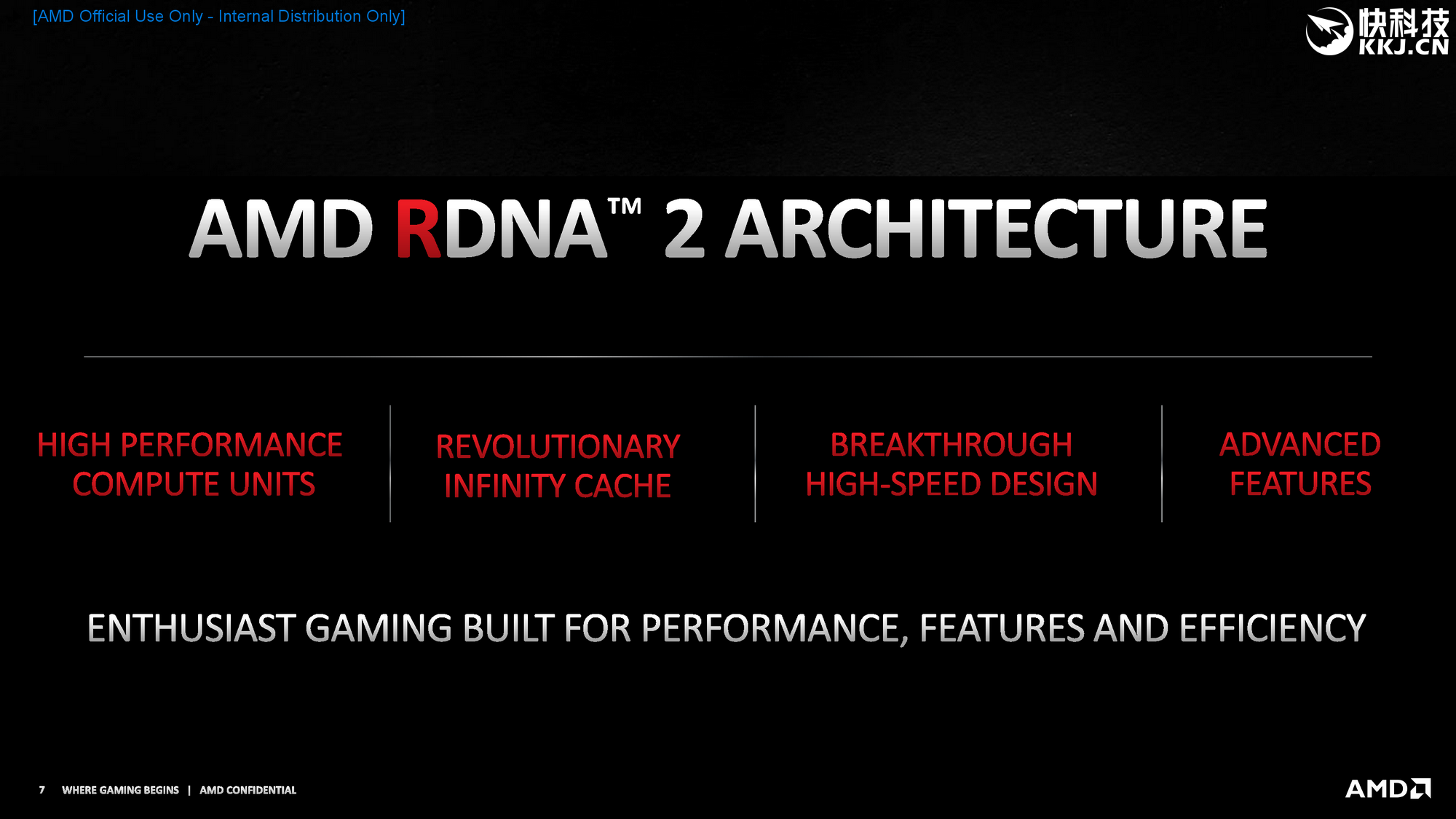 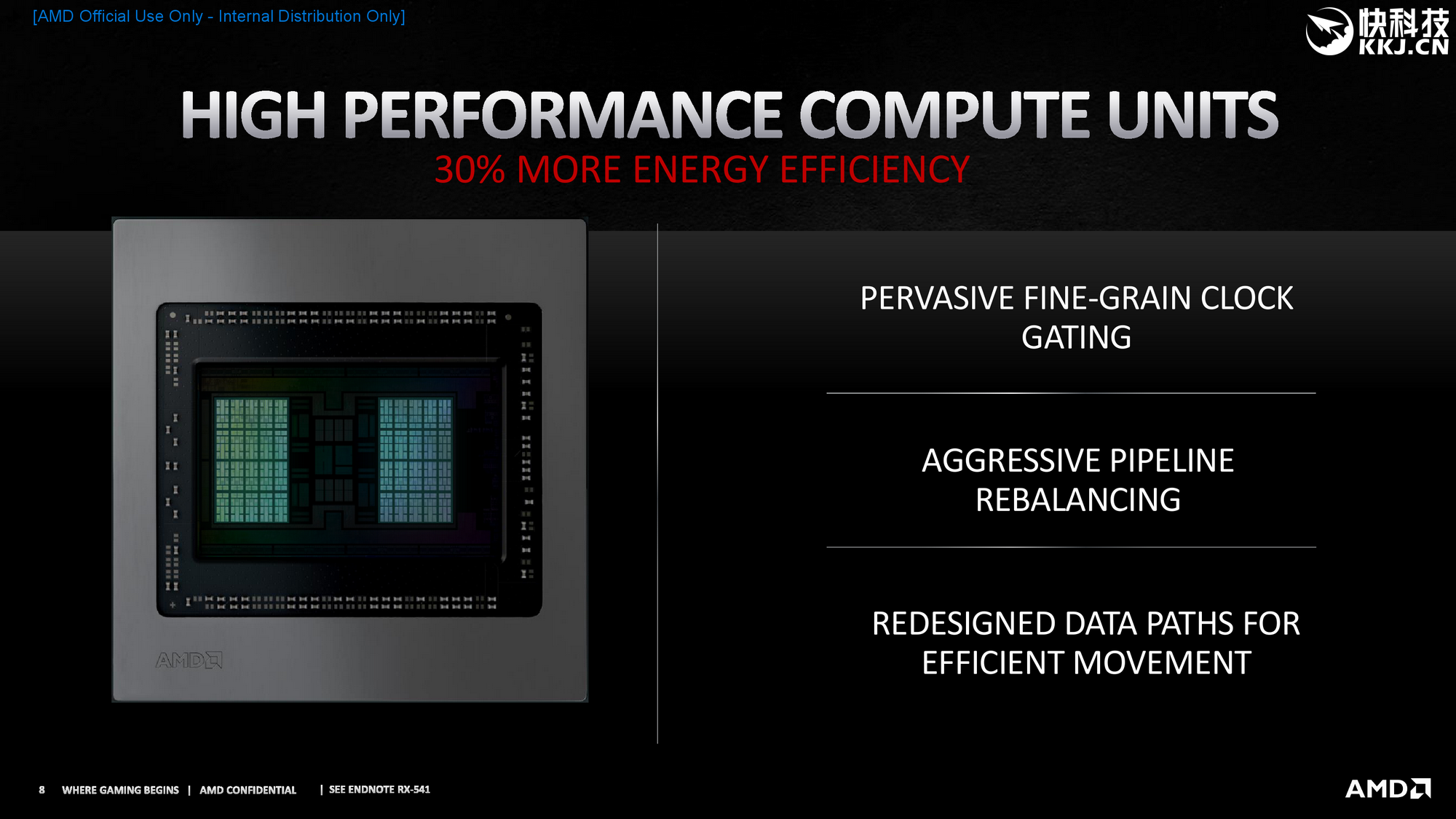 Infinity cache is really revolutionary. It's built into the Navi 21 coreThe independent cache of up to 128MB is a qualitative leap compared with the previous cache of several hundred KB. It can process the data in GPU quickly and timely with higher bandwidth and lower power consumption.

According to AMD, infinity cache plus 256Kb G6 cache, compared with the previous 384Kb G6 cache,Bandwidth can be increased by up to 117% and power consumption can be reduced by 10%.

Moreover, this cache design does not require special optimization by game developers to support and play a strong role. Any game can benefit directly. Of course, developers can continue to dig and improve. 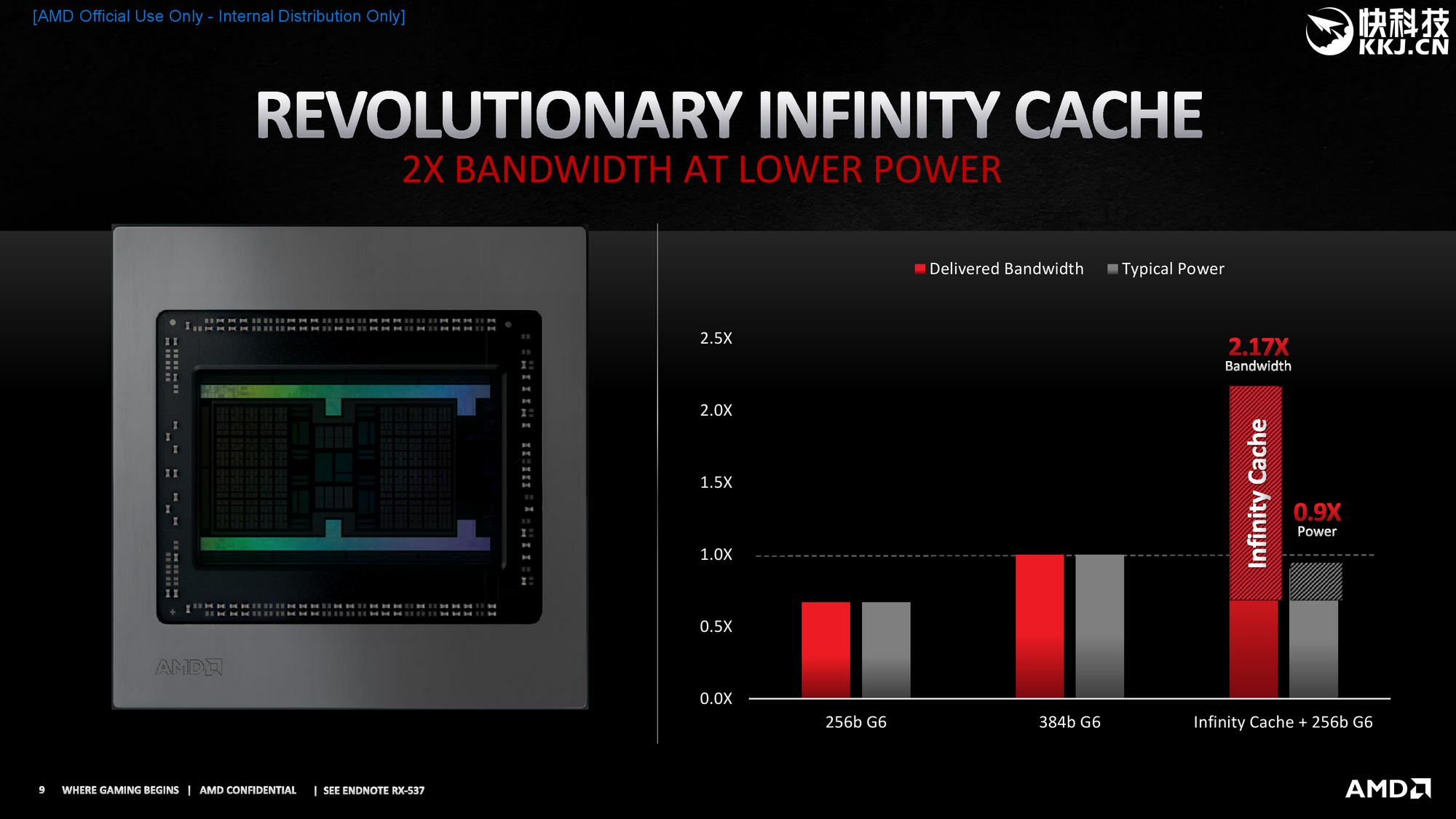 In terms of high-speed design, frequency is the main factor,The highest frequency of rDNA 2 increased by 30%The maximum acceleration is even more than 2.2GHz. 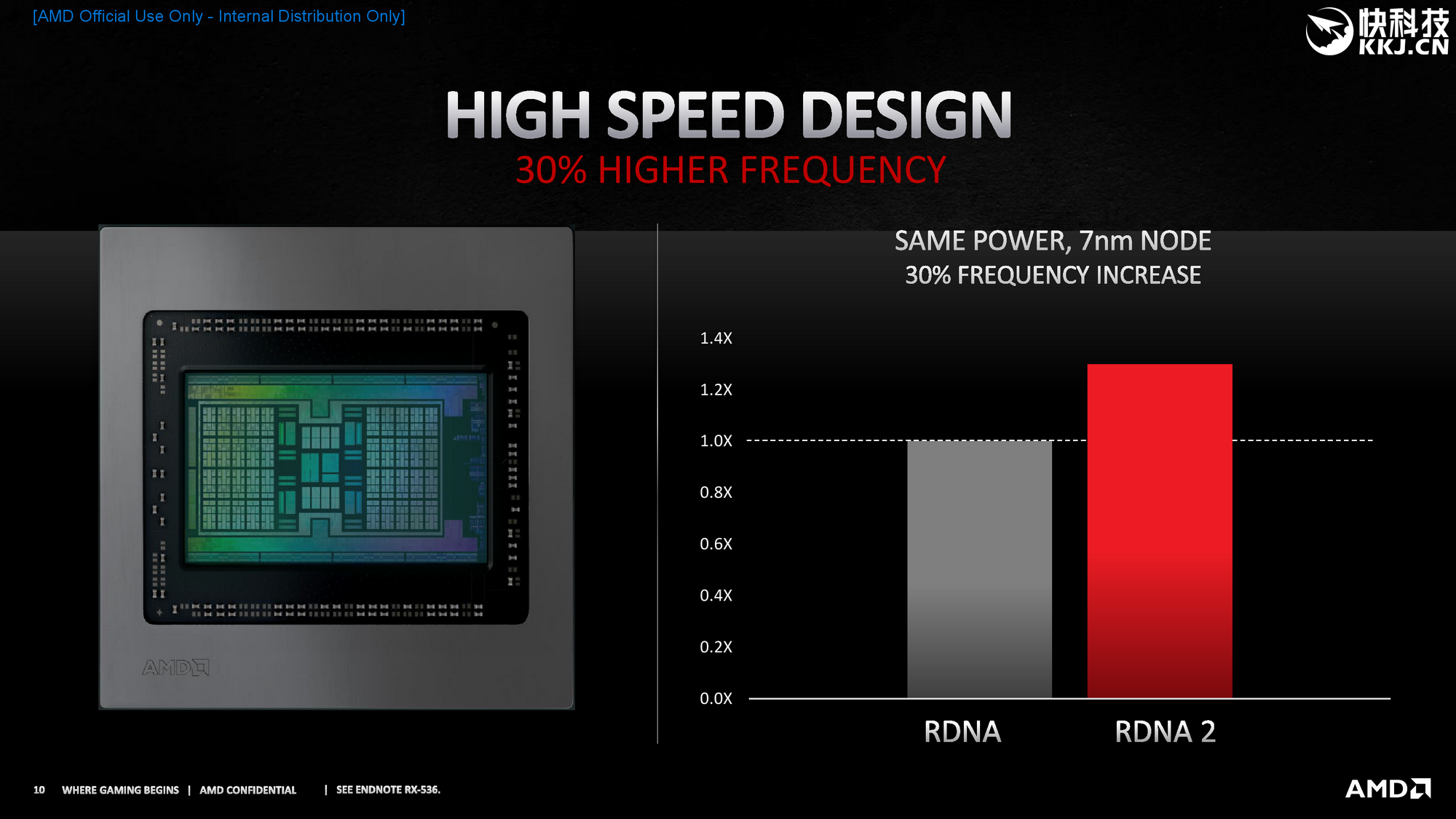 Moreover, this is not the highest range, there will be a bigger surprise in the future 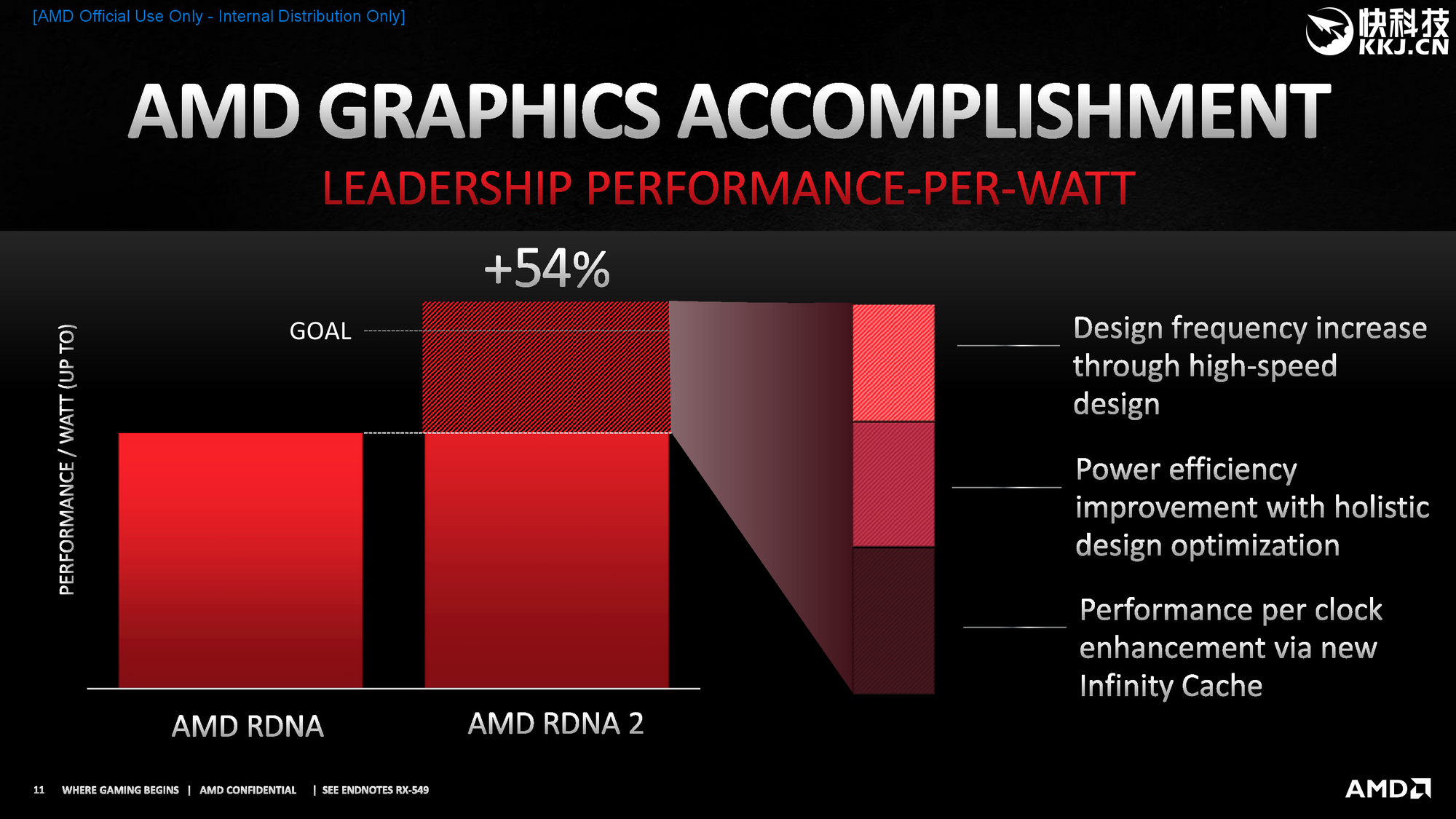 meanwhile,RDNA 2 also achieves about twice the performance improvement compared with RX 5700 XTIn particular, the game performance is excellent under 4K super clear resolution, and the upgrade settings of games such as "biochemical crisis 3" are more than 2 times, up to 2.2 times! 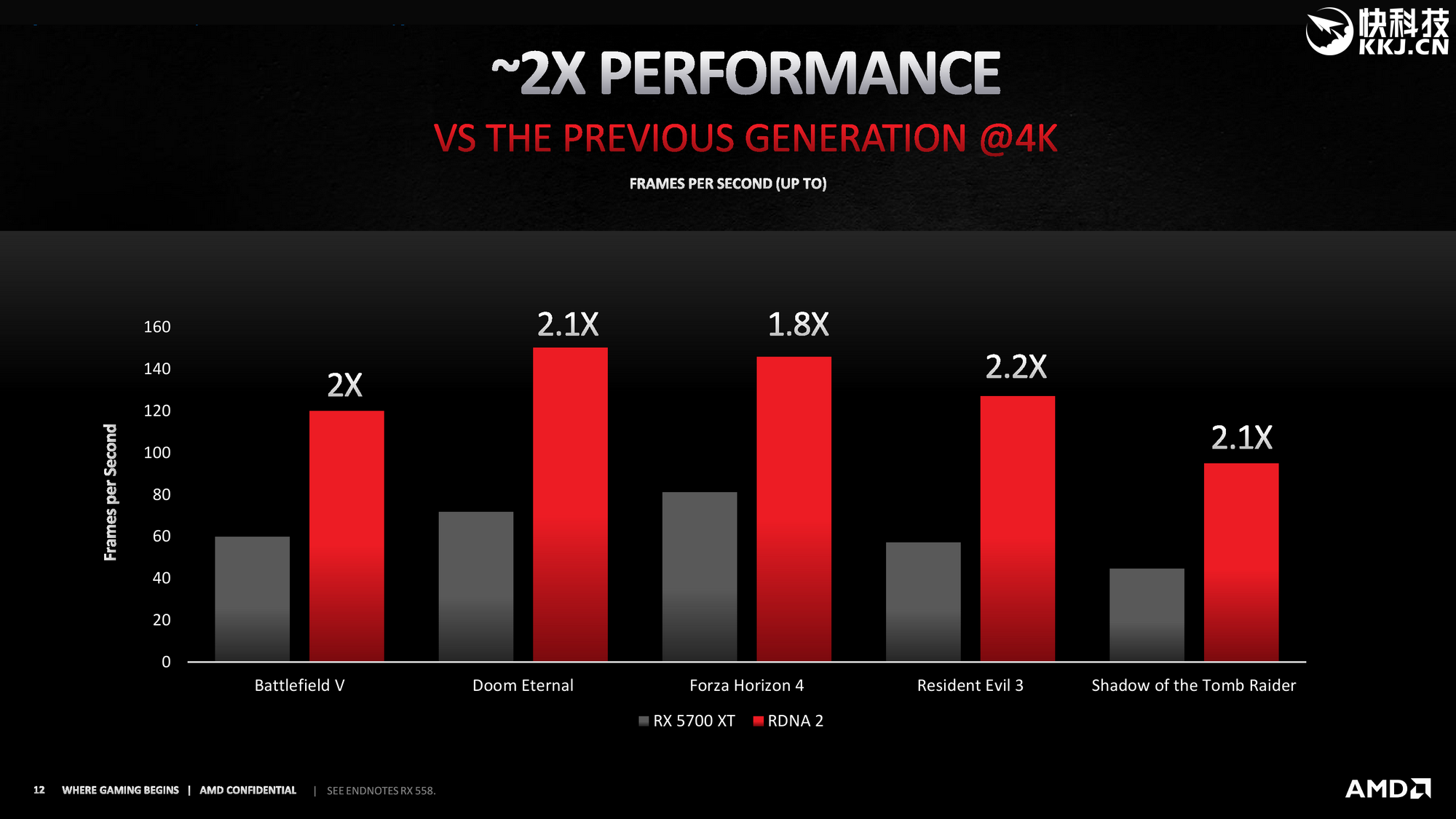 In addition to its strong performance and energy efficiency, rDNA 2 architecture has finally completed its technical features,Dx12 ultimate, DXR ray tracing, VRS variable shading rate, mesh shaders, sampler feedbackAll of the existing products in the competition have been supported. 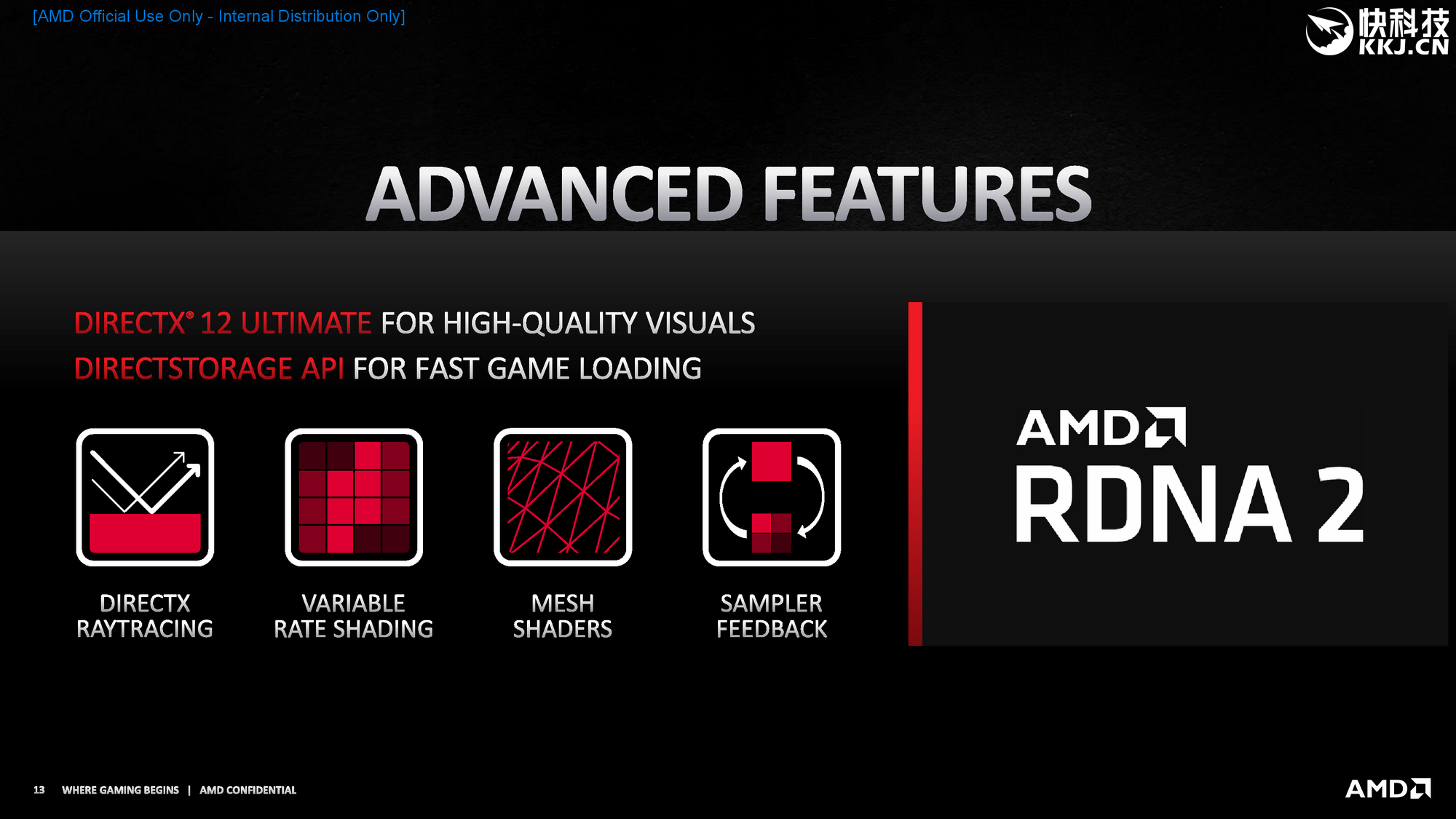 Of course, just follow-up is absolutely not enough. RDNA 2 architecture also has a large number of unique skills, such asAmd fiedlityfx is a set of game graphics technology, including contrast adaptive sharpening, noise reduction, variable coloring, ambient light masking, screen space reflection, super-resolution and so on.

Among them, the super resolution technology is still an experimental feature. When the new card is launched, it will be temporarily missing. After the optimization is in place, support will be added through the driver update.

Currently, there are 35 games supporting AMD fieldityfx, including many recent popular works, such as dust 5, fall of God, world of Warcraft: Shadow Kingdom, galactic disintegrator, and island horror 6, they will release videos in the near future to show the optimization support for AMD technology. 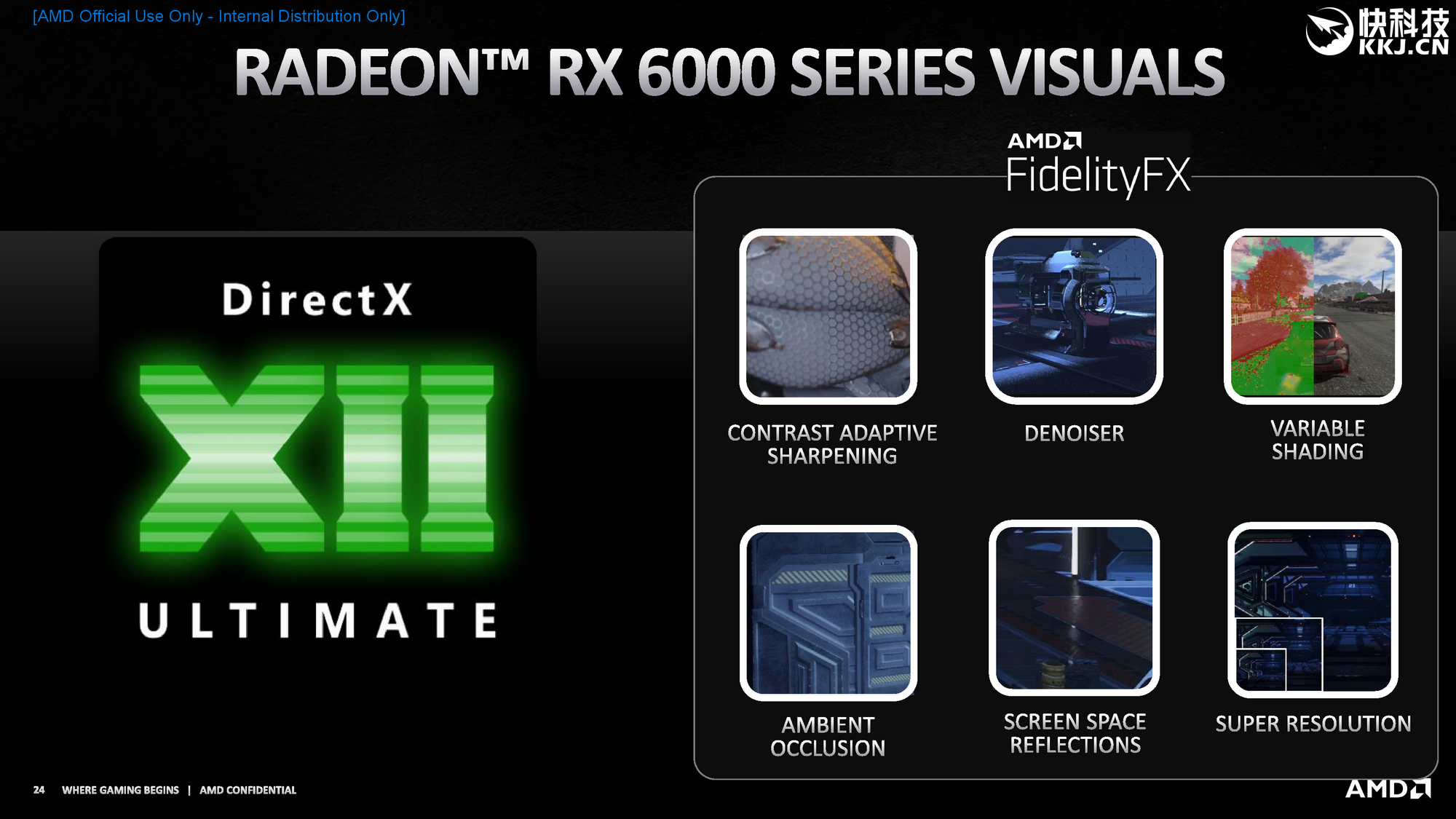 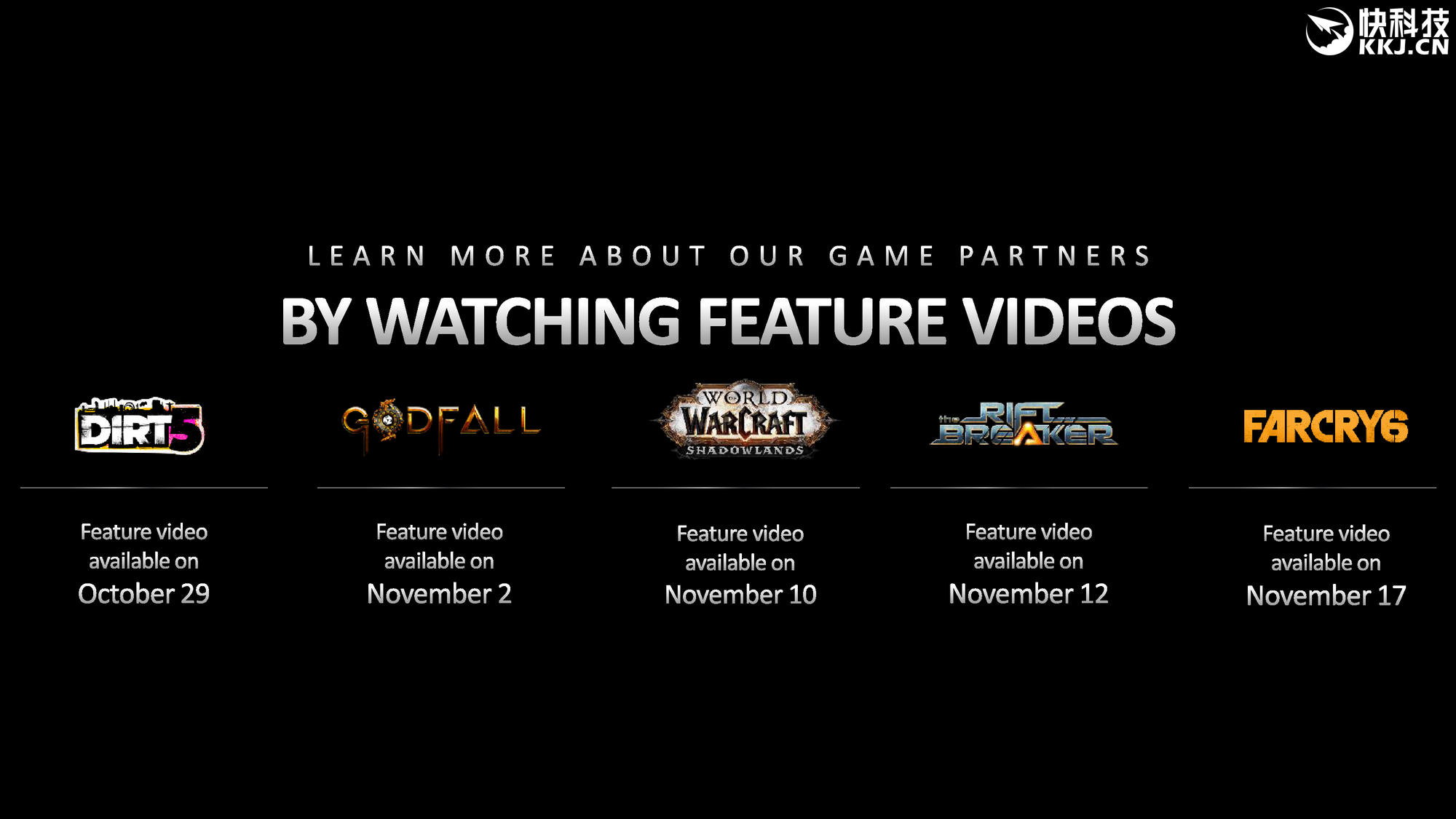 It should be noted that the switch and specific settings of rage mode depend on the actual settings of different AIB brand manufacturers for different models. 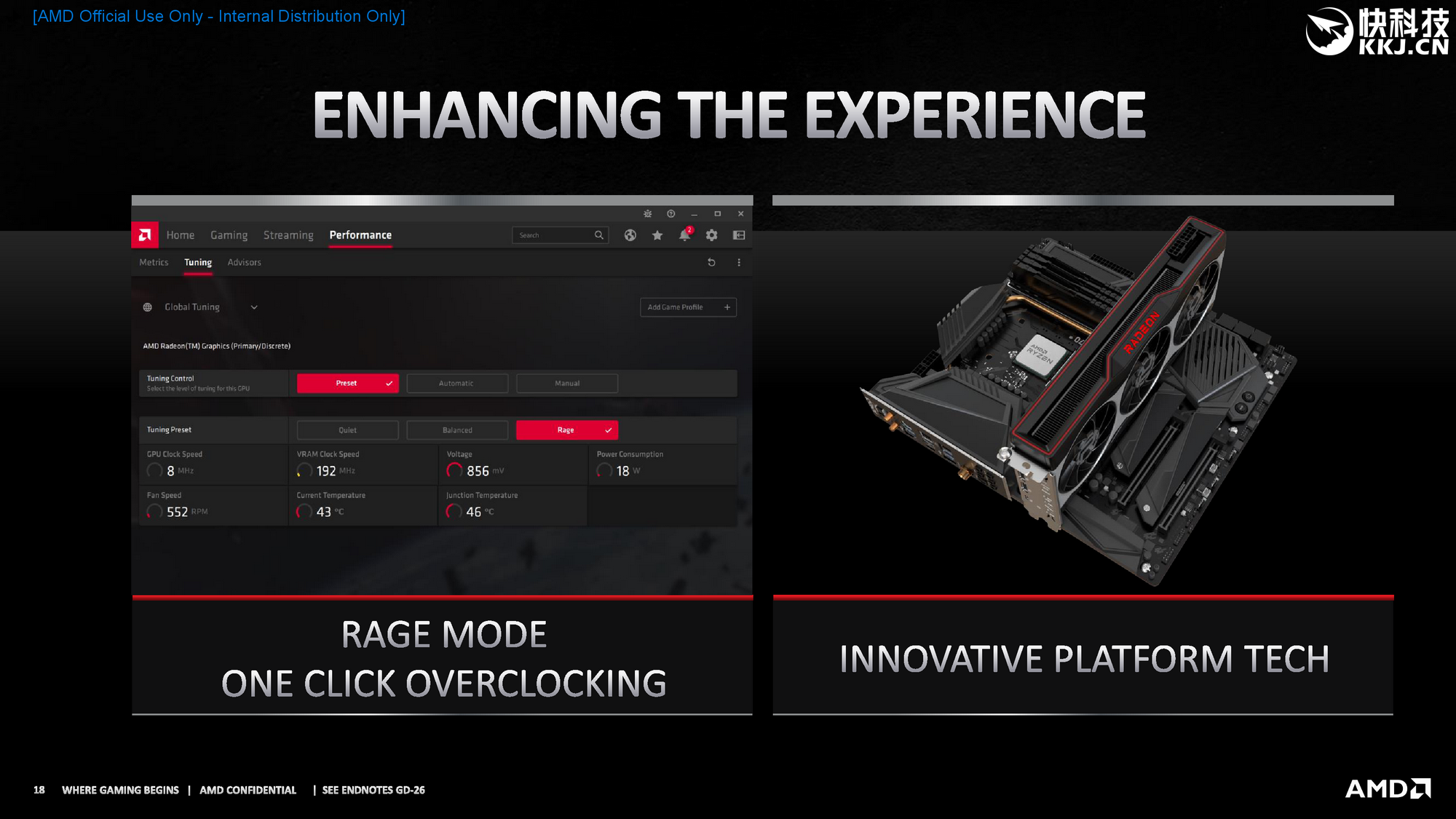 As the only manufacturer with high-performance CPU, GPU and chipset at the same time, AMD's unique advantage is platform optimization. Rnda 2 architecture not only continues to support pci4.0, but also supports the best performance with the sharp dragon 3000 / 5000 series processor and 400 / 500 Series motherboard

In the past, the processor could only access 256MB of video memory,Now the RX 6000 Series graphics card is combined with the Reebok 5000 series processor, which can access all the video memory, and it does not need to optimize the game alone.

Amd claims that under the joint blessing of rampant mode and intelligent access to video memory, 4K games can bring an additional 13% performance improvement, which is the unique advantage of AMD. No matter how N cards are matched, there will be no such free bonus. 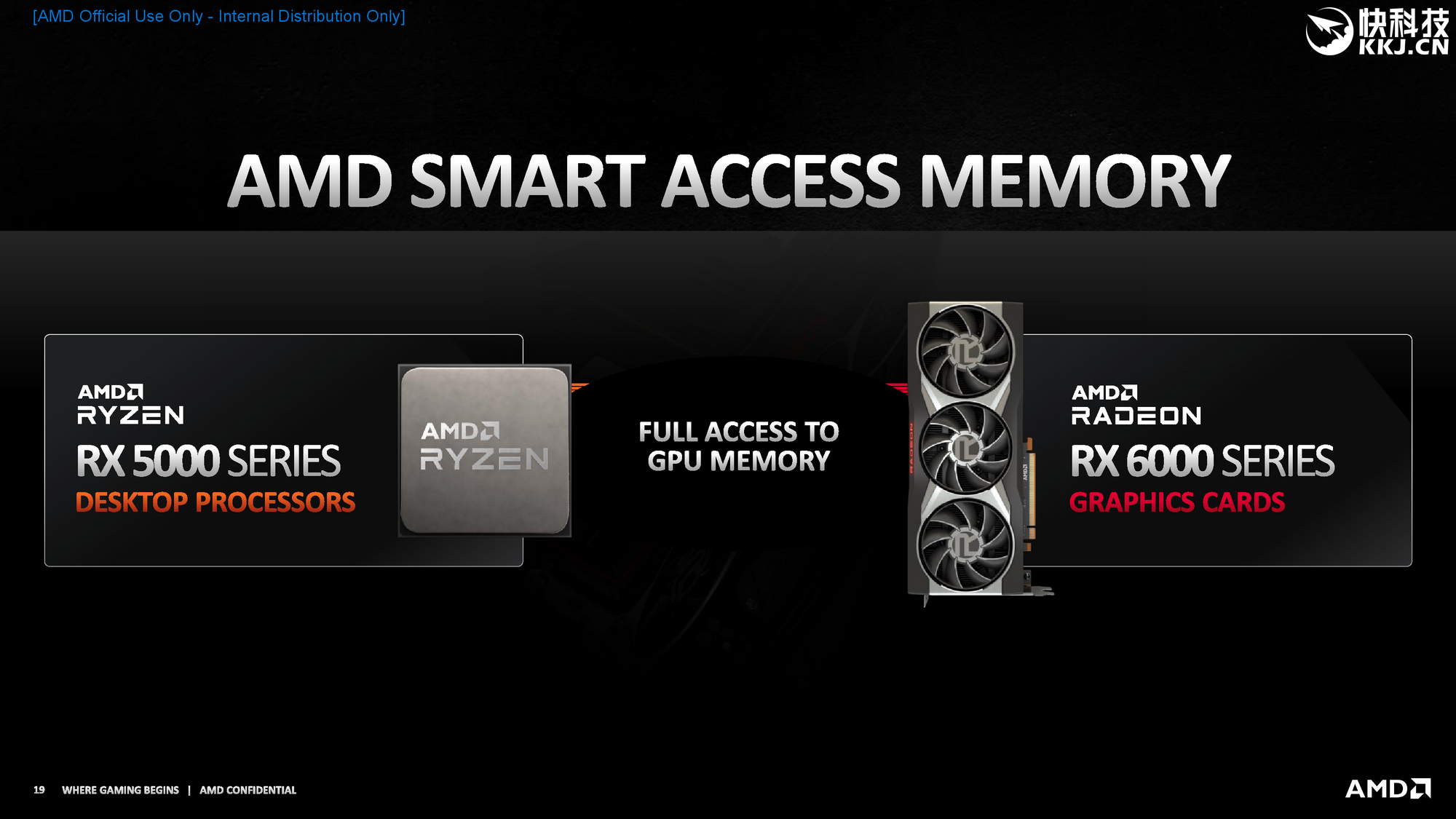 Based on rDNA architecture, the technology of radon boost acceleration and the technology of anti lag anti delay are also carried forward. Combined with freesync synchronous refresh technology, the delay of keyboard and mouse operation, display card execution and display output can be greatly reduced.

Taking "night of fortress" at 4K resolution as an example, the above technologies are discussedThe delay can be reduced from 63ms to 40ms, saving 37% of the totalThe result is a faster game response and a smoother operating experience. 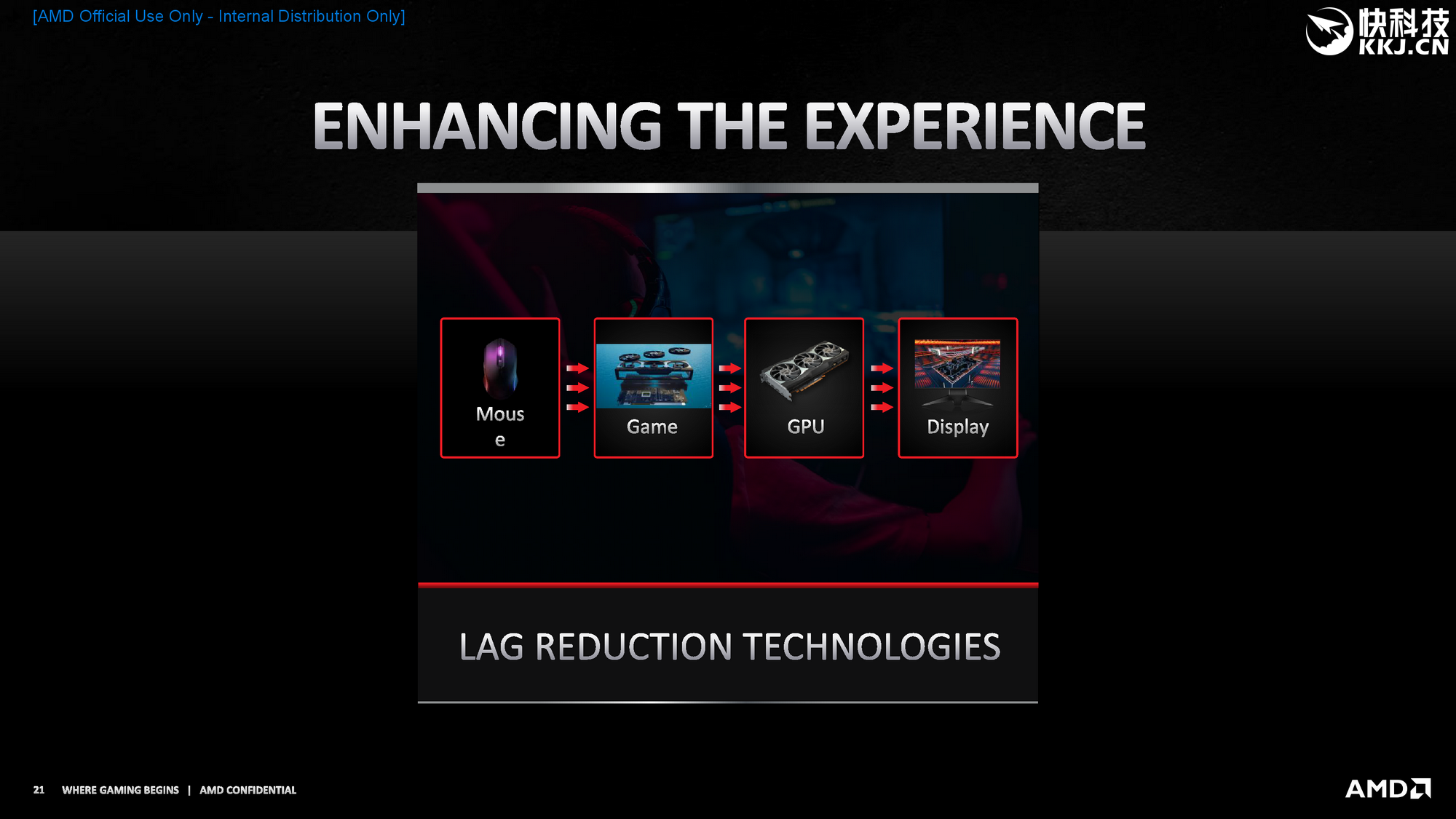 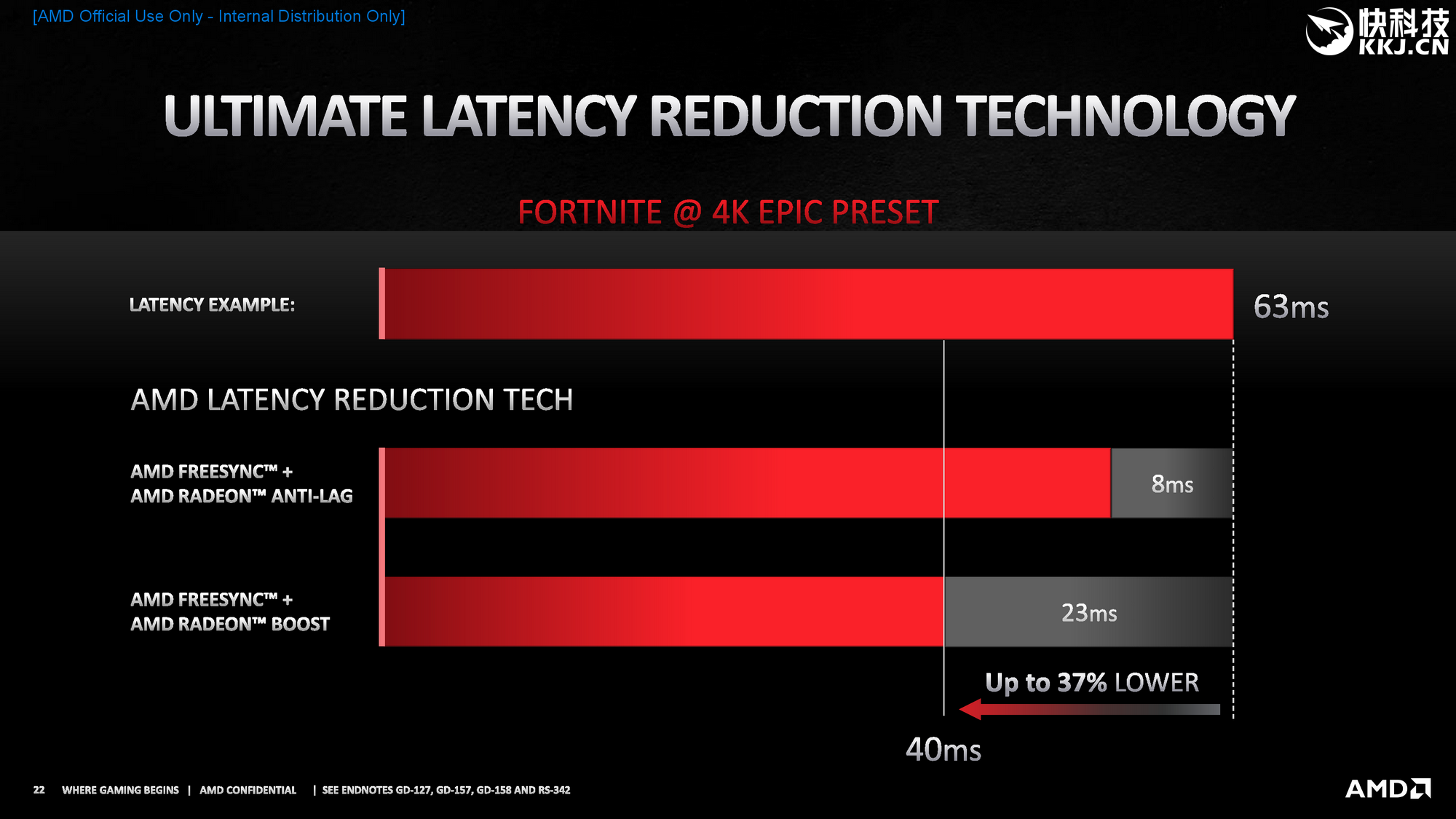 Amd also mentioned one of its advantages, that is, it adopts standard design and has better versatility, including the compatibility of chassis, power supply and heat dissipation.

The power supply is obviously a 12 pin power supply interface specially designed for RTX 30 series. Either it is equipped with adapter cable or redesigned power supply, which is not used in non-public version. 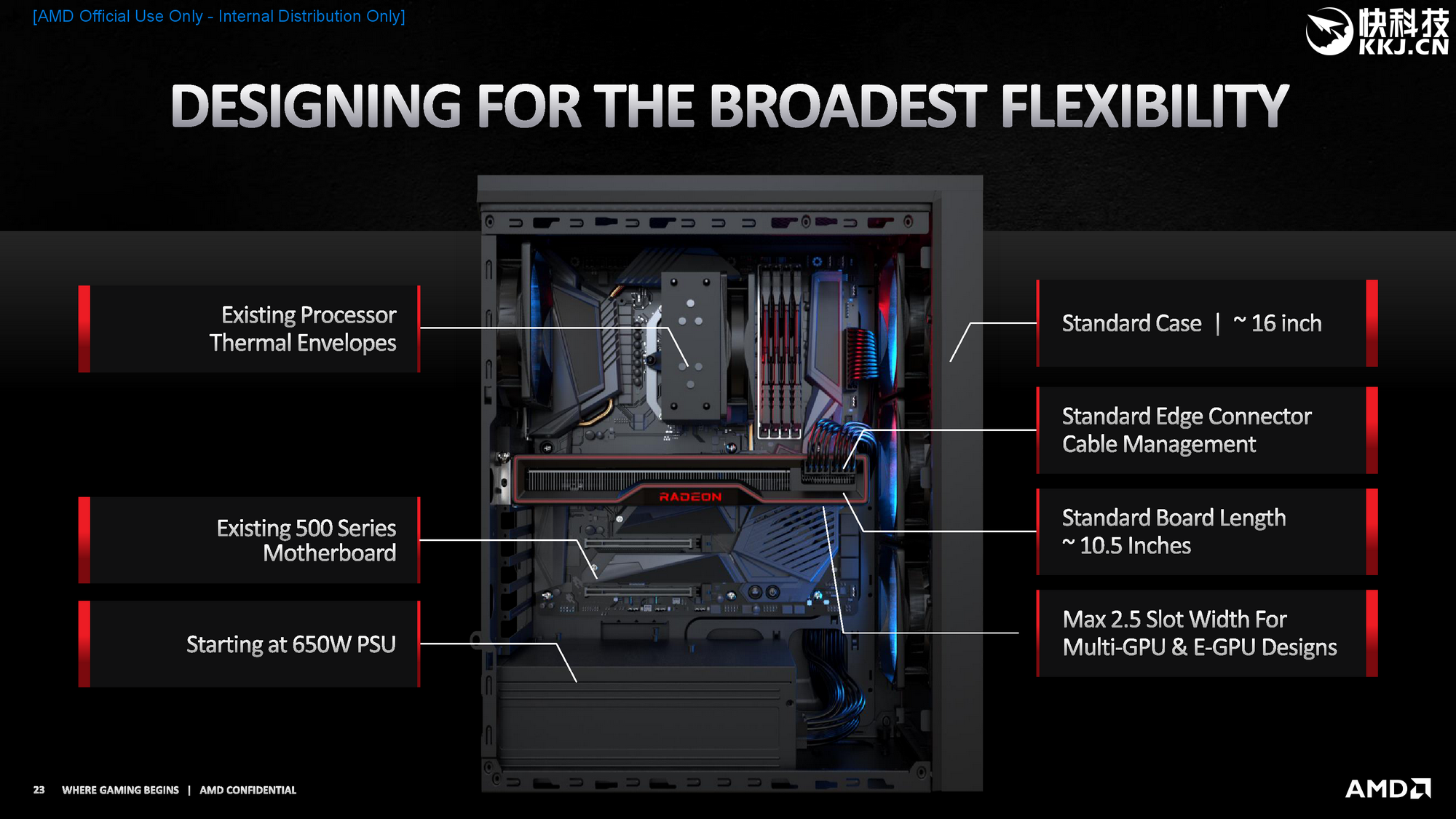 OK, now it's time to talk about the specific products, first of all, the radon RX 6800 XT.

Compared with the rival RTX 3080, which consumes 20W more power, RX 6800 XT has almost the same game performance at 4K and 2K resolutions, and many games can still lead slightly.

Even considering the difference between official data and actual data, and different optimization of different games, the comprehensive strength of Rx 6800 XT can be basically at the same level as RTX 3080. And don't forget that a card is always the future, and the performance and new features (such as super-resolution) will be continuously improved through driver update.

The fury mode and smart access to video memory just mentioned are the icing on the cake. Different games can bring up to 13% additional performance improvementIn this way, the stability of RTX 3080 is not a problem. 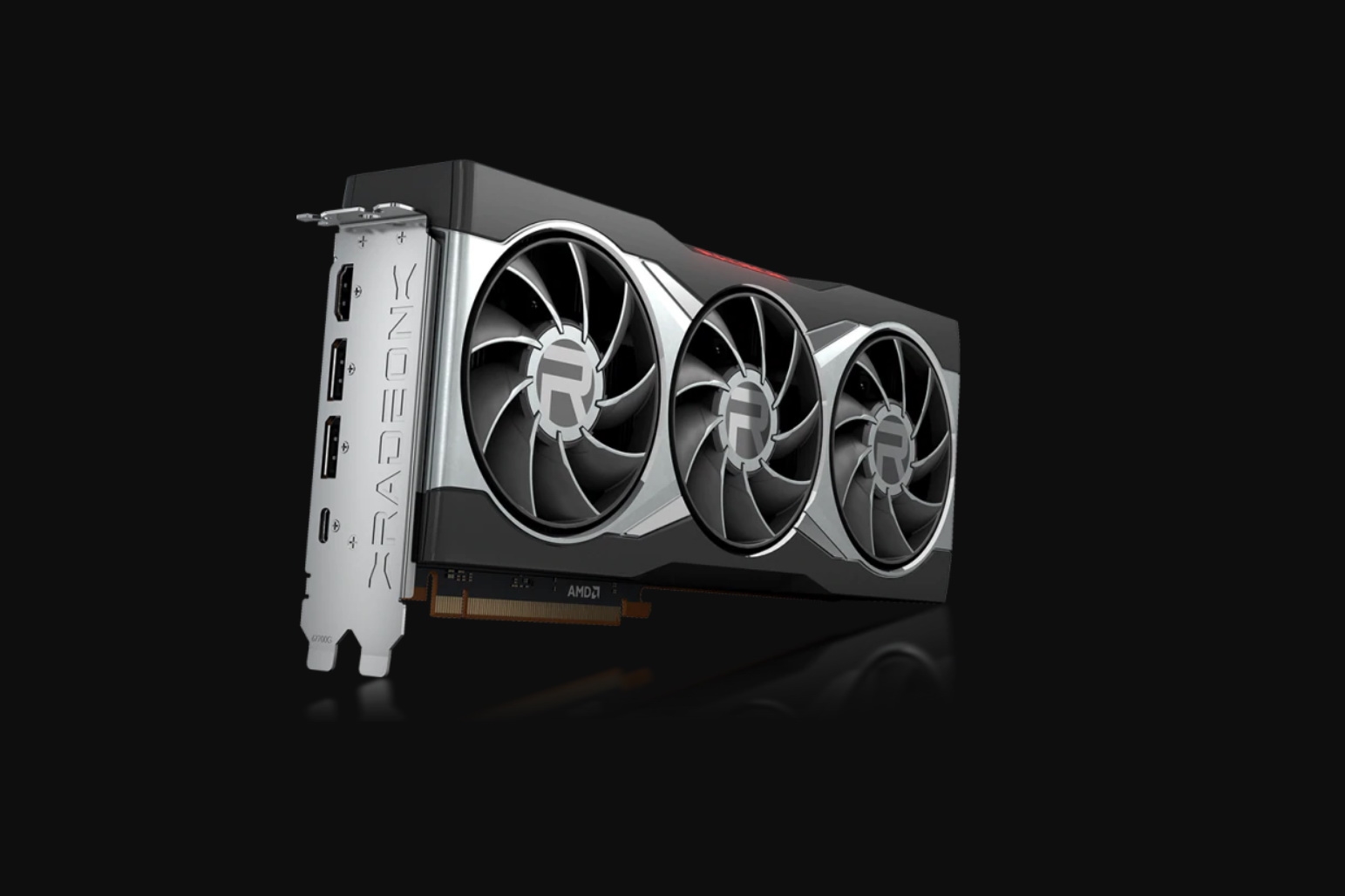