Over the years, the chip giant Intel has occupied an absolute advantage in the field of server CPU, even AMD targeted enhancement and optimization design in high-performance computing such as servers and data centers, and launched server CPU products. However, the Intel still accounts for about 94% of the data center market share, which is called

Now, things have changed. On top of AMD's comeback in the server CPU market, chipmaker NVIDIA, known for its GPU, announced its $40 billion acquisition in Septembe

Although chips developed by Intel and AMD based on X86 instruction set are the mainstream of PC and server market, chips based on ARM architecture are also expanding from mobile device market to data center. Nowadays, many companies have tried to introduce ARM chip into data center, but their achievements are still limited.

NVIDIA, with its GPU, has a large data center customer base, which can ultimately help arm expand its business and customers in the data center field. NVIDIA's latest quarterly results show that the company's Data Center Division has revenue of $1.75 billion.

AMD's deal with Xilinx is a bigger threat

If AMD's server CPU and NVIDIA are about to introduce arm into its data center business is not enough to pose a threat to Intel, then there is a greater threat waiting for Intel.

Amd agreed on Tuesday to buy sargens for $35billion through full stock trading, which has programmable processors (FPGA) that can speed up specific tasks, and early in the FPGA market with Altera, which was acquired by Intel in 2015.

AMD is already selling CPUs and GPUs for data centers, and with the addition of Xilinx, the product portfolio will be expanded to include FPGA and other dedicated chips.

It should be noted that Intel is also preparing to extend its data center business with its latest Xe architecture, independent graphics cards.

On the other hand, even if there is no competitive pressure from other companies, Intel's data center business has some problems due to the impact of the new crown epidemic.

In its third quarter 2020 results, revenue from its data center division fell 7%, sales to corporate and government customers fell 47%, and sales to cloud customers rose only 15%.

With Intel's data center customers facing unprecedented economic uncertainty, it's no surprise that some customers are cutting back on their spending.In a tough economic environment, some former Intel customers may look for lower cost alternatives.

A few years ago, there was no better alternative to Intel for data centers, but today AMD is a good choice. If NVIDIA can sell arm chips to its customers, NVIDIA will become another reliable choice in the future.

In the past, Intel has performed very well in a market where there is almost no data center competition, but this market is about to disappear. Amd has begun to erode the market share of Intel server CPU, and the transaction with Xilinx will make the company more competitive. NVIDIA will also compete with arm based chips.

Although Intel's dominant position in the data center will not disappear in an instant, as the competition intensifies, it may lose a lot of market share. 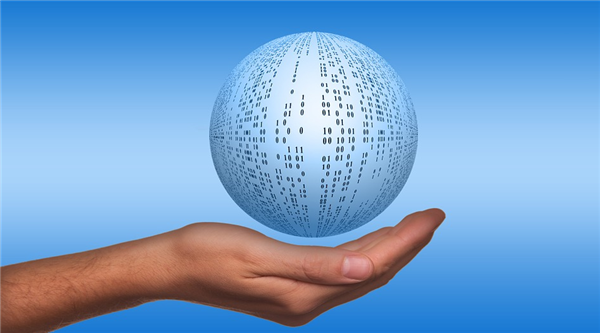 Related news
How is AMD's AI strategy different from Intel and Nvidia?
NVIDIA: has no intention of competing with Intel for the CPU market
NVIDIA history: why does Lao Huang crush Intel?
Replace Intel! The secret of NVIDIA data center special processor: one DPU replaces 125 x86 CPUs
NVIDIA and AMD merger and acquisition: Intel data center suffers double attack
NVIDIA, amd merger and acquisition: Intel data center suffers double attack
$40 billion acquisition of Intel, ogidia
For the first time in 24 years! Intel / nvidia / AMD simultaneous graphics card
Hot news this week
Biden signed a chip and scientific bill, a video call of WeChat iOS internal test suspension window, the advanced CPU caused Win11 to be difficult to use, Huawei new machines enter...
How to regulate the "broken card" operation to crack down on electrical fraud to prevent "accidental injuries" with cards?
Musk's eyes! Lei Jun released a full -size humanoid robot Xiaomi self -developed strength explosion table
Japan has confirmed that China has overtaken the US for the first time in the world's top three indicators of scientific papers
iPad 10 will be absent from iPhone 14 conference: October appeared on Apple's last non -comprehensive tablet tablet!
Kuaishou TOB business Yu Bing: Self -developed chips or mass production after the end of the year, the video must be turned into light industry
The three major indexes of the US stocks opened sharply: ROBLOX fell more than 4%, Twitter and Tesla rose more than 3%
The global streaming media have increased the animation circuit is becoming a new "breakthrough" for Youaiteng
After selling Tesla for $6.9 billion, Musk said he was not selling it, but a survey said he was still selling it. The title of the world's richest man may not be guaranteed next ye...
Meizu Pandaer Great: All products are reduced by 200 and 30 -containing mobile phone cases, heat dissipation back clamps
The most popular news this week
Pet dog infecting monkey acne suspected "Human Poor" American CDC Reform Control Guide
Space Launch System to Fly for First Time
Tencent's second-quarter net profit fell 56% from a year earlier to 18.6 billion yuan
Fabless customers cut back on chip orders affecting Q4 capacity utilization
Washington's suspicion of TIKTOK exacerbated: How will the Bayeon government weigh it?
Pinduoduo launched its cross-border e-commerce platform in the United States in September
Put an SSD in your phone: from 2,499 yuan
China's largest general purpose drone! The first five flights were successful
IPhone 14 to be released alongside Huawei Mate 50: Which bangs do you choose?
Tencent's agent of the Russian war online game announced the suspension: Customs Customs in October