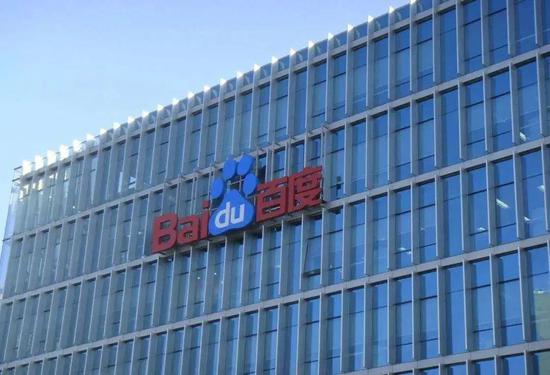 Although it has not been officially announced, Baidu's acquisition of YY is like a huge stone cast in deep water, which has aroused the attention of the Internet circle.

The news of the acquisition was revealed a few days ago, but the discussion about the acquisition is becoming more and more intense. Some people who do not participate in this big discussion do not mean that they are qualified Internet media people. So, today we'll talk about it. Why can't Baidu buy YY?

Who else besides YY?

For Baidu, to quickly cut into the live track, the acquisition of live broadcast platform is undoubtedly the best way. If you want to purchase, there are two conditions: first, it must be a head platform; second, the other party must have the willingness to sell.

Let's take a look at the independent live platform track. It is no longer news that tiger teeth and douyu are merged into Tencent. In fact, before the merger of the two platforms, there were six listed companies in China, namely, douyu, Huya and Momo, huanju era, Tiange interaction and Yingke, which are the live game broadcasting platform.

Overall, the six companies achieved profits in the first half of this year. According to wind data, YY live broadcast belongs to the era of reunion, with 10.578 billion yuan of total revenue and 7.385 billion yuan of net profit, ranking first among the four entertainment live broadcasting platforms.

Data from: wind, company announcement, compiled by every reporter

Data from: wind, company announcement, compiled by every reporter

Obviously, YY is the leader of independent live broadcasting platform.

Certainly, although as the domestic entertainment live broadcast domain head player, the YY live broadcast also because receives the shaking sound, the fast hand and so on live broadcast after the rise is squeezed the market share, the growth rate slows down and so on. But even so, YY's head advantage on the stand-alone live broadcast platform, if it can be found like tiger teeth 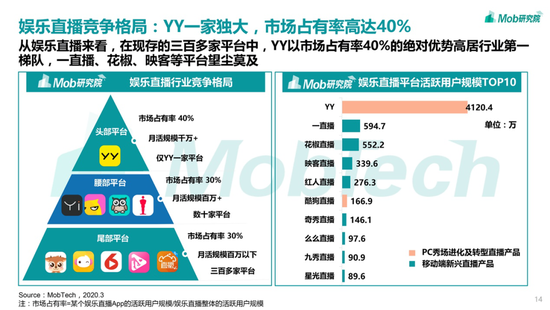 Talk about the willingness to sell. As early as 2019, Li Xueling, the gathering CEO, said in an interview that the strategy was

Recently, Li Xueling in the circle of friends issued a letter saying:

What can YY bring to Baidu?

In fact, it's not just a leader. YY, which came out in 2008, is an old domestic live broadcasting platform.

According to relevant news, after the acquisition, YY will provide Baidu with content, technology and domestic live broadcast team simultaneously. In addition, YY's domestic long-term contract anchor will also belong to Baidu. It is understood that YY's domestic head anchor's renewal rate is more than 80%, which is of great significance to Baidu's live broadcasting ecology.

In addition, the acquired YY can be said to have its own traffic. In recent years, the content of YY live broadcast tends to be diversified. In addition to the show, games and shoumai, dance, outdoor, talk show, live with goods, etc. have also become the content of YY live broadcast. These contents help to increase the user time of Baidu, and fit in with Baidu's mobile life service and personalization strategy proposed this year.

After the acquisition, Baidu will also use its own traffic and AI technology to support and empower YY, so that both sides can have better synergy. It's not difficult to predict that the acquisition of YY will definitely let Baidu live have a better development prospect.

From YY's position in the industry and its own advantages, Baidu's acquisition of YY is the best choice.

Since it is beneficial to both sides of the acquisition, why not Baidu do it?

In spite of the controversy, Baidu's acquisition of YY is regarded as a key step to add code live broadcast.

Since March this year, Baidu's big and small actions in the field of live broadcasting have not been broken. After a large number of recruitment online live function, baidu launched a series of self-made boutique live columns.

Robin Li also broadcast live on Baidu App in May, leaving the platform for himself. In June, baidu brought Gu Feng, the founder of Huya, as the person in charge, and set up a live broadcasting platform.

In the background of frequent code live broadcasting, and the acquisition of YY can be said to be a landmark event for Baidu to show its strategic determination and determination to the outside world.

Looking back at Baidu's actions in the past six months, it is not difficult to find that Baidu has been trying to diversify its mobile ecology by expanding the search boundary. Live broadcasting is the key business that Baidu has been promoting this year.

The acquisition can be seen as a measure for Baidu to make up for the difference in live broadcast time. With YY's participation, Baidu can enter the live track faster and more stably and participate in the competition in the live broadcasting field.

Overall, Baidu is not unable to buy YY, but

Related news
YY "sell oneself", baidu picks up double-edged sword
YY for Baidu, the right is perfect
Why can't Baidu buy YY?
Finally! Baidu Guanxuan :23.7 billion yuan acquisition YY live domestic business
Baidu's $3.6 billion acquisition of YY live, planned to be completed in the first half of 2021
Baidu's $3.6 billion acquisition of YY live broadcast to expand diversified business model
Muddy water claims that 90% of YY's live broadcasting is fake, and it has just been sold to baidu this week
Baidu acquires YY: the third live broadcast war starts
Baidu vice president Cao Xiaodong officially took over YY. Is $3.6 billion worth it?
Hot news this week
Is Hongmeng OS Android shell? HUAWEI Wang Chenglu: Tucao people do not make complaints about what is open source.
Netizens said that the ps5 host has been cracked: it is able to mine and calculate the power of super high-end graphics card
Tencent publishes the title party recognition patent for the first time: Based on Artificial Intelligence
I'm hiking in the tropical rain forest of China with apple watch, but my sports record is the last thing I care about
Xiaomi's new patent exposure: four shots are distributed in the four corners of the mobile phone, which can realize 3D photography
The internal test of flyme 9 of Meizu 16 series was launched at the end of April: design, privacy and function upgrade
Ma Yun bought the invention of scanning code to pay several 80s will ring the bell: an estimated value of 54 billion
Three years in vain! Sun, a programmer, compensated Tencent 976000 yuan and returned 158000 yuan for violating the competition agreement
Tencent document online mind map and flow chart, using structured thinking to achieve information management
This year's first big West Mercury show will be held on the 6th! Feel the true face of the smallest planet in the solar system
The most popular news this week
From March 1, will wechat start charging for good morning and good morning pictures? Official response
Do you charge for sending such pictures on wechat? Here comes the official response
150 people have been cut in two years! Google understands how much it costs to play games
Huawei's P50 release time is suspended at the end of April: new tablet comes on stage simultaneously
Linux kernel 5.11.4 release adds support for some mainstream hardware
Samsung releases 2021 49 inch G9 super curved display: upgrade Mini LED screen, double brightness to 2000 nits
Sony drift to PC?
The U.S. Department of labor's investigation concluded that Microsoft had no misconduct in the anti affirmative action in the trump era
The first case in China: 8 wechat "Qingfen" sentenced
This specification of Intel 10nm 45W game divulges 8-core 5.0ghz