Apple TV Plus, one year old, is still in trial, and Apple needs to continue adding new content

Apart from the excited Apple executives, it is reported that not many people care about Apple TV plus. Apple has promised to invest $6 billion in Apple TV Plus to produce content, bringing a bunch of talented people to the stage. However, Apple TV Plus has not become a hot topic, Disney and other competitors have stood up to Apple. 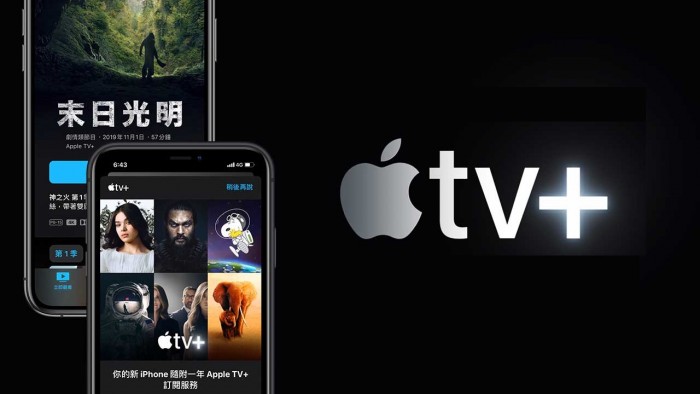 Apple extended its free trial period by three months, Apple TV Plus November last year, At that time, if the user can register for free, The trial period lasted until January this year. Michael Nathan (Michael Nathanson), an analyst, put it bluntly :" Apple TV Plus is the only service that gets most of the paid subscribers on promotion ." And worse, Once Apple orders users to pay $5 a month, 29% of Apple TV Plus pay subscribers are ready to run. According to HarrisX investigation, Apple TV Plus's wastage rate is about 17%, In the major streaming media platforms in the forefront. Nathan said in the report, His team was worried about Apple TV Plus, In the months ahead, if Apple can't get users to renew their contracts with exciting content, Apple TV Plus may lose momentum for development.

The new crown pandemic hit the world, corporate screams, Apple is not easy. Want to make movies and TV dramas? Sorry. Stop. Apple has the money to buy some movies from the studio to generate revenue for the company, but Apple TV Plus is not the "must go" platform for viewers. And just six months into Apple TV Plus global pandemic, most analysts concluded that things didn't seem good. Media giant Barry Diller (Barry Diller) bluntly said Apple still didn't step both feet in.

Now?iPhoneAnd other apple devices are not selling as well as they used to be. Building a service-based ecosystem and sitting around collecting money every month is Apple's concern. It's investing. In the last quarter, Apple's Services Division generated $13.3 billion in revenue, nearly $2 billion higher than the same period last year. Apple CEO cook also repeatedly stressed the importance of the service department. After the iPhone growth slowed down, apple began to attach importance to software in 2015, and then the service industry boomed.

The transformation has attracted the attention of investors and made consumers curious, but Apple still has to work hard to get them to pay. First, Apple TV Plus must offer something worth buying. That hasn't been achieved, but apple is getting closer.

Apple's strategy is also quietly changing. Original content is not enough. Apple needs more content to attract users to stay. As AT

Can Apple TV Plus be said to be completely useless? But apple doesn't have to have the world's largest streaming platform. It just needs to provide enough new content to keep going and make users feel like they deserve $5 a month. Or buy bundled services worth it. First year Apple TV Plus basically free service, curious passers-by looked, want to know whether it can succeed. This year is also a "trial period ".

What are the biggest advantages of Apple TV plus? It belongs to apple. With a market value of 2 trillion US dollars, the country is rich, and this is the advantage. However, the rich resources can not necessarily be transformed into the best creative environment. Amazon also has a lot of resources, but it's always stumbling in the game world. Apple can use TV plus as a "hobby" and pay to support it. Cook and Oscar celebrities can exchange cups and chat without worrying about the deficit.

Cook and his team have said that expanding the service industry and getting billions of dollars a year through apps is the most important thing. As Diller said, Apple was only tentatively entering the streaming World last November. It has the strength, the influence, the ability, can become a cultural force, but Apple executives are not fully fired. Maybe it's time for apple to take a deep breath and jump in.

Related news
Software engineer complains Apple TV and Apple News subscription promotion is too much
Captain America can't save Apple TV, should Apple abandon it?
Apple One？ Is it Apple's own 88 members
Apple TV Plus, one year old, is still in trial, and Apple needs to continue adding new content
Hot news this week
Lu Jian, president of linkedin China, responded to rumors of the "closure of linkedin China" by saying that the company will increase its investment in China even if it does not reduce it
Samsung Motor announces end to flexible printed circuit board RFPCB business Without affecting iPhone production
I can't play! The official solution to the bug in Chinese Paladin vii was provided
The video asked Net-a-Lago to apologize
On New Year's Eve, a trio on a business trip will celebrate the lunar New Year in space: a first for the Chinese
The United States exposes the higher civilization of the universe: human beings are inferior to good ones
Rolls-Royce China SAO operation caused dissatisfaction wang Sicong message not to buy: official apology
Bytes beat 9 billion yuan to acquire VR companies, then invest the chip, or to accelerate the layout "Yuan Universe"
Xiaomi appointed Li Xiao Shuang as a vice president of Xiaomi Motor, CFO Lin Shiwei, and the CEO of Stars
Xiaomi intelligent clean ecological chain enterprises to pursue technology to complete 3.6 billion yuan C round financing
The most popular news this week
Tesla Q3 earnings reading: Record net profit on revenue Pressure on new Chinese cars is coming
Microsoft CEO NADELLA is most concerned about three things: ubiquitous computing, AI big model and virtual online
Nearly 80% of teenagers in Taiwan think cyber bullying is a serious problem, according to a survey
What opportunities and challenges brought to the financial industry?
Jia Yueting is paying back the money again! Faraday's future former employees in China receive a pay rise
The storage chip faucet is 119 times the first three seasons, the chairman reporter is born, "cattle scattered" did not lose the position.
The liabilities are still 95 billion Jue Ting pays, and FF China's front employee will collect salary and consistent with the in-service.
Wechat iOS version 8.0.16 release: Voice call interface will display the other party's circle of friends only after clicking
Interbrand world has a top 100: Apple, Amazon, Microsoft, Google, Samsung
Facebook is changing its name next week: But Mark Zuckerberg hasn't decided yet