Since this period of time, motherboard manufacturers have spared no effort to develop new BIOS for their motherboards. 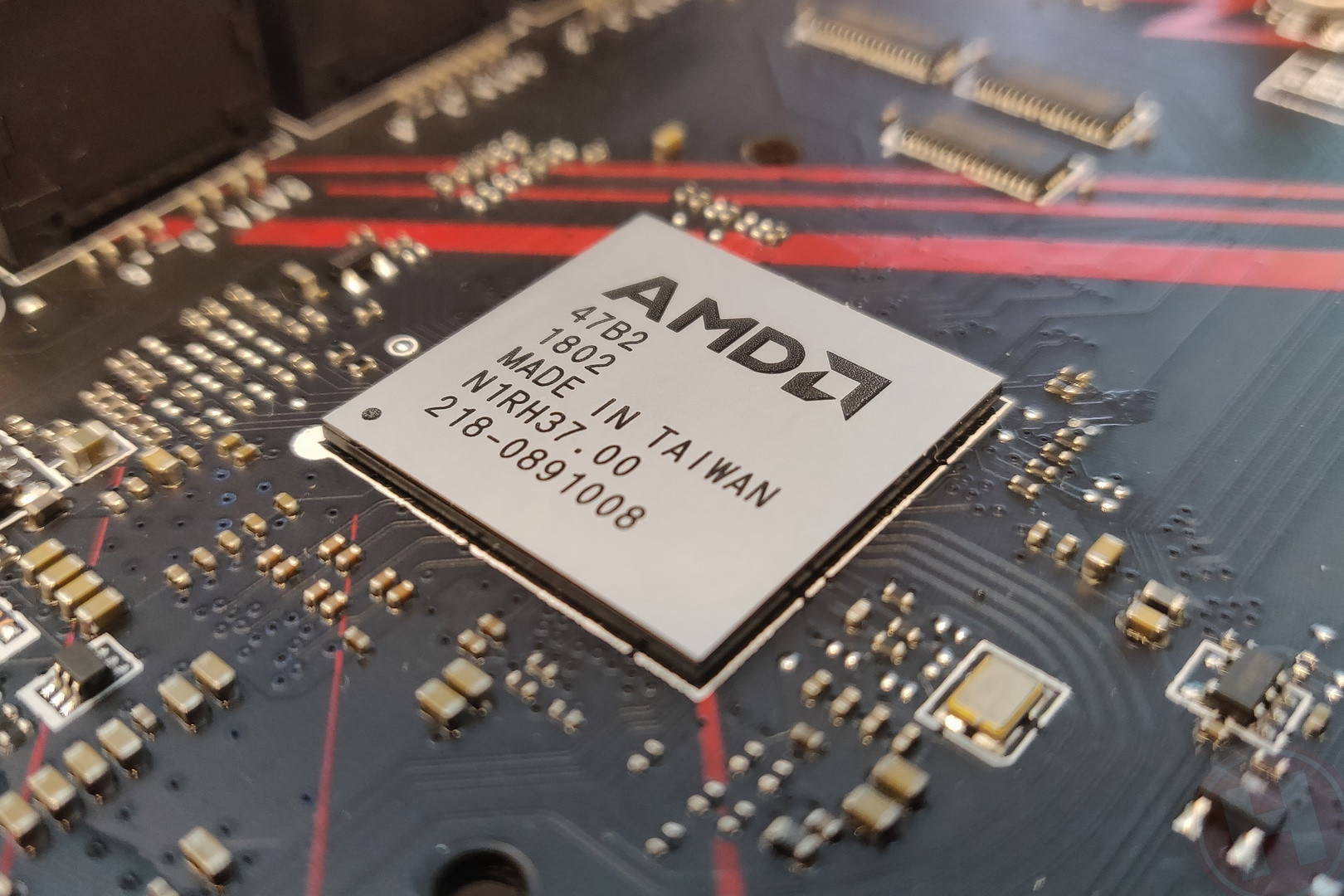 If you get the board with the old version of BIOS, can not directly light up what to do? Very simple, Gigabyte motherboard support q-flash plus technology, no need to install processor, memory, graphics card, you can easily update BIOS.

Besides,Gigabyte's A520, x470, and b450 series motherboards also support the sharp dragon 5000. The corresponding BIOS version numbers are F11, F60 and F60 respectively.

Among them, the x470 and b450 are still beta versions, waiting for the official version of AMD micro code, which is expected to be released one after another at the end of December. 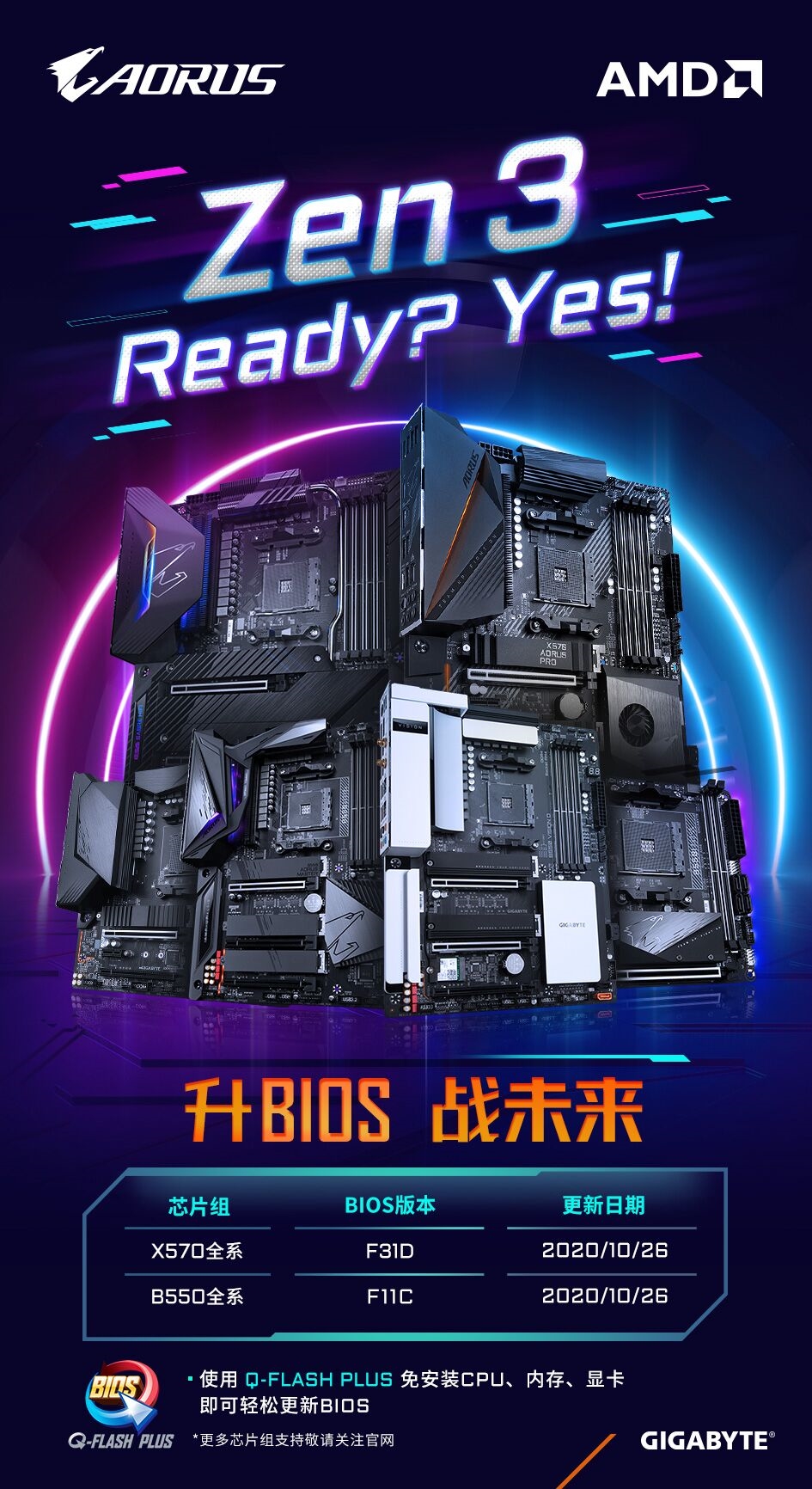 Related news
Amd restarted agesa's version number from the b550 chipset
Six world first ASUS b550 / x570 motherboards set world records
Gigabyte's new generation amd 500 Series motherboard BIOS makes full use of AMD ryzentm 5000 series processor advantages
AMD the future! TGA X570/B550 New BIOS Support Reelon 5000
ASUS releases new BIOS for 400 series motherboard: Intel Core also supports amd Sam
Amd responded that it has solved the problem of USB disconnection of Raptor motherboard: new BIOS is coming online one after another
Amd x570 / b550 mainboard upgrade: solve the problem of Ruilong USB disconnection
Amd zen3 APU retail launched in August
Ruilong 5000g APU will be fully armed to ASUS b550 motherboard
AMD Rayon 7 5800X3D available: X570 motherboard new BIOS ready
Hot news this week
Monkey acne cases have ranked first in the world that the United States has announced the emergency state of public health
Credit card points rule intensive adjustment online transaction points more "valuable"
High reserves and low cost experts: calcium ion batteries replace lithium batteries to stand up to the daily
Alibaba executives interpret financial results: the focus of the consumer side is no longer to attract new, but to do a good job in stratified operation
Losses in a single quarter of $ 23.4 billion a record, SoftBank did not carry the plunge of technology stocks and the devaluation of the yen
The prevention and control of the American Monkey epidemic has failed. What should I pay attention to?
Sources say Samsung's Galaxy Z Fold4 is going up in price: a 512GB top unit will cost more than 13,000
Is the micro -business headache? WeChat friends are suspected to have a big move: 7 can only be posted a week
Kuaishou launched a self-developed cloud intelligent video processing chip: The chip has been streamed successfully
The new product of Xiaomi MIX is coming: both internal and external dual -screen has been upgraded to make up for the previous generation.
The most popular news this week
Do you get enough sleep every day? Girls get the worst of it: Put down your phone
Baidu account online rename function: those unbearable network names can finally be replaced
The outstanding student secretary went behind the scenes and Gree successfully registered the trademark of "Pearl Feather Child"
Ali's largest shareholder sells 34.5 billion US dollars: completely losing the board seat
Meizu Pandaer Great: All products are reduced by 200 and 30 -containing mobile phone cases, heat dissipation back clamps
Domestic brands killed 5999 yuan folding screen phones this year bucked the trend: up 73%
Xiaomi House clerk was exposed to the official response of customers' mobile phone consumption
The laptop is almost burnt by the fire, but the hard disk data can be restored 500GB per day
China's first law bans mobile phones from schools: including children's phones and watches
The second China-led international standard for unmanned aerial vehicles has been officially released