On November 5, the Ministry of industry and information technology issued the announcement of road motor vehicle manufacturers and products (batch 338), which showed that domestic Tesla Model y had completed the declaration of MIIT, and the battery type was ternary lithium-ion battery.

After Model 3, this will be the second domestic model of Tesla Shanghai factory. 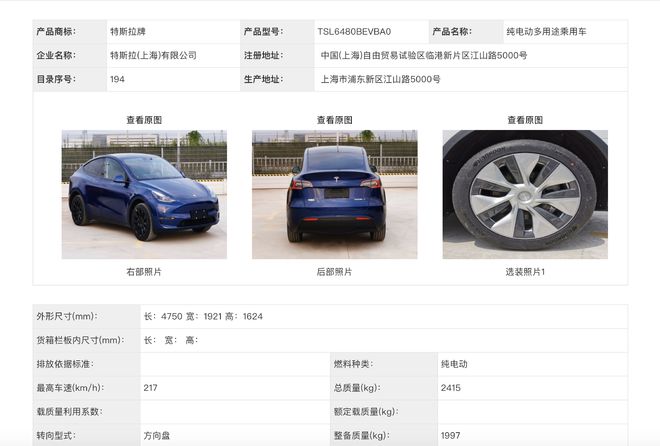 Tesla website shows that the Model Y is expected to start production as soon as 2021, the current price of the official website is 488000 yuan.