This year, Apple's autumn press conference one after another, and the front line is particularly long. Even the four iPhones in the same period have been separated by nearly a month.

In recent days, Sina digital has obtained the iPhone 12 Pro Max and iPhone 12 mini, both of which are different from what we expected. The big ones are bigger than expected, and the smaller ones are not as small as we expected.

In order to make this unexpected feeling more clear, our editor @ Guo Xiaoguang and a green vegetable__ After experiencing two products respectively, talk about the largest and smallest iPhones this year.

And it's definitely the most amazing phone in this year's iPhone12 series. Most people who first see it have to be happy to hold it in their hands and play with it, then say excitedly: 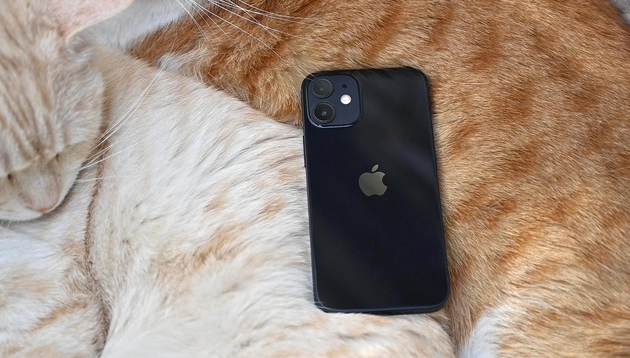 The iPhone 12 Mini is small and lightweight

The right-angle border design plus a 5.4-inch screen size makes the phone look exceptionally delicate, lightweight and pleasing, not to mention the shouting

But inevitably, small also brings a lot of worrying questions: can you see the screen so small? It's so small. Is the endurance OK? So small, will the performance and photo performance shrink?

Sina Digital will use a day of actual measurement to answer your question, iPhone 12mini, should you buy?

oneSo small, can you see the screen?

It is indeed the smallest and lightest 5g mobile phone in the world.

Today's mobile phones, with 5g, endurance, powerful video system and performance, can be easily weighed and dropped in pants.

Mini is really mini, which reminds people of the high school iPhone 4, which is easily stuffed into the sleeves of school uniforms, books, and pockets. It's a must-have artifact for stealing mobile phones in student days, and compared with iPhone 4 and iPhone 5 in thickness, the iPhone 12 Mini is lighter and thinner.

So small and so thin for girls and small hands are very friendly, one-handed holding is no problem, for those high-ranking boys 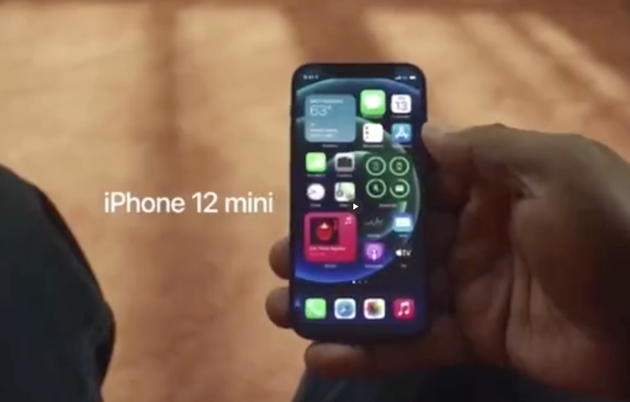 The size of the iPhone 12 Mini

This is indeed a very good small screen mobile phone! No, no, no, it should be said that it is a small-sized mobile phone. Its screen is not small. Compared with the iPhone se with big black edges on the top and bottom, the size is not much different, but the screen is visible to the naked eye many times. 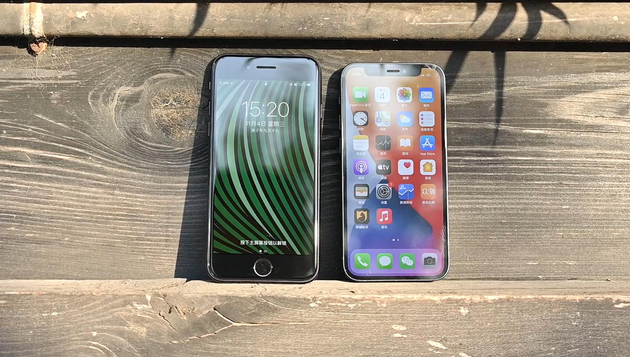 The screen is much larger than the iPhone se, which has a large black border on the top and bottom 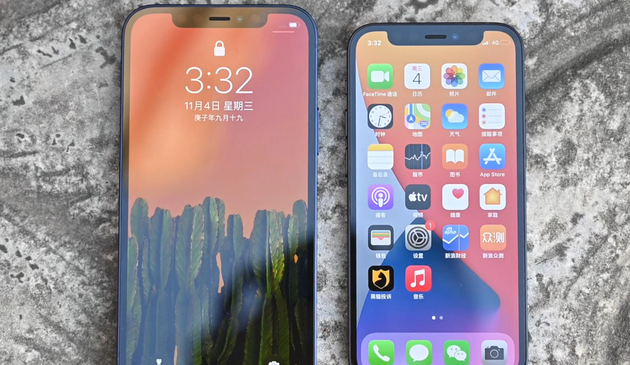 The bangs of the iPhone 12 Mini look very large

The key point is that many friends who are used to big screen will surely ask, can you see the characters clearly on such a small screen, and how about the use experience?

The first thing to say is that, after all, he has a 5.4-inch screen, so he certainly can't have the experience of watching movies on a bigger screen. However, it's a little different whether you can read the words clearly.

But if you are a big screen party like me, you will have a lot of symptoms that you are not used to

a. as the size of the phone becomes smaller, the interfaces, icons, and even keys are adapted and reduced, typing or daily switching interfaces may feel a little bit 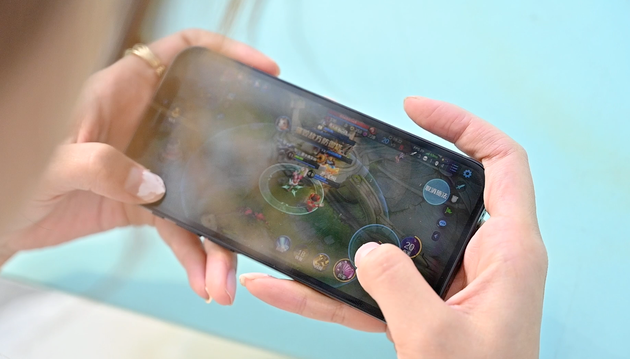 b. The default font size is smaller, which will inevitably make people read characters a little bit more eye-catching. In addition, with the super mini size of the iPhone 12 mini, you may unconsciously put the phone closer to your face and eyes when you browse the web. Of course, you can increase the font size, but the corresponding display content will be reduced, and such a small mobile phone uses larger characters, it is inevitable that it is not exquisite enough.

c. After a whole day's use, I gradually became more familiar with and used to different sizes of icon interfaces and fonts, and one of the biggest feelings of the day is: the mobile phone is so light, it is a day to lighten the load of the thumb holding the mobile phone.

02、Is the battery life OK for such a small mobile phone?

At the beginning of the test, the remaining power of the mobile phone was 91%. After an hour's driving, the mobile phone consumed 20% of its power (in the case of heavy use on the car, using wechat / microblog / taking photos / turning on 5g in the whole process), 10% of the power was lost in the game of King glory for 10 minutes. After nearly 4 hours of use, only 10% of the battery power was left on the iPhone 12 mini, which finally failed to beat the power anxiety and was plugged into the power bank. 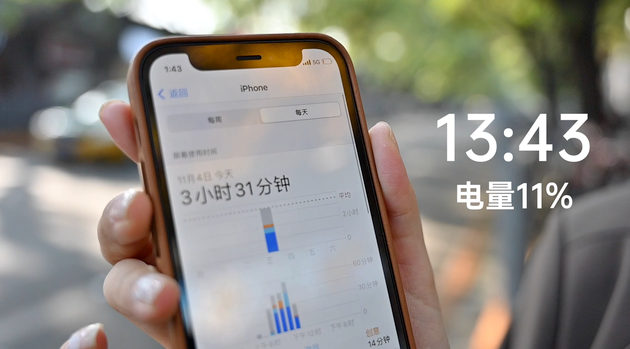 The trade-off between weight and endurance is iPhone 12mini enduring topic over the years, and with five G of power consumption, you may feel more energy anxiety and have light and convenient powe

03、How about performance / photo taking?

Many girl friends are worried about the possibility of taking pictures with such a small mobile phone. Let's look at the sample to talk. 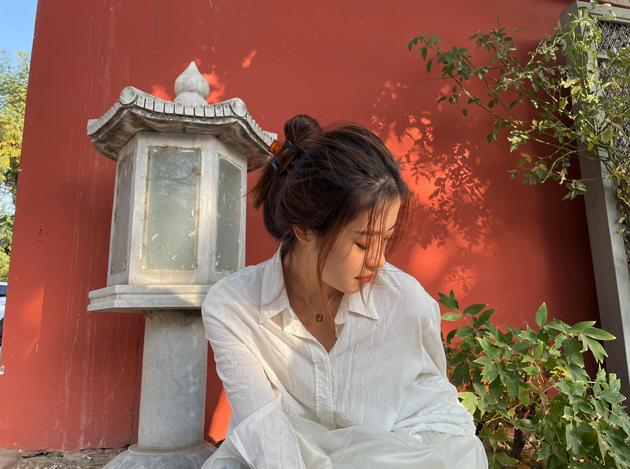 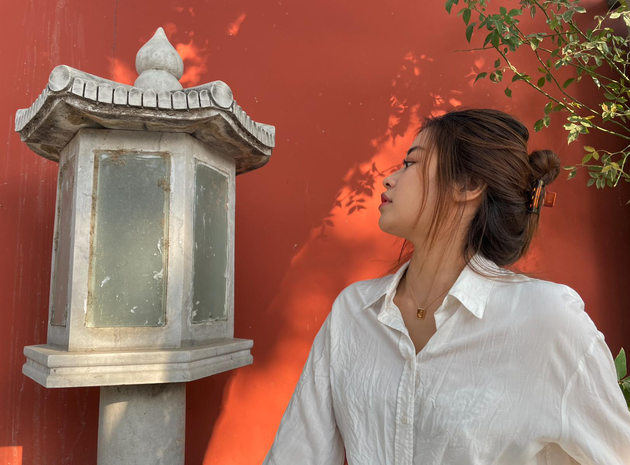 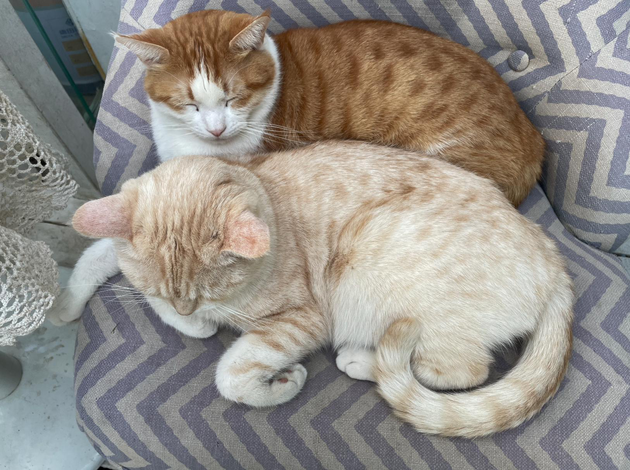 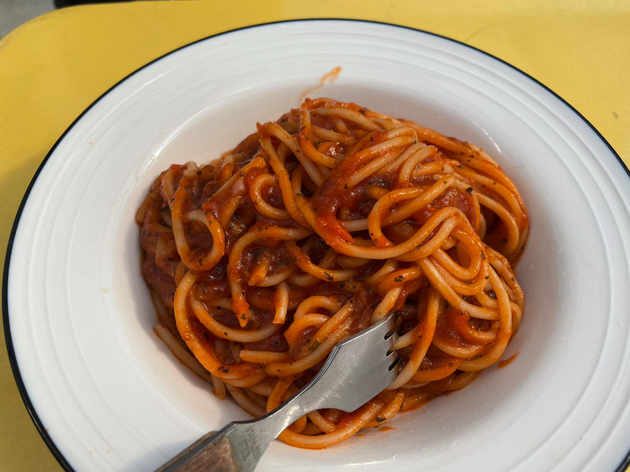 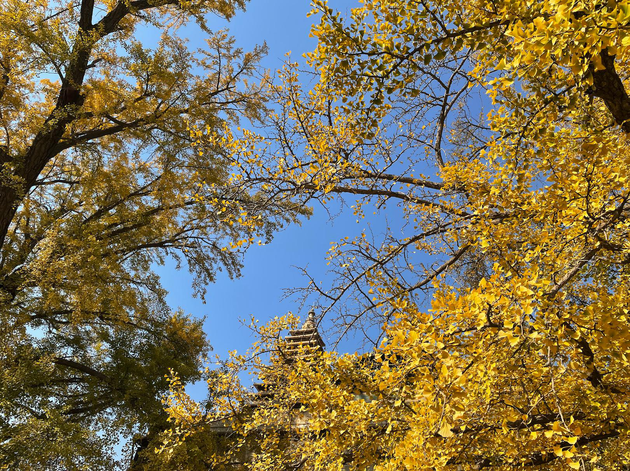 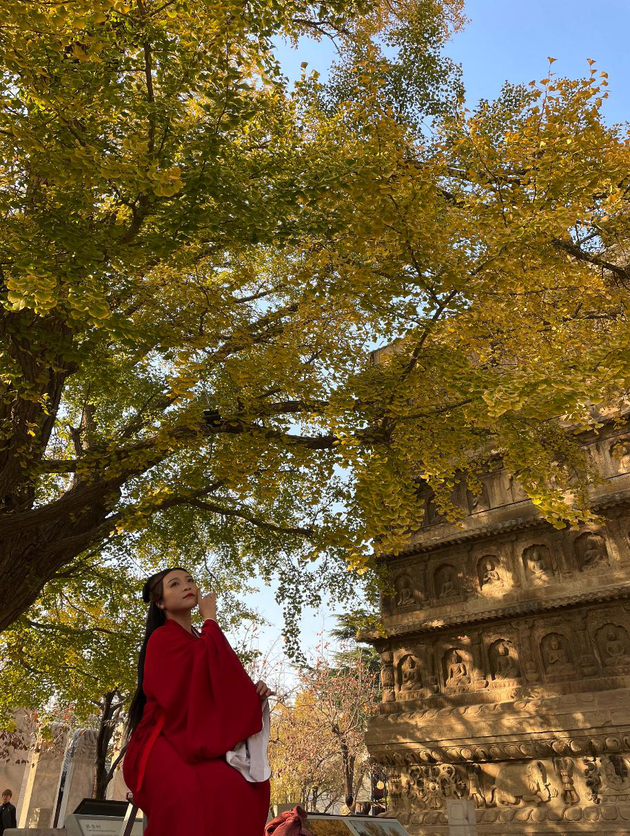 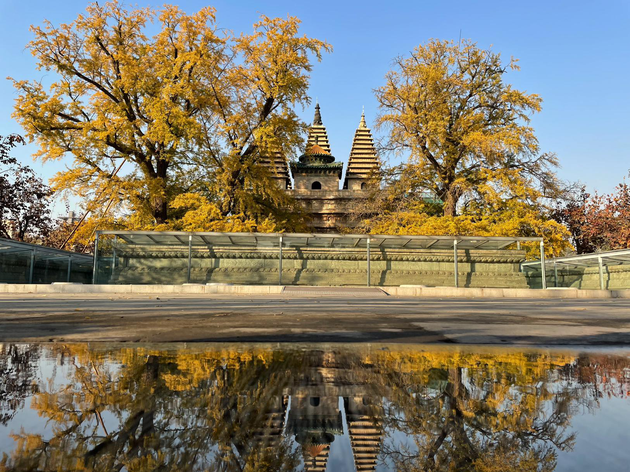 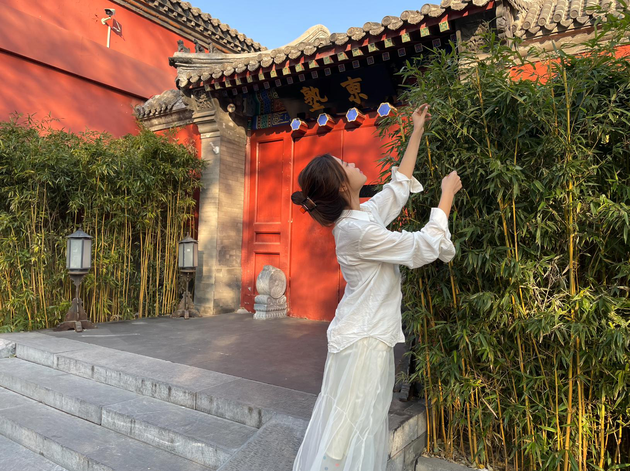 Color is more visible to the naked eye 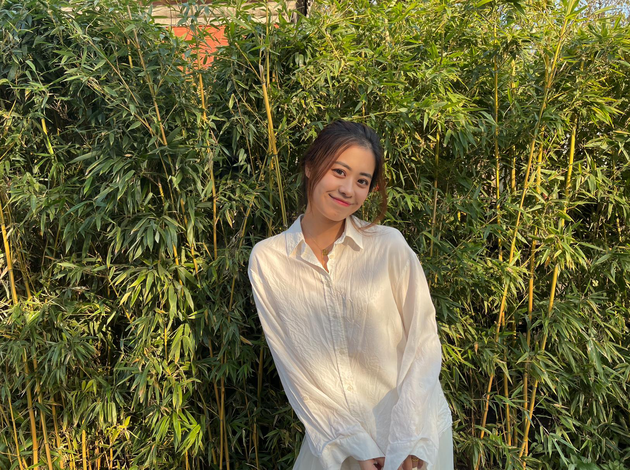 Between the light, the skin's color and state are handled delicately 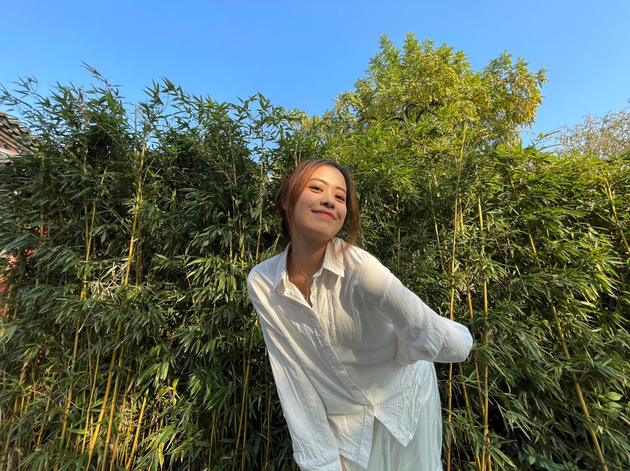 After using it for a day, my biggest feeling is that it's so comfortable to hold the small size mobile phone!

The appearance of iPhone 12 Mini fills in the blank of small screen mobile phones. It can even be said that it is the only small screen flagship with the most flagship performance and flagship video system.

The most important thing is that when you take the iPhone 12 Mini out of your pocket, you can feel it. It not only has the feeling that one hand can hold firmly, but also has the same comfortable full screen screen screen. These things together will be the small screen flagship expected by many people in 2020. It is just the white moon in the heart of the small screen party.

Of course, you can't have both fish and bear's paws. Endurance is really a problem. This brings us back to the perennial annual problem. What do you choose for handle and endurance? I believe that there will still be a large number of shouting "long live the small screen" and so on. Will the party start immediately?

Related news
IPhone 12 Pro Max and iPhone 12 Mini are available tomorrow
IPhone 12 mini and pro Max book open foreign media to share hands-on video
IPhone 12 mini and pro Max are robbed: all models of apple tmall's official flagship store are open for purchase
Consumers' initial demand for the iPhone 12 Pro Max seems to be higher than the iPhone 12 Mini
IPhone 12 Mini in girls' hands and iPhone 12 Pro Max in straight men's eyes
IPhone 12 mini, 12 Pro Max initial evaluation: 4000 yuan difference, what's the difference?
The iPhone 12 Pro Max has the exclusive advantage. How strong is this moving sensor?
iFixit iPhone 12mini/Pro Max X perspective wallpape
Detailed disassembly of iPhone 12 Pro Max: material cost less than 2900 yuan
JPMorgan report shows demand for iPhone 12 pro and iPhone 12 Pro Max is in short supply
Hot news this week
Sources say Penguin Random House's deal to buy Simon & Schuster has fallen through
Any chance of taking over the agency? Sources say Tencent has been in contact with Blizzard for at least a year
Blizzard's founder responded to NetEase's contract renewal: Cooperation is a two-way street, and we will do our best to make Blizzard games accessible to Chinese players
Ali suddenly released a new chip, the domestic chip breakthrough, abandoned the American chip fantasy
Better than Huawei or Apple? It is revealed that Samsung S23 uses satellite communication: can also space voice
Players recognized as the best of the year! The Old Man Ring won four awards at the 2022 Pension Rocker Awards
According to sources, TSMC replaced Samsung to win a large order of Tesla's assist driving FSD chip, based on the 4/5nm process
Today is the 18th anniversary of Blizzard's World of Warcraft: unfortunately, the national service will be discontinued in January
Jinshanyun reported revenue of 1.97 billion yuan in the third quarter, down 18.4 percent year on year
Xiaomi Q3 has not returned to the normal growth track. Wang Xiang: The idea of high-end strategic quick wins is incorrect
The most popular news this week
China AVS3 video, audio standards rise! 8K/4K/ mobile for the first time
AMD ripper is finally not lonely! Intel Fever U returns to 56 core hard carry 64 core
The price of Xiaomi 13 to 4,500 yuan has sparked heated debate among netizens: Should you buy Xiaomi at more than 4,000 yuan
Thunder online game accelerator announced that it will be officially suspended on December 1
With the NIL technology, Canon wants to provide China with a lithography machine comparable to the EUV
Wechat iOS version 8.0.31 private test update: Added the function of dragging pictures and videos to send with one key
AMD Zen4 12 core price record low! The cumulative price drop is 20%
Priceless metal is thrown away: One million scrap mobile phones can recycle 68 kilograms of gold
The world's first 6GHz! Intel's "Ashes Edition" arrives early: You're out of the sky
SONY loosen up! PlayStation's multi-year super exclusive is coming to PC