Finally the Galaxy flagship of the people! Evaluation of Samsung Galaxy S20FE 5G: The Empero

Finally the Galaxy flagship of the people! Evaluation of Samsung Galaxy S20FE 5G: The Empero

It's not the first time Samsung has branded its phone

For the first time in Galaxy S flagshipOfficials say it's a mobile phone for users eager for a more diverse range of features, listening to fans, abandoning compromises and tailor-made for fans of all kinds, from photographers to gamers to creators

This is not Samsung's polite remark.

The first three works of the Galaxy S20 series S20、S20、S20Ultra with exclusive luxury materials, top regulations and industrial design representing its peak, are still attractive flagship models half a year after their release, but at the same time, there is a high starting price of nearly 7000 yuan, doomed to benefit most users.

As a result, under the background that the former models such as Galaxy Z fold25g and galaxy note20 series consolidate the high-end products, and then the layout of galaxy a series is medium and high-end, Samsung has expanded s20fe, a flagship of people-friendly and fans oriented, in the galaxy S20 series.

The initial price of the Galaxy S20FE 5G China Bank Edition is 4999 yuan, while the current price is only 3999 yuan, which refreshes the lower limit of Samsung's S series of prices in the 5 G era, and even emphasizes with a crowd

Next is our detailed evaluation experience of Samsung Galaxy S20 Fe 5g. 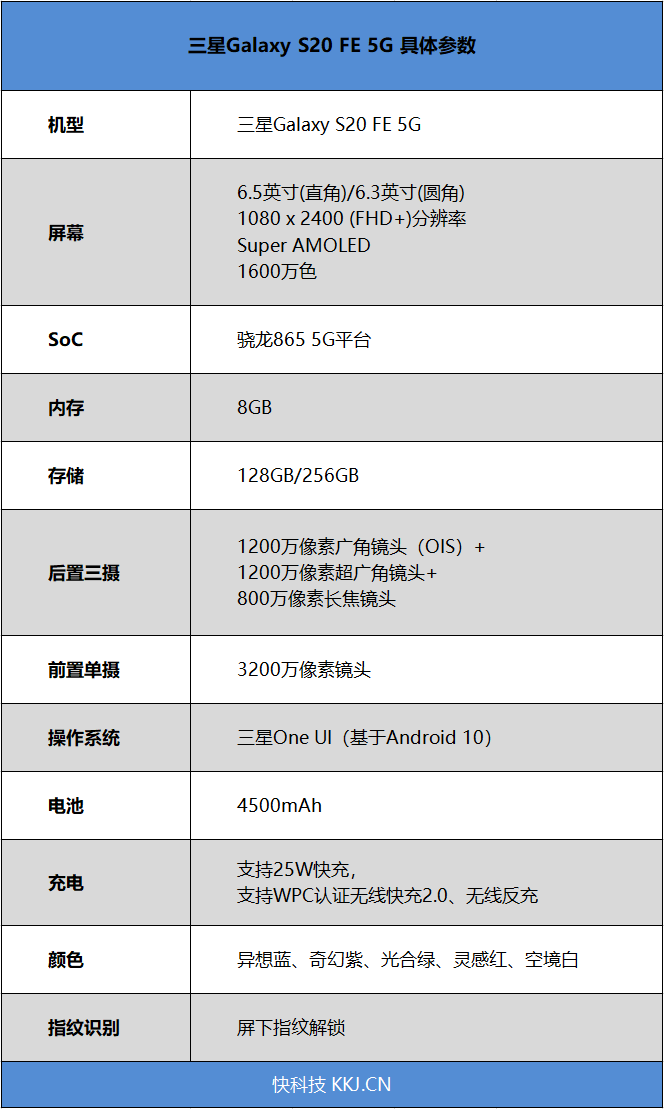