A few days ago, trendforce Jibang consulting released a forecast report, saying that thanks to the housing economic effect derived from the epidemic, apple MacBook shipment is expected to reach 15.5 million units in 2020, with an annual growth of 23.1%.

At the same time,Supported by Apple's new Mac series laptop and apple silicon M1 processor released on November 11, it is estimated that MacBook shipment will reach a record high of 17.1 million units in 2021, with an annual growth of more than 10%. 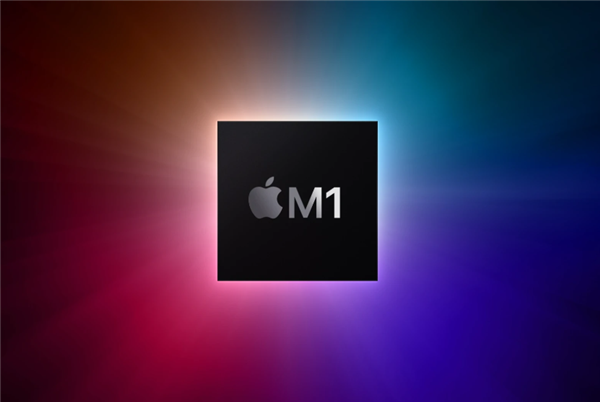 According to trendforce, although the price of the new 13.3-inch MacBook is the same as the old model, the power consumption will be greatly reduced and the service life will be extended after the Intel x86 architecture is transferred to the M1 processor of arm architecture.

In addition, the MacBook equipped with M1 can run traditional x86 applications in virtualization mode, which is highly efficient, and can directly run IOS app, which is as smooth as iPhone. M1 makes use of the advantages of arm architecture, so that the productivity of MAC reaches a new height.

The 5nm process itself has low power consumption. In addition, M1 can make the motherboard smaller, and the battery can be made bigger. It is difficult to think of a long life.According to Apple's official data, the new M1 MacBook Air can last up to 18 hours of video playback, while the MacBook Pro is further improved to 20 hours, with no charge and no pressure in a day. 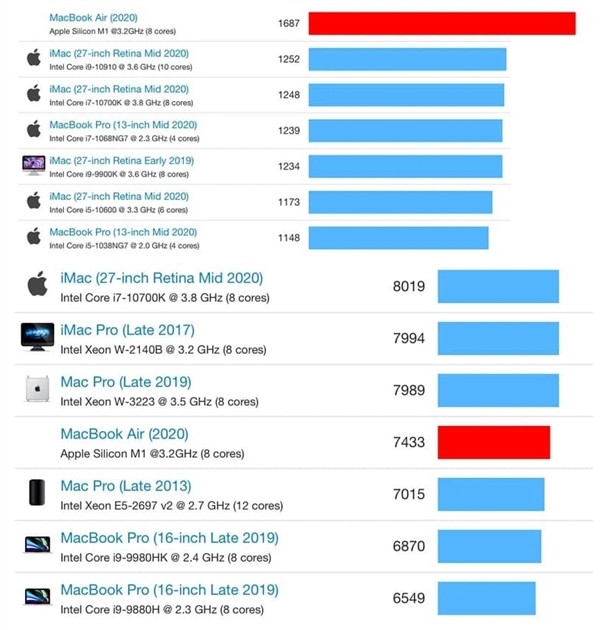 In addition to low power consumption, M1 also performs well. The latest news shows,With M1, the MacBook Air geekbench 5 runs with 1687 single cores and 7433 multi cores. Among them, the single core score was better than the IMAC (1252 points) supported by core i9-10910 (10 cores, 2.7ghz), and the multi-core score was higher than the 12 core Xeon e5-2697, and significantly better than the 16 inch MacBook Pro supported by i9-9880hk.

With the increasingly complete product line and the significant improvement of product efficiency, it is expected that MacBook sales momentum will remain strong in the future.

According to TrendForce current estimate of annual growth of 1.9 percent in 2021, Apple's performance is relatively bright, according to Jibang Consulting. Macbook shipments next year will not only be driven by the first self-developed computer processor, but its market share in the global pen market will also rise from 8 percent this year to 8.7 percent next year.