Under the final binding agreement signed between Baidu and Gyu Group, a wholly owned acquisition of the Group's domestic live broadcast business

According to the first financial reporter, Baidu's acquisition includes but is not limited to YY mobile applications YY.com Website, YY PC client, etc. After the transaction is completed, YY live will join Baidu. Baidu shares rose 1.9% to close at $147.84. Huanju shares rose 1.55% to $95.58. 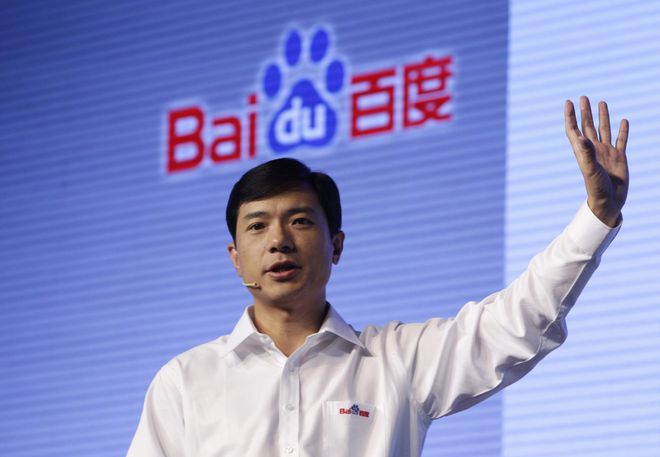 Zhang Yi, CEO of AI media consulting, said in an interview with first finance and economics that the deal had an impact on YY To Baidu, cash out is a good way. In addition to improving its income structure and laying out new strategic businesses in the short term, more importantly, Baidu will expand its old business relying on search to more realizable new business channels through such a heavyweight acquisition.

Baidu fans live, happy sword refers to globalization. Whether the deal will enable technology, traffic and ecology to help Baidu find a new story and focus its efforts on overseas markets is an underdog

The inevitable choice of live shuffle

As early as 2008, the voice software YY, is the live broadcast industry's old players, its show mode is still profitable today, but in live games, live streaming and short video

Compared with the game live broadcast, the show live broadcast has a lot of profits, but it also faces some problems, such as difficult social relationship precipitation, poor user stickiness, low competition threshold, fierce competition between the host and the guild. More Kwai's problem is growth and user churn. Many people are gathering money and gathering money to tiktok, and many of the hosts are streaming short, fast and vibrant.

Compared with the domestic live broadcasting business, which has fallen into the red sea battle, the overseas market has become the business focus and the second growth curve. According to the financial data of the third quarter released by huanju today, the operating revenue of bigo reached 3394.8 billion yuan, an increase of 120.8% year-on-year. Thanks to bigo business, the net income of huanju group increased by 36.1% to 6.286.4 billion yuan, and the live broadcast income increased by 40.1% to 6.049.1 billion yuan. In the overseas market, the live and short video products of huanju group have always been tiktok's strongest competitors, ranking second in China's live and short video products.

For Baidu, the latecomer of the live broadcasting industry, the biggest value of YY may come from a whole set of live broadcasting ecology, including anchor echelon, anchor cultivation, operation experience and even technical ability, which will provide great support for Baidu to create a live ecological closed loop. YY and Baidu are expected to introduce small amount of traffic, and can not make up for the difficulty of live broadcast.

For Baidu's main business search, YY live broadcast will enrich its search content orientation, at the same time, it can also help Baidu to supplement the content form beyond graphics and short video, and improve the user experience and user stickiness of search information flow service.

What's more, unlike Baidu's cash burning emerging businesses such as takeaway, the acquisition of YY can provide Baidu with additional free cash flow, thus supporting the development of other capital intensive businesses, such as AI and long video. At the same time, the acquisition of YY can also meet Baidu's diversified cash flow requirements and further expand the commercial space of mobile terminal.

Driven by capital and industry, live short video has almost become a battle for Internet giants. During the past year, some of the most popular losers have left the scene, with quick hands, shaking sounds, B stations around short videos and live broadcasts

Before the end of the live broadcast, baidu bought YY live to drag the industry into an extra time race.

If the acquisition is completed, baidu app, good-looking video, Baidu Post Bar and other terminals are expected to access into YY's traffic entrance. Whether the combination of Baidu's knowledge live broadcast and YY's accumulation on the show live broadcast will give birth to a brand-new live e-commerce play method and realize differentiated station, the integration effect of the two still needs time.

Behind each live broadcast war, the live broadcast industry is not only the demand flow entrance, but also the transaction service carrier, which carries the possibility of game and social interaction. A baidu executive told first financial reporter that the live e-commerce industry is a very convenient, close to money and potential industry. At present, e-commerce industry payment, express delivery, supply chain and other macro infrastructure has been fully mature,

However, live broadcasting depends not only on traffic, but also on anchor, supply chain and basic skills. Jitter and Kwai have already been messed up live broadcast of the electronic business platform, and knowledge seeding is also inflow into the Bureau. Whether the YY showcase entertainment mode will turn smoothly to tiktok and other diversified live broadcast modes is still unknown.

Return to the essence, whether live or short video, the core depends on fine operation, superior content and commercial realization, the competition between platforms mainly lies in quality and diversification. Who can meet the diverse and personalized needs of users, who can break through in the live short video track.

Related news
YY "sell oneself", baidu picks up double-edged sword
It is said that Baidu bought YY in addition to live broadcast, but also bought a cash cow
YY for Baidu, the right is perfect
Why can't Baidu buy YY?
Finally! Baidu Guanxuan :23.7 billion yuan acquisition YY live domestic business
Robin Li's 52 birthday, Baidu bought YY live broadcast, $3 billion 600 million value is not worth.
Baidu's $3.6 billion acquisition of YY live broadcast to expand diversified business model
Muddy water claims that 90% of YY's live broadcasting is fake, and it has just been sold to baidu this week
Baidu acquires YY: the third live broadcast war starts
Baidu vice president Cao Xiaodong officially took over YY. Is $3.6 billion worth it?
Hot news this week
Is Hongmeng OS Android shell? HUAWEI Wang Chenglu: Tucao people do not make complaints about what is open source.
Netizens said that the ps5 host has been cracked: it is able to mine and calculate the power of super high-end graphics card
Tencent publishes the title party recognition patent for the first time: Based on Artificial Intelligence
I'm hiking in the tropical rain forest of China with apple watch, but my sports record is the last thing I care about
Xiaomi's new patent exposure: four shots are distributed in the four corners of the mobile phone, which can realize 3D photography
The internal test of flyme 9 of Meizu 16 series was launched at the end of April: design, privacy and function upgrade
Ma Yun bought the invention of scanning code to pay several 80s will ring the bell: an estimated value of 54 billion
Three years in vain! Sun, a programmer, compensated Tencent 976000 yuan and returned 158000 yuan for violating the competition agreement
Tencent document online mind map and flow chart, using structured thinking to achieve information management
This year's first big West Mercury show will be held on the 6th! Feel the true face of the smallest planet in the solar system
The most popular news this week
Huawei's cheapest real wireless noise reduction headset freebuses 4I first sale today: 449 yuan
The report said that Russian intelligence forged news websites to spread the wrong information about the new vaccine
From March 1, will wechat start charging for good morning and good morning pictures? Official response
Do you charge for sending such pictures on wechat? Here comes the official response
150 people have been cut in two years! Google understands how much it costs to play games
Huawei's P50 release time is suspended at the end of April: new tablet comes on stage simultaneously
Linux kernel 5.11.4 release adds support for some mainstream hardware
Samsung releases 2021 49 inch G9 super curved display: upgrade Mini LED screen, double brightness to 2000 nits
Sony drift to PC?
The U.S. Department of labor's investigation concluded that Microsoft had no misconduct in the anti affirmative action in the trump era