I thought my 16 inch MacBook Pro was the best MacBook I could buy now. It turned out that I was still young.

Let's start with the conclusion. The 13 inch MacBook Pro we tested is a pure entry-level version with 8g memory and 256g body storage without any optional configuration. 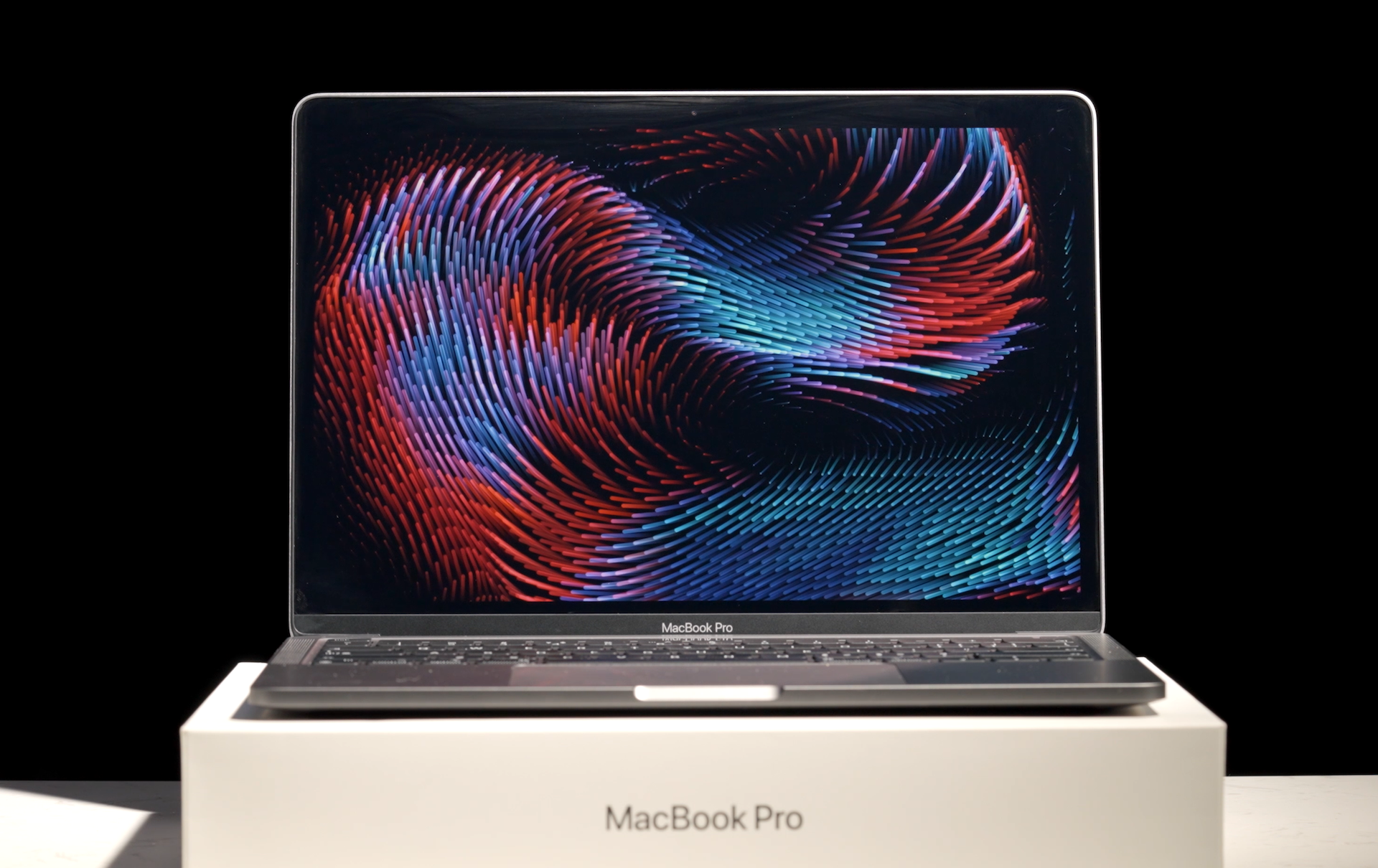 In fact, if you pay attention to this machine, you will generally focus on the following issues:

But ah, it's rogue to talk about the hardware experience regardless of the scene, so we also found four scenarios to talk with you about the four dimensions of the 13 inch macbook pro of M1 chip.

However, the running points have little significance for daily use, so we can directly look at the scene. 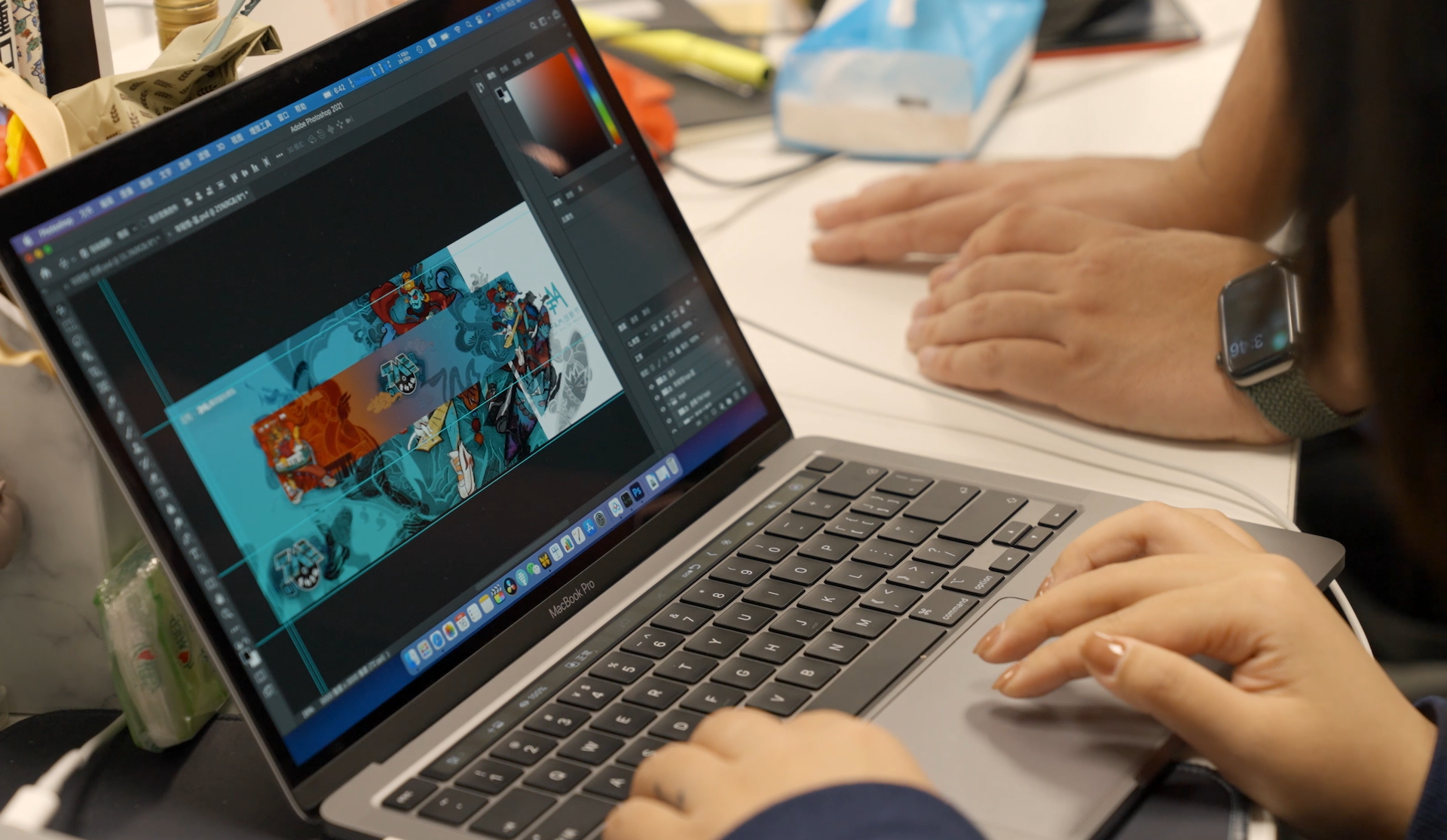 After I lost the new 13 inch MacBook Pro to our designer, she directly threw a picture into the computer that would have been stuck when she used the 16 inch MacBook Pro into the PS. we got feedback that this picture is about 100MB in size, about 5m in actual size, and has many layers. The whole processing process is very smooth.

Don't worry, we have also tested the cut video with the updated fcpx. The 4K 50 frame Pro res can be dragged and edited smoothly without any agent, and the effect of various plug-ins is no problem. This time, after using M1 chip, the experience of the new 13 inch MacBook Pro is equal to that of the 16 inch MacBook Pro with high configuration and independent graphics card. 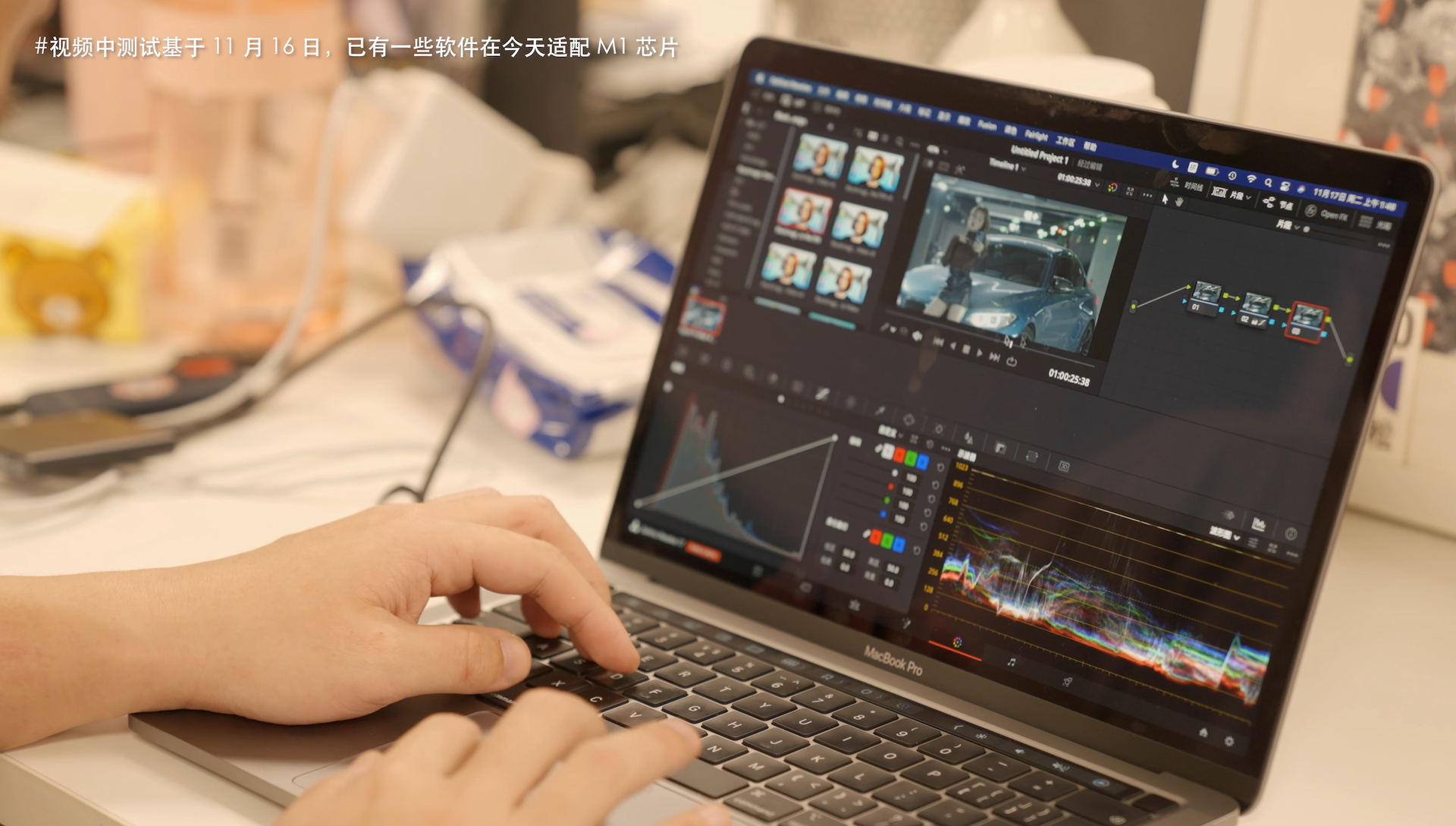 The point is, when we compare the two scenarios of designers and video bloggers, the 16-inch MacBook Pro fan has gone crazy and the CPU has begun to reduce frequency, but the 13-inch MacBook Pro of the M1 chip has been quiet. Not hot, performance has not been affected.

As for the endurance, it's really strong. The machine doesn't heat up and the power down speed is extremely slow. As for how slow it is, in our two-day test, because there are other tests to be done, there is not enough time to run a complete endurance test. The 13 inch MacBook Pro doubles its endurance, but it's not a big problem

Last but not least, in 2006, apple prepared Rosetta, for developers to move from Power PC chips to intel. Over the next 15 years, Rosetta 2 is built-in simulator in the macOS Big Sur that allows developers to run the original X86 software directly to the ARM architecture Mac without changing the architecture. 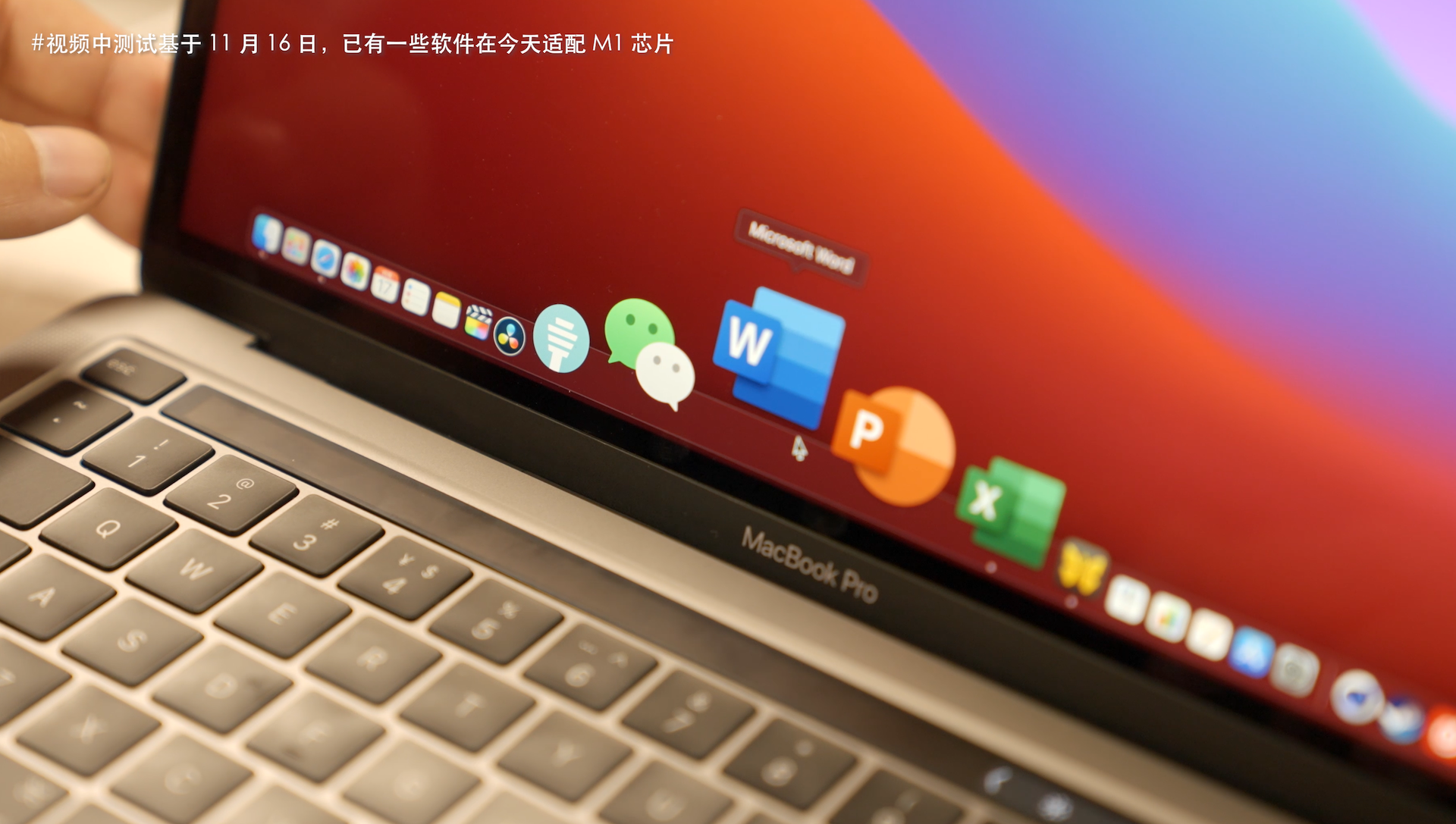 Simply put, it's a virtual machine.

Office suite, which is commonly used in daily work, and various kinds of software that are not extremely professional, are running well on this virtual machine.

Normally speaking, the virtual machine will lose performance, but because the performance of M1 chip is really too high, it is almost difficult for you to feel that because the software is x86 version, the use experience is not good.

Of course, what's worse for developers is that docker can't be used now. I don't know much about development. However, our technicians say that this is very common, so it's not very good for some developers.

Well, even if it's a problem, anyway.

What's more, the 13 inch MacBook Pro has such a strong performance that you only give me two usb-c interfaces? Well, not enough. 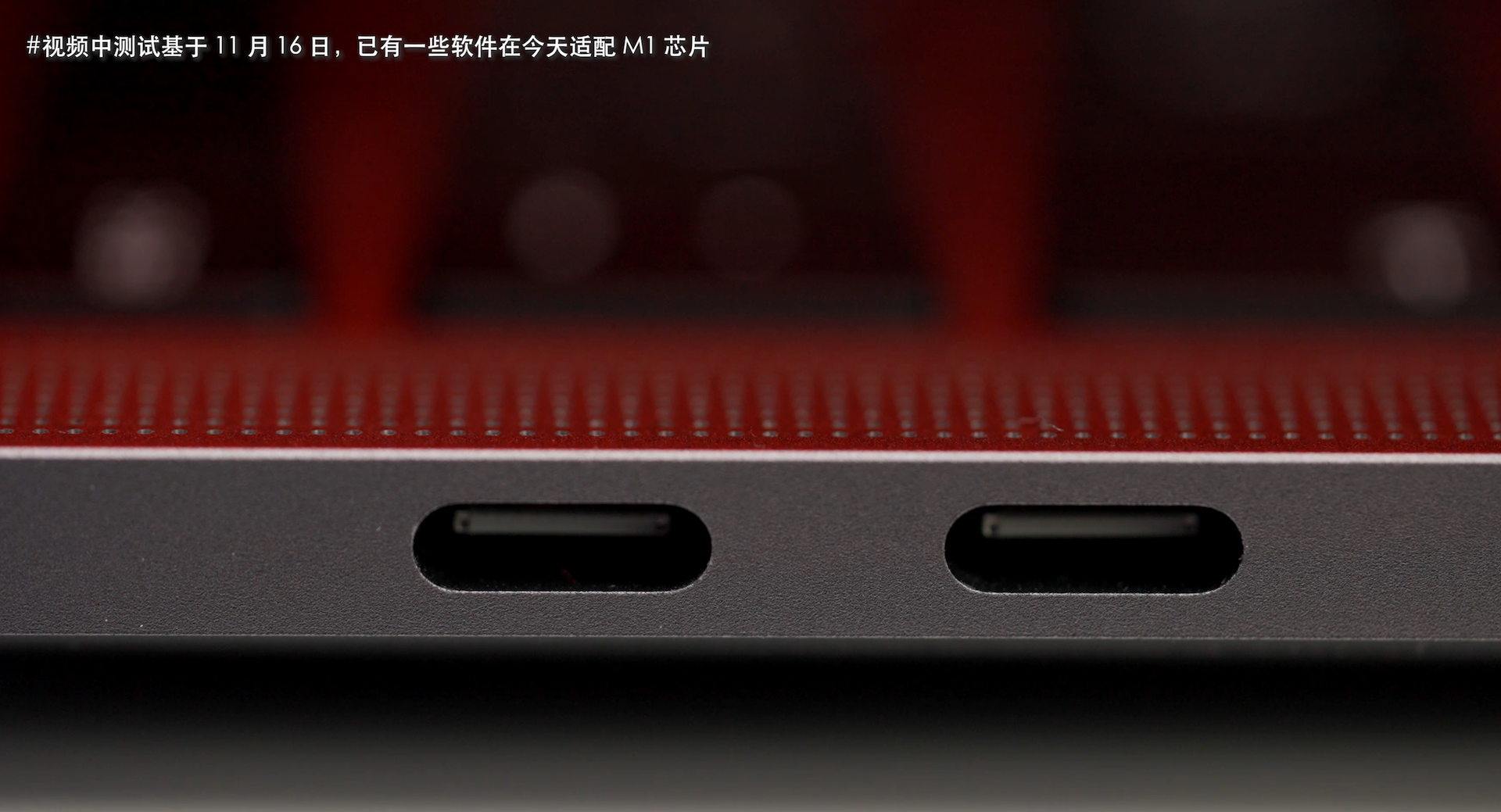 There is also a problem for developers, that is, now the Mac, of M1 chips can really run some iOS and iPad chips, but the experience, well, not yet, is still based on touch screen logic, and app size can not change, wait for the developer.

Oh, yes, the appearance hasn't changed this time. Well, if it does, it will be better. 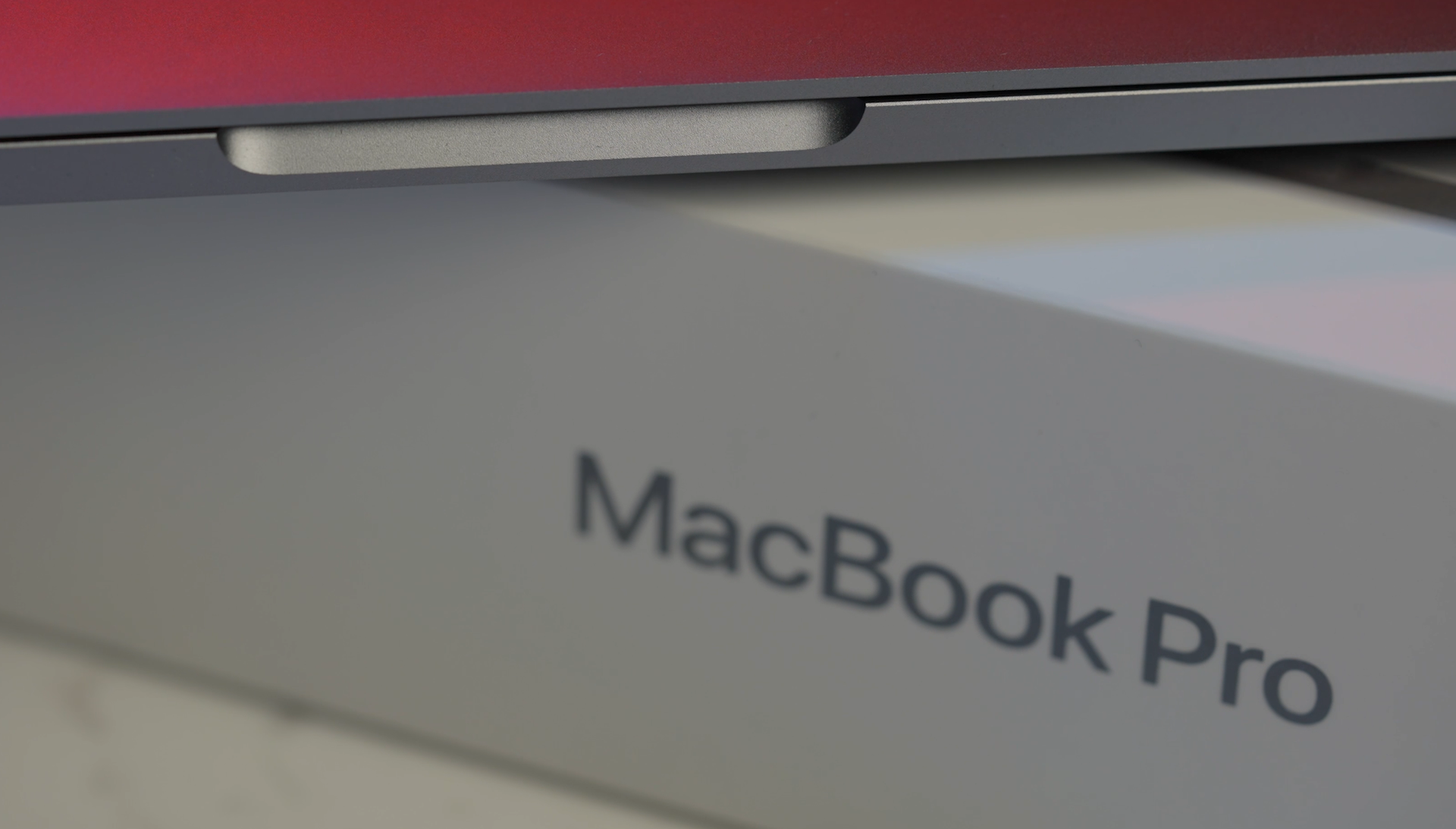 Well, I probably want too much.

Finally, a summary, If you're a designer / video blogger / daily office, New Mac, with M1 chips MacBook Air, included MacBook Pro,13 inches Mac mini, With your eyes closed, Air have a fan less than Pro, Continuous performance output should be nearly, The MacBook Pro I got was eight G of memory, Mac mini is 16 G of memory, Experience, There's no obvious difference, But if you want your computer to take longer, Can go up to 16 G.

With the M1 version of the Mac, there is no other experience change except faster. This is actually the most successful part of apple. If you think about the windows RT that Microsoft tried before, you can see why I said that.

So if you need the software environment to be on the windows or playing games, don't say anything, do n' t look at Mac. at all I don't mean Mac ca n' t play, but the richness is different. PC and Mac have their own good, do not have to live and die such a thing. 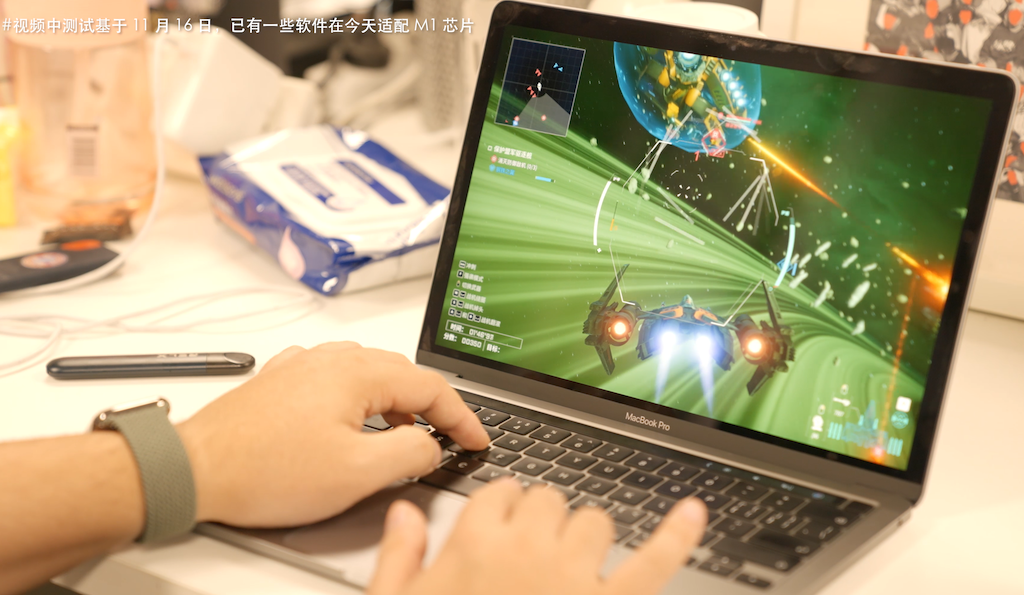 For Apple users, the M1 chip is so good that you don't have to worry about whether to buy I3, i5, i7 or i9 any more. You just need to think about your own usage scenarios. You need to output high-performance for a long time, buy pro, and buy an air for the rest.

This logic is not very similar to the original computer, like the mobile phone, like the iPhone 12 mini to the iPhone 12 Pro max, the performance benchmark is the same A14, mainly depending on where the long board of different models is used.

From my personal point of view, M1 is so strong, and the next processor to be used in the higher end product line, isn't it... More...

Why does apple have to make such a big effort to move the Mac? To be small, Intel is really pulling its legs. The toothpaste is so crowded that not only amd but also apple can't see it.

In the long run, this kind of equipment architecture level integration may mean the integration of devices in the future.

People always want to carry more and more powerful computing power with them and use them at any time. Whether it's laptops, iPads, or iPhones, it's all based on that.

Today, MAC is turning to arm, which gives computers the possibility of merging with other mobile devices. Tomorrow, it may be that tablet computers will really become computers, and the day after tomorrow, smart phones may become another form of portable devices.

Related news
Detailed evaluation of Apple silicon M1 MacBook Air
M1 chip Macbook Pro experience: goodbye intel
PC will change! Is apple M1 killing arm the future?
Ifixit disassembles M1 macbook pro and air: internal design is the same as Intel
Ifixit disassembles Apple silicon MacBook to reveal M1 custom chip
Want to buy M1 chip MacBook? We need to figure out these three things
What does it mean for apple to use M1 chip?
Jitter practitioners evaluate apple M1: tiktok is far less useful than Intel.
Apple two professional editing software updates: support M1 Pro and M1 Max chip
Apple confirms: The MacBook Pro 16" M1 Max has exclusive high power performance mode
Hot news this week
Zhao Lijian responded to the British "blocking" Huawei: generalizing the concept of national security harms others and harms themselves
Zhao lijian said the UK's decision to block Huawei under PRESSURE from the US was damaging others and not benefiting itself
Behind Microsoft's acquisition of Blizzard: Intended to build a super game carrier, SONY is the most hurt
Behind the exposed layoffs, China has praised the loss growth, and the stock price has fallen 67% in three months.
Microsoft's $68.7 billion acquisition of Activision Blizzard became the largest acquisition in the company's history
Mediatek's 40% share topped the mobile SoC market, leading for six consecutive quarters, followed by Qualcomm and Apple
Scissor doors, lifting lidar! Baidu car under the blood cost of the concept car details were first exposed
The largest transaction in Microsoft's history! Hao Zhi 436.1 billion cash acquisition moving blizzard
Cait: it is not recommended to take quarantine measures directly for travel card users with asterisks
Huawei applied for the Tianchi trademark again, and the international classification is scientific instruments and website services
The most popular news this week
Doctors in the United States have announced the successful transplant of two pig kidneys into brain-dead patients
The "pain" of the tech billionaire a week: Musk evaporated 160 billion yuan Bezos second will lose
IBM sells Watson Healthcare's data analytics assets consultancy: it is less competitive than other giants
NetEase Cloud Music to the regulatory authorities reported "fake" song washing and other unfair competition
Angry Bird 2 has been removed from the Apple Mall, when is back to uncertain
Amazon shares plunged 12 percent this week for the worst weekly performance since 2018
B Station 2021 Hundreds of UP Lord Awards: UP master hand-made Samsung Pile Gold Mask is best
Huawei Mate 50 meal rendering drawing out: actually hit the face millet 12 Ultra
iPhone 13 serious rollover screen can't see! Apple is anxious
Total supervision! 4 departments to carry out guidance for 11 leading enterprises such as Cargo Lala and Tencent