The U.S. has seen a historic drop in greenhouse gas emissions this year, according to the study

According to a new estimate by Bloomberg Nef, carbon dioxide emissions in the United States are falling rapidly this year to levels never seen since 1983.The earth's heating pollution is expected to fall by 9.2% from last year, the private research institute said it would be the biggest drop on record. 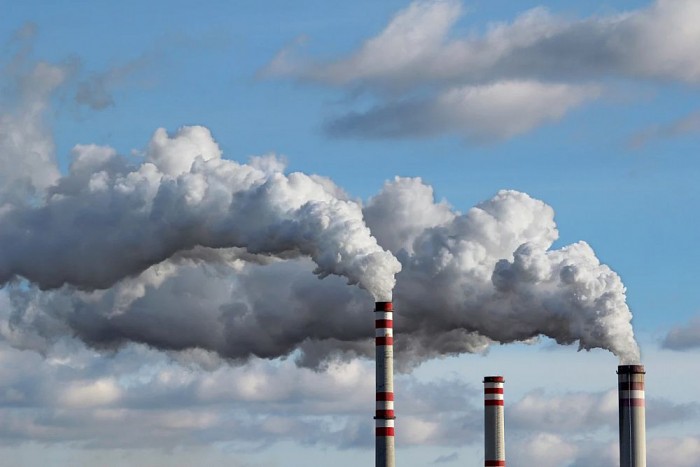 The sharp decline is mainly due to the covid-19 pandemic affecting normal business. As many Americans work at home or no longer work, transportation, the most polluted industry in the United States, has seen a record year-on-year decline. The sector also contributes the most to the overall emission reduction of the country. The power sector's emissions are likely to fall by a record this year, according to the estimates of the Bloomberg Nef. Globally, emissions are expected to fall by up to 7 per cent this year. It would be welcome news if the cuts were deliberate, not the result of the economic and health crisis. According to United Nations scientists, greenhouse gas emissions need to be kept down by more than 7 per cent a year throughout the decade to keep the world at a relatively manageable level. To do so, economies need a rapid shift to clean energy. However, workers can not stay at home forever. Without a conscious shift to renewable energy, once the epidemic is contained, the world is likely to continue to plunge further into climate catastrophe. After a historic decline in climate pollution this year, BloombergNEF expect year-on-year emissions from the United States to hit new highs in 2021.

Equally worrisome, this year's unprecedented wildfires in the United States have offset some of the reductions in greenhouse gas emissions caused by pandemics. The fires released 184 million tons of carbon dioxide equivalent this year, equivalent to what 43 coal-fired power plants could release in a year. These emissions reductions will almost offset the entire electricity industry in 2020. If the fire factor is taken into account, the overall US emission reduction this year may be close to 6.4%. Much remains to be done in the United States to cut emissions and make them permanent. "Human waste is piling up in the atmosphere, and it won't disappear," Ralph Keeling, a geochemist at the Scripps Institute of oceanography at the University of California, San Diego, told the verge earlier this year. "Carbon dioxide is accumulating to deal with not only our emissions now, but also our emissions in the past century."

Related news
The linely group's best mobile processor of the year: God u Kirin 810 wins the title
"Generation God U" Kirin 810 gets The Linely Group's annual "Best Cell Phone Processor Chip"
U. S. cellular starts 5g millimeter wave deployment with Nokia and Ericsson
Why does USB flash disk last forever? There are three reasons
Hot news this week
Lu Jian, president of linkedin China, responded to rumors of the "closure of linkedin China" by saying that the company will increase its investment in China even if it does not reduce it
Samsung Motor announces end to flexible printed circuit board RFPCB business Without affecting iPhone production
I can't play! The official solution to the bug in Chinese Paladin vii was provided
The video asked Net-a-Lago to apologize
The United States exposes the higher civilization of the universe: human beings are inferior to good ones
Rolls-Royce China SAO operation caused dissatisfaction wang Sicong message not to buy: official apology
Bytes beat 9 billion yuan to acquire VR companies, then invest the chip, or to accelerate the layout "Yuan Universe"
Xiaomi intelligent clean ecological chain enterprises to pursue technology to complete 3.6 billion yuan C round financing
Xiaomi appointed Li Xiao Shuang as a vice president of Xiaomi Motor, CFO Lin Shiwei, and the CEO of Stars
A large number of elderly people show up the king canyon! After 60 "Internet Addiction Teenagers" can also "anti-add fans"?
The most popular news this week
SONY unveils the full-frame Alpha 7 IV with a new 33-megapixel sensor that supports 7K hypersamplers for video shooting at 16,999 yuan
Man Buys Xiaomi New Machine Appears in Women's Photo Official response: Photos are cloud-based content synchronization
Tesla's game of "small profits, big Sales" : Average selling price fell 6%, third-quarter net profit hit a new high
Tesla Q3 earnings reading: Record net profit on revenue Pressure on new Chinese cars is coming
Microsoft CEO NADELLA is most concerned about three things: ubiquitous computing, AI big model and virtual online
Nearly 80% of teenagers in Taiwan think cyber bullying is a serious problem, according to a survey
What opportunities and challenges brought to the financial industry?
Jia Yueting is paying back the money again! Faraday's future former employees in China receive a pay rise
The storage chip faucet is 119 times the first three seasons, the chairman reporter is born, "cattle scattered" did not lose the position.
The liabilities are still 95 billion Jue Ting pays, and FF China's front employee will collect salary and consistent with the in-service.