AMD recently released the Ruilong 5000 series processor, with the support of the Zen3 architecture and 7 nm process, the performance efficiency has been amazing, DIY players have shouted 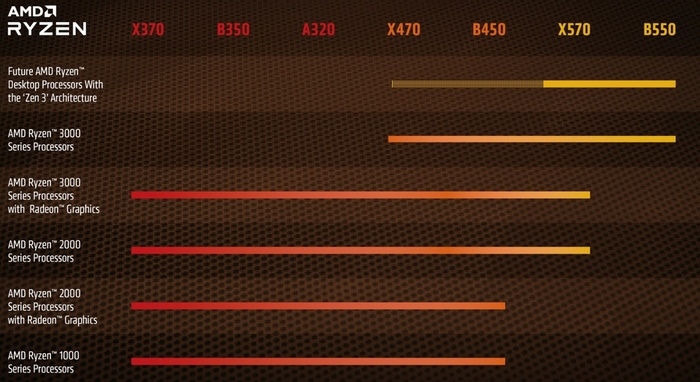 This message, let some old users feel disappointed, after all, from Zen to Zen3, from 300 to 500 series motherboard, in fact AMD did not replace the AM4 physical interface of the motherboard.

Since the socket has not changed, many friends expect that the 300 series motherboard can be compatible with the zen3 processor. Now amd does not provide support for compatible zen3 on 300 series motherboards. This is mainly a BIOS level problem. Is there any other way to achieve compatibility? Will the third-party manufacturer provide the corresponding compatible BIOS? Let's talk about it today.

Does the 300 system motherboard really not compatible with Zen3 processors?

The physical slot of the 300-series motherboard is compatible with the Zen3 processor, as mentioned earlier, but BIOS limitations hinder compatibility. This was initially a guess, and recently players have confirmed this.

Under the name of a ID in the Overclock forum

The brko player also said that it was totally wrong to say that the old motherboard was out of date. In a few days, he would release more powerful evidence such as CPU-Z screenshot authentication. 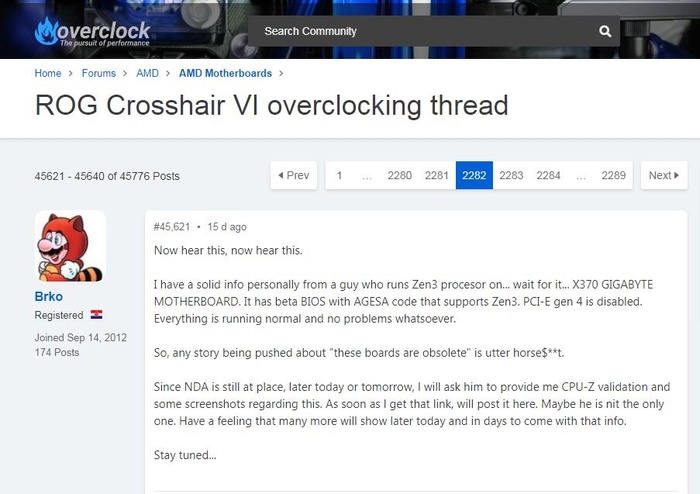 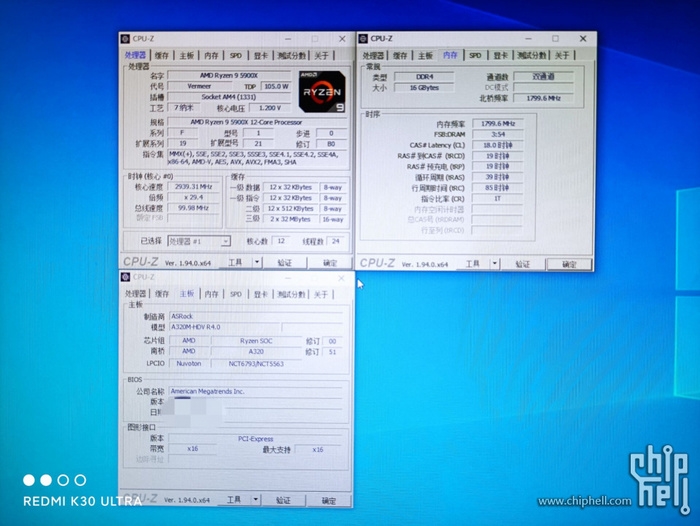 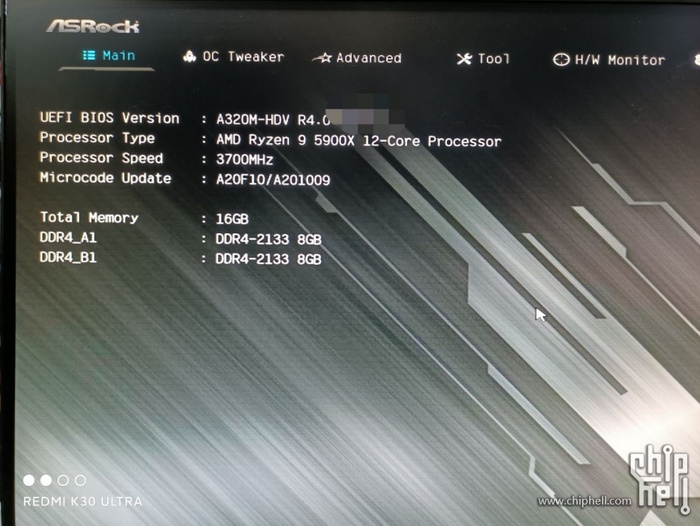 How can a 300-series motherboard be compatible with Zen3?

In short, the key to the compatibility of the old motherboard of the 300 series with zen3 is the BIOS. At present, the compatible instances leaked out on the Internet are not publicly released or implemented by the BIOS modified by players themselves.

The 300-series motherboard in your hands can not be compatible with Zen3 through AMD update AGESA, but will the motherboard manufacturer provide the corresponding BIOS update? In my opinion, this depends on the following points.

Generally, 300 series motherboards are only equipped with ROM with 16m capacity. If BIOS adds support for zen3 processor, Rom capacity will be limited, and some old processor support may have to be abandoned.

This was the case when zen2 was released. In this way, the new zen3 support means that the experience of users using the old processor will be affected. Although users can choose not to upgrade, is it necessary for manufacturers to take this risk? It is questionable.

At the same time, when the new BIOS of a b450 motherboard supports zen2, it has to give up the compatibility of some old CPU because of its capacity

Of course, the most important thing is the official attitude of AMD. Once the motherboard manufacturer also introduced BIOS to support PCIe 4.0 on the old 300 / 400 series motherboards, but under the pressure of AMD, this support had to be cancelled.

Will AMD turn a blind eye to the BIOS? of the 300-series board compatible Zen3 from the main board manufacturer Or will you guard against it? We'll see. 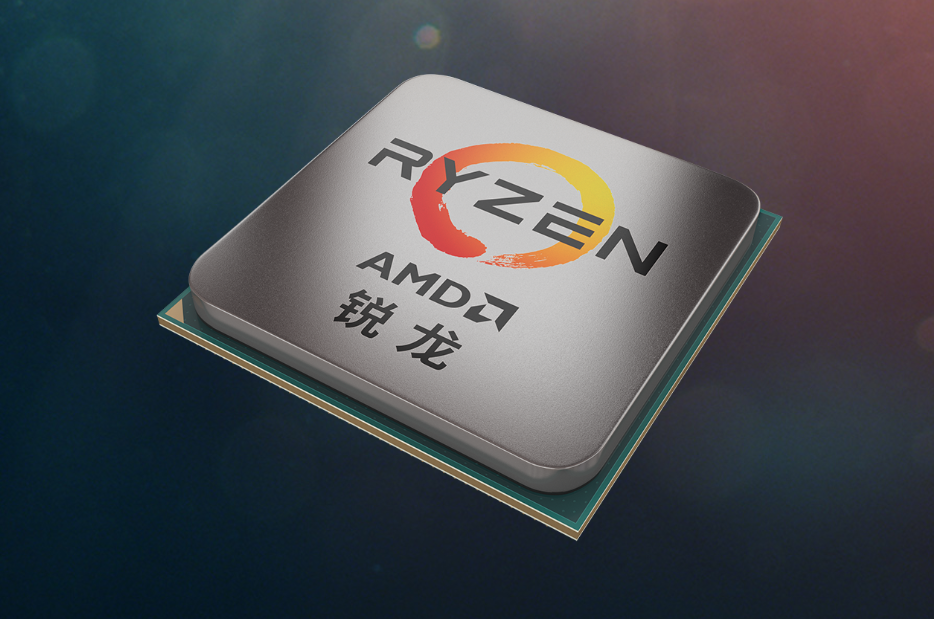 Related news
Will AMD conscience AM4 slot be replaced by Zen3 DDR5 by 2020?
AMD sets the tone for the Zen3/Zen4 architecture: making important changes
Conscience YES! Amd zen3 fourth generation sharp dragon still doesn't change interface
Zen3 is no longer downward compatible with AMD internal staff of 300 / 400 series main board
AMD: B450、X470 motherboard can support Zen3 Ruilong processo
Amd announces zen3 benefits: it's time to support 400 series motherboards to test a fan's sincerity
Official announcement! Amd zen3 third generation Xiaolong has been shipped in batches and will be released in Q1 next year
Amd zen3 is so delicious! 300 series old motherboard compatibility limit cracked
Amd releases zen2 4700s Suite: moving Xbox series X to desktop
AMD doesn't even bother to squeeze toothpaste! Zen3 thread ripper postponed until next year
Hot news this week
Monkey acne cases have ranked first in the world that the United States has announced the emergency state of public health
Credit card points rule intensive adjustment online transaction points more "valuable"
High reserves and low cost experts: calcium ion batteries replace lithium batteries to stand up to the daily
Alibaba executives interpret financial results: the focus of the consumer side is no longer to attract new, but to do a good job in stratified operation
Losses in a single quarter of $ 23.4 billion a record, SoftBank did not carry the plunge of technology stocks and the devaluation of the yen
The prevention and control of the American Monkey epidemic has failed. What should I pay attention to?
Sources say Samsung's Galaxy Z Fold4 is going up in price: a 512GB top unit will cost more than 13,000
Is the micro -business headache? WeChat friends are suspected to have a big move: 7 can only be posted a week
Kuaishou launched a self-developed cloud intelligent video processing chip: The chip has been streamed successfully
The new product of Xiaomi MIX is coming: both internal and external dual -screen has been upgraded to make up for the previous generation.
The most popular news this week
Do you get enough sleep every day? Girls get the worst of it: Put down your phone
Baidu account online rename function: those unbearable network names can finally be replaced
The outstanding student secretary went behind the scenes and Gree successfully registered the trademark of "Pearl Feather Child"
Ali's largest shareholder sells 34.5 billion US dollars: completely losing the board seat
Meizu Pandaer Great: All products are reduced by 200 and 30 -containing mobile phone cases, heat dissipation back clamps
Domestic brands killed 5999 yuan folding screen phones this year bucked the trend: up 73%
Xiaomi House clerk was exposed to the official response of customers' mobile phone consumption
The laptop is almost burnt by the fire, but the hard disk data can be restored 500GB per day
China's first law bans mobile phones from schools: including children's phones and watches
The second China-led international standard for unmanned aerial vehicles has been officially released