What does it mean for apple to use M1 chip?

Three new models of Apple's new Mac series in the Double Eleven iPhone 12、iPhone 12Pro, compared to the ones that were snapped up and even priced

From a mainstream e-commerce platform pre-sale number, the total number of three Mac pre-sale is only more than 1,000, users do not seem to be on these several 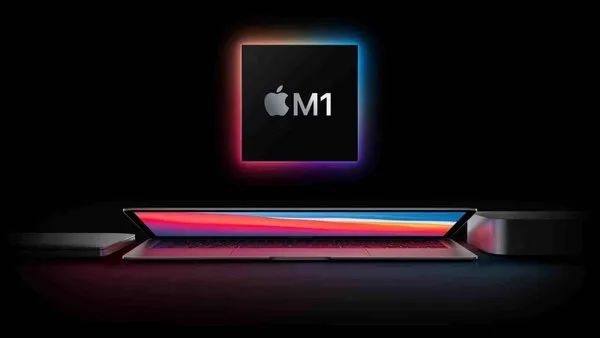 However, only a week later, the three apple Macs equipped with M1 chip first eliminated the worries of users. For a time, the MacBook Air became the most popular new notebook product, and it was out of stock. There were not a few consumers who took MacBook Pro seriously, and as expected, there were many people who did not need money. So what is the magic of M1 chip? What is the impact of Apple's arm based MAC device on the industry?

It's not the first time Apple has changed processor architecture. It's like falling in love. I' m not happy with you. It's normal to break up. Apple has already revealed its plans to build its own chip on the WWDC, a game

In 2005, apple abandoned PowerPC and teamed up with Intel. There is no doubt that the performance requirements of PowerPC architecture can not meet Apple's requirements, which is an important reason for the separation. At that time, the IMAC with intel core processor was two to three times faster than the IMAC of the last generation of PowerPC architecture, and the better intel was the most rational choice. However, 15 years later, the breakup drama was staged again. Arm looked at the x86 architecture, just like PowerPC in the eyes of X86. 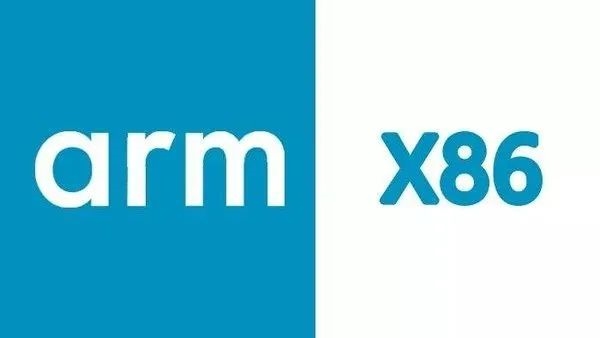 Throughout Apple's MAC series, the chips used were replaced by the original Motorola 6800 series processor in 1994 to IBM's PowerPC platform; in 2005, apple switched to Intel's X86 platform; finally, everything depends on its own Apple or firmly holds the PC chip in its own hands.

The significance of M1 chips is that Apple has switched PC from X86 architecture to arm architecture, once for Intel 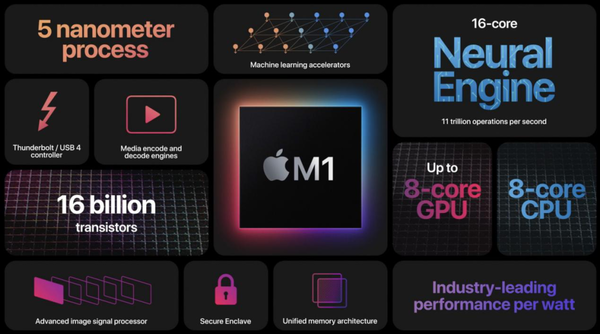 The M1 chip at the press conference is a very strong chip. M1 adopts arm architecture and 5nm process technology, and encapsulates 16 billion transistors, and memory DDR particles are also packaged into this chip. The CPU adopts 8 cores, including 4 high-performance cores and 4 energy-efficient cores. 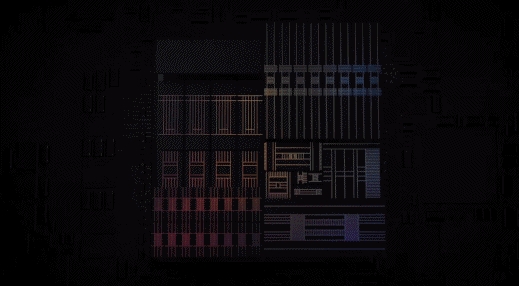 Even the MacBook Pro has six hours more battery life than the previous generation, directly pulling the battery life of a laptop to the height of a mobile phone. For mobile devices, the experience brought about by the increase of battery life is very obvious. 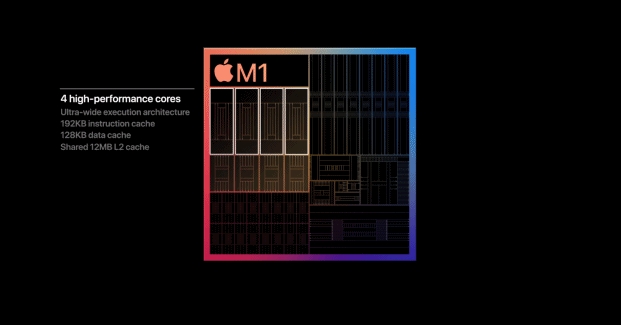 In addition, the heating under low power consumption is also effectively controlled, which is why MacBook Air dare to cancel the fan. Of course, just as apple abandoned PowerPC, the x86 architecture also stands at the same historical segmentation point. 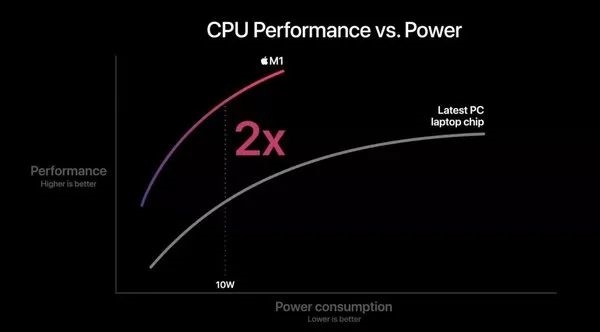 Apple is not the first company to want to completely unify mobile phones, tablets, PCs and other devices. There is no doubt that Microsoft has a forward-looking vision. There is no problem in thinking. Apple's current thinking coincides with that of Microsoft.

Microsoft wants to use Windows 8, windows RT and windows phone 8 to realize the integration of notebook computers, tablet computers and mobile phones. All platforms and devices share a user interface. The powerful processor performance does not affect the user experience.

But because of Microsoft

Another attempt to accomplish such a great feat 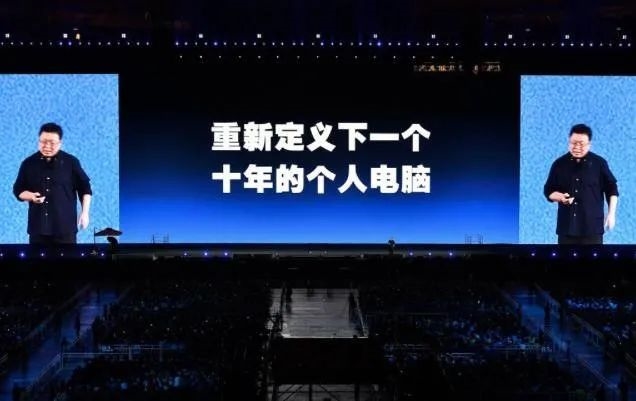 So when today's M1 MAC device came into the market, many people ridiculed apple for copying Mr. Luo's pants. In the pursuit of truth, the pioneers are losers, but they should be remembered, and they have made great contributions.

Intel controls its chip factories around the world, compared with apple handing them over to asian companies to manufacture their own chips. On the other hand, Intel is very upset that Apple's chip manufacturing partner TSMC can produce the most advanced five-process nm chips, while Intel is still squeezing toothpaste on 14 nm and 10 nm. 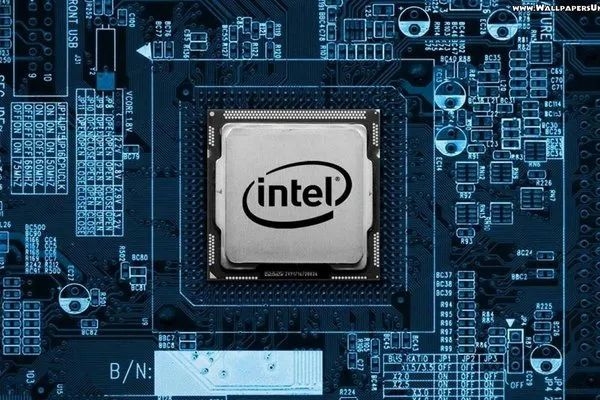 Years of fighting with Qualcomm tell Apple that you have to hold all the core technologies in your hands, or you will be held back at some point in uncertainty. For Apple, it doesn't want to be on a chip

In 2008, Apple bought p.a.semi for 278 million dollars, officially opening the development of the chip department. In 2019, Apple bought part of Intel's modem business for $1 billion. Since 2010, Apple's iPhone, iPad and apple watch have been using self-developed A-Series chips. Apple is accumulating experience, observing market feedback and waiting for the opportunity. Everything seems to be in Apple's hands, step by step.

A long way to go to build a unified ecology

The actual installation of Apple M1 chip set off a huge wave in the industry. Just imagine, in the PC market with processors divided by Intel and AMD, and graphics cards by Intel, NVIDIA and AMD, the brand-new M1 takes the throne in an attitude of crushing almost all the previous generation products.

Apple wants to build a unified ecosystem from hardware to software, from mobile phone to tablet to PC, and finally radiates all fields. M1 is a test of water and a flag. In the future, M2, m3 and even Mn will become Apple's sharpest sword, forcing rivals to burst toothpaste and produce hard goods to compete with.

Users are more worried about the adaptation between Mac and popular software after switching to the arm architecture. Not only video image processing, but more 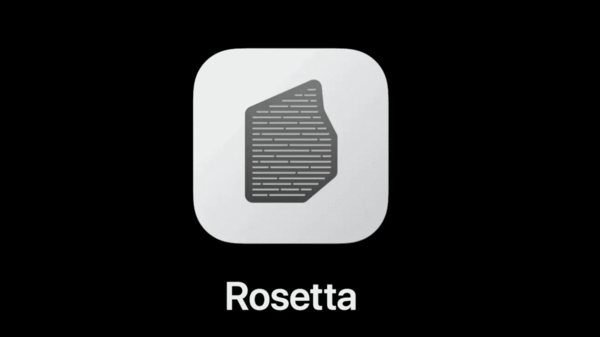 Although many apps can be run on the Mac, it is absolutely not a short time to adapt tens of thousands of commonly used apps. For example, the Mac version of Photoshop will not be fully converted until next year. The good news is that Apple has launched Rosetta 2, which is essentially a compiler built into MacOS Big Sur to solve software compatibility problems at the system level.

When iPhone version software or other software without MAC is deployed and installed on M1 Mac, Rosetta 2 will translate the instructions in the software into instructions under arm architecture, so as to ensure the normal operation of X86 software on Apple M1. The emergence of M1 chip is only the first step. Apple still has a long way to go to build a unified ecosystem.

A week after the launch, the first batch of the latest MacBook Pro has arrived. In many media out of the box and preliminary testing, the new M1 chip has shown amazing strength. Compared with the macbook pro of the previous Intel processor version, the final cut pro 4K video export of M1 MacBook Pro only takes 97s, which is much faster than the apple mac devices equipped with i7-9700k and i7-9750h.

In addition, many published evaluation data show that the single core capability of M1 chip can basically compete with the desktop level amd R7 5800x, nearly 70% higher than that of Intel Core i9-9980hk. The GPU test result of 8-core M1 chip is almost four times as much as that of Intel 630 core display, and even can achieve 2 / 3 performance of 5500m single display.

At any rate, the blessing of the M1 processor makes Apple the first company to build an ecosystem from hardware to software, and once you enter the ecosystem, it's hard to get out of the loop

Apple's success means that with strong enough technology and financial support, the feasibility of genius ideas, developers, users, costs, and the launch of M1 have made more than one party profitable. Apple can also use M1 to consolidate its leading position in the industry and gain more voice. We are also looking forward to the surprise that M1 chip will bring us.

Related news
Apple's self-developed MAC chip M1 details: performance and energy efficiency doubled, far better than Intel processor
Detailed evaluation of Apple silicon M1 MacBook Air
M1 chip Macbook Pro experience: goodbye intel
Apple M1 performance reviews out power and speed x86 competitors
PC will change! Is apple M1 killing arm the future?
What does it mean for apple to use M1 chip?
Apple said whether the M1 processor can support Windows natively depends on Microsoft
Can Mac OS challenge windows this time?
Jitter practitioners evaluate apple M1: tiktok is far less useful than Intel.
Chinese engineers crack M1! MacBook expands 16GB memory and 1TB hard disk
Hot news this week
Monkey acne cases have ranked first in the world that the United States has announced the emergency state of public health
Credit card points rule intensive adjustment online transaction points more "valuable"
High reserves and low cost experts: calcium ion batteries replace lithium batteries to stand up to the daily
Losses in a single quarter of $ 23.4 billion a record, SoftBank did not carry the plunge of technology stocks and the devaluation of the yen
Alibaba executives interpret financial results: the focus of the consumer side is no longer to attract new, but to do a good job in stratified operation
The prevention and control of the American Monkey epidemic has failed. What should I pay attention to?
Sources say Samsung's Galaxy Z Fold4 is going up in price: a 512GB top unit will cost more than 13,000
Is the micro -business headache? WeChat friends are suspected to have a big move: 7 can only be posted a week
Kuaishou launched a self-developed cloud intelligent video processing chip: The chip has been streamed successfully
The new product of Xiaomi MIX is coming: both internal and external dual -screen has been upgraded to make up for the previous generation.
The most popular news this week
Wechat update 8.0.27 beta version: small program opening faster
Zte launches 5G smart helmet: Support voice control, gas detection and other functions
Meizu application Flyme Auto trademark: flyme is really going to get on the car
Do you get enough sleep every day? Girls get the worst of it: Put down your phone
Baidu account online rename function: those unbearable network names can finally be replaced
The outstanding student secretary went behind the scenes and Gree successfully registered the trademark of "Pearl Feather Child"
Ali's largest shareholder sells 34.5 billion US dollars: completely losing the board seat
Meizu Pandaer Great: All products are reduced by 200 and 30 -containing mobile phone cases, heat dissipation back clamps
Domestic brands killed 5999 yuan folding screen phones this year bucked the trend: up 73%
Xiaomi House clerk was exposed to the official response of customers' mobile phone consumption