Next lucky? It started again, preferring to hunt down Chinese companies

Flash is too late, the big news of the science and technology circle suddenly sneak attack, to the poor comments to a surprise. Because there are 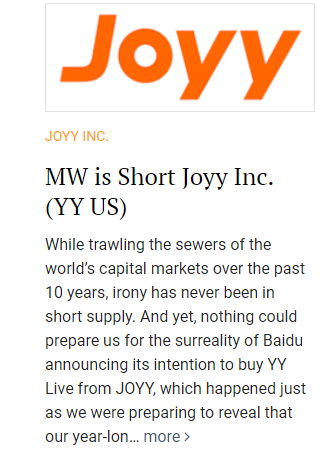 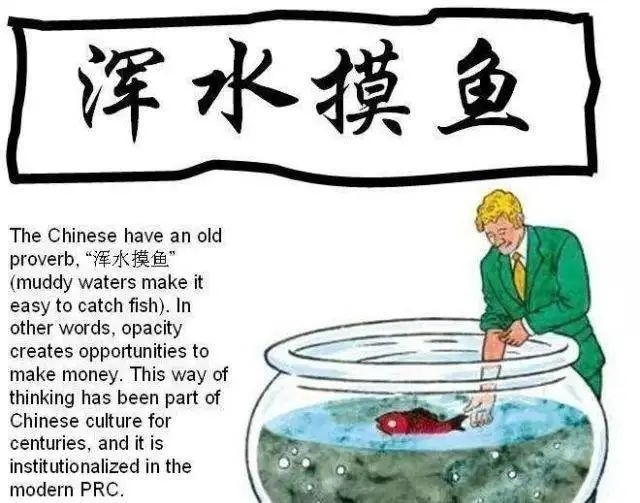 Under the skin of muddy water, including Huishan dairy industry, net Qin and other nine overseas listed Chinese enterprises have been delisted. Disclosed in the first half of this yea 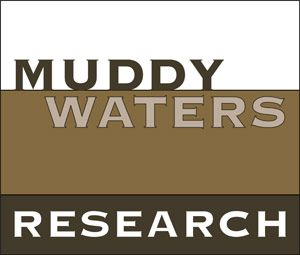 It's called muddy water, but when they investigated the gathering group, they did n' t feel the fish lazy ,71 pages of shorting reports in good faith. And the title of the report is ironic: YY ：You Can

After carefully reading the short report of muddy water, poor Pingjun found that the sneak attack was indeed well prepared. Because in my layman's opinion, the logic of the report is actually quite clear. Its core idea is a sentence: YY 90% of the data is false, YY is a virtual Kingdom composed of robots. 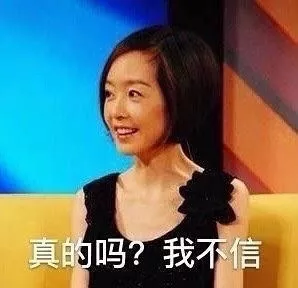 Another survey method of muddy water is a bit coquettish. We all know that during the worst period of the epidemic, Wuhan was closed down. Muddy water has paid special attention to the Wuhan IP, which recharges gifts during the epidemic. How excellent our country's epidemic prevention and control work is, muddy water also knows. As a result, they found that a lot of Wuhan IP's geographical location is repeatedly jumping. The conclusion is very obvious that the IP of these repeated horizontal jumps is also false. This group accounted for 87.5% of the paid samples in Wuhan.

In addition, muddy water also chased a wave of online celebrities, especially paying attention to the head anchor on YY live broadcast, such as modern brothers.

As a result, muddy water found that even when the anchorman was not live, the gift was still brushing. A lot of gifts 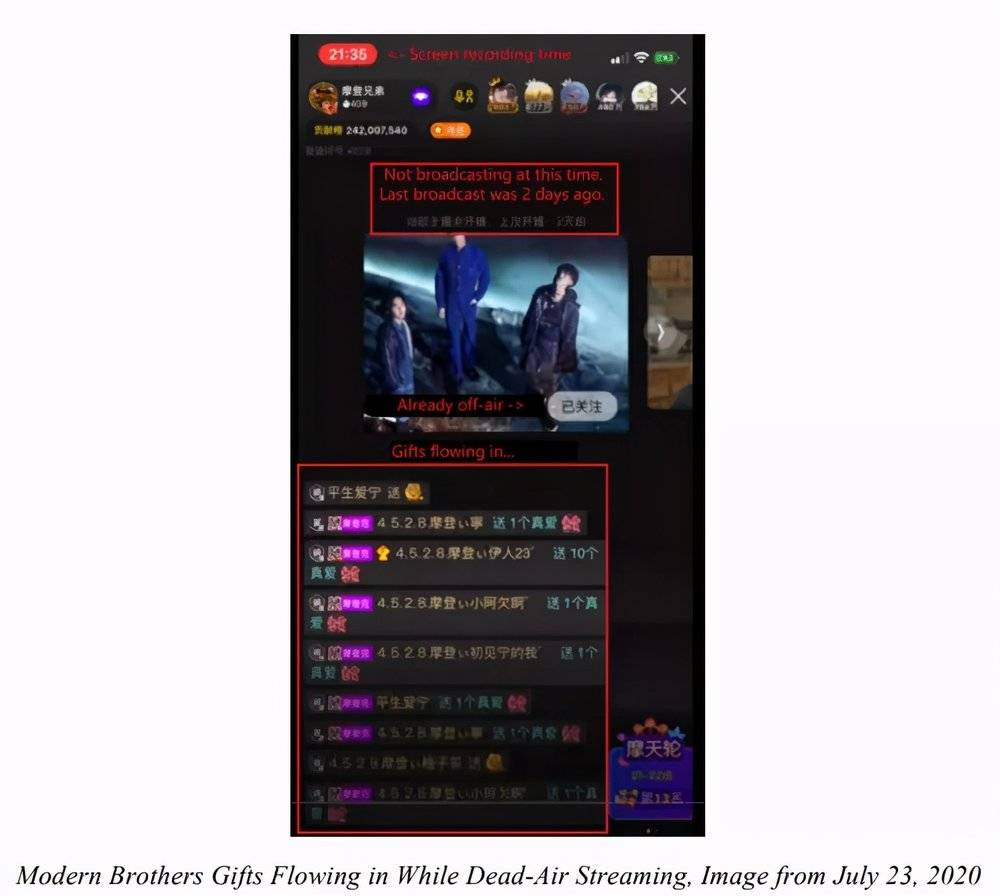 What's more, muddy water found that those so-called profit-making live guilds are also deceptive. For example, in YY live broadcast, the official claimed that the five major guilds would absorb 1.1 billion yuan in 2018. 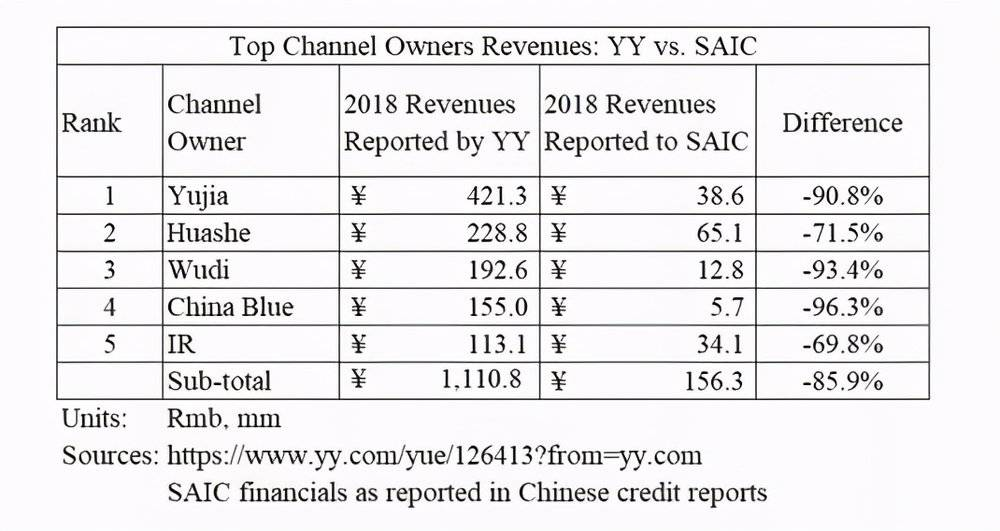 Of course, muddy water's best financial analysis is also wonderful. By comparing YY's data in the China Industrial and commercial administration with the documents submitted by the US Securities and Exchange Commission, they found many discrepancies. For example, some differences in cash balances and unexplained offshore cash transfers are suspicious traces often left behind by financial fraud. 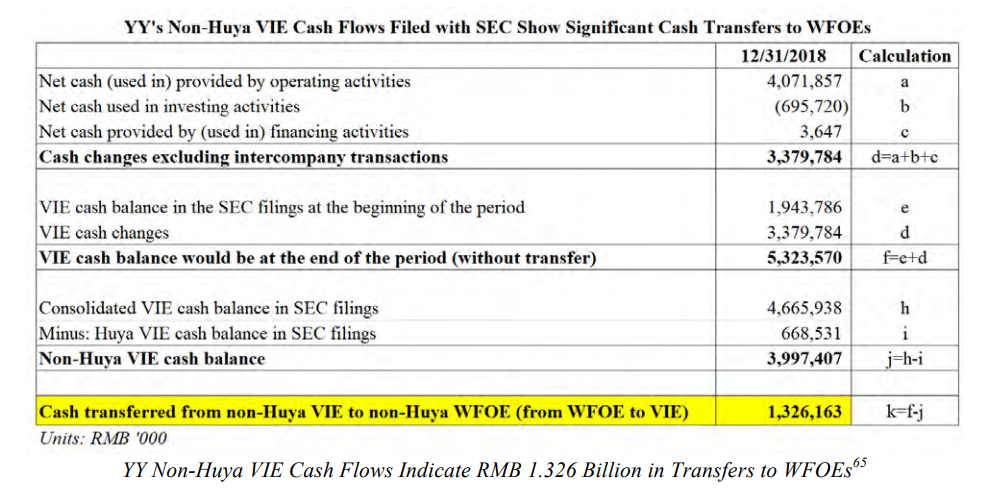 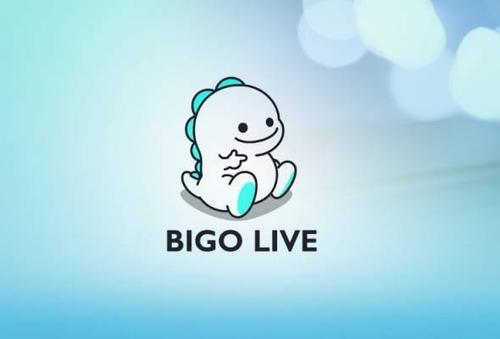 As soon as muddy water's report came out, the stock market immediately indicated that the shares of huanju group fell by 26.48%. 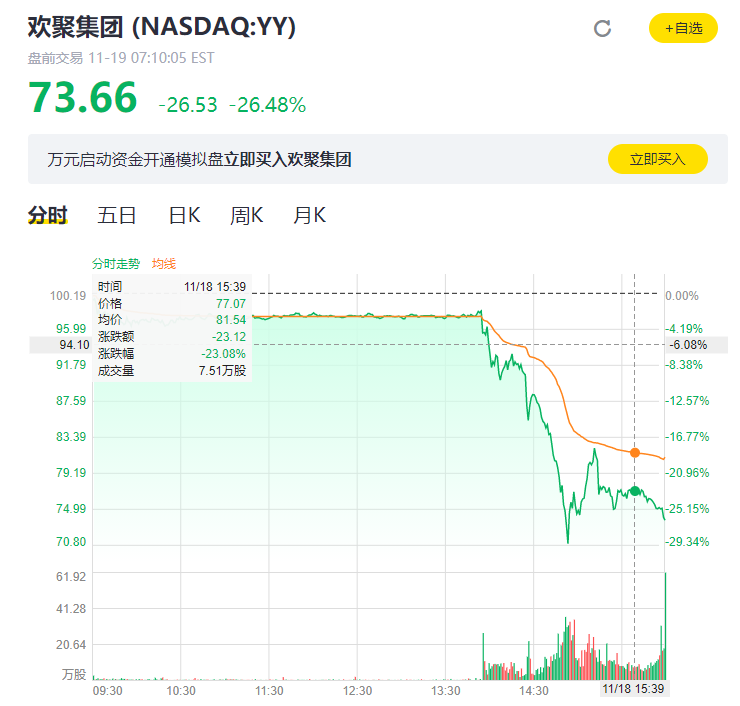 Besides, the report was investigated for more than a year, early and late, but Baidu decided to buy YY live after. YY panic comment Jun do not know, but you want to say that the upcoming transfer of 3.6 billion Baidu do not panic, I do not believe. And muddy waters also ridiculed a wave of Baidu in the report: Baidu's CFO were arrested in April this year, you do n' t claim

Now we want to talk to Baidu

However, huanju group was not a bully, and at the first time, it published a notice on its official website to refute the muddy water report. The logic of the announcement is equally clear and understandable. First of all, it directly criticizes Hunshui for not understanding the live broadcasting industry. In the data fraud part, the report contains a lot of wrong information and misleading conclusions. (YY didn't give details of the specific mistakes)

And frankly speaking, the company's financial situation is no problem. The company has just paid a dividend of $25 million, and the cash flow is very healthy. And they are willing to untie their clothes and let everyone have a body search, which can be investigated by a third Agency.

Finally, in order to show the company's confidence in the long-term prospects, huanju group will continue to implement the $300 million stock repurchase plan (the subtext is that I will not pit myself myself). After the announcement, the stock price rebounded, but it did not return to the previous price. It seems that the market is also full of concerns. 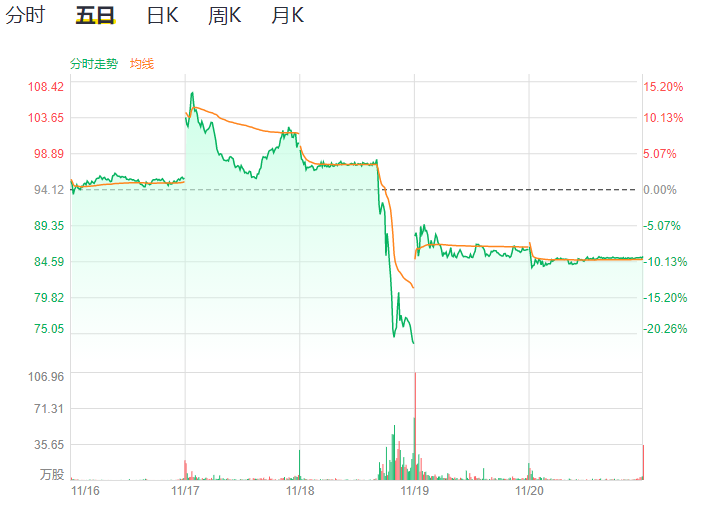 Netizens are also crazily eating melons, expressing their views on this matter. Some netizens think that it is normal for China's live broadcasting industry to inject water. Muddy water just translates a thing known by Chinese people into English version to tell Foreigners. It is good to make those false data reveal to the public. After all, the live broadcast industry is too impetuous, it is time to stamp out the bubble.

Some people think that muddy water doesn't know the routine of live broadcasting at all. It's normal for guild and MCN to hold anchor and brush gifts. What's more, YY's $1.1 billion donation from the association is actually about running water, not revenue. It's a normal phenomenon to mix up running water and income in the live broadcasting circle. After all, the amount of running water is large, so it seems that there is a brand. The honest man Hunshui didn't understand the national conditions, so he took the bait. 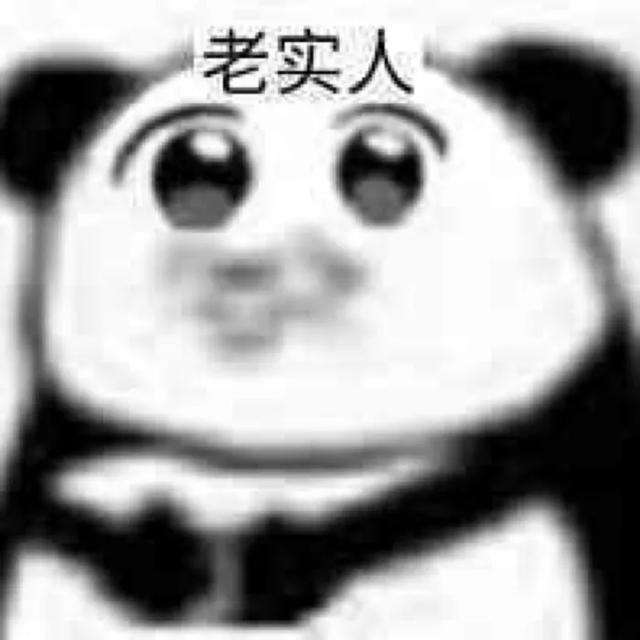 However, in the eyes of Mr. Cha, it's hard to say all this. After all, the front foot just announced to quit the Wulin land of right and wrong, and the back foot made a high-profile comeback, and there were many people making films.

I haven't experienced several reversals, so it's hard to make a conclusion. After all, when several Chinese enterprises were delisted from the market by muddy water, they still denied fraud. In contrast, although muddy water has killed a lot of Chinese enterprises, New Oriental, Anta and other companies that have repeatedly been shorted by it are still strong. After all, there is no ever victorious general in the capital market. 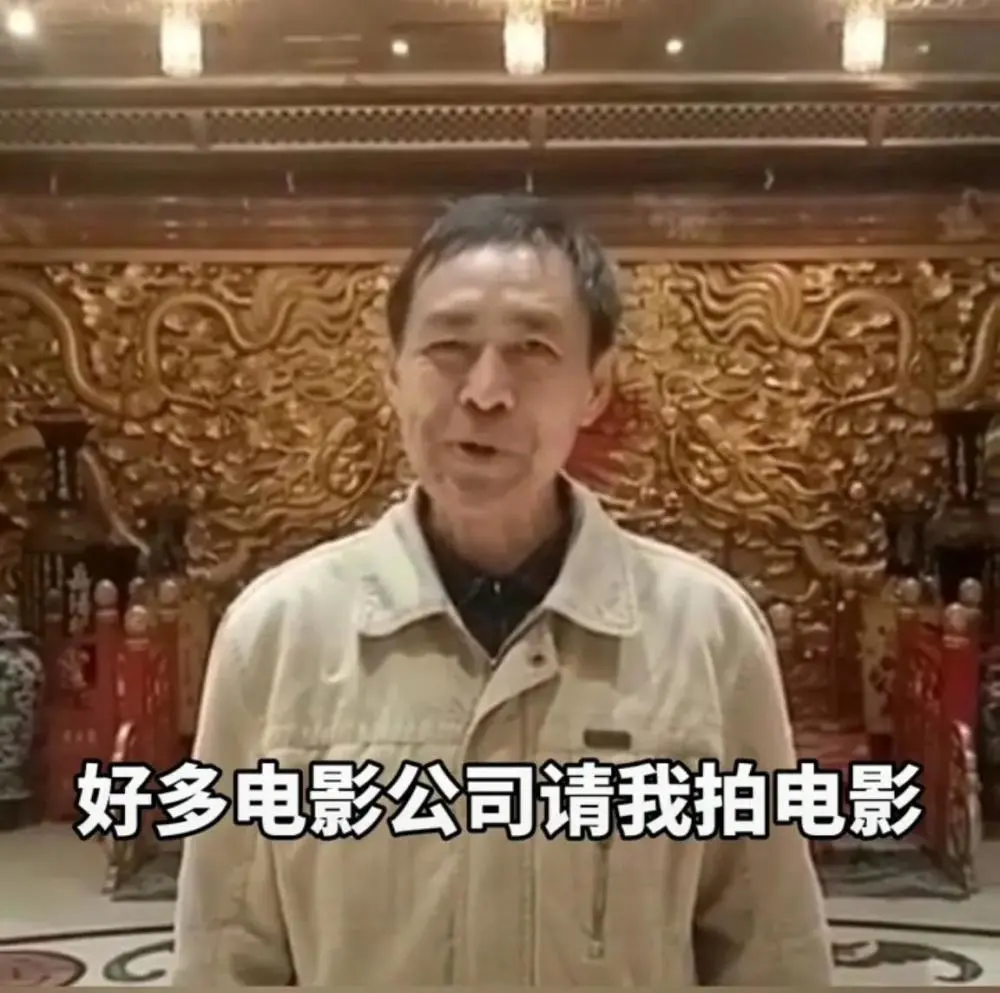 However, it is interesting that the film of three people has never been named. Baidu, another party, has not issued any attitude statement so far. In the end, is YY fishing in troubled waters, or is YY blind in mudwater without understanding the live broadcasting industry? Let the bullet fly a little longer before the melon is cooked.

Related news
Chinese IT programmer living in Tokyo
Fear of a new epidemic Google announces Cloud Next convention only online
Google announced to postpone the annual cloud next conference due to concerns about the impact of new coronavirus
Apple and Google join next g Alliance: analysis says 6G or current standard split state
Hot news this week
***
Ren Zhengfei said at the glory farewell meeting: don't let the tie be broken; new glory should regard Huawei as its opponent
Panorama of China's AI chip financing in 2020
Xiaomi's "iron hoof"
China Film Golden Rooster Award Opening of Xiamen Nov.27 with Huawei to launch the "New Image Mobile Film Project"
Huawei: mate 40 series can give priority to upgrade Hongmeng system in December
Tencent has seen through a variety of MOBA AI technical methods AI absolutely understand the introduction of an upgraded version
Limited expansion of SMIC's production under US export control
To be Huawei's strongest competitor, glory's latest progress is exposed: several branches have been set up
"Star Park Plan" into Suzhou Tencent security hand-in-hand security experts interpretation of "such protection 2.0"
The most popular news this week
Unsolved mystery: the United States quickly removed the mysterious metal objects in the desert of other states
Oppo x 2021 scroll mobile phone: a potential alternative to folding (video)
Tesla is exposed to be able to watch the car camera live! Netizen: stay away from Tesla
The Supreme Court of the United States or the Supreme Court will lead to changes in the use of computers
Airbnb and "America Hungry" Doordash overvalued
Moving company's website dominates the screen industry chain: 5000 yuan on baidu home page
Charging 15 minutes, 250km range! Tesla builds a new factory in Shanghai: production of V3 overcharged piles
MIUI 13 exposure: second quarter release, millet 8, etc. or no upgrade
After the setback in India, Chinese VCs have turned to the Indonesian market
Vodafone Spain supports Huawei after British ban: allowing free choice of suppliers