In September this year, NVIDIA announced its $40 billion acquisition of arm, and previous reports also mentioned the views of NVIDIA founder and CEO Huang Renxun on the acquisition of arm, saying that the acquisition of arm was "a once-in-a-lifetime opportunity". The combination of the two sides can produce a company with advanced AI technology, and at the same time, it has a very wide distribution on various types of computing devices Enterprises.

However, there are many voices against the largest transaction in the history of the half conductor industry. Hermann Hauser, the co-founder of arm, once said that the sale of arm to NVIDIA would be a disaster. He later issued an open letter, hoping that the British government would intervene to stop the acquisition or add binding terms, and even established "save" "Arm" website, calling for more people to block the deal. 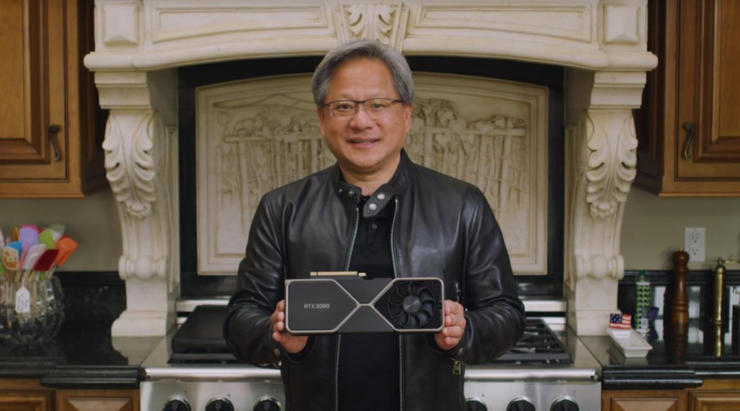 Recently, foreign media VentureBeat and Huang Renxun discussed the trust environment. The details are as follows:

VentureBeatIn terms of antitrust, now that regulators and Congress are strengthening the scrutiny of technology giants, is this likely to affect NVIDIA's acquisition of arm to some extent? What do you think of the antitrust environment?

Huang RenxunIt's nothing to me. All the businesses we are engaged in are businesses with strong competition. Arm has a huge customer base, but they are weak in the new market they want to grow up in. Therefore, it is reasonable to believe that,We can help arm explore more new markets, and we will expand our customer base and increase market innovation. Our assessment is that regulation will be very beneficial to the deal.

VentureBeat：Do you think arm can help NVIDIA become more open than ever?

Huang RenxunArm is very similar to NVIDIA. NVIDIA's architecture can be used in every cloud and every computer manufacturer in any form and size. You can buy chips, you can buy systems, you can rent it for $1 an hour. Our platform is widely used because it is open and people talk about and even reverse engineer our architecture, which is very good. For general-purpose programming, this architecture is probably the richest architecture available beyond x86.

VentureBeat：Do you want other companies to be more open and allow you to do more? For example, companies like apple and geforce now can't implement their cloud game applications unless they are online. What do you think of the openness of other companies?

VentureBeat：In terms of games, what do you think of the current PC and console? There is an interesting competition between the two.

Huang RenxunI don't think they're real competitors. What you can do on a PC can't be done on a console, but the good thing is that all content developers have to raise standards. Because the console is so powerful, everyone is turning to ray tracing, which will be good for the development of the game.

Nowadays, people use PC to make games not only limited to games, but also for art, sports and sharing. PC is the best platform for all these operations. In addition, we all need a PC for video conferencing. We may use NVIDIA geforce, which has AI broadcasting and all functions.

VentureBeat：I see that games and data centers are the main drivers of NVIDIA's revenue. Do you think this will continue to be the case in the foreseeable future?

Huang RenxunI think these two businesses can be sustained. Because it's certain that everyone in the world will become gamers one day. There are only 1 billion active players today, and there will be 7 billion and 8 billion active players in the future. Game growth opportunities are still far ahead. In the future, we will spend more time in the game world, and the game market has a bright future.

On the other hand, we also know that AI is a new way to write software, which will affect every industry. Because we can now write software that we didn't have before, and can calculate things that we couldn't calculate before. For example, who would have thought that there might be a billion computers on the road in the future? Who would have thought that thousands of computers would roam through warehouses and factories in the future? These are all new applications that would not have been possible without AI.

Every building is AI, everything will be AI. That would generate a lot of data, more computation. Because of AI, the computer industry will be huge. Writing software is the last part of the puzzle. If someone can write software, we can sell computers, and now we can let computers write software. These two businesses are long-term opportunities.

Related news
What has NVIDIA done to accelerate autopilot?
NVIDIA history: why does Lao Huang crush Intel?
The largest acquisition of NVIDIA in the history of semiconductor, merging arm: becoming a super giant
NVIDIA swallows arm: competitors are worried and opposed
NVIDIA CEO Huang Renxun promised to sign a legal agreement to make sure that arm headquarters will stay in the UK
The UK government is assessing the impact of NVIDIA's acquisition of arm
Huang Renxun: I believe NVIDIA's acquisition of arm can be approved by global regulators
Geforce is going to replace the Mali GPU? NVIDIA Huang Renxun denies
Foreign media: several chip companies oppose NVIDIA's acquisition of arm
NVIDIA CEO Huang Renxun: there is no monopoly problem in the acquisition of arm, and the regulatory authorities will be happy to release it
Hot news this week
***
Ren Zhengfei said at the glory farewell meeting: don't let the tie be broken; new glory should regard Huawei as its opponent
Panorama of China's AI chip financing in 2020
Xiaomi's "iron hoof"
China Film Golden Rooster Award Opening of Xiamen Nov.27 with Huawei to launch the "New Image Mobile Film Project"
Huawei: mate 40 series can give priority to upgrade Hongmeng system in December
Tencent has seen through a variety of MOBA AI technical methods AI absolutely understand the introduction of an upgraded version
Limited expansion of SMIC's production under US export control
To be Huawei's strongest competitor, glory's latest progress is exposed: several branches have been set up
"Star Park Plan" into Suzhou Tencent security hand-in-hand security experts interpretation of "such protection 2.0"
The most popular news this week
Unsolved mystery: the United States quickly removed the mysterious metal objects in the desert of other states
Oppo x 2021 scroll mobile phone: a potential alternative to folding (video)
Tesla is exposed to be able to watch the car camera live! Netizen: stay away from Tesla
The Supreme Court of the United States or the Supreme Court will lead to changes in the use of computers
Airbnb and "America Hungry" Doordash overvalued
Moving company's website dominates the screen industry chain: 5000 yuan on baidu home page
Charging 15 minutes, 250km range! Tesla builds a new factory in Shanghai: production of V3 overcharged piles
MIUI 13 exposure: second quarter release, millet 8, etc. or no upgrade
After the setback in India, Chinese VCs have turned to the Indonesian market
Vodafone Spain supports Huawei after British ban: allowing free choice of suppliers