The number of new crown cases in the United States exceeded 12 million, and another million cases increased in 6 days 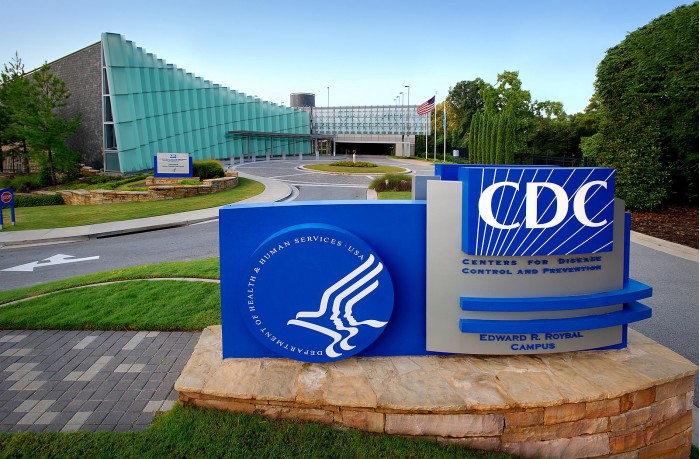 A number of other U. S. epidemic indicators also set records. The U.S. Centers for Disease Control and Prevention reported 192673 new crown confirmed cases and 1885 new deaths Monday, according to data released Wednesday. This is the 13th consecutive day in the United States, more than 100000 new confirmed cases.

The recent surge in hospital admissions in the U.S. has put unprecedented pressure on many medical systems. More than 83,000 people are currently in hospital in the United States, the highest number since the outbreak, according to the latest data from the Atlantic Monthly's nationwide epidemic tracking program.

According to the project data, nursing homes, assisted living institutions and other long-term care institutions in the United States have become the "hardest hit area" of the recent epidemic. In the week ending November 12, state long-term care institutions reported nearly 30000 new crown confirmed cases, an increase of 17% over the previous week, the highest since the program began counting the data at the end of May. The project said that although the increase is amazing, the actual data may be higher due to the statistical methods and other reasons.

Although the recent U. S. new crown epidemic indicators are constantly record, but the project said there is no indication that these indicators have reached a "peak ".

White House coronavirus response working group coordinator Deborah Box 20 in an interview with the media, said that the current situation in the United States confirmed cases are significantly different from the previous situation, faster than wider than before.

However, in the face of the worsening epidemic situation, the U.S. government did not timely introduce strong new anti epidemic measures.

With the approach of Thanksgiving holiday, the pressure of epidemic prevention has increased sharply. In a new guide on how to celebrate Thanksgiving, the Centers for Disease Control and prevention urged people not to travel during the holidays to reduce the risk of infection and transmission of new crowns, and to comply with epidemic prevention measures such as wearing masks, washing hands frequently and keeping social distance.

Related news
"Generation God U" Kirin 810 gets The Linely Group's annual "Best Cell Phone Processor Chip"
The diagnosis of new coronary pneumonia in the United States is more than 5 million cases! One infection per 66 people
@666 Join illuminati Kingdom in United Kingdom +27839387284
Strong Money Spells in United States (USA) | spiritual rats
More than 120000 new confirmed cases in a single day in the United States, a record high
The number of new crown cases in the United States exceeded 12 million, and another million cases increased in 6 days
University of Washington predicts that novel coronavirus pneumonia will reach 20 million cases in less than two months.
Hot news this week
Heavy weight! Apple M1 exposes the first high-risk vulnerability: discovered by Chinese
Overseas sales of Chinese bicycles are crazy: nearly 16 billion yuan worth of exports have been ordered to the end of next year
IPhone 12 screen green: I choose not to forgive it
Only mobile phones can charge quickly? Huawei matebook X's dexterous and fast charging liberates your endurance anxiety
Lottery mode will be opened: it is reported that apple is looking for Samsung OEM M1 TSMC 5nm orders, accounting for only 25%
China Mobile Partner Conference is coming. It's so simple to start 5g life
The report says the world's largest producer of plastic waste is the United States: serious environmental damage
Improve the efficiency of diagnosis and treatment, improve the experience of medical treatment Baidu health won the "2020 Best Health Platform Award "
Philips show HDMI acousto optic synchronizer lights up family entertainment space with full scene light
Tencent is punished by Internet
The most popular news this week
Five years' rise path of deep double price and multi pinduoduo: three fundamental problems and four underlying logic
Huawei once again: we really do not build cars to help you build good cars
Xbox Series X play call of duty 17" brick "T group: under investigation and repai
9.9 yuan, python, 25000 per month? The truth is cruel netizen: not as good as station B
Windows 10 now supports more device driver updates
Full exposure of RTX 30 notebook graphics card
Short Tesla is like fighting against the Fed?
The secret of Xiaomi becoming the biggest black horse is in the best financial report
The battery mode of Ruilong 4000 notebook is inferior to Intel's 11 generation core? Linux platform test is not quite true
Linksys velop tri band mesh router now supports apple homekit