Is Xiaomi really misunderstood? Maybe that's the only way

Since Xiaomi was founded in 2010, it has been questioned, especially in its positioning, price and products, and many other aspects have not been able to follow Lei Jun's mind. Instead, it has deviated many times.

Xiaomi once achieved the first level in China, but with the rise of Huawei, Xiaomi's market performance is not good.

Later Xiaomi through supply chain integration, is once again rising, now is a successful listing, is a world's top 500 enterprises, products sold around the world.

But,Everyone's image of Xiaomi has always stayed in the past. Many people think that Xiaomi has no technology, and it is low-end products and OEM assembled products. It is precisely because many users have this preconceived concept that Xiaomi has encountered a lot of difficulties and made many detours in the way of hitting high-end products many times.

So, do you really have a misunderstanding about Xiaomi? What kind of millet does Lei Jun want you to see?

What is Xiaomi's success?

At that time, Xiaomi's products were just launched in the third year of China's smart phone market. Their mobile phones are either expensive, or they are contract machines launched in cooperation with operators, with poor experience.

It is in such a market environment that Xiaomi has won the support of a large number of young users with its excellent operation mode and ultra-high product cost performance.

There are three magic weapons for Xiaomi's success: MIUI, rice noodles and the ultimate cost performance.

Xiaomi was called an industry subversive at that time. The fact is that Xiaomi entered the industry through technological innovation and service upgrading, reducing product costs and allowing users to buy and use the product at lower prices. And this is Xiaomi brand gradually formed the embodiment.

Later, Xiaomi not only made smart phones, but also launched the Mijia brand, which became bigger and bigger in the smart home market. The products launched almost involve all fields of home life.

After Huawei sold glory, Xiaomi's shipments ranked third in the world, enough to prove Xiaomi's strength in the smartphone market. But from the overall business layout, Xiaomi's development depth and breadth more in the direction of operation.

As Lei Jun said,The Mi family is going to do smart hardware

Today's Xiaomi is no longer that only do low-end mobile phone products Xiaomi, its operational strategy and development direction has changed many times, the vision is longer, business market layout is wider.

However, many people still stay in the stereotyped image before, so Lei Jun thinks that everyone has misunderstandings about Xiaomi.

Among his ideas, Xiaomi now has high-priced smartphones with high-end positioning, such as Xiaomi 10 supreme version, Xiaomi MIX and so on. Its 98-inch smart TV has pushed the price to 20,000 yuan. Xiaomi's strategy is to push down the price of previously higher-priced products through technological upgrades and continue to expand market share, unlike the perceived lack of technology.

But even so, the inherent image of millet is still difficult to change.

Although Xiaomi chips are already under development and its intelligent product manufacturing and processing plants have begun their initial operation, for users, Xiaomi has not come up with a high-end flagship product that supports Xiaomi's brand value. For example, its core chip, screen, camera and so on are purchased.

But when we compare Huawei and apple, we can see that the screens, cameras, etc. they make mobile phones are also provided by manufacturers in the supply chain. The core chip is indeed designed by ourselves, but OEM is also completed by TSMC and Samsung.

The so-called core technology is more in the integration of software system and hardware, as well as product design patent technology and so on. To know that a mobile phone has more than a hundred spare parts, no smartphone manufacturer has the strength to produce all the spare parts by itself, and even if it is made by itself, whether it can occupy an advantage in the industry market is unknown. How to occupy the market?

The biggest difference between Xiaomi and Huawei is that Xiaomi doesn't build its brand, so people feel that there is something missing in Xiaomi's products. People have misunderstandings about millet, but this is more caused by millet itself. There are more or less problems in product positioning, model naming and marketing.

How does Xiaomi change?

As Xiaomi's flagship model, too many models is not a good thing.

So,In order to avoid being misunderstood, Xiaomi needs to change from multiple dimensions such as product marketing, brand packaging and product positioning.

You can sell models at multiple prices, but different models should be distinguished, and you should strengthen your own brand upgrade and tell your own story so that users can understand more.

The author thinks that what Lei Jun doubts about Xiaomi is that Xiaomi itself has a deviation in its self positioning, which leads to the fact that Xiaomi does not have a strong meeting point. For example, when we mention Huawei's high-end mobile phones, everyone will think of P series and mate series. What about Xiaomi? We all know that Xiaomi has high-end models and technical strength, but it can't let it Users remember, so it still needs to change. 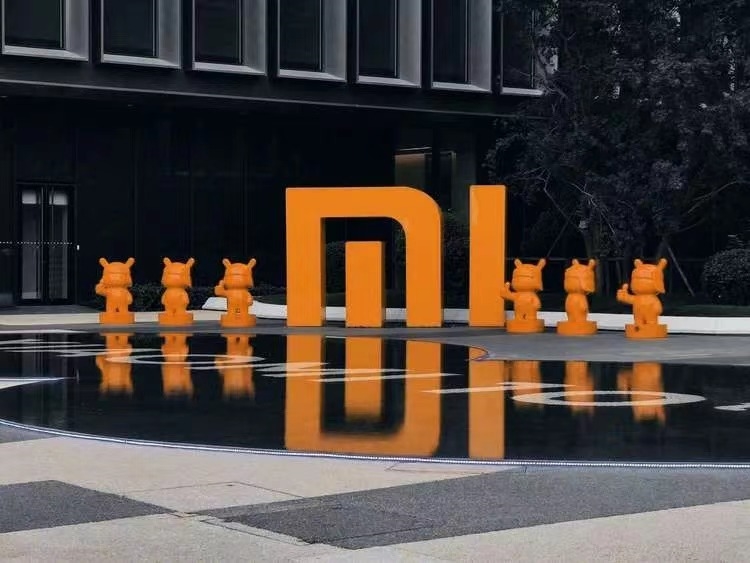 Related news
Developers say: after Baba is you became popular, how to play new games calmly?
Firefox Firefox 83 official release :15% increase in page loading into HTTPS-only mode
Hot news this week
Heavy weight! Apple M1 exposes the first high-risk vulnerability: discovered by Chinese
Overseas sales of Chinese bicycles are crazy: nearly 16 billion yuan worth of exports have been ordered to the end of next year
IPhone 12 screen green: I choose not to forgive it
Only mobile phones can charge quickly? Huawei matebook X's dexterous and fast charging liberates your endurance anxiety
Lottery mode will be opened: it is reported that apple is looking for Samsung OEM M1 TSMC 5nm orders, accounting for only 25%
China Mobile Partner Conference is coming. It's so simple to start 5g life
The report says the world's largest producer of plastic waste is the United States: serious environmental damage
Improve the efficiency of diagnosis and treatment, improve the experience of medical treatment Baidu health won the "2020 Best Health Platform Award "
Tencent is punished by Internet
Philips show HDMI acousto optic synchronizer lights up family entertainment space with full scene light
The most popular news this week
Huawei once again: we really do not build cars to help you build good cars
Xbox Series X play call of duty 17" brick "T group: under investigation and repai
9.9 yuan, python, 25000 per month? The truth is cruel netizen: not as good as station B
Windows 10 now supports more device driver updates
Full exposure of RTX 30 notebook graphics card
Short Tesla is like fighting against the Fed?
The secret of Xiaomi becoming the biggest black horse is in the best financial report
The battery mode of Ruilong 4000 notebook is inferior to Intel's 11 generation core? Linux platform test is not quite true
Linksys velop tri band mesh router now supports apple homekit
Easy job search dog recorder S1 helps you tear off the "social animal" label