The Zen architecture of the Rillon processor obviously gives Intel a

Recently, Ryan shroutt, Intel's chief performance strategy officer, shared a large PPT file with his media friends,What's more, compared with the notebook with Intel tiger Lake processor, the performance degradation of AMD sharp dragon 4000 is obvious when the power is turned off and the battery is turned on.

We got the labFive Intel 11th generation core and five amd Ruilong 400 laptops, covering I3, i5, i7 and R3, R5 and R7. Two of them have been certified by Intel Evo, namely, MICROSTAR Zunjue 14 and Lenovo Yoga 9i. 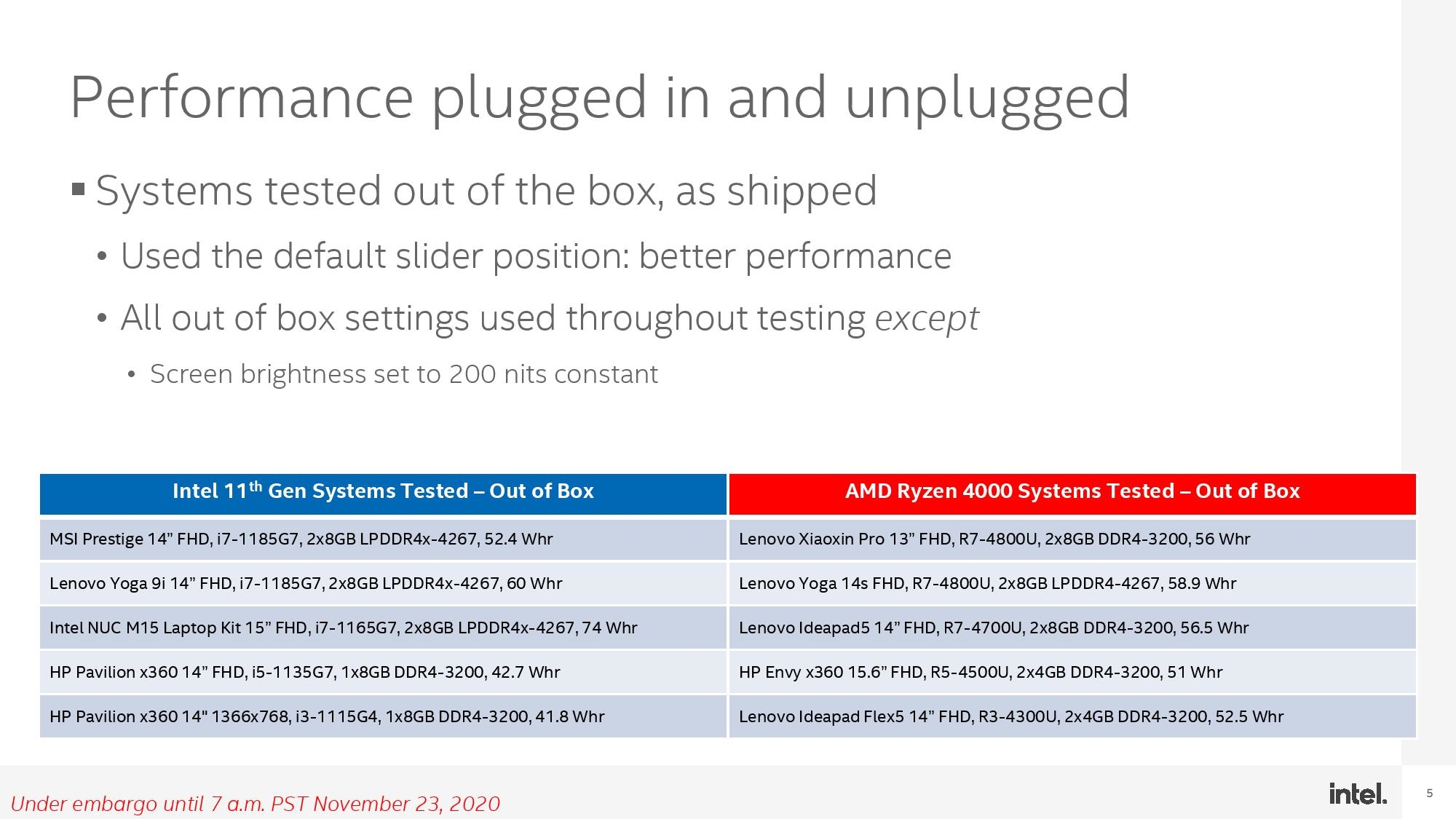 The first is a battery test based on mobilemark 18.In mm18, the average battery score of the five Intel models is very high, exceeding 1200, while that of the AMD sharp dragon is over 800. From the actual service life, AMD is longer. What is the situation? 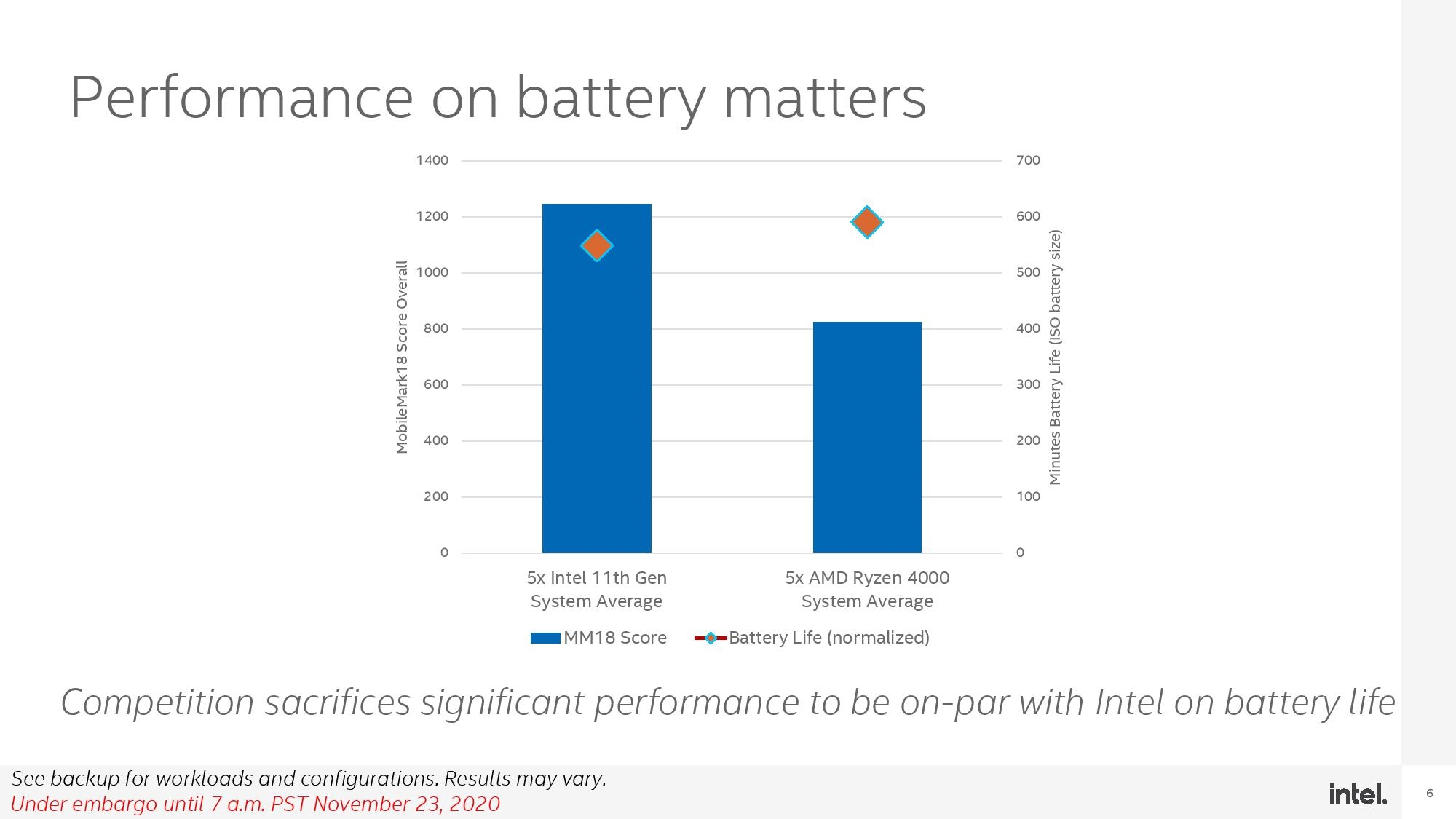 (get ready, Intel is going to blow the clarion call from here.)

The Intel then produced three performance benchmarking tools, PCMark 10、WebXPRT and SYSmark 25, which will AMD used

It turns out that after unplugging the power supply,AMD the performance of the raillon 4000 notebook。 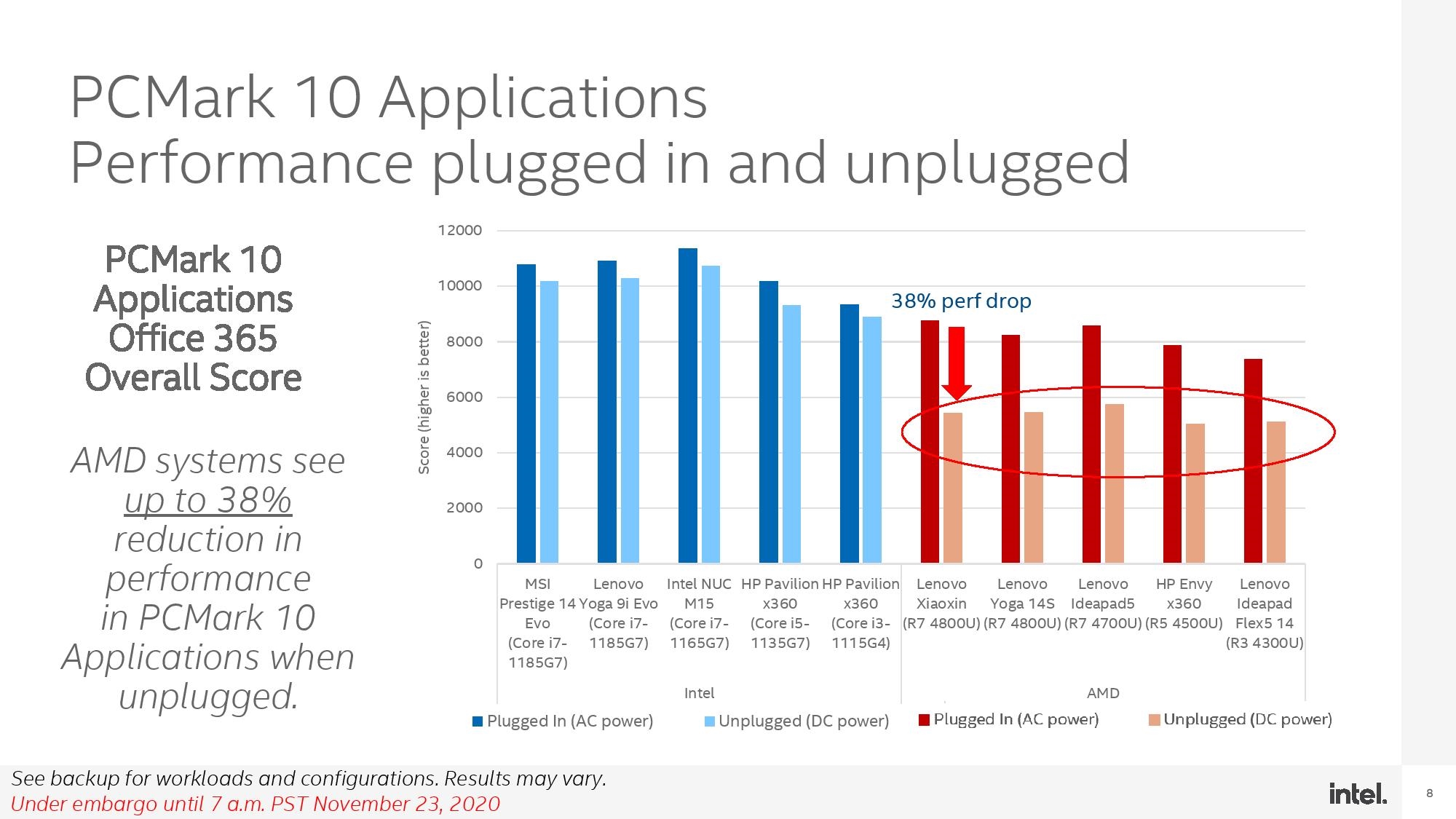 Feeling that the firepower was not strong enough, Intel continued to add materials and produced the so-called real-world test scenarios, including ppt saved as PDF, excel output to word, word to PDF, outlook mail merge,The highest performance of AMD raillon 4000 was 29%,16%,14% and 24%, respectively, under battery power, compared to a fairly good Intel Tiger Lake control. 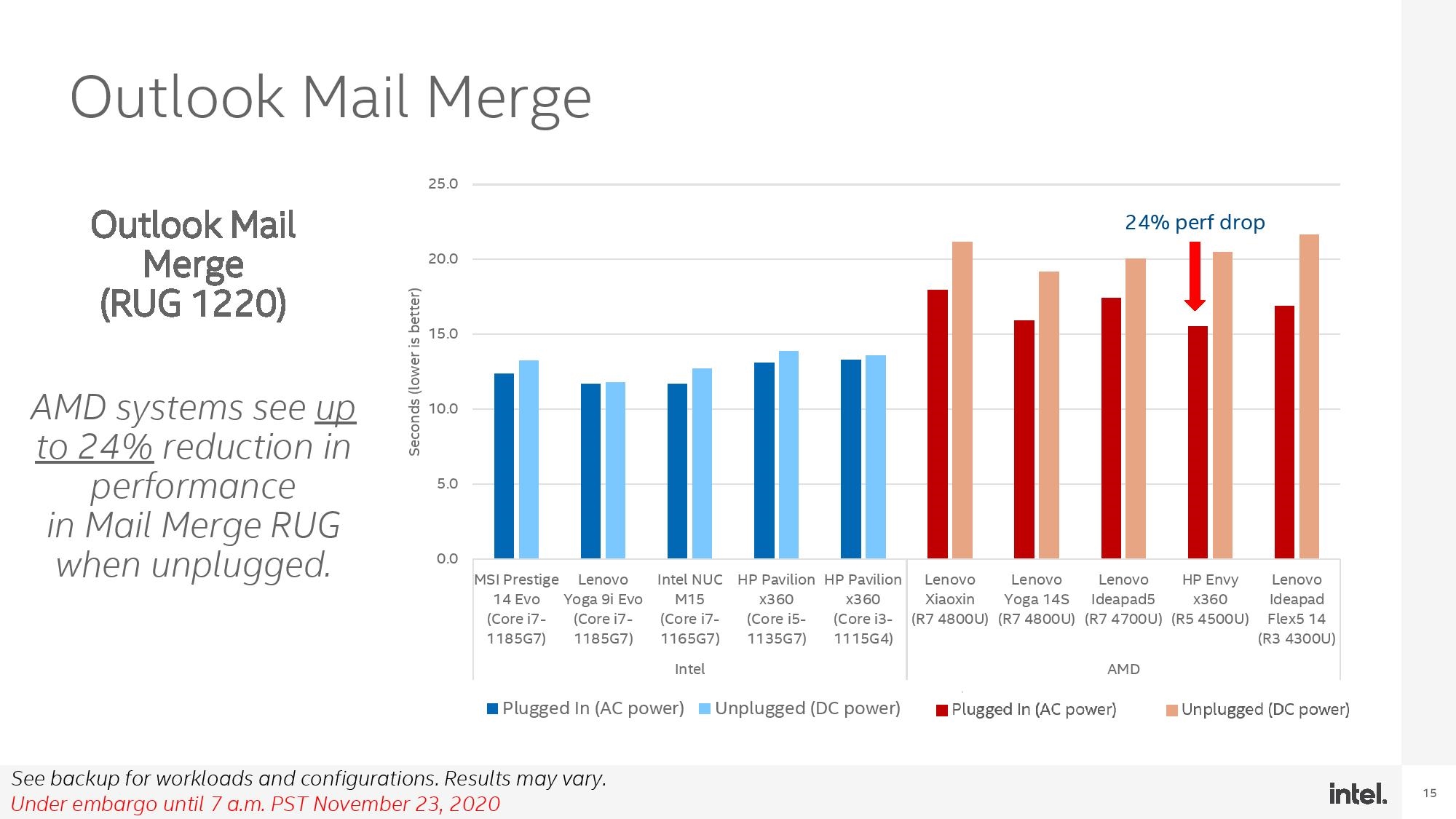 It may be that they are afraid of being superficial. Intel lab has also explored the operation mechanism of AMD CPU, that is, what causes the above situation.

According to Intel,It has been found that the performance response delay of the Ruilong 7 4900hs and the sharp dragon 7 4700u increases by 10 seconds even when the battery is powered on. Moreover, the characteristics of burst performance calls seem to be blocked。 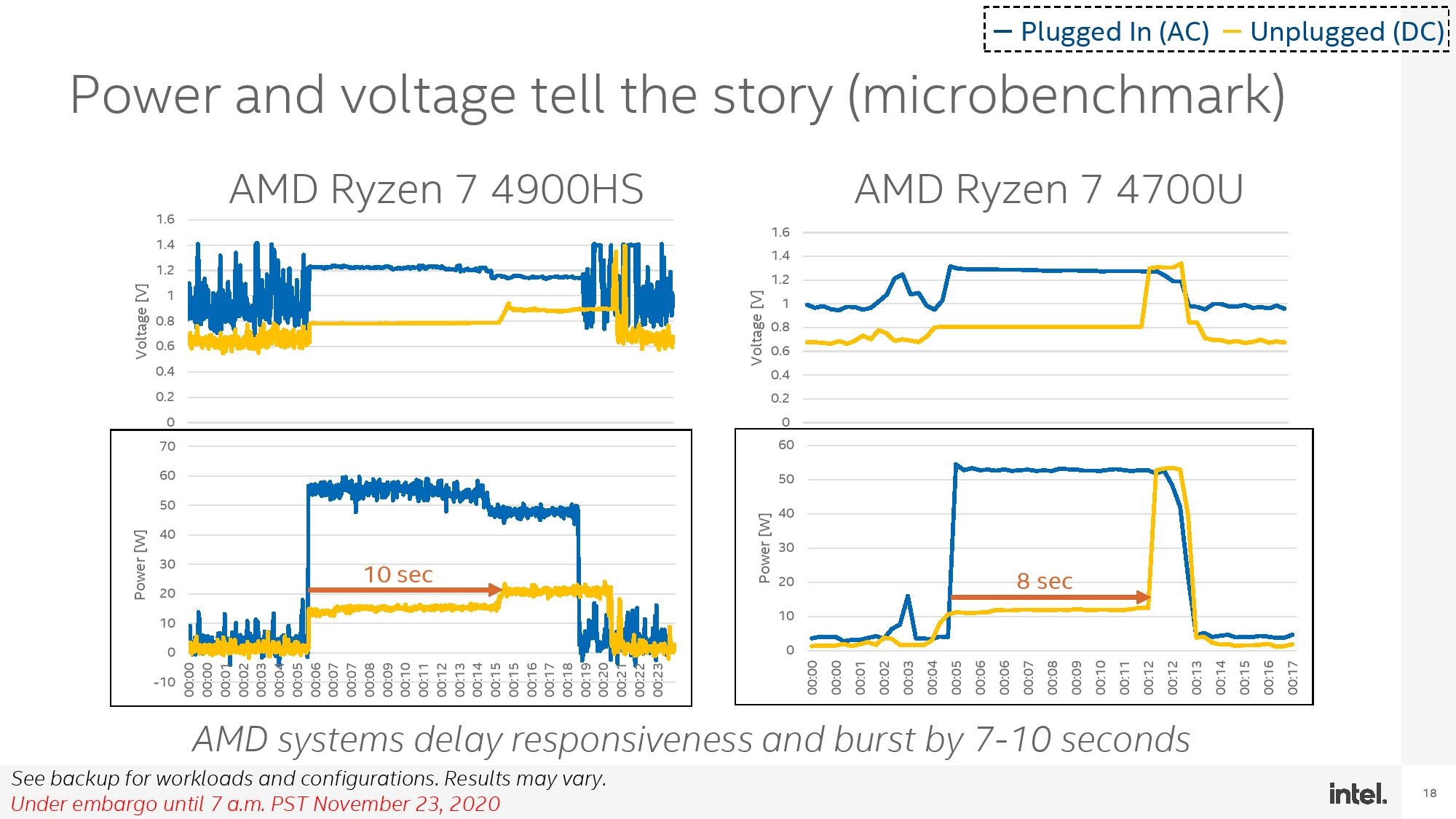 Ironically, Intel did not release tiger Lake's test data for this project. 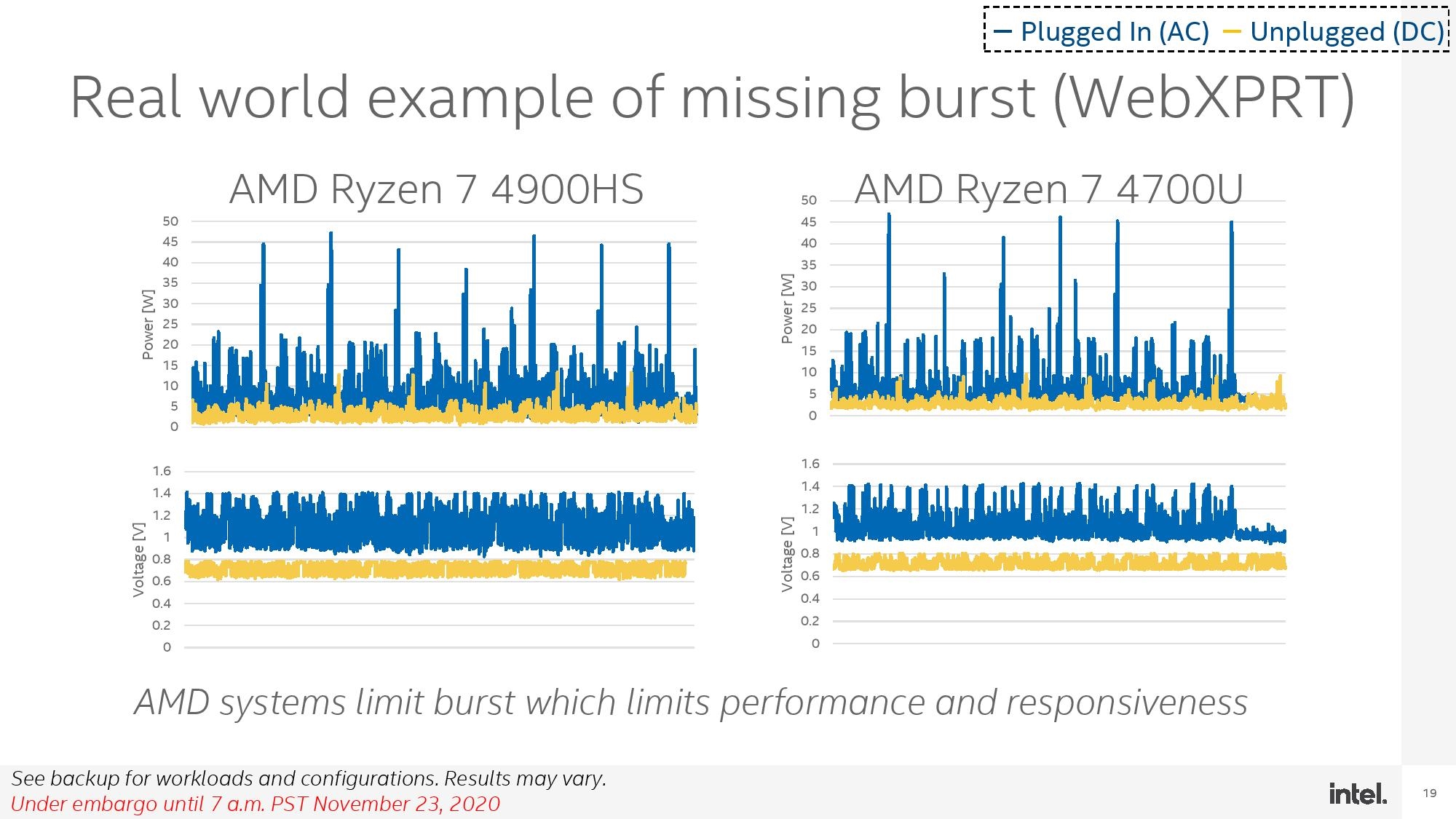 Finally, Intel also pointed out that everyone should not believe in cinebench. Amd sharp dragon optimizes the feature model used by it very well, which is not referential. Why do you say that? Because the power can not be pulled out, R20 score difference is very small. 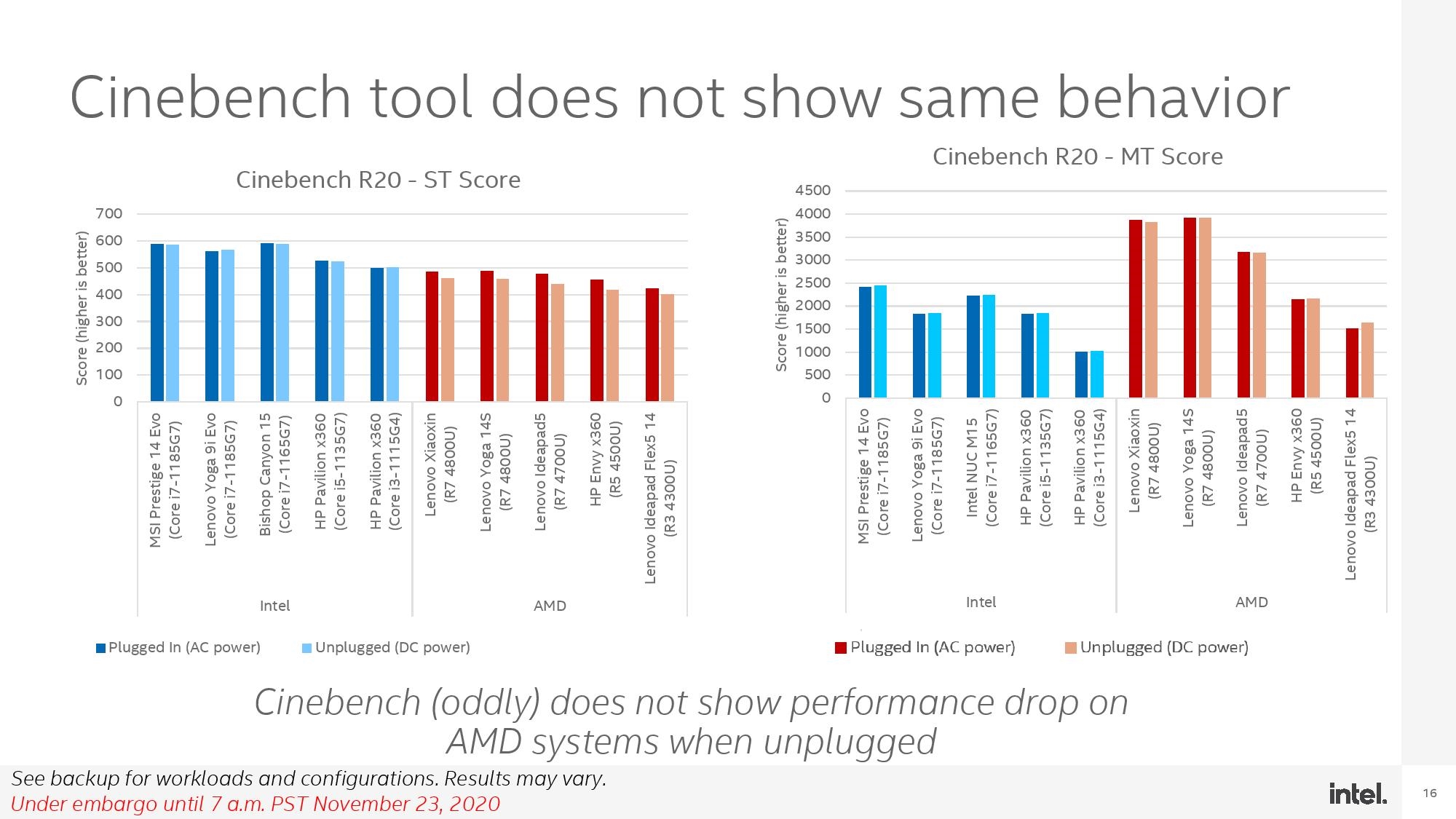 The following are other contents in PPT for reference: 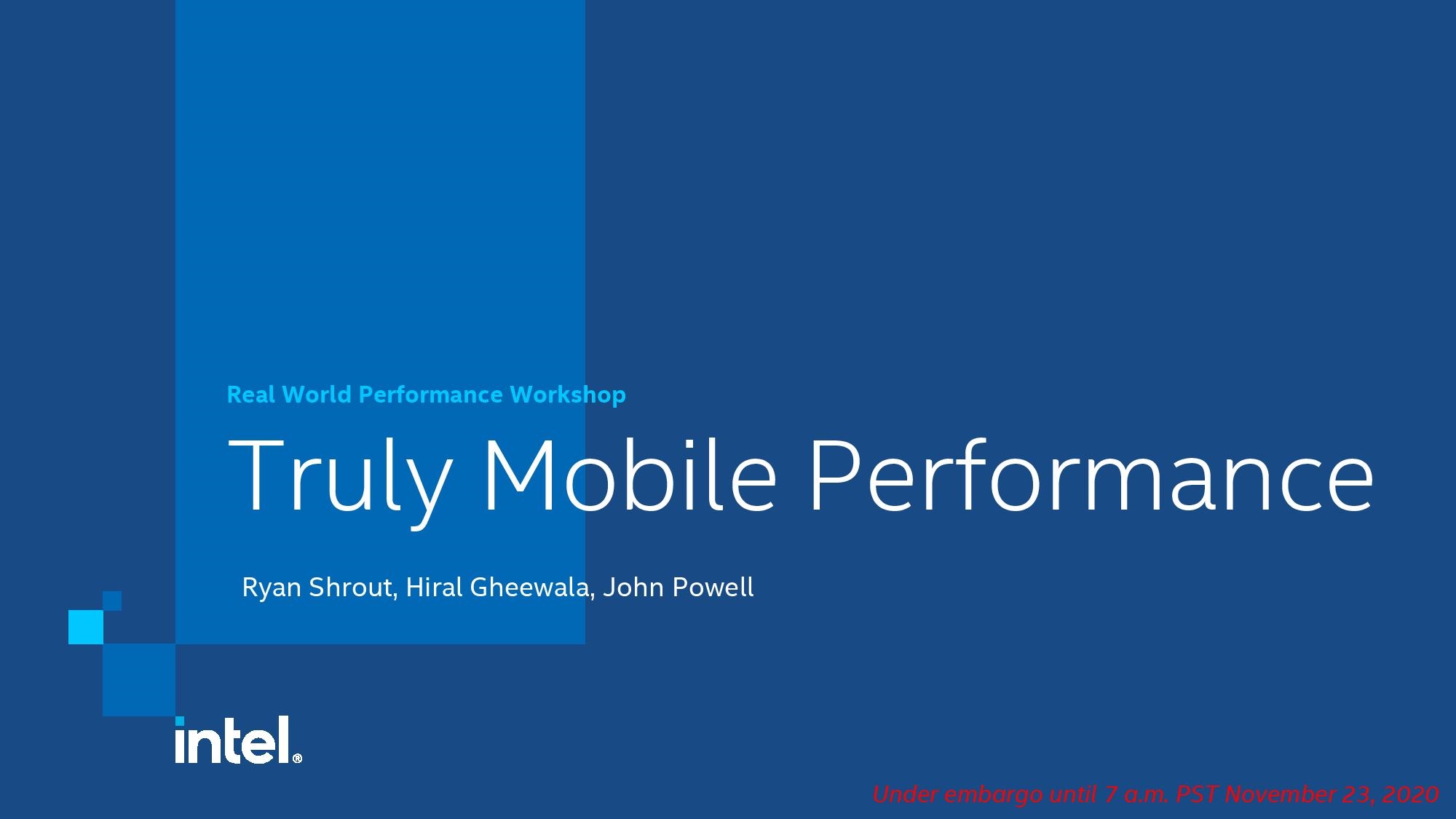