This year, apple not only released the new iPhone 12 series, but also brought a brand-new MacBook series that shocked the entire computer circle. Unlike the past, all macbooks are equipped with the latest Apple M1 chip developed by apple.

Today, antutou announced on its microblog that a large number of running points of Apple M1 chip were found in its background, among which,The MacBook Air is the highest running iPad. 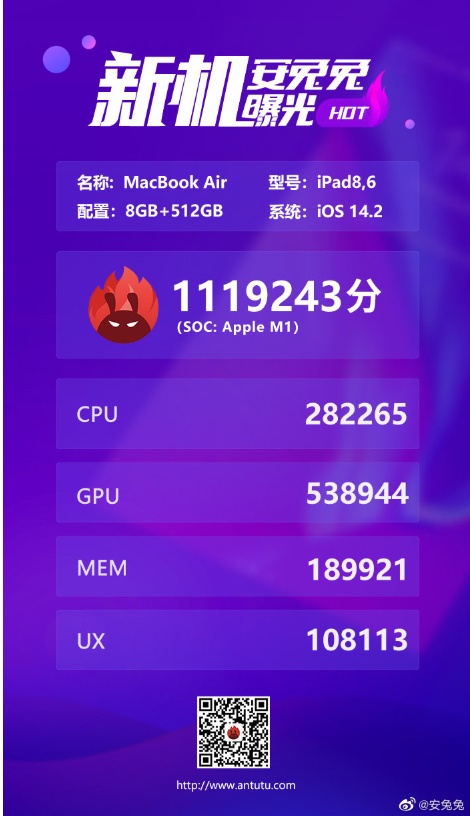 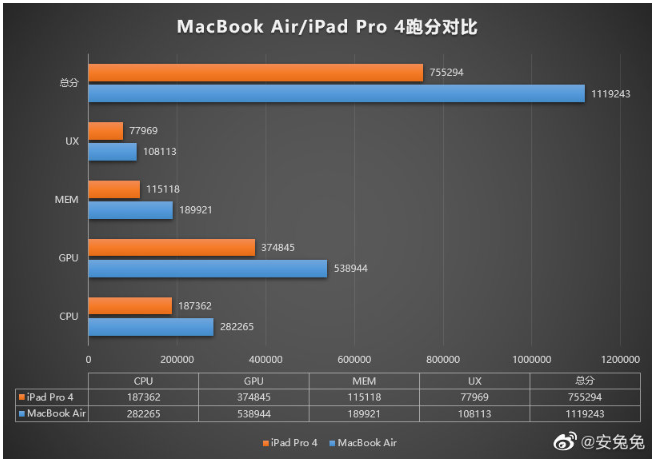 It is reported that,This is also the first chip with a running score of more than 1 million under the IOS Angora V8 version.

Some friends may ask, how can Apple computer run IOS software? This is because the apple M1 chip architecture is the same as the iPhone / iPad a series chips, and naturally the M1 Mac can run IOS applications.

Of course, apple M1 chip is more than that. The chip is Apple's SoC Based on 5nm process,It has 8 core CPUs, including 4 high-performance cores and 4 high-efficiency cores. The power consumption is only 10W.

In the aspect of graphics card, apple M1 has 8-core GPU, which can execute 25000 threads at the same time.

Although the running points passed the IOS software test,But I have to say Apple M1 the performance of the chip is not a bit