When semi was released in 2017, Tesla said that its mass production version was a heavy truck with a carrying capacity of more than 36 tons and would have two endurance options of 480 km and 800 km, with prices of US $150000 and US $180000, respectively. However, Tesla found a way to extend the range during the test. Musk said in 2018 that the semi production version will have a range of nearly 900 km. 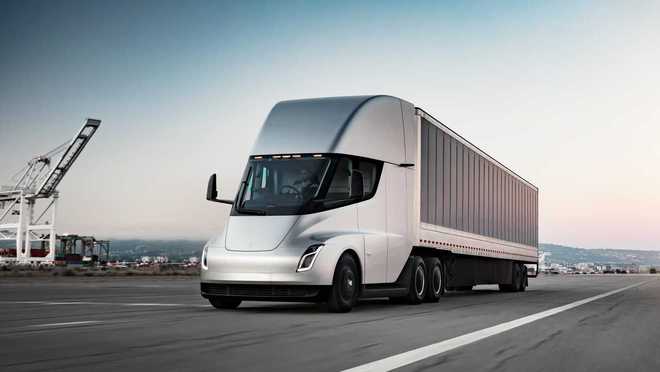 And now Musk has announced that the Semi's range will exceed 1000 kilometers. He said:

Musk's first two mileage figures match Tesla's previously announced Semi, with 1000 kilometers the latest information. In addition, Musk means that the total weight of the truck will be around 40 tons, rather than actually loading 40 tons of goods. Musk also confirmed that Semi will use Tesla's new 4680 battery, even Tesla in

The weight and capacity of a truck is important because how much cargo it can carry can affect its actual profitability. Due to the excessive weight of the battery pack, the load capacity has always been a great challenge for electric trucks. Musk commented on the issue for the first time, saying Tesla may have to reduce its load. But in the long run, electric trucks will have the same capacity as diesel trucks.

Meanwhile, musk also made a rare comment on the new Tesla Model to be designed in Europe. After Tesla announced plans to build a plant in Berlin, musk mentioned that Tesla would also set up a design center in Germany and work with local talent to design a new Tesla electric car there.

In addition, Musk also mentioned the reason behind the development of new models, mainly to attract local talent. He stated: