Although Apple officially released the iPhone 12 series on October 14, it didn't officially launch the iPhone 12 Pro Max until the beginning of this month, and due to supply problems, it may take 3-4 weeks after placing an order online.

The other major difference is that the rear image system, which is equipped with 12 million pixels of rear-view cameras and LiDAR scanners, is larger iPhone 12Pro Max the sensor size, reaching 1.7 percent 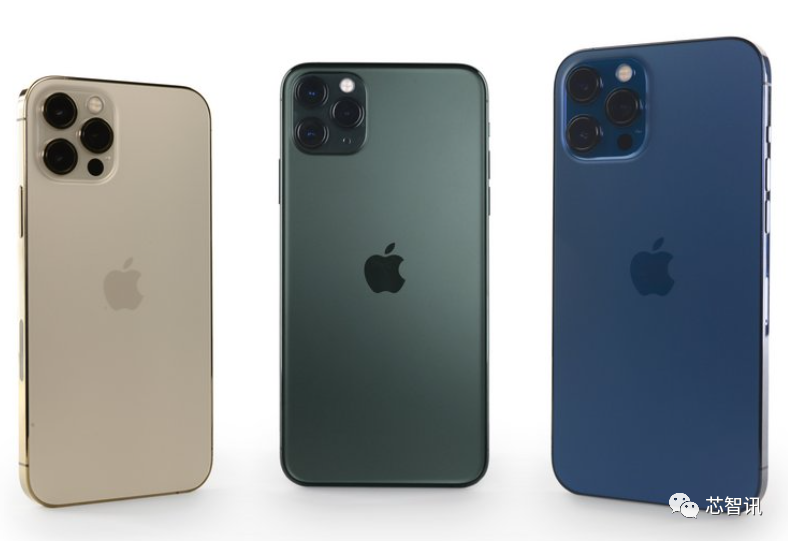 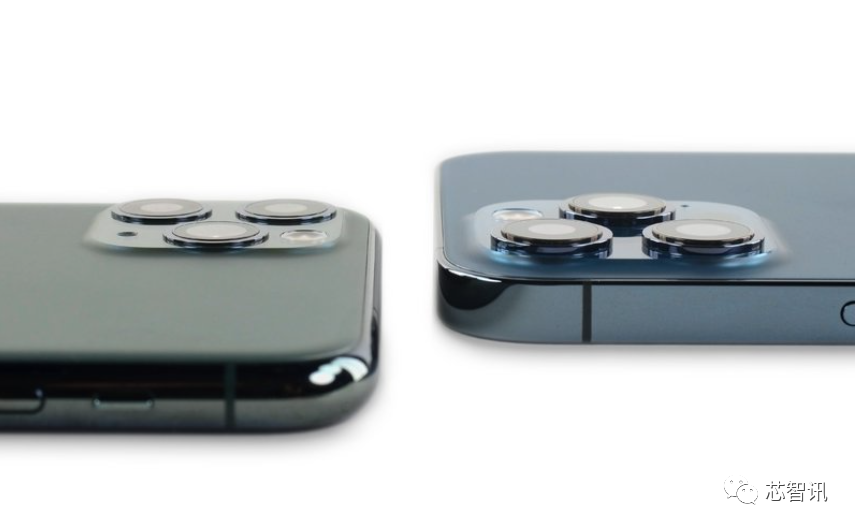 Because the iPhone 12 Pro Max provides a stronger post camera system, the rear camera is also more convex than the iPhone 11 Pro max. 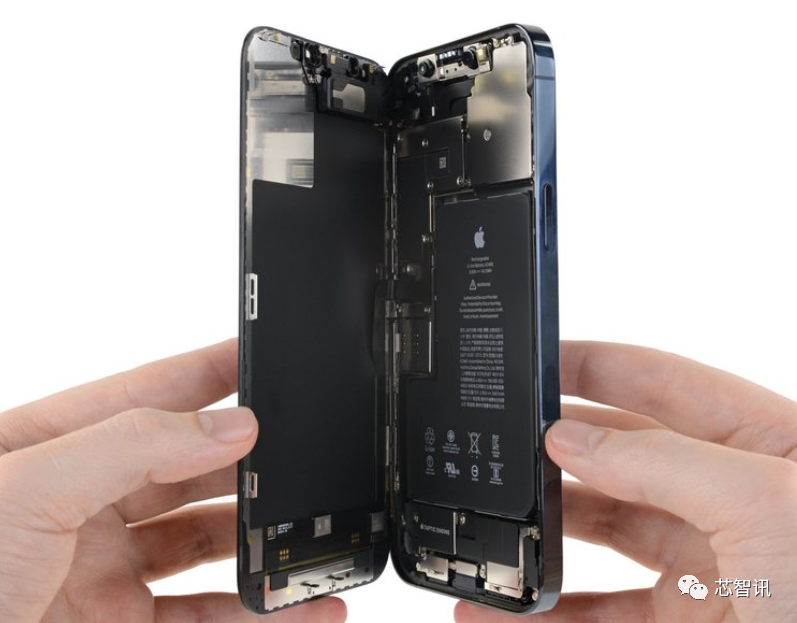 After heating the iPhone 12 Pro max, the back cover can be easily removed through the suction cup. 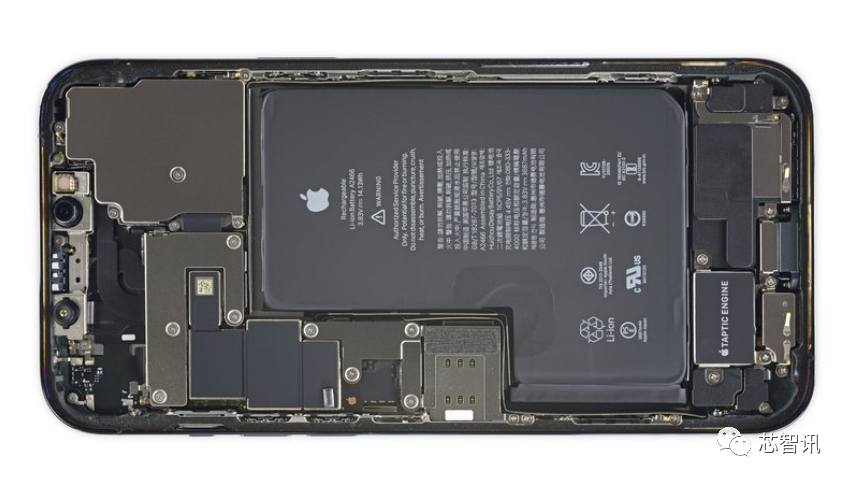 As you can see, iPhone 12Pro Max adopted 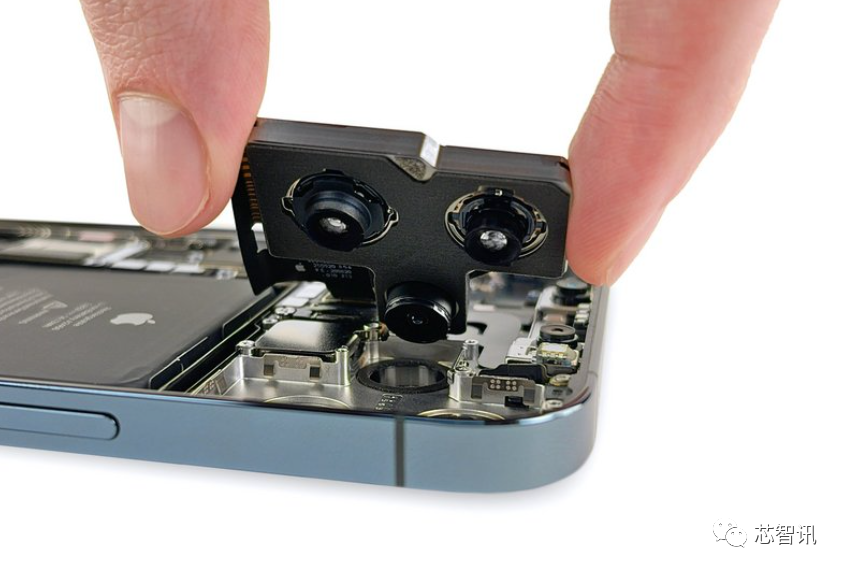 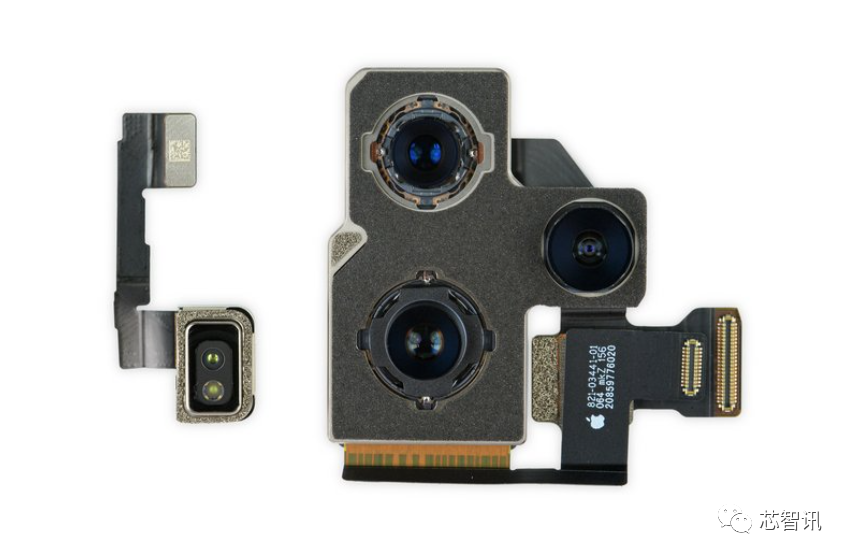 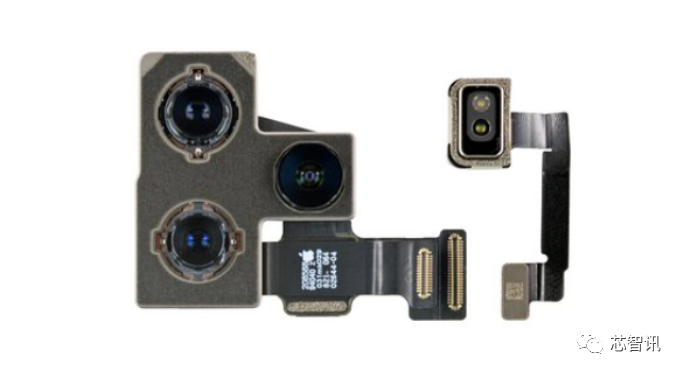 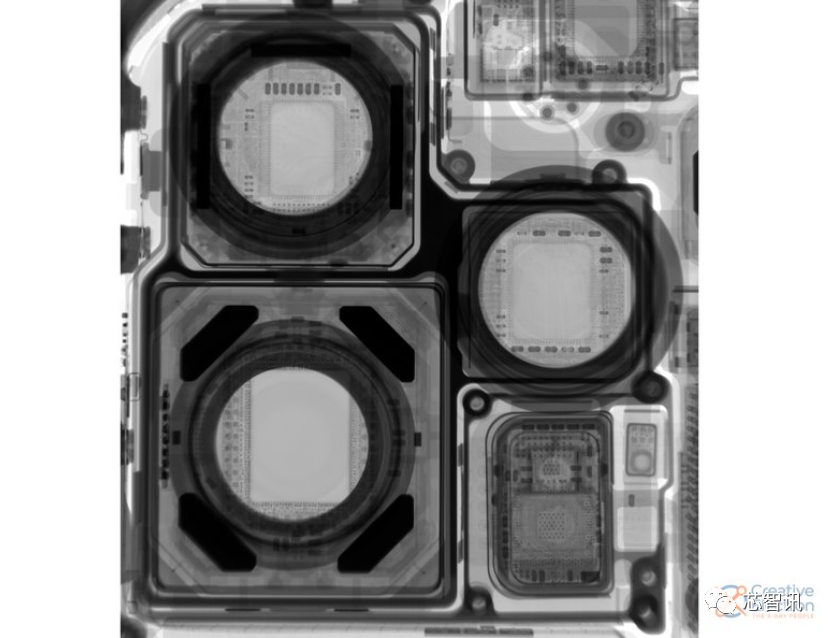 Through X-ray, we can see that the iPhone 12 Pro Max rear wide-angle camera is equipped with a larger image sensor, and there are four small magnets around it. This is Apple's new sensor shift image stabilization system, which can better achieve anti shake. 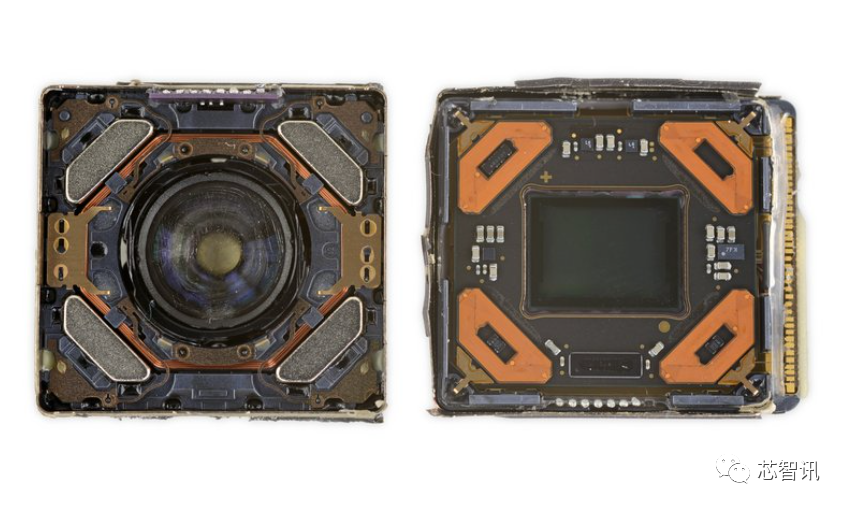 After separating the wide-angle lens of the iPhone 12 Pro Max from the sensor, we can clearly see the larger image sensor.

The area of the sensor for the iPhone 12Pro Max wide-angle lens has increased by 47%(compared to iPhone 12Pro), according to official data, from 12 million pixels to 1.7% for a single pixel

In addition, we can clearly see the image stabilization system by shifting the sensor of the wide-angle lens of the iPhone 12 Pro max. This is the technology used in many modern digital SLR cameras and reflectorless cameras.

With the current trend of many Android mobile phone manufacturers pursuing multi camera and high pixel (many of them are up to 100 million pixels), apple is really independent. Although the rear camera has been upgraded to three cameras, the pixel is still 12 million pixels. 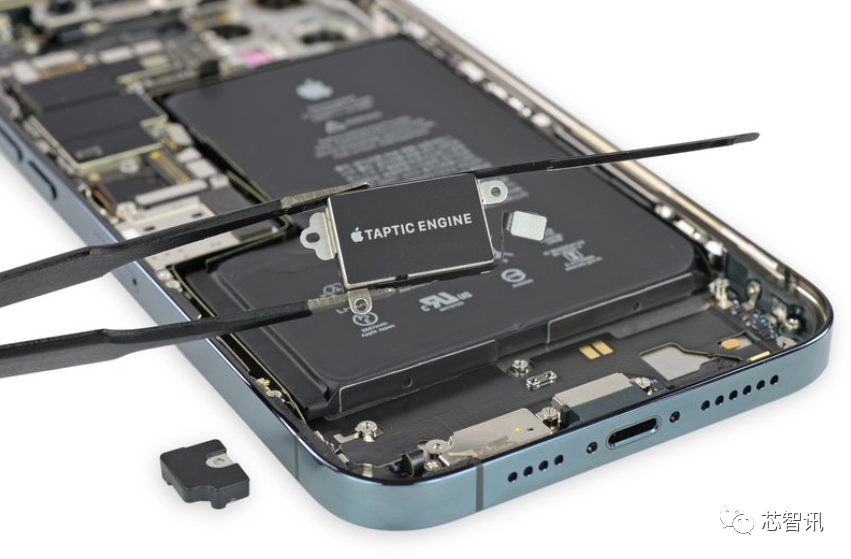 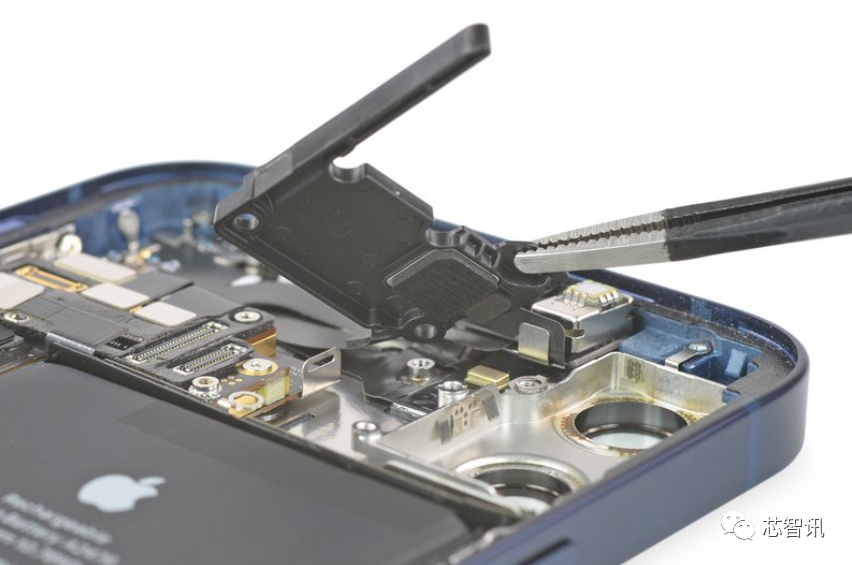 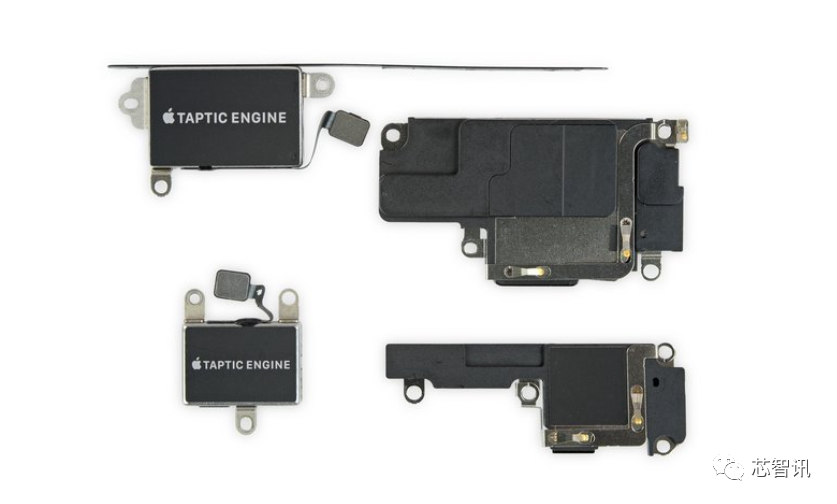 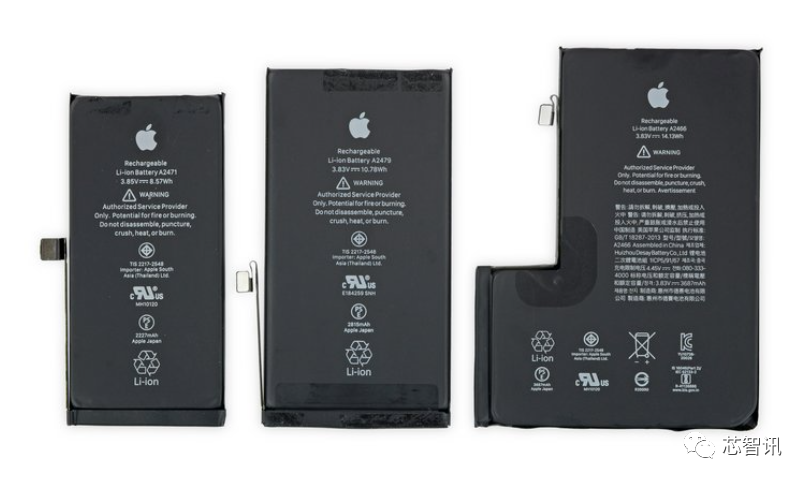 iPhone 12 series of battery capacity has been criticized by the outside world. Only iPhone 12Pro Max have been used compared to the previous iPhone 11 series 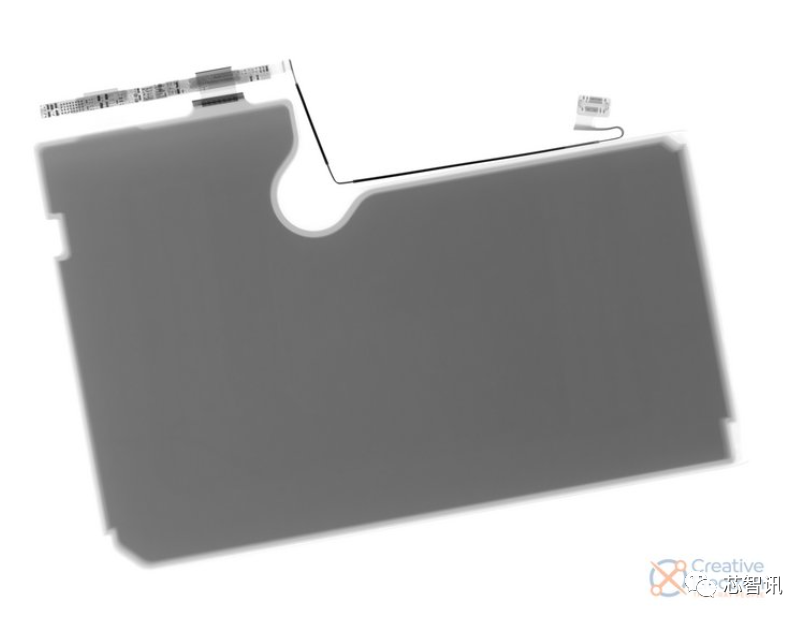 Through X light, even if iPhone 12Pro Max adopted a large 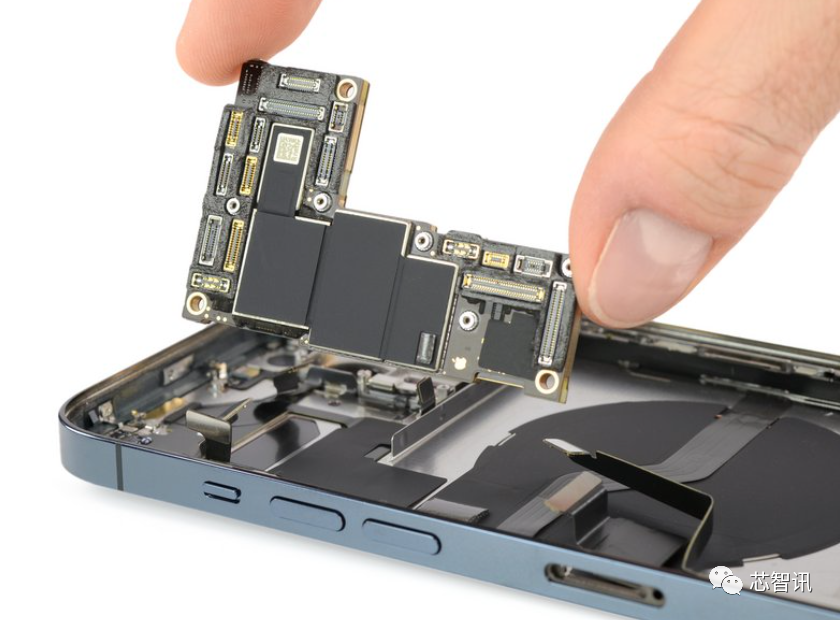 Remove the L-shaped motherboard of the iPhone 12 Pro max, which still uses a double motherboard design 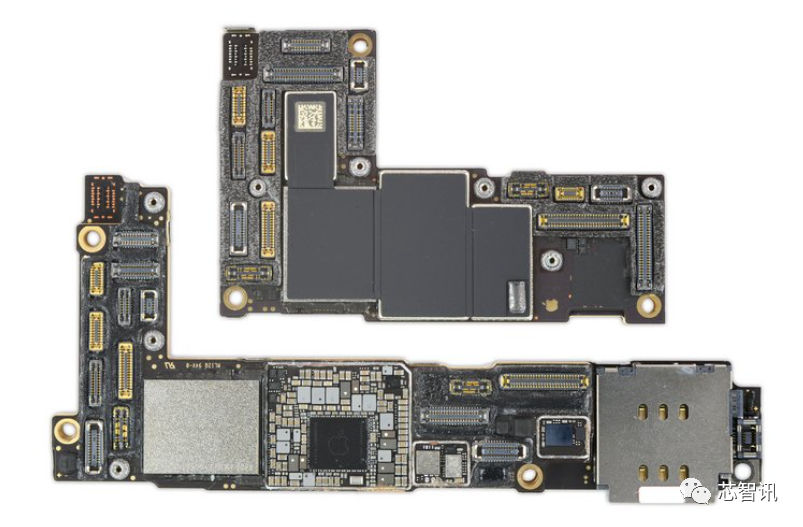 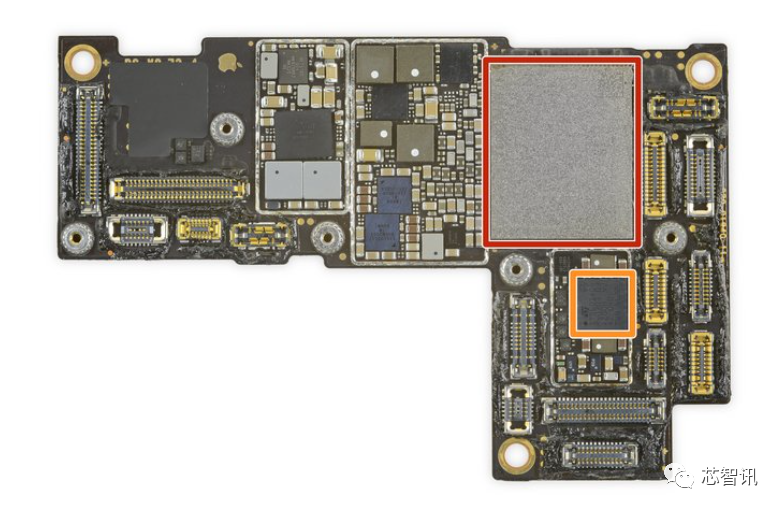 Related news
IPhone 11 Pro/11 Pro Max Series Release: Post-camera 3-camera for $999/1099
The iPhone 11 Pro/Max Documents Show Up in the Ministry of Industry and Information Technology: Memory Still Fantastic
Material cost exposure of the iPhone 11 Pro Max: 27.5% of the price!
IPhone 12 Pro Max exploded graphic: vintage look, ultimate frame
IPhone 12 Pro Max camera upgrade more powerful anti shake technology than optical anti shake
The first batch of iPhone 12 Pro Max sold out for 12000 yuan
German repair company shares initial disassembly video of iPhone 12 mini and iPhone 12 Pro Max
iFixit's how big iPhone 12Pro Max camera is
Detailed disassembly of iPhone 12 Pro Max: material cost less than 2900 yuan
How much is the iPhone 13 Pro MAX? Material cost 2800 yuan Apple profit margin has declined
Hot news this week
The first in the world! Intelligent screening system for visual impairment of infants and young children
World's first: Sun Yat-sen University has developed a mobile phone intelligent screening system for infants with visual impairment
Sources said Samsung Electronics is considering cutting chip production in the first quarter or a huge loss
The source code of the official website shows that the Microsoft Build 2023 developer Conference will be held on May 23-25.
The rendered picture of Meizu experience Center is exposed: there are cars and mobile phones to build 1000 stores.
At least 29000 facilities were affected, and WeiUnicom announced that there were serious loopholes in QTS and QuTS hero.
256G is not enough! Bloggers bought Xiaomi phone 512G has used up more than 300G: WeChat accounted for 70G
Regret that the medicine is gone! Apple closes downgrade channels for multiple versions such as iOS on 16-15-12.
Xiaomi tablet 6 key specifications steal run: high brush domestic screen Snapdragon 870 can also play!
Musk, the richest man in the world, also suffered a huge loss when he bought bitcoin by Tesla, who "cut leeks".
The most popular news this week
Microsoft's new version of Bing appears briefly: full access to ChatGPT
Bill Gates: the history of ChatGPT is as significant as "PC or the birth of the Internet"
The "iPhone 14" Letv mobile phone Y1 Pro+ sold for only 499 yuan becomes JD.com TOP3.
Man QQ Music lost 1.32 million in playing games in the studio: he was fooled by the anchor!
Intel China special edition Xinshen U suddenly went on sale: 1599 yuan cost-effective
The price of ZTE flagship endorsed by Wu Jing has been reduced! The overall screen impression is better than Apple Smart Island.
Meizu 20 Series supports UWB Ultra Wideband Technology through Radio approval
Huawei P60 series will debut in March: Snapdragon 8+ has a larger aperture than the iPhone 14 Pro Max
China suddenly announces new developments in 6G, and there is little hope that the United States will surpass 6G technology.
Dell said it was laying off 5 percent of its workforce, affecting about 6,650 jobs