In terms of heat dissipation,Three powerful axial fans are installed in the graphics card, and the number of blades of Rog Strix series is optimized and adjustedIt greatly improves the static pressure and provides powerful airflow for the new heat dissipation module.

The graphics card also adopts a unique fan rotation mode. The central fan and the fans on both sides keep rotating in reverse direction, which can effectively reduce the air turbulence and improve the heat dissipation efficiency. And 0dB technology can completely stop the fan when the temperature of the video card is lower than 55 ℃. 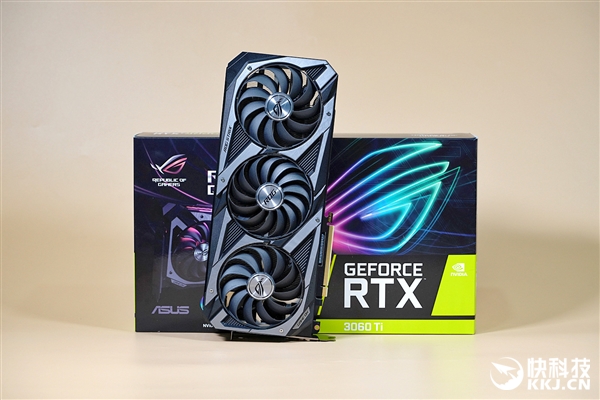