Google can't sit still when it comes to SOC research. This year, the release of Apple's M1 chip has made the technology circle boil. Recently, the new arm architecture MAC chip of Apple has been exposed by Bloomberg, which can be said to strike while the iron is hot. Google in the Android camp is not idle. According to foreign media reports, Google's self-developed SOC chip "Whitechapel" may be released next year, and it may be used not only in pixel, but also in chromebook.

How strong is Whitechapel?

Moreover, the chip also integrates Google's TPU neural network acceleration unit, which can improve Google assistant and better support functions related to AI and machine learning, such as "always on". It is worth noting that Google's own whitehapel is not only used for pixel, but its subsequent versions may also be installed on chromebook.

Although Whitechapel has not yet been released, it is worth looking forward to from the strength of Google's self-developed chips in the past.

In terms of the time when pixel was equipped with self-developed chips, Google has successively launched AI chips such as pixel visual core, Titan m security chip and soli radar chip

It is not difficult to see that Google has spared no effort in the research and development of auxiliary chips, and the power of its chips also gives pixel unique product features.

Taking Titan m as an example, Titan M can not only protect the Android operating system and its complete functions, but also protect third-party applications and transactions involving security sensitivity. Moreover, Titan m has its own security. It can be said that it can guarantee the security of hardware products from multiple levels.

For Titan m, a computer scientist at Columbia University, Simha sethumadhavan, once commented——

I think the hardware improvements Google has made at this level are remarkable. It is more difficult to make a breakthrough than software protection.

However, although the chip strength is good, the sales performance of pixel is not directly proportional to its chip strength. Currently, the pixel series has been released to pixel 5, but Google has always been reticent about the specific sales of pixel. Although Google didn't speak up, the relevant organizations and media were very interested in it.

In pixel 2, sales began to improve, perhaps due to the improvement of supply chain capacity and the support of pixel visual core. According to IDC, the pixel series sold 3.9 million phones in 2017.

Later, Google launched pixel 3 and pixel 4 series one after another, which still did not stir up a splash in the mobile phone market. On the contrary, it was the cheap version of pixel 3A that stimulated sales, but that was just a short-term "true fragrance" effect brought about by the price.

On the other hand, Google is better than itself. According to IDC, a research firm, Google shipped 7.2 million pixel phones in 2019, up 52% year-on-year, a record high.

However, this "record high" data can only be placed in the list of "others" in the smartphone market, and there is a big gap with other mobile phone manufacturers.

Vivo, which ranks fifth only, has 31.5 million shipments in one quarter, which is more than four times the annual shipment volume of pixel in 2019, not to mention apple, which is close to 5.7 times.

However, despite flat sales, Google still has confidence in pixel.

At the third quarter earnings conference, Sunday Pichai said it was investing more in hardware and was optimistic about the future of hardware.

From the time dimension of layout and the dynamics of Google,Maybe Whitechapel is Google's hidden "trick"。

However, when this big trick is used, can pixel get out of the mud?

White hazel can't save it

To answer this question, first of all, we need to clarify why pixel is not selling well.

Google's explanation is that the high-end market is highly competitive. However, no matter how competitive the market is, it is relatively fair for the mobile phone manufacturers involved. The sales volume of pixel still needs to start from itself.

There are two main reasons for the poor sales of pixel: one is the high price; the other is the obvious short board. However, from the perspective of Google's high-end positioning of pixel, pixel's high pricing is not to blame.

The main reason why pixel is criticized by users is its short board, including but not limited to the screen, battery, microphone, appearance, etc. for example, the first three generations of pixel adopted color contrast design, but in the fourth generation, it gave up completely, so the design style is difficult to have continuity.

In addition, the frequent hardware problems of pixel mobile phone, such as audio input failure and mobile phone heating, also have a negative impact on the user experience.

Therefore, even if pixel has a deep internal strength, its lack of external forces has really weakened its market competitiveness.

Although there are still some defects, pixel, as the "Pro son" of Google, can be said to integrate Google's deep technical capabilities, including but not limited to Google assistant support, strong image strength, Google exclusive storage services, and various cutting-edge auxiliary chips.

What's more, as the leader of Android operating system, Google not only provides the latest version of Android support for pixel series, but also gives pixel different icons and Google services such as live caption.

Undoubtedly, pixel is the most advantageous hardware bearer in the Android camp. 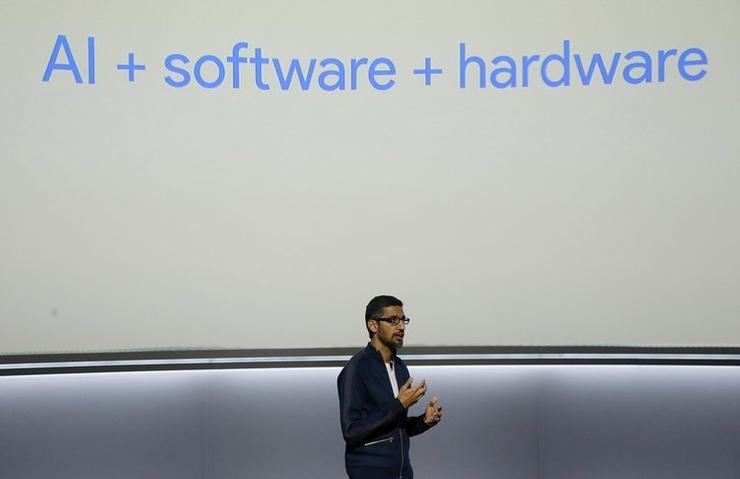 The improvement of strength and the integration of software and hardware ecology are inseparable from the processor chip, namely whitehapel.

As mentioned earlier, whitehapel will not only be used for pixel, but also will be combined with chrome book, and its arrival may bring more possibilities to Google hardware.

However, Google's poor sales are the result of many factors, and the single point breakthrough is not the fundamental solution. Therefore, even if Whitechapel can bring development imagination space, but in order to really win the favor of consumers, the weakness of hardware product capability should be supplemented.

Otherwise, if it is still a deep internal skill and insufficient external force, the fate of pixel still needs to be put into question.

Related news
Apple Watch Series 5 selling points: S5 chips and screen
Apple M1 chip: breaking Antu rabbit record with score over 1.1 million
Apple M1 chip: more than 1.1 million points, breaking the record
Can Apple's SOC survive pixel?
Hot news this week
Kuaishou launched a self-developed cloud intelligent video processing chip: The chip has been streamed successfully
Ministry of Public Security: Single telecommunications network fraud continues to cause 40 % of all electrical fraud cases
Special price "kill ripe"? Bike-sharing platforms have different prices for the same package for different users
A tech company in Shanghai has been fined 220,000 yuan for swiping orders to improve its ranking on Yelp
Text message color, picture quality compression! Google calls out Apple for improving cross-device messaging
Alibaba: Shareholders SoftBank will settle in advance for advanced payment in advance involving a maximum of about 242 million ADR
It is also the collapse of the mine card: NVIDIA graphics card plummeted, AMD graphics card increases against the trend
Gaming phones also have optical shake protection: a 50-megapixel large-background master camera on the Rescuer Y70
Musk's eyes! Lei Jun released a full -size humanoid robot Xiaomi self -developed strength explosion table
Biden signed a chip and scientific bill, a video call of WeChat iOS internal test suspension window, the advanced CPU caused Win11 to be difficult to use, Huawei new machines enter...
The most popular news this week
Economic Daily: US Chip Act will not stop China Chip!
Because of violating consumer law, Google was fined about 288 million yuan
Global e-commerce revenues may shrink for the first time
Apple's M2 processor is coming down: The iPad Pro 2022 is scheduled to ship in October
Are the suitcases hot? Meteorologist alert, the climate crisis is here!
Has been taken 4 pins, the new crown vaccine, the American Pfizer CEO is positive: taking special effects medicine
A fire broke out in Nintendo Japan headquarters, and the news said that it was caused by the charging electronic device
YouTube has been revealed as early as this fall to launch an online store to support streaming platform subscriptions
Video game company Unity rejected AppLovin's $17.5 billion takeover offer
Huawei Mate 50 series first emergency mode: can make phone calls and scan when the battery is exhausted