The U.S. Food and Drug Administration (FDA) said it was moving toward the rapid approval of Pfizer's covid-19 vaccine emergency use authorization. The vaccine received support from an FDA advisory panel on Thursday.In a statement Friday, the FDA said the agency had "informed the Centers for Disease Control and prevention and act quickly so that they can implement their plan to distribute the vaccine in a timely manner." 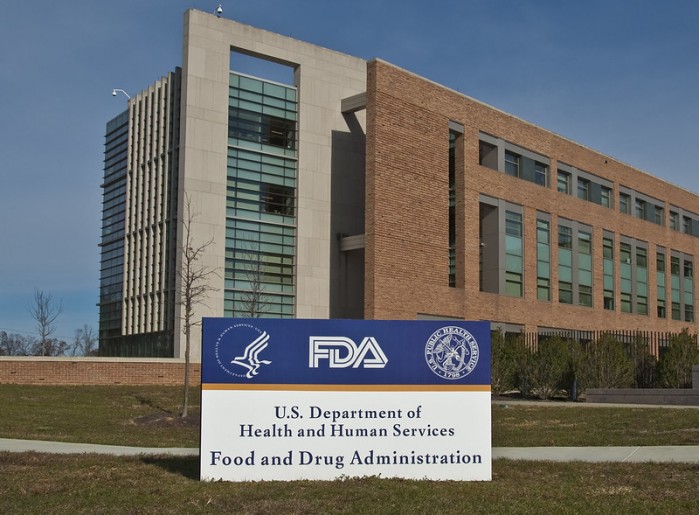 By 17 votes to 4, with 1 abstention, the FDA advisory panel agreed with the authorization to approve the vaccine. The vaccine showed 95% effectiveness in large clinical trials. One of the focus of the panel discussion was whether there was enough data to support the use in the 16-year-old and 17-year-old population, which made some pediatricians on the Advisory Committee reluctant to vote for it.

However, other members indicated that data from older participants could be used to infer younger populations. If approved by the FDA, vaccine distribution across the United States will start, initially with 2.9 million doses in each state.

Related news
Huada gene: new crown kit has been authorized by FDA for emergency use and officially entered the U.S. market
U.S. kit mess: FDA allows unapproved products to be marketed
Vital ventilator developed by NASA Jet Power Laboratory has been certified by FDA
Electronic cigarette giant Juul filed an application with FDA: it hopes to continue to sell in the United States
No vaccine before November? FDA adheres to vaccine standards, and pharmaceutical companies support it
Pfizer submitted an application for authorization of emergency use of new crown vaccine to FDA
Pfizer covid-19 vaccine will face the review of FDA panel. What will happen next?
FDA seeks fast approval of Pfizer covid vaccine emergency use authorization
FDA explains why Pfizer biotech's covid-19 vaccine is authorized
Covid-19 FDA officials will see a new improvement in the US June epidemic.
Hot news this week
"Used car salesgirl" appeared on the webcast platform: netizens were angry because of their exposed clothes
Ping An Bank's net profit rose 32.5% in the third quarter, Xie Zhiyu crazy reduction, Zhang Kun is a big buy
Xiaomi intelligent clean ecological chain enterprises to pursue technology to complete 3.6 billion yuan C round financing
Microsoft CEO NADELLA is most concerned about three things: ubiquitous computing, AI big model and virtual online
Alibaba Cloud released a new operating system "Dragon Lizu" secret research and development 10 years anger 20 billion
Jia Yueting is paying back the money again! Faraday's future former employees in China receive a pay rise
Internet users ridicule this year's "Double 11" : Taobao "collapse", promotional text messages bombarded, still do not understand the rules
Huawei SEMICONDUCTOR Manufacturing International received export licenses worth hundreds of billions of dollars from the United States
Documents show that Huawei SMIC received export licenses worth hundreds of billions of dollars even after being blocked by the United States
The storage chip faucet is 119 times the first three seasons, the chairman reporter is born, "cattle scattered" did not lose the position.
The most popular news this week
Samsung Tab S8 Ultra exposure: Tablet also has Liu Haiping
AMD will launch its new HPC on November 8, a day before Nvidia
Netizens get a 145 yuan Apple new polished cloth Photo: Compatible with all Apple product boxes
Apple "Apple Watch Pro" brand name LOGO exposure
NASA experiment: Astronauts grow organs on the International Space Station for the benefit of humanity
Ten times faster than a supercomputer! Important progress has been made in the study of quantum computing in China
Tesla, with a market capitalisation of trillions of dollars, will catch up with Amazon, and Musk's fortunes are up four hours a day
Share price rises! Tesla's market cap hit $1 trillion for the first time, pushing its boss's net worth to $255.2 billion
Nuts JD.com shelves all mobile phones, only suitcases on sale, netizens joked about packing suitcases to run
Tesla's revenue in China surged in the third quarter to nearly 20 billion yuan year-on-year! Second only to the U.S. market