Apple has released the MacBook, which uses the M1 processor based on ARM architecture. Its amazing energy efficiency performance and the ecology of deep integration with mobile platform have left a deep impression. M1 processor breaks the inherent impression that many people have poor performance of arm, and the fit of Mac OS and M1 is even more amazing. M1, an arm processor, runs x86 software through Rosetta 2 translation layer in MacOS ԡ 11, and is faster than that of Intel high-end processor! MacOS 11 is compatible with ARM chip, challenging windows from another dimension 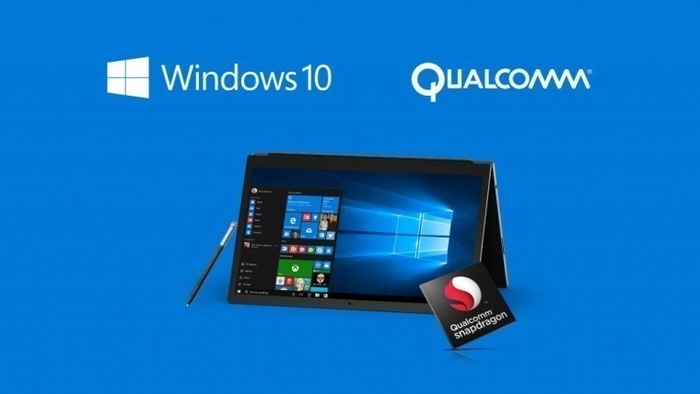 Microsoft has already set foot in the arm field and launched the windows tablet based on arm, but the performance is not satisfactory

Microsoft has dominated the desktop market for 30 years with the help of Wintel alliance. Can Apple Mac OS challenge windows with M1? Let's talk about this topic today.

Why can M1 chip have such high performance?

Thanks to years of close cooperation with TSMC, Apple's M1 processor has been able to use the most advanced 5nm technology, which has brought inherent advantages in energy efficiency. The design of M1 is also in line with the technological characteristics of TSMC. Compared with Intel, TSMC's technology does not pursue high frequency, while the architecture of M1 focuses on high IPC and does not need high frequency. Both sides jointly cast the extremely high energy efficiency of M1 chip. 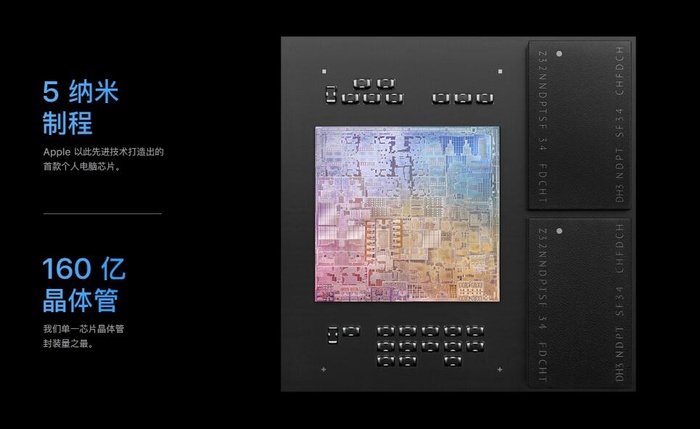 M1 chip uses the advanced technology which accords with its characteristics M1's big core architecture design is very radical, the x86 processor does not have such a multi-channel front-end decoding The term "special circuit" sounds strange, but if you pay attention to mining, you will know what it means. In the mining field, CPU speed is far less than GPU, and GPU is far less than ASIC mining machine. This is because ASIC chip is a special circuit specially designed for mining algorithm. In M1 chip, there are many such special circuits, which can provide hardware acceleration for video coding and decoding, machine learning, image processing, data encryption and other computing. Combined with the API specially made for it by MacOS 11, some productivity tasks can run more efficiently than ever before.

This is another big killer of M1 chip. In the traditional PC hardware architecture, memory, GPU, CPU and other components need to transmit data through the main board related bus, while M1 chip SOC these components and integrates them into the same chip. Compared with the traditional method, M1 chip can greatly improve the speed of data transmission, and the performance has been systematically improved.

M1 chip combined with MacOS 11, the performance of many people is bright. Compared with the bumpy March of windows in the arm field, Apple's combination boxing is more outstanding. So the question comes, in this era of increasingly powerful arm, can MacOS challenge windows and x86 system with M1, the top-level ARM chip? I'm afraid it's still not possible.

First of all, let's talk about the hardware.

The secret of M1's powerful performance is mentioned above, but does that mean it can challenge the x86 processor? There are many practical reasons why x86 processor does not use radical architecture design like M1. 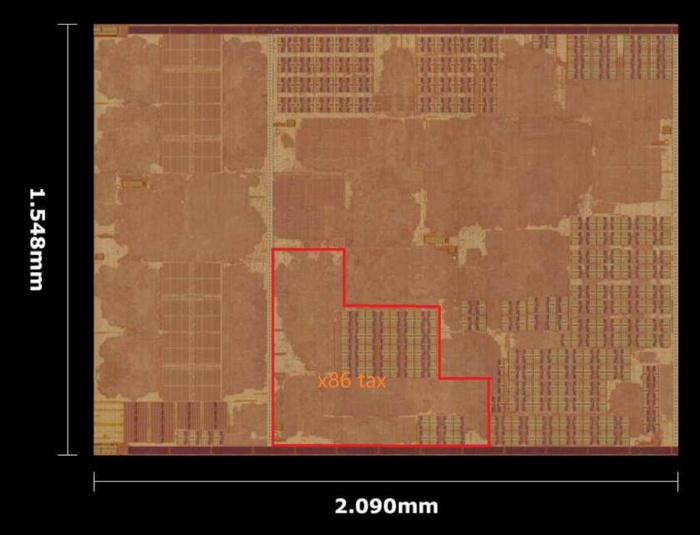 It takes more transistors to be compatible with old instructions like MMX, which is called "x86 tax"

Apple has never been interested in backward compatibility. How bad is Apple's compatibility in pursuit of performance? For example, if you buy the latest version of MacBook with M1 processor, and you want to open the project file of video cutting a few years ago, you find that the new version of final cut does not support the old version of the file, and the current MacBook can not install the old version of final cut (no longer supporting 32-bit) The material you shot a few years ago, it's just wasted. The files a few years ago can't be opened with the new Mac. Apple doesn't consider the compatibility of the old software

Apple focuses on the consumer market. It can let M1 chip completely abandon armv7 instruction set, give up 32-bit support, and let transistors be used on the edge. However, x86 is widely used in enterprises, industrial control and other fields. Does it dare to do so? Considering the dismal fate of Intel Itanium IA-64, the answer is self-evident.

This brings another problem. Compared with ARM processor, the code needs to be optimized for these features in order to play its due performance. Unlike the M1 chip, x86 does not run the Mac OS system that Apple has highly optimized and customized for it, which further weakens the performance advantage of x86 processor. A typical recent example is that windows can't schedule the CCX module of Zen 2 processor well and needs to be patched. Win10 1903 optimizes Zen architecture: first call the core in the same CCX and shorten the response time. But what if there is no patch?

It has to be mentioned that the radical design of M1 and the optimization of MacOS have made MAC show fantastic performance. But will these performance advantages continue? As mentioned above, many of the powerful performance of M1 is realized through dedicated circuits. Apple system uses these circuits flexibly through API, which makes Mac have excellent energy efficiency ratio. However, the weakness of the dedicated circuit is also "dedicated". M1 can realize the hardware acceleration of high specification hevc video today. When the new video coding is available, can it still have such a big performance advantage? I'm afraid it can't be done.

The most important thing about M1 is that it will not be exclusive to other apple manufacturers. This means that, except for the consumer market corresponding to Mac, it can't launch an impact on X86 in more fields. In contrast, x86 and windows are more widely distributed. Maybe the Mac OS equipped with M1 can prick consumers' pain points in some areas, but Apple still can't break the barriers built by x86 and windows. M1 chip is apple silicon, it will not be sold to others, and it will not challenge x86 and windows in more fields

In short, compared with M1 chip, the design of x86 processor is not so radical and there are not so many exclusive optimizations, so the performance of x86 processor will fall behind in many cases. However, the advantages of x86 processor such as backward compatibility and multithreading concurrency are beyond M1 chip's reach. The x86 chip can take the lead in the commercial, industrial control and consumer markets. Arm camp can't rely on M1 chip to turn over the x86 system.

M1 provides the surging performance for MacOS. Can Mac OS challenge windows? In this field, the new M1 version of MacBook has stood out from the crowd, but the limitations faced by MacOS are the same as those of M1 chip, which does not open to the public for licensing. 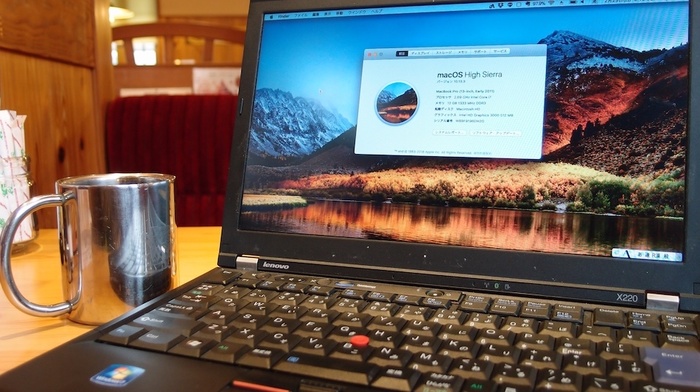 MacOS will gradually become the monopoly of Apple's arm chip, and the "black apple" running MacOS on PC will become history

If the Mac OS will gradually enter the era of Mac OS, it will become the era of MacOS after MacOS is installed. When Apple further popularizes ARM processor in MACS in the future, MAC and PC have no common hardware foundation, so MacOS will not be able to be installed in other PCs by disguised hardware model and other means.

In other words, the application of ARM processor reduces the scope of application of MacOS. Mac OS can only compete with the corresponding windows PC on Apple's established hardware products, while the open system license of windows will certainly cover more PC products than Apple's product line. From this point of view, MacOS can only attract a small number of PC users with a small number of cutting-edge products, and it is impossible to compete with windows as a whole. 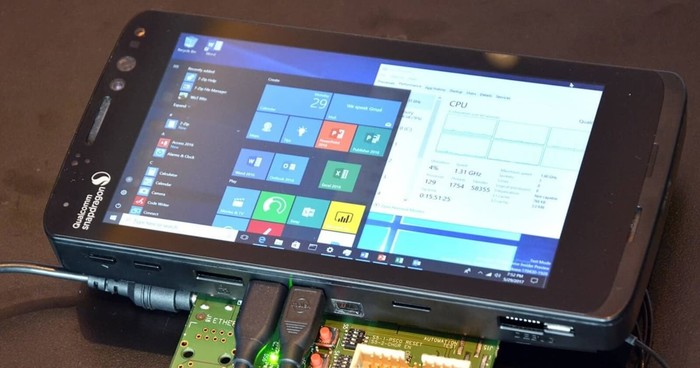 In contrast, win10 arm can be installed on other arm devices. Will this repeat the story of PC besieging MAC in x86 era?

This will not change for the foreseeable future. Since its birth, Apple has always adhered to the concept of making small and sophisticated products. Apple never intended to make MacOS the popular choice like windows. For apple, both the M1 chip and the MacOS 11 system are just the components to build an ideal product in their mind. They don't need to occupy a large market share, but just stand on a high hill.

M1 chip is a sharp knife of MacOS, but they obviously can't pry the huge wall built by windows and x86 processors.

In general, Mac OS is unlikely to use M1 chip to stir up the market position of windows and x86.

In any case, the birth of M1 chip really refreshes many people's ideas. Arm can also be used for high-performance computing. In a specific environment, it can do better than x86, which is enough to support a niche product like Mac to become a blockbuster. Windows 10 on arm and windows 10x are also under development. Can Microsoft create more brilliance in the arm era? Besides MacOS, will windows encounter new challengers? Let's wait and see.

Related news
Google develops airdrop application nearby share: supports windows / MAC / Chrome OS
Mac OS is the first of its kind! Windows takes you to experience the apple system 20 years ago
Apple's classic Mac OS system has been made into a web version: it can be used for free
Hot news this week
The developer of the dating app Tinder has reached an agreement with Google over billing rules for its app store
Red Elf Lightning erupts in the Himalayas Spectacular Spectacle: Experts Reveal What Exactly Is This?
The founder of the Internet Quick Hand Su Hua was taken away for investigation, and the fast hand responded: the news was not true
Or for Studio Display Pro, the release of Apple's 27-inch Mini LED-backlit Display has been delayed by October
One picture to understand! Blue Factory has issued 3 new machines in a row: self-developed chip blessing, the narrowest lower border
Tencent established a smart technology company in Chengdu, and its business scope includes Internet data services
Or has it been spread insidiously in Communities in Europe and the United States: Should We Be Worried About Monkeypox? Experts demystify
I once touched the ceiling of the mobile phone screen! Well-known brands announced that the new flagship is the first to carry the Snapdragon 8+
Economist credit card monthly bill $11.4! Only paying for a purchase of Tencent Music, the account manager is busy "condolences"
Huawei and the Chinese Academy of Sciences jointly developed the new 3D DRAM solution is expected to break through the key root technology of storage
The most popular news this week
China's PC and tablet market status quo at a glance Demand shrinks! Huawei, glory is eye-catching
Chinese director short film Cannes won the award: the cost of 5,000 yuan took 10 days to make the work super high reputation
Two new characters! Original Gods version 2.7 pre-download has been enabled
The 780 billion "oil leader" CNOOC rose and fell in the intraday, and the stock price hit a new high since its listing
The largest acquisition case in the history of 400 billion chips Chen Fuyang and Dell only used to meet
Visual China responded to 8 yuan Audi photo questioning: 1500 yuan for sale, the original author only received 2 yuan
Musk: The U.S. recession "is actually a good thing"
Online literature lost 6.2 billion yuan due to piracy last year? 522 online writers signed a petition against piracy
Baidu opened up nearly 15% and Alibaba opened up more than 12% in Hong Kong
Game cards sell crazy and make a lot of money! NV's fiscal first quarter revenue increased 46% year-over-year