Amd game Architect: light chasing behind is a temporary a card, the future can be expected!

On October 29 this year, amd released a new generation of Rx 6000 Series graphics cards, which caused a great stir in DIY circle,The new graphics card not only makes a-card performance catch up with NVIDIA overnight, but also adds support for real-time tracking. On that day, amd officially announced its return to the high-end game video card market.

On December 11, pconline was also lucky to participate in an online exclusive interview with Frank Azor, AMD's chief game architect. During the exchange, we also learned about AMD's plans and expectations for the new graphics card. The details of the interview are as follows. 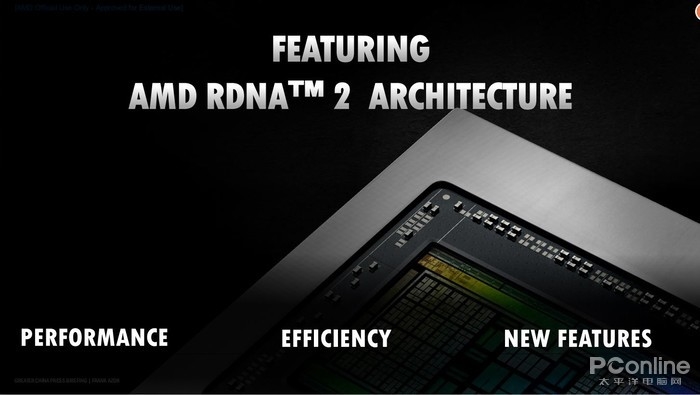 The rdna2 architecture adopted by RX 6000 series is worthy of great attention. The performance of the new graphics card has been greatly improved by using the same technology of the previous generation. All the gains come from this rdna2 architecture. 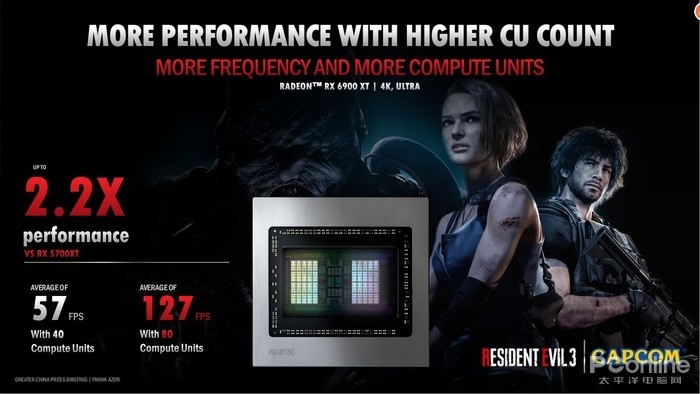 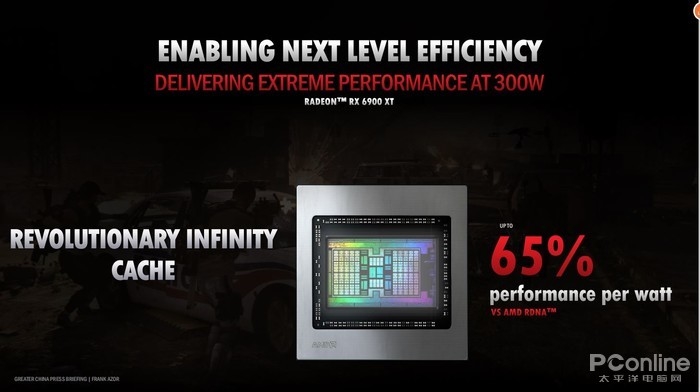 However, we have to admit that NVIDIA also leads the trend of real-time ray tracing in terms of visual effects. If this technology is not supported by a card, it will be in a bad position in both marketing promotion and actual experience. 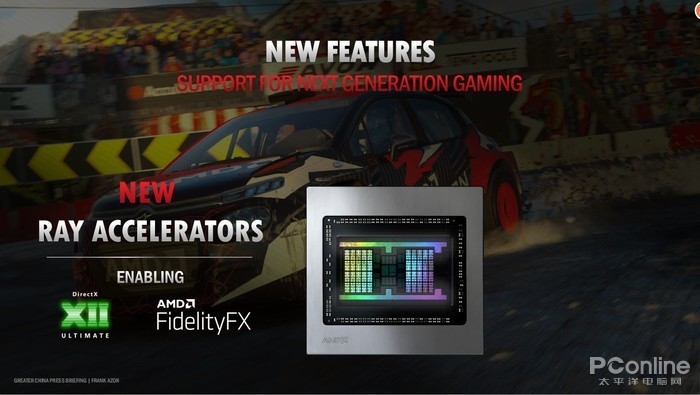 The RX 6000 graphics card based on AMD rdna2 architecture adds a high-performance, fixed function light acceleration engine for each computing unit. After optimization, DXR technology is used to provide real-time lighting, shadow and reflection authenticity. When used with AMD fidelity FX, which supports mixed rendering, developers can also combine rasterization with ray tracing to achieve a better combination of image quality and performance. 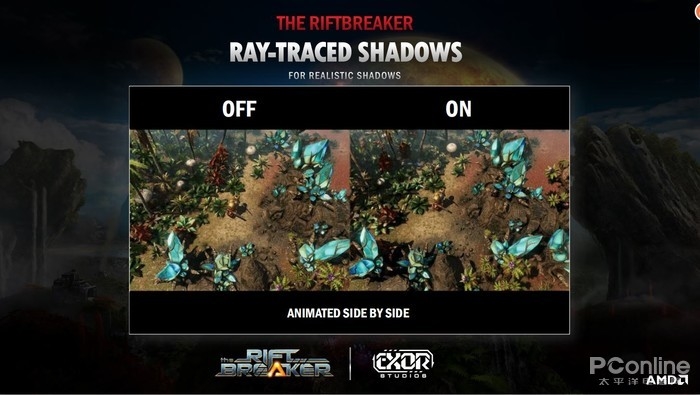 Real time light chasing nature needless to say, by simulating the path of light irradiation in reality, the game screen can be more realistic. 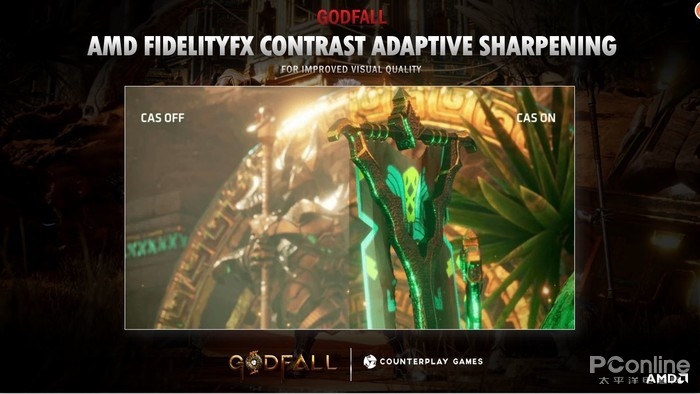 In my opinion, it is important that AMD's technologies for improving visual effects are open-source, and both a and N cards can be used, which means that these technologies can be applied to more games. What's more, these technologies will not affect the number of game frames, and players can open them without any scruple. 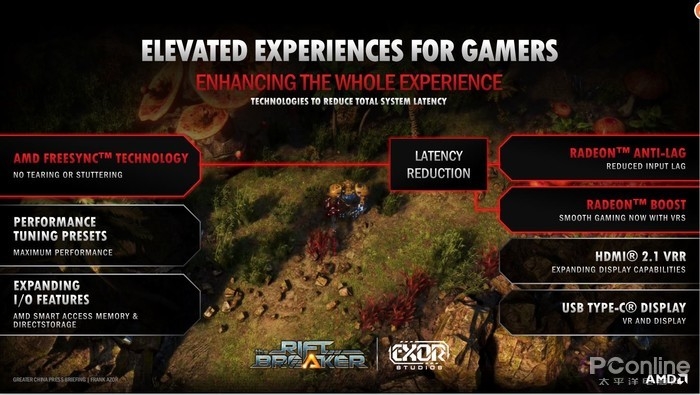 In the exclusive interview, Frank Azor explained the above three aspects, we also prepared many questions about the new graphics card, and frank Azor patiently answered them for us. 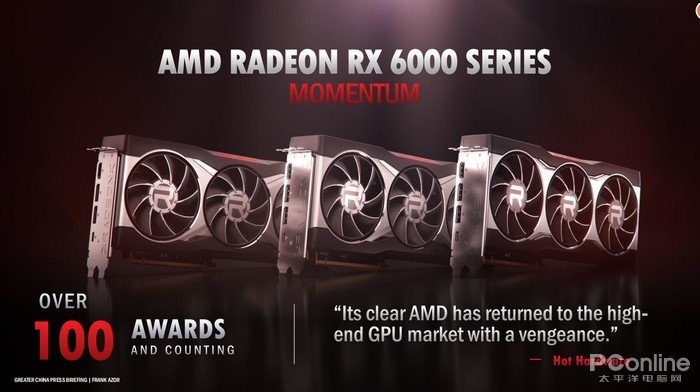 When asked whether the optical performance of the new generation a card will be optimized in the future, Frank said: part of the optical performance of the graphics card depends on the hardware, and a large part depends on the software to hardware optimization. With the popularity of ps5 and new Xbox using the same family and same origin technology as rdna2 architecture, we look forward toThe performance of new graphics card will be improved in the future. 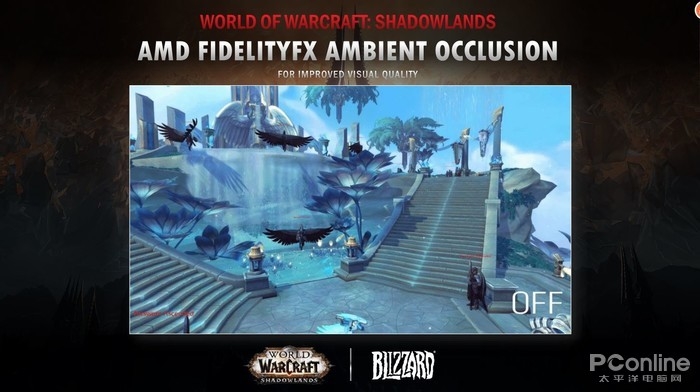 Frank also stressed that AMD has spent a lot of energy on the development and design of Rx 6000 Series graphics cards. For example, the 16 phase power supply is designed on the graphics card, which can achieve very high energy efficiency, clean voltage draw and 14 layer high-quality PCB board.

In addition, the cooling aspect also has the very outstanding design, guaranteed the entire system power consumption level, simultaneously guaranteed the movement time quiet state. In the cooling flow direction to achieve accurate guidance, to ensure that hot air can be timely dispersed from the CPU, GPU, memory, voltage regulation and other places to the fan behind the edge. 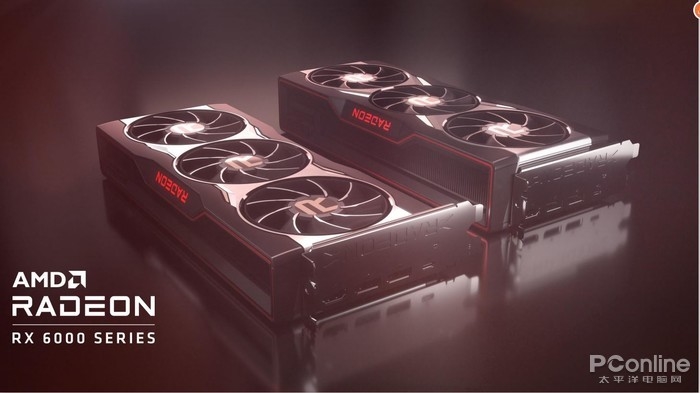 On the one hand, we are satisfied with the new technology of AMD;

On the other hand, we can also see that AMD is optimistic that the current RX 6000 Series graphics card is not complete, but will become stronger and stronger,Amd believes that the current light chase games are all optimized for RTX graphics cards. The current a-card ratio is still normal in the race track set by NVIDIA. However, with the emergence of ps5 and Xbox, which are also rdna2 architecture, the new optical chase games will definitely consider the optimization of rdna2 architecture, which has to be said to be a big game.

Speaking of the future, AMD is really professional in this respect.

Down to earth, looking forward to the future, AMD, an ambitious company, wants to subvert the GPU industry this time. From the perspective of Rx 6000 Series graphics card and AMD's step-by-step plan, amd has this ability and potential. Can amd replicate the success of sharp dragon? Let's wait and see.