Many people still remember that black-and-white TV used to be used for more than ten years as a child, and its service life is very long. Nowadays, TV and other electrical appliances are going to be eliminated in three or five years, which inevitably makes people feel that the current high-tech is useless. However, this problem has been solved with the release of a new generation of smart screens by Huawei. Huawei's smart screen s series is said to be timeless in ten years. 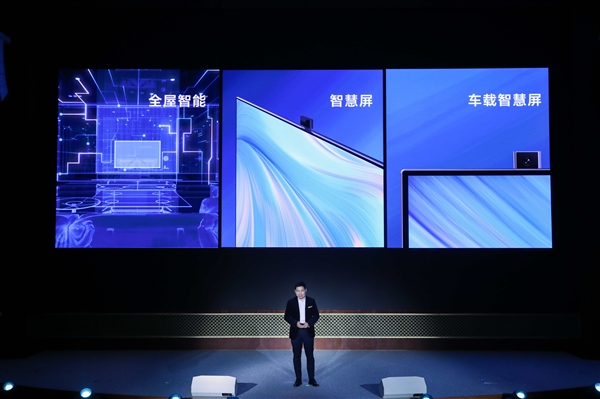 The plan started in Hongmeng: how can Huawei keep up with the times in ten years?

Yu Chengdong of Huawei has proposed the goal of ten years, which is the first in the industry to eat crabs, which is in line with Huawei's bold and avant-garde style. The basis for achieving this is based on the common innovation of Hongmeng OS, that is, Huawei will continuously upgrade and expand the functions and performance of smart screen products, instead of using them for ten years.

All this depends on Hongmeng OS system.

At the HDC Huawei developer conference in 2019, Huawei officially launched the Hongmeng OS system. Different from the existing windows, Linux, Android and IOS on the market, Hongmeng OS has a higher starting point, and can discard those redundant codes and face the future.

Hongmeng is a full scene distributed OS System Based on micro kernel, which has the advantages of distributed architecture, natural fluency, kernel security and ecological sharing. In particular, it realizes modularized decoupling, flexible deployment for different platforms, flexible adaptation to the whole scene and rich terminal form. This is the first time that the distributed architecture has been used in the field of terminal OS, realizing seamless collaborative experience across terminals. 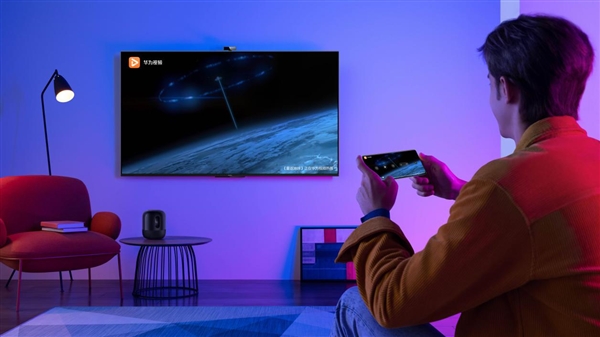 Distributed technology can be said to be the core function of Hongmeng OS, which enables intelligent interconnection of devices of different platforms and systems. Many people have actually experienced the application of this technology. For example, Huawei's matebook notebook and mobile phone support multi screen collaboration, which is actually the representative of distributed computing, can control Android phones on Windows PC.

With the distributed capability of Hongmeng OS, the smart screen has been well understood for a decade. Its several common functions, including IOT control, intelligent interaction, cross screen experience, video and audio entertainment, can be used and updated at any time. With the addition of new devices, the user experience will be continuously improved.

The first product that Huawei often adopts the Changxin concept is the smart screen s series, which is a new member of Huawei's smart screen family. There are six models in 55, 65 and 75 sizes. It is mainly aimed at contemporary young people, with high cost performance and rich games, video and entertainment. 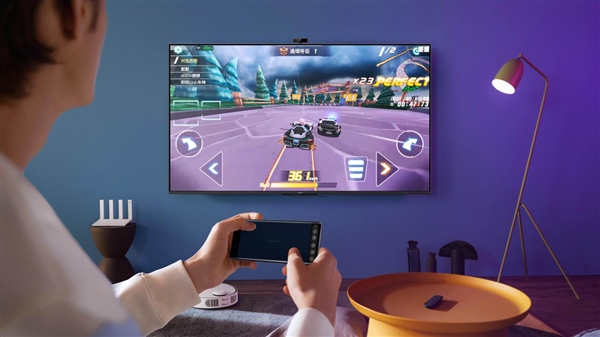 In addition, the smart screen s series also supports distributed games and smart screen karaoke this time. The former can turn the mobile phone into a handle to play various popular games, and even racing games can call the touch screen, gravity sensor and gyroscope of the mobile phone through Hongmeng OS.

The same is true for karaoke. You can scan the code and order songs, voice search songs, duet chorus, teaching mode and other functions at home. On weekends, the whole family can sing and sing together, which is very enjoyable.

In terms of video entertainment, the smart screen s series not only has excellent picture quality and sound, but also brings highly interactive distributed games and karaoke functions. Moreover, Huawei and its partners also provide millions of high-quality film and television, education and fitness resources, which ordinary people can't watch for ten years.

As we all know, Huawei has a full scene smart strategy, in which smart screen is not only entertainment but also the control center of IOT equipment in the whole house. This time, even the sound system of smart screen s series is distributed. It adopts 4 * 10W speaker unit scheme, including two 10W full frequency speakers and two 10W full range speakers High frequency speaker, with Huawei's patented horn speaker design, both music and movie effects are very hi fi. 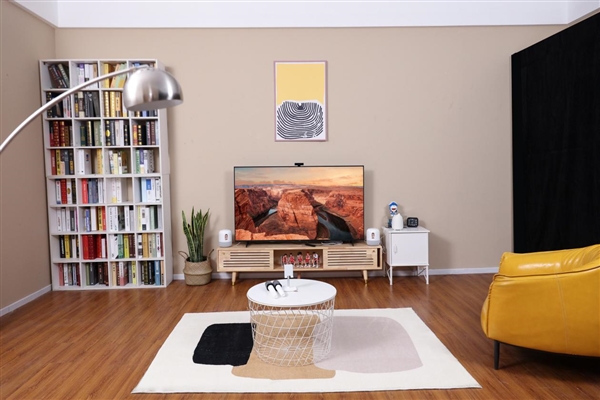 In addition to its own sound, the smart screen s series also supports smart speakers. They can form a distributed sound system together and support a variety of flexible collocation schemes. Up to two smart speakers can be used to achieve stereo coverage in the whole house.

In addition, the smart screen s series also supports Huawei's hilink protocol. Smart home products produced by other companies, such as purifiers, air conditioners, refrigerators, home robots, etc., can be connected to the smart screen through this protocol, and the intelligent equipment of the whole house can be controlled on it.

Huawei's hilink protocol has been supported by a large number of domestic and foreign manufacturers. In the future, it can be controlled through smart screen S-Series connection. New products appearing in the past decade are no exception.

Like other smart screens, the smart screen s series is also equipped with an AI camera, which gives it the ability to sense and record. It can be used as a monitoring recorder at home. It also supports distributed capabilities. When traveling on business or traveling outside, it can be used to remotely observe the situation at home, especially for families with old people and children.

In addition, the smart screen s series also supports multi-party video call, and four person video call is not a problem. There are even 1080p HD connected calls, which can call smart screen and smart screen by mobile phone, as well as mobile phone and tablet. The larger screen calls have more sense of scene.

Cross screen experience is not out of date: one touch screen, mobile phone into remote control, intelligent doorbell

The whole process is not only simple and fast, but also can achieve low delay without jamming. When playing games, it can realize the real-time flow of 60 frames / second, and even can achieve the dual mobile phone screen projection, so that two people can play games together at home, such as king glory, QQ flying car, etc. 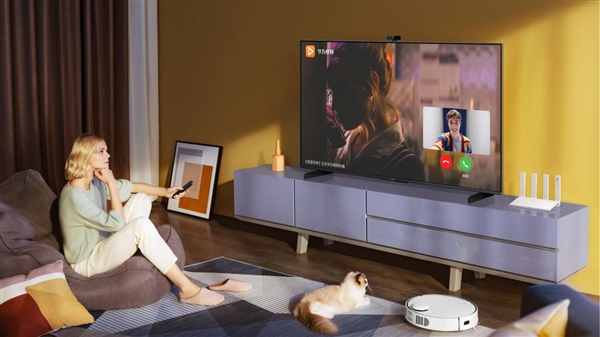 Similarly, the mobile phone can also become a remote control of smart screen through distributed technology, which is easier to operate than the remote control. Parents can also choose their favorite programs to watch when they sit on the sofa.

This cross screen capability of Huawei's smart screen s series will be extended to more products in the future, such as the smart doorbell. After upgrading, the doorbell can be connected so that reminders or voice conversations can be seen without running to the door.

For smart screen s series and Hongmeng distributed capability, there are many functions in this upgrade, which can not be mentioned one by one due to the space limitation. The experience change brought by it has been ahead of other large screen products.

If you include the early CRT, the TV industry has been developing for 60 or 70 years. It is very old in the technology industry, but its experience has been upgraded for several generations. In the early stage, it can only receive signals from TV stations. In the past decade, Internet TV has become popular. The latest one is the smart screen led by Huawei, which can be said to be the 3.0 era of TV industry. 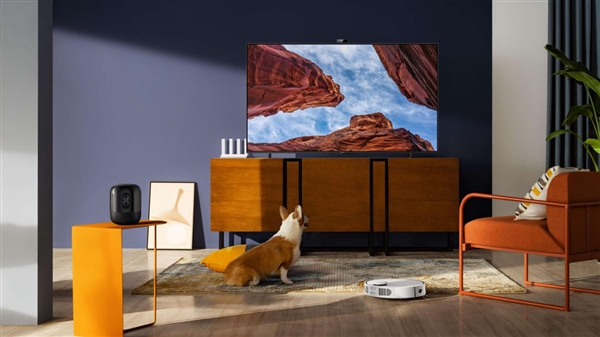 Related news
Huawei Yu Chengdong: Hongmeng OS is not catching up with world level, but leading level
What does Hongmeng OS, which is not used for smart phones, mean for Huawei?
One of the biggest highlights of HDC 2020: Huawei Hongmeng OS
Huawei Hongmeng OS 2.0 released: Hongmeng mobile phone will be launched as soon as December, emui 11 will be upgraded first
Hongmeng OS 2.0 will release its mobile phone version by the end of the year, and Huawei's mobile phone will be fully upgraded next year
Hongmeng OS changes TV's life and Huawei's smart screen creates "ten years' worth"
Hot news this week
Young people can't change their mobile phones one brother pressure in the channel inventory up to 50 million
Chinese mysterious female rich 560 million buy European luxury homes: the full amount of cash is paid at a time
Criminal gang candid courier list takes the money 8 people to be arrested
Do you make feed after Yi Lord? Zhenghong Technology M & A has mystery
The 560m Chinese woman who bought luxury homes has also been involved in JD.com's investments in Tuniu, Vipshop and Fafa Qi
The goose factory is finally making a move on the metasverse?
With this charging treasure that can legal "stealing electricity", I don’t worry about the mobile phone out of power
Son's bet that ARM's listing will boost SoftBank's stock price?
Huawei Hongmeng has become! Many mobile phone manufacturers will follow up with Hongmeng OS technology
China's first "smart factory" for offshore oil and gas equipment manufacturing has been put into operation
The most popular news this week
Xiaomi invests in the establishment of semiconductor technology companies. Is the pine cones surging chip live?
WeChat Youth Model Upgrade: Introducing the payment limit function
Tencent QQ appeared large-scale theft of the real reason revealed: Internet cafe login WeGame in action
AMD's new generation mobile processor broke the news: 16 -core CPU RTX 3060 level core display
China's first "smart factory" for offshore oil and gas equipment manufacturing goes into operation
More than 2.3 billion wealth management products exploded, and the big game factory suspected to step on the Thunder Wutu Mine Trust
From Toshiba to Sony Japan Semiconductor Corporation, generally facing serious talents in talent shortage
Because of these "two sins", Baoding Bank was fined 750,000! Just fined 800,000 three months ago
Byte buying gear for the metasverse again?
Xiaomi 12T core parameter exposure: Snapdragon 8+, 120Hz AMOLED screen