"Cyberpunk 2077" was officially released after three times of ticket skipping, which instantly won the praise of countless players. Because the game has rich playing methods, it can not only hack into the enemy's system to let the enemy hang up, but also can kill all sides in close combat. There are cars and motorcycles with various performances on the street, and players can also experience a top-notch flying car. All these are inseparable from Xian Familiar keyboard operation, so a specially designed for game players to create a mechanical keyboard is essential. 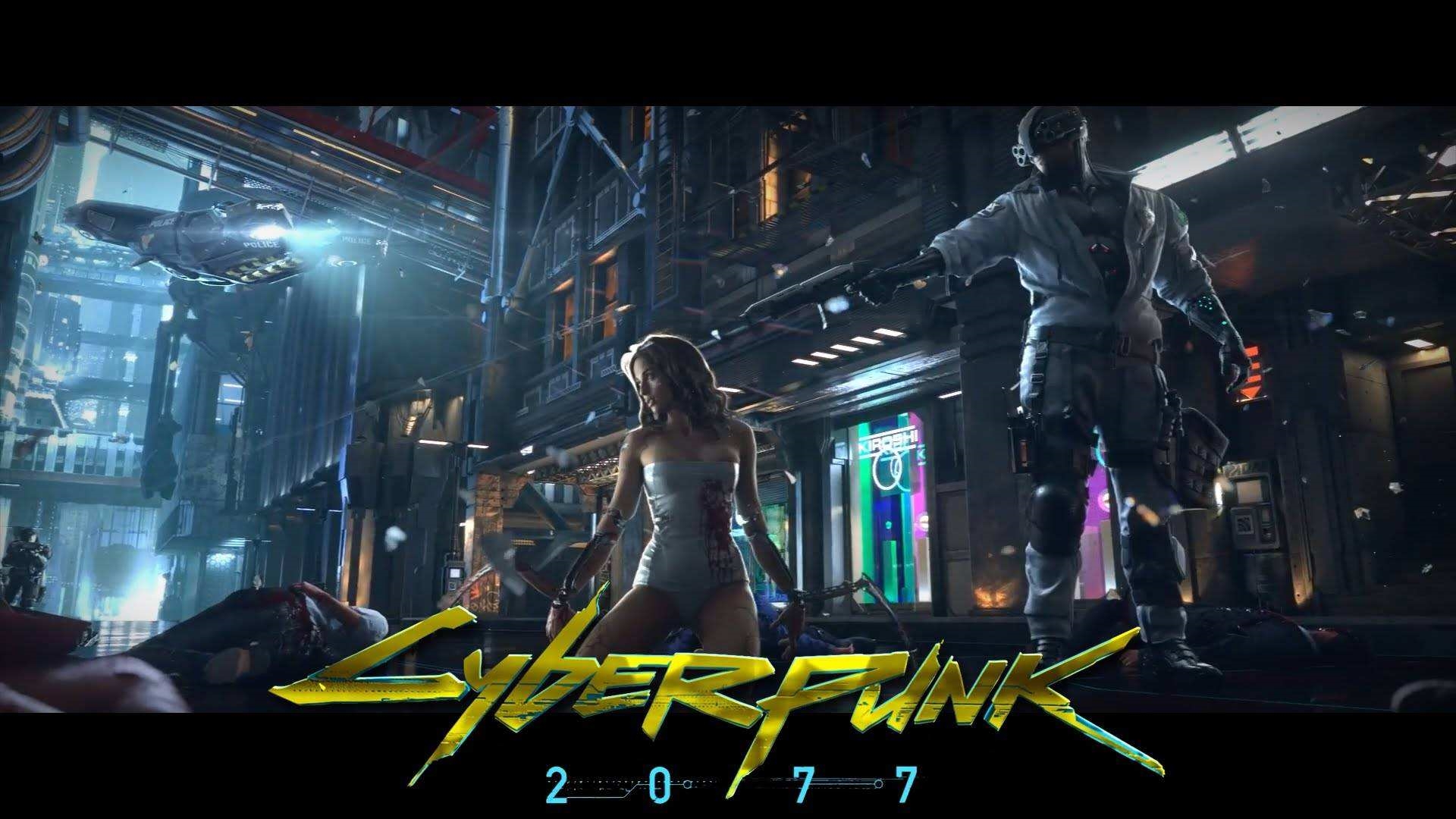 It is more suitable to select 87 key without oblique keyboard 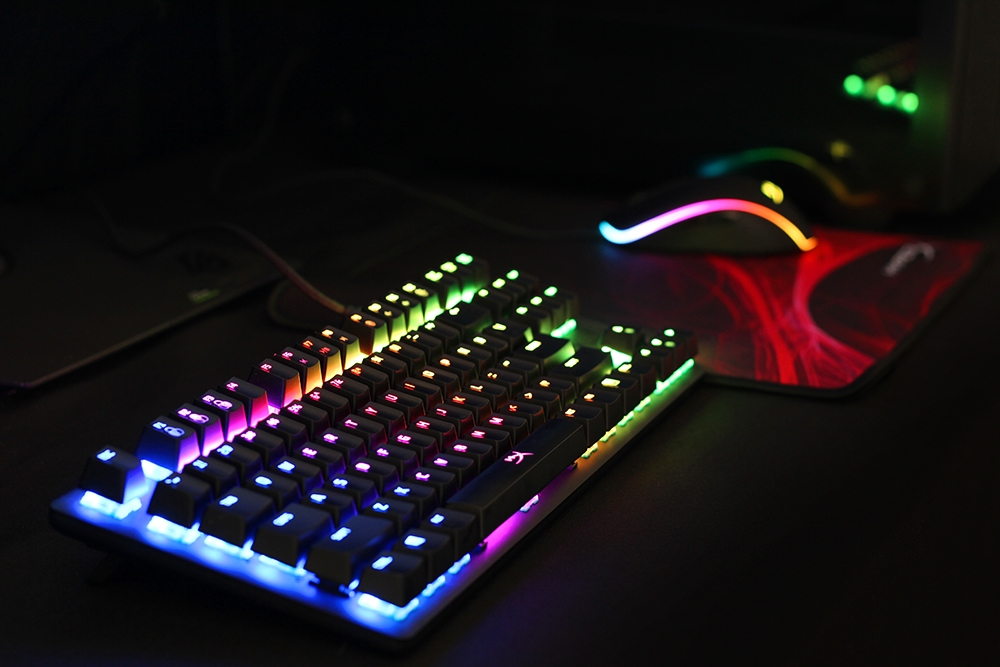 Only from the appearance, hyperx original competitive version of the RGB game mechanical keyboard less numeric keyboards, is indeed a block shorter than 104 keyboard, for mouse control to release a certain space, in the future will no longer have to oblique keyboard or two arms diverged to play games. Of course, if you feel that there is no numeric keypad inconvenient, you can continue to choose the origin keyboard of 104 keys; but if you don't usually use the numeric keypad, then this 87 key product is a good choice. 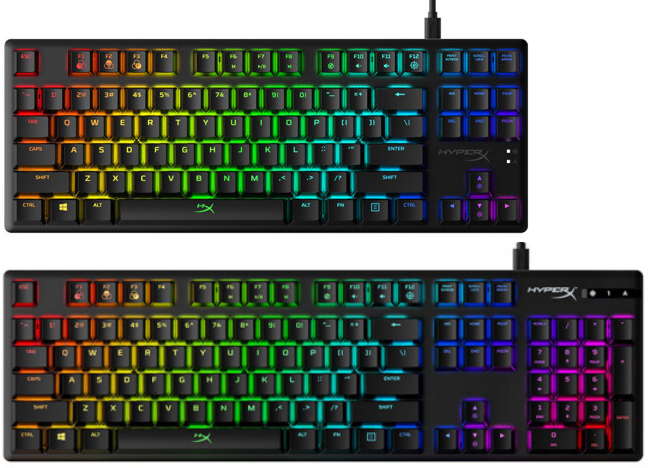 In addition, hyperx origin competitive version of RGB game mechanical keyboard adopts a compact design, and there is no additional independent multimedia shortcut keys. Its body size is only 360x132.5mm. However, despite his petite figure, his first feeling was that he was heavy, because his weight was 900g. We should know that the weight of an ordinary 104 keyboard is about 300-500g, and the weight of an 87 key keyboard is 2-3 ordinary 104 keyboard. It is really surprising. The reason why its weight is heavier than other keyboards is mainly because its whole body is made of aerospace grade aluminum alloy, which is not only strong and durable, but also can lock the table top firmly by self weight in the fierce game control, so as to avoid accidental sliding and misoperation. 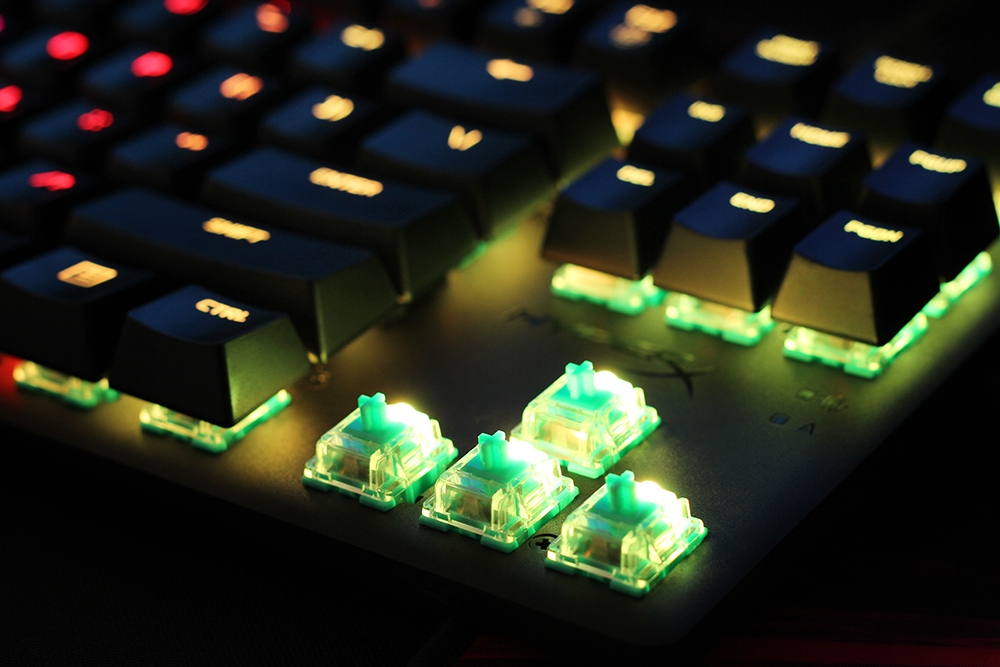 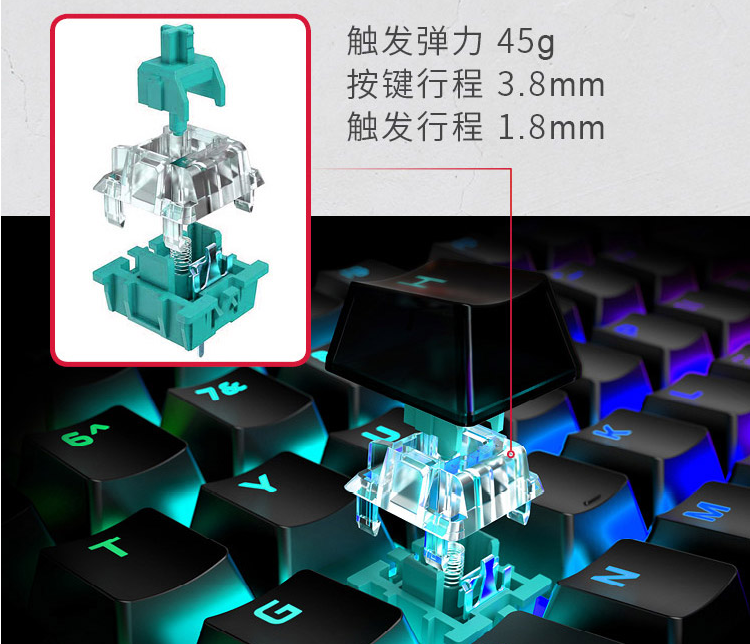 If Steampunk is about history, cyberpunk is about the future. The night city of cyberpunk is a relatively three-dimensional post-modern metropolis. Here, the street features of Japan, Korea, Europe and the United States are skillfully integrated. There are not only the atmosphere of shinzhai bridge and Kabuki Town, but also the tone of times square in New York City. 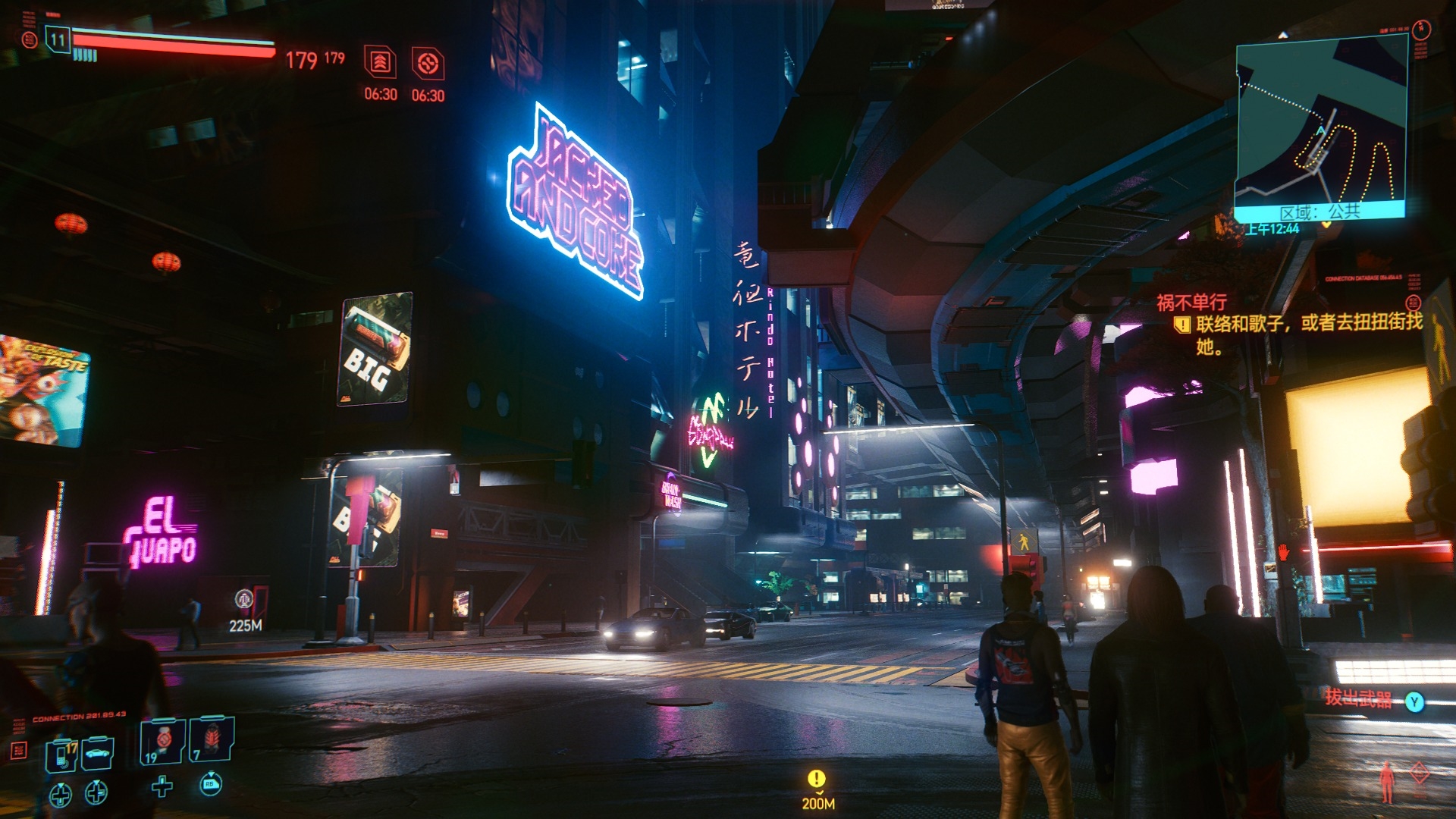 Hyperx origin competitive version of RGB game mechanical keyboard is actually a cyberpunk keyboard, because it has cool RGB dynamic lighting effect, different from other light effect keyboard, it has five brightness levels, the light effect is brighter, the color performance is more gorgeous. Because of its use of exposed led design, with a floating key cap, the light emission is more smooth, even in a well lit environment can also emit more dazzling light effect. Moreover, players can flexibly adjust the lighting effect through hyperx ngenouty professional customization software to create their own lighting effect. In addition, three sets of configuration files can be stored in the keyboard chip according to different scenarios, and different lighting effects can be switched at any time through keyboard shortcut keys to create a suitable game atmosphere. 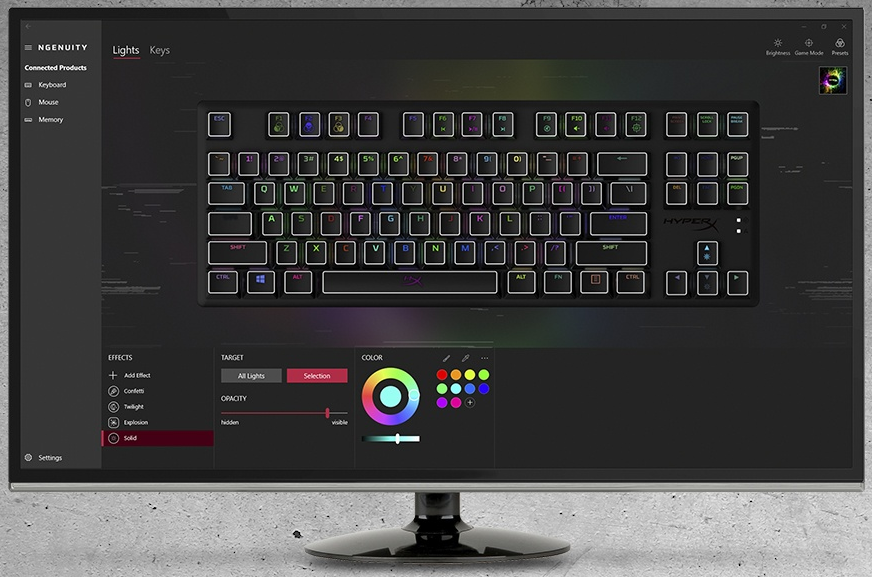 In recent years, more and more players have begun to pay attention to and choose the 87 key game keyboard. On the one hand, it can liberate the desktop space and strive for more control space for the mouse. On the other hand, the numeric keypad does not play a very important role. Even if you need to use it frequently in the future, it will be possible to add a small number keyboard. As for the game, pure, cool, natural and more refreshing! Therefore, the 87 key hyperx origin competitive version of RGB game mechanical keyboard is worth considering!