Although the host version of cyberpunk 2077 has caused a lot of controversy, it is still the most successful PC game in history this year, with more than 13 million copies sold in the first ten days. Game fire, malware also targeted, now online "cyberpunk 2077" mobile version is actually blackmail software.

"Cyberpunk 2077" is now mainly released on PC and host platforms. The mobile version may come out in the future, but the official has not yet announced it, which gives swindlers an opportunity to take advantage of. Recently, various mobile versions of "cyberpunk 2077" have been downloaded from the Internet.

However, this is not a real game, but blackmail software, even the download page is high imitation of the play store, which is very confusing.

This software is a variant of blackkingdom, another blackmail software discovered at the beginning of the year. It is specially disguised as a game to attract Internet users to download.

Once successful, the app will infect the user's mobile phone / tablet and encrypt the content of the device,It also uses a hardware coded key, which requires a decryptor to decrypt, so it's cumbersome to recover the file unless the user pays $500 worth of bitcoin.

This software is very ruthless. It only gives users 10 hours of time. If they don't pay, the consequences will be serious. In particular, many people's mobile phones now store important information, including SMS, photos, videos and so on. 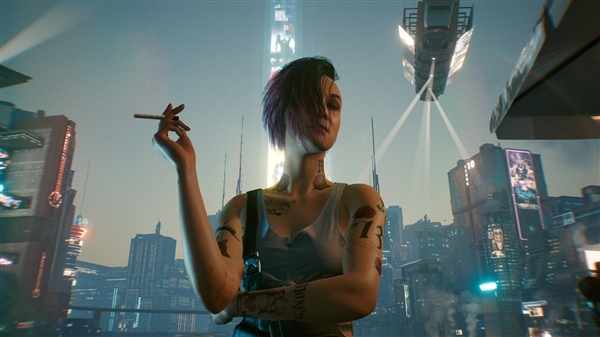 Related news
Developers say: after Baba is you became popular, how to play new games calmly?
"Cyberpunk 2077" in action? Be careful. It's blackmail software
Is cyberpunk 2077 a mobile version? Don't blackmail $500 bitcoin
Hot news this week
With over 17 million number carrying users and 99% success rate in one hour, is it the best time to handle it?
Users complain that Microsoft win10 update has big problems: unable to install, performance retrogression, system crash
Micro envelope banned vibrato link was prosecuted by users: Tencent tiktok to Shenzhen intermediate court
Xiaopeng auto executives: are considering the development of automatic driving chip to maintain a competitive advantage
Linux foundation establishes research department to expand insight into open source projects and ecosystems
The first day of Tucson's future IPO in the United States: it fell nearly 20% in the session and ended flat
The former executive was sentenced to 12 million compensation after hopping Tencent from iFLYTEK: the party has appealed
Station B: network video users will break through 1.2 billion video platform and become a new portal of Internet
Qualcomm qcc5141 helps create a top wireless listening experience with the new cleer ally plus II true wireless noise reduction headset
The news said that Apple solved the new iPad Pro supply: the domestic synchronous launch, the strongest in history
The most popular news this week
What's the situation of domestic autopilot? I compared Huawei Dajiang, Tesla, Baidu and other companies
Huawei will launch three folding screen phones in the second half of the year
Sony picturesque series 4K OLED smart TV a90j evaluation
Xiaomi brand new appearance design patent exposure! Fuselage no entity button: Lightning rear camera eye catching
"My world" mosaic into a realistic blockbuster, NVIDIA and black Technology
Is the neck of China's industrial Internet stuck?
Standing on the roof of Tesla, he was arrested for 5 days! Family members of female car owners: keep fighting
Tesla auto show rights owners apologise: shouting Tesla will not compromise
Charge once, cool for one year: Youku gold membership card 50% off, only 99 yuan
U.S. officials issued a search warrant to Tesla to obtain the accident data! Musk's response