In the past week, the U.S. government has implemented a large-scale amendment to the UAV act, which may have a huge impact on the privacy of individual users.According to the new law, almost every UAV and its operator in the US airspace must broadcast their position to deal with issues related to airspace security, national security and law enforcement. 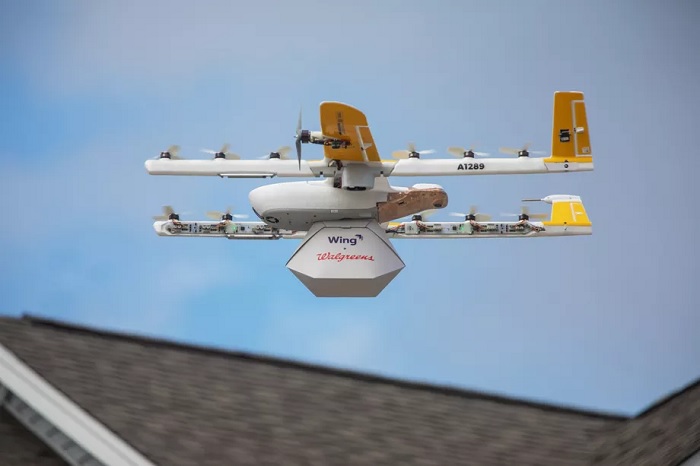 Now it seems that wing, the UAV delivery company of Google's parent company alphabet, has expressed a rather dissatisfied attitude towards the new rules.

In an article entitled "broadcast identification of UAVs or unintended consequences for consumers", the project wing team believes that:

The new rules may allow observers to track consumers' location, actions and intentions, as well as privacy such as residence, delivery time and location.

The community will not accept that the ground vehicles or rental vehicles delivered to them are subject to such surveillance. The same is true when they are put in the air. 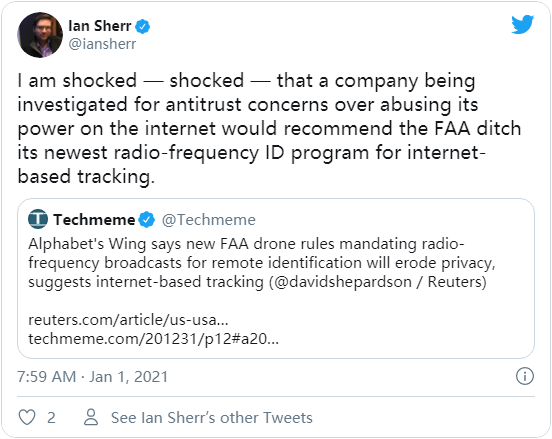 Interestingly, when the remote ID rule was first proposed in December 2019, the US Federal Aviation Administration (FAA) intended to enable Internet based UAV tracking.

But because later received fromComments from commentators, which talked about the possible problems of Internet-based tracking, and finally chose to give up.

For example, first of all, the UAV needs to be equipped with the communication module of cellular mobile network;

People need to pay the monthly rent of data traffic for each UAV;

Need to pay the cost of tracking and storing data to third-party agents;

As well as the possibility of DDoS attacks on data broker networks and UAVs.