Where does Huawei go when it doesn't build complete vehicles and parts? 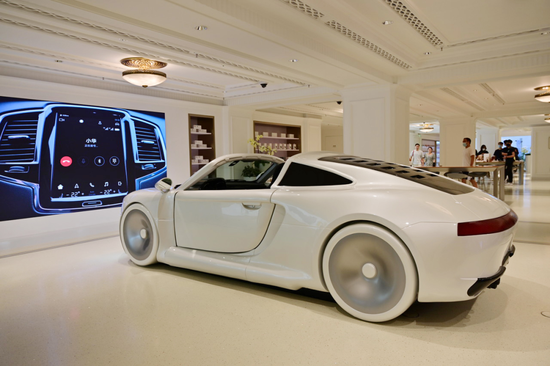 Original title: where does Huawei drive?

In May 2019, Huawei's organization underwent a major change. Ren Zhengfei issued a document approving the establishment of Bu, a solution for intelligent vehicles. 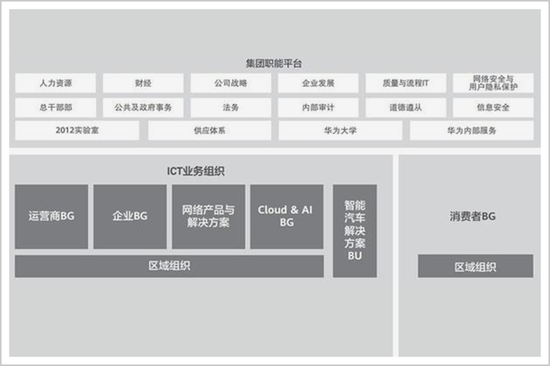 Organization chart of Huawei in February 2020

Since Huawei set up Bu, a smart car solution, rumors about Huawei's car manufacturing have been heard all the time.

As soon as the news came out, the stock prices of Chang'an Automobile and Qiming Information Co., Ltd., which cooperated with Huawei, rose in a straight line, and touched the trading limit before the closing of the morning market of the same day. On the other side of the news, two companies engaged in intelligent cockpit, Desai Xiwei and Zhongke Chuangda, both plummeted. 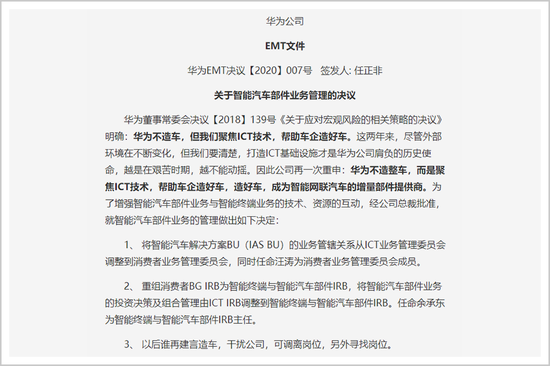 The mobile phone has become a necessary stepping stone to the market. Huawei has to stick to its head and set up the mobile phone business unit in July 2003.

So, either way, in fact, the mobile phone business didn't make money at that time.

After three years of precipitation, in 2011, Huawei mobile began to usher in a new starting point relying on k3v2.

Looking back on this period of history, we will find that, unlike the dilemma of not being able to sell base stations without making mobile phones, Huawei now has strategic cooperation with more than 20 auto companies, such as BYD, Changan and Volvo, so there is no need for Huawei to set foot in complete vehicles.

Back to the topic of Huawei's car making, since Apple announced the launch of Carplay in 2014, Google, NVIDIA, AMD, Qualcomm and many other companies have released smart car solutions before 2018.

Among them, the discussion about Apple's car making is the hottest, and it is rumored that Apple will enter the whole vehicle manufacturing. However, from the perspective of iPhone manufacturing mode, Apple will only be involved in the core areas of automobile, such as chips, automatic driving and car engine system, while most of the hardware may be realized through the mode of purchasing and OEM.

It is worth noting that apple and Huawei have their own advantages. Huawei's strength lies in the 5g related car Internet, while Apple has more advantages in car applications relying on the huge ecology behind the iPhone.

Therefore, if both companies enter the auto market, Huawei's model will be more like Google and Qualcomm's, while Apple will continue the iPhone OEM.

According to the information circulating outside at present, Huawei is actually aiming at Bosch, which has the global Tier1 status. 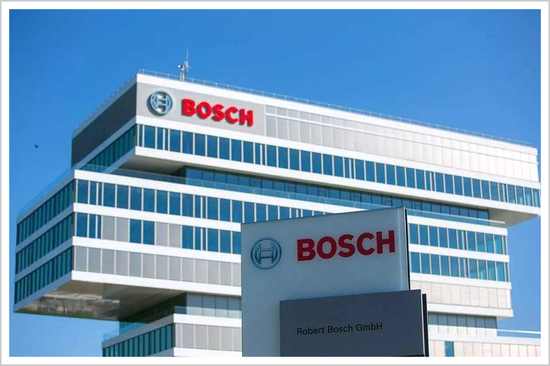 Tier1 means a first-class supplier, which is a source technology company that supplies directly to vehicle manufacturers.

For example, most of the current automobile enterprises are only responsible for automobile manufacturing, and then use the purchased power system and electronic system to form a complete automobile.

Tier1 is the company that provides chip, circuit and power system support for these auto companies.

The analysis report of CITIC Securities team points out that the Tier1 system integration market in the automotive electronics industry chain is currently in an International Oligopoly pattern, and the top ten automotive electronics suppliers in the world have a market share of 70%. In the Chinese market, Bosch is also a dominant company.

According to Huawei's own statement, Huawei's existing hardware platform is enough to support L4 (fully automatic driving) level automatic driving. Only based on the style of low-key work, this news was not officially made public until the Shanghai auto show in 2019.

According to a Huawei employee in charge of explanation, this product has realized the deep integration of mechanical components and power components. In other words, if an automobile manufacturer wants to cooperate with Huawei, the power system doesn't even need to be debugged by itself, and it can be used directly after buying it.

This makes the automobile enterprises cooperating with Huawei to make a car like building blocks, which not only greatly reduces the threshold of making a car, but also greatly shortens the R & D cycle of the car because it does not need debugging.

Since Huawei can build complete vehicles, why didn't it?

The answer to this question may be found in the history of Samsung.

People who know Samsung should also know that Samsung is a diversified world-class technology enterprise. Samsung not only made mobile phones, but also set foot in automobile manufacturing in 1994.

Samsung's original intention is to integrate its existing businesses through its auto business to form a joint force. But because Samsung chairman Li Jianxi at that time seriously underestimated the difficulty of automobile manufacturing and the amount of investment, Samsung automobile, which was not mature at the beginning, lost money year after year. 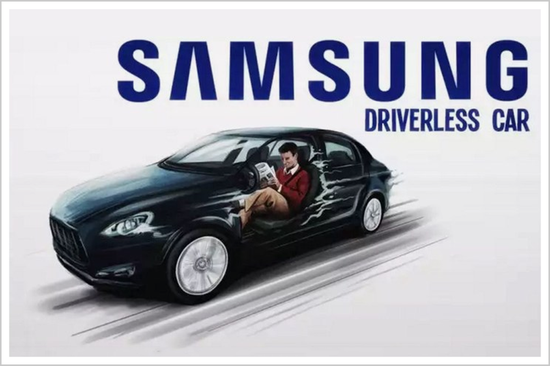 If the market had developed normally, Samsung would have been able to support the early losses of its auto business. However, in 1998, Samsung had encountered the Asian financial crisis, and even its many high-quality asset businesses were short of funds.

In order to save the industry that can quickly recover its blood, Samsung decided to abandon the car and start to sell off a large number of non core assets. In this context, Samsung, which just launched its first product in December 1998, was also listed for sale, and sold it to Renault for $512 million in 2000.

Based on the economic uncertainty, in 2020, many listed companies sold their stocks for cash out, and Huawei also sold glory in November 2020 in exchange for more liquidity to ensure the continuous promotion of key business.

In April 2019, Huawei once said at the Shanghai international auto show that 70% of the future automobile value will not be made up of the traditional body and chassis, but the software of automatic driving, as well as the technology of calculation and connection.

A data related to this fact is that Bosch, as the benchmarking company of Huawei's car manufacturing, has an auto business revenue of 77.72 billion euros in 2019. This figure has completely surpassed the international famous luxury car brand Audi's revenue of 55.68 billion euro in fiscal year 2019.

This may be the reason why Huawei did not choose to build a complete vehicle.

4. Changes brought by Huawei to the market 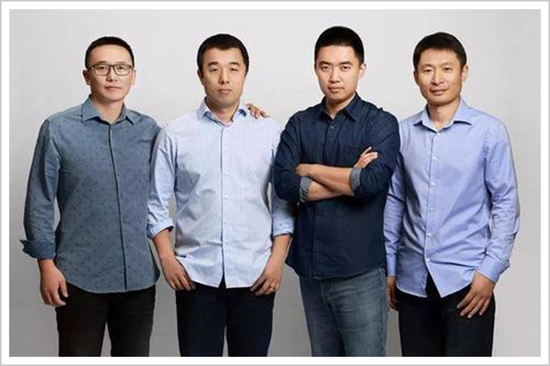 The rapid development of smart phones stems from the high division of labor in the mobile phone industry.

On November 5, 2007, led by Google, many manufacturers, such as Qualcomm, Texas Instruments, Samsung, Motorola and LG, established an open mobile phone alliance. This alliance only does one thing, that is to use the global division of labor to standardize the components of mobile phones.

Google is responsible for the Android system and ecological construction, Texas Instruments, MediaTek and Qualcomm are responsible for the processor of smart phones, while Samsung and Sony, which occupy South Korea and Japan, undertake some hardware dividends brought by the development of mobile phones. 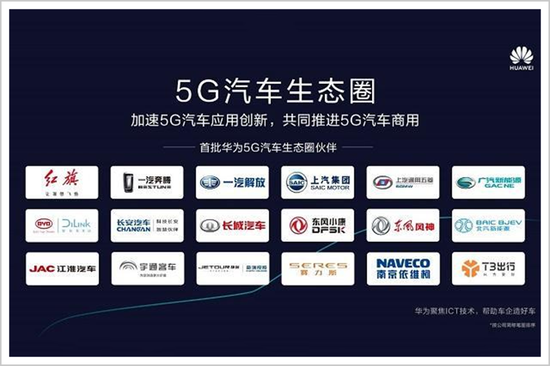 Based on the division of labor in the mobile phone industry, in the next few years, the intelligent automobile industry will probably completely rewrite the existing automobile manufacturing mode. The upstream and downstream manufacturers of the industrial chain will be rapidly stratified, and will usher in a small prosperity due to the reduction of the threshold of car manufacturing.

Nowadays, automobile manufacturers still need to purchase different equipment from different upstream enterprises, which requires automobile enterprises to do a lot of adaptation work, so the cycle of designing a car is often relatively long. However, in the future, auto companies may only need to do a good job in the appearance and chassis of the car, while the electronic system, power system and networking system of the whole car may be directly supplied by Tier1 companies.

At the moment when Tier1 is monopolized by foreign companies, many auto practitioners have high expectations for Huawei.

As for the monopoly of automobile upstream, one practitioner shared his own experience:

Because of the lack of Tier1 enterprises in China, many upstream companies need to find Bosch and other companies for certification before they make any special chips for automobiles. If they do not complete the certification, no one will dare to use them.

It's not that the chip is not good. It's that when the car is manufactured, the electronic system on the car is provided by Bosch and other companies. The enterprise doesn't know if there will be any problems after replacing the chip. Based on the fear of accidents, not using is the best choice for the enterprise.

In his view, making Huawei a domestic Tier1 will help to form China's own smart car standards under the national internal circulation strategy, so as to cultivate a number of truly competitive upstream companies around the standards.

At the 12th auto blue book forum, Wang Jun, the person in charge of Huawei smart car, once said that Huawei is developing lidar technology, and the goal is to quickly develop 100 line lidar in a short time. In the future, we plan to reduce the cost of lidar to $200 or even $100.

This means that Huawei, as a new entrant, is likely to affect Bosch's revenue in China and even the world.

However, as a participant in the global change of the smart car industry, both Huawei and Bosch are actually doing business in accordance with the trend. However, with the change of industrial structure, there will inevitably be a bloody battle between the old and new forces. This war is an opportunity for new forces such as Huawei, Qualcomm and NVIDIA, and a challenge for old rivals such as Bosch.

But no matter who sits on the new throne, the storm has come, and the intelligent war is inevitable.

Under the tide of the times, the changes Huawei has brought to the industry may be the suspense of whether it can lead Chinese auto companies to fight in the world after becoming China's Tier1.