More than 81000 British citizens applying for. EU website blocked due to brexit (photo)

Tens of thousands of UK based webmasters are likely to experience major changes after 2021--Under the influence of regulatory changes in brexit, the European Internet domain name registry (Eurid), which administers. EU domain names, announced that it would suspend. EU domain name websites applied by British citizens. 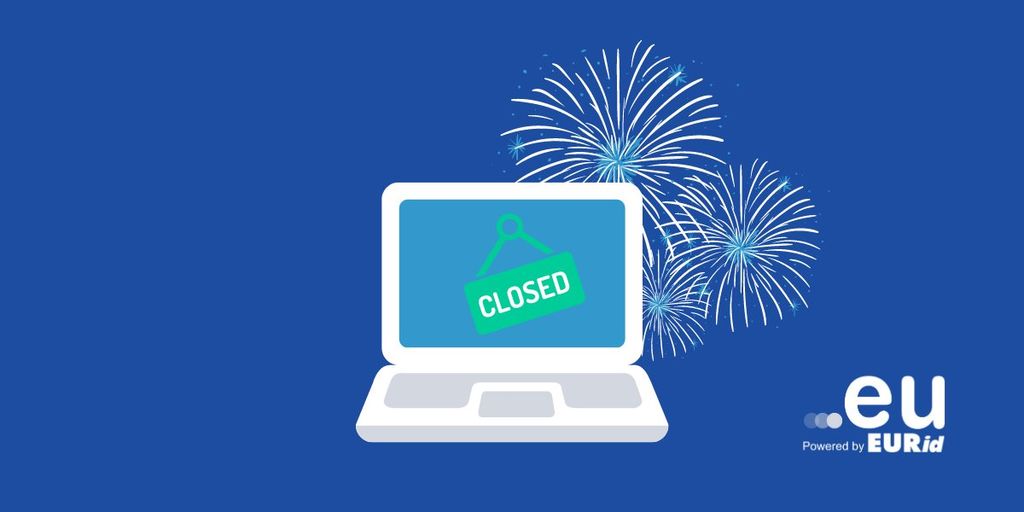 After the resolution is suspended, these. EU websites will not be able to use services such as website or e-mail. In the next three months, the webmaster needs to submit the relevant owner's rights statement to Eurid. This means that webmasters can either update their contact data, transfer the. EU domain name to an EU subsidiary outside the UK, or declare citizenship or residence to EU members.

Eurid said that once the contact data is updated, the domain name will be re enabled - but only in the next few months. For those users who have not proved their qualification after March 31, 2021, their domain names will be revoked. If no action is taken at that time, they will be provided to ordinary users for registration again from January 2022. Eurid said 81000 domain names from 50000 users had been suspended.

Eurid's suspension of uk domain names comes after a series of mixed signals from the European Commission, which decided to guide the registration of. EU domain names. EU regulations currently stipulate that. EU websites can only be assigned to EU citizens - no matter where they live - as well as non EU citizens and organizations established in Member States. In other words, after brexit, the. EU domain names owned by British citizens in the UK suddenly become non EU websites hosted in non EU countries.

Related news
1MORE called apple sony! A real wireless headset is AirPods.
Why does "one more thing" Apple make its own chips?
More than 81000 British citizens applying for. EU website blocked due to brexit (photo)
Hot news this week
Full screen bomb is playing crazy wechat Android version 8.0 beta version comes with download
"Synthetic watermelon" became popular this weekend
Tesla's response to the spontaneous combustion and explosion of Shanghai model 3: preliminary judgment that the accident was caused by the collision under the car
Some users found that wechat 8.0 raised the upper limit of visible number of friends and circle of friends to 10000: wechat Lehua
China's auto chips stopped in Europe and America? Official response
IBM China Research Institute (IBM CRL) has been completely closed
Talk about "explosion"! Android wechat 8.0 internal test experience: is it the same as apple
Does the car Li Zi nucleic acid positive eat to be able to infect? The experts finally understood what they said
Collective rollover of 5nm chips: embarrassment of advanced manufacturing process
The official version of wechat Android 8.0 will be released next week
The most popular news this week
Take out the M1 core apple, this year may let Intel, amd laptop very uncomfortable
Jijia z590 main board collective listing: quadruple surprise, white pick 290 yuan
"Wechat red envelope cover" turned out to be a profiteering business, with some earning 100000 yuan a month secretly
WiFi 6 router that will make Jingdou money! First sale of redmi ax5 tomorrow: 269 yuan
The strongest combination of iPhone XR and A14 core! IPhone se plus rendering exposure
Andy Lau officially entered the tiktok, which is his first social account in the world.
ZTE micro film "go ahead, always in" will be released soon
Sony's most expensive micro order, which sells 48000 yuan, meets your three big wishes for pixels, performance and video at one time
Sony's most powerful flagship Xperia Pro released in one year: the price is as high as 16000 yuan!
Arecibo is gone. Are we going to build Arecibo II on the moon?