When we blame pinduoduo, what are we blaming? 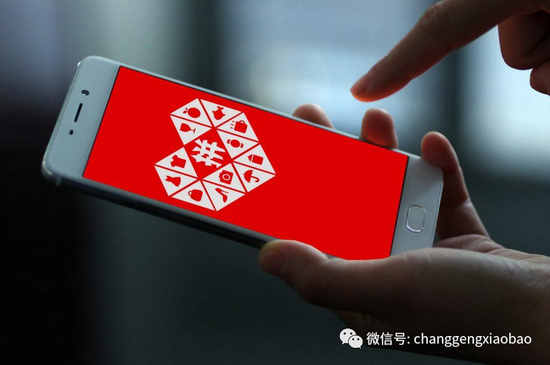 Many years ago, a public relations VP reported his work to the boss at the end of the year. Ppt wrote nearly 100 pages. When he spoke, he introduced to the senior management in detail how many media he sent and how many reports he wrote.

But within two minutes of the beginning, the boss interrupted the topic and asked a soul touching question: you said that there were so many media, but apart from these ppts, why didn't I see these reports in my circle of friends? Does the money we spend really work?

The public relations VP was speechless and soon left.

Once the decision is wrong, the boss can not be wrong, then only the public relations are wrong.

A department that can't quantify workload and spend money can only take boss's satisfaction as the only KPI. More overtime is usually the basic factor to make boss satisfied.

On the evening of January 3, the topic of sudden death of pinduoduo employees working overtime exploded on social media. Pinduoduo made the following reply on Zhihu's official account:

If you look at the people at the bottom, which one is not to exchange life for money? I always don't think it's a problem of capital, but a problem of society. This is an era of struggling with life. You can choose comfortable days, but you have to choose the consequences of comfort.

The reply brought a lot of criticism to pinduoduo.

On January 4, pinduoduo denied the authenticity of the comment. Later, Zhihu said that the pinduoduo account that made the above response was Zhihu registered user, and its true identity was correct. Pinduoduo once again responded that the response was an employee's personal behavior of the outsourcing company. Pinduoduo firmly opposed the employee's comments and apologized for the lax account control.

A day later, the Internet again on the rise of pinduoduo PR Sao operation query.

Some articles directly spell Duoduo with diss, such as "pinduoduo with problems in corporate values, there will be all kinds of problems", "excuse me, pinduoduo's public relations department, you are the monkey invited Toby", and others play the sympathy card, such as "the girl who defends the frontier for pinduoduo, falls in the winter night of - 20 ℃ in the early morning".

On the Internet, since the media V Kwai TSE or questioned many public relations and corporate values, or sympathy for the lost many employees and get the flow of articles, another Internet head company announced that it started the size week system from January 10th. The so-called big week and small week are working six days a week and five days next week. They work in turn and are counted as normal attendance, not overtime.

No one discusses whether the words of pinduoduo outsourcing employees are right or wrong: This is not a capital problem, but a social problem. This problem is too complicated, there is no traffic.

It's not as easy to spell more than diss or show sympathy for the dead.

It's not that there's no need for empathy. In Chang Geng Jun's view, when writing about we media to earn traffic, it's just respect for a person not to give sympathy casually.

On January 5, Xinhua viewpoint wrote a comment with only a few hundred words, entitled: "abnormal overtime must be resolutely curbed.". In my opinion, this is the most warm comment.

In 2018, Li chuanshuai, known as the godfather of rural we media, hired a group of rural women to form a we media operator in a small village in northern Shandong.

They usually create a blockbuster: brush the latest drama, write some relatively simple entertainment content, and then put the article into an original article detection system developed by Li chuanshuai himself. If there is no duplication of content in the system and there is no violation of regulations, the article can enter the background of our media account and pass the 400 It's a network channel that can be transmitted to the wider network world.

In the era of new media, the Centennial tradition of editing and editing accumulated by traditional media has been subverted. Li chuanshuai demonstrated to the outside world that it is not necessary to have a professional background to be a new media. As long as you can operate a simple computer, organize and carry words, you can gallop around the world.

The fact is that the progress of science and technology has greatly accelerated the speed of information dissemination, but people who obtain information through the same channel begin to face cultural separation and increasingly serious binary opposition.

Cultural segmentation and the dualistic opposition bring about the fact that everything on the Internet ignores the complexity of affairs, and understands things in a simple and crude way. The price of housing is too high because the real estate business has created a huge bubble and the airport coffee is too expensive because the coffee shop owners are greedy and the Internet giants are working too much, naturally, because the owners have no morals.

If we simply understand the prevalence of overtime culture in Chinese Internet companies as the greed of business owners and capital, we can take a look at some information from Amazon, an American technology giant

200 years ago, Adam Smith emphasized the complexity of things: for example, the existence of poverty is not due to the lack of resources, the lack of strong desire to help the poor, the lack of high moral sentiment of economists, but the lack of effective social coordination.

Related news
WE ARE BEST RELIABLE AND SUPPLIERS OF PAIN KILLERS WORLDWIDE
Hot news this week
Full screen bomb is playing crazy wechat Android version 8.0 beta version comes with download
"Synthetic watermelon" became popular this weekend
Tesla's response to the spontaneous combustion and explosion of Shanghai model 3: preliminary judgment that the accident was caused by the collision under the car
Some users found that wechat 8.0 raised the upper limit of visible number of friends and circle of friends to 10000: wechat Lehua
China's auto chips stopped in Europe and America? Official response
IBM China Research Institute (IBM CRL) has been completely closed
Talk about "explosion"! Android wechat 8.0 internal test experience: is it the same as apple
Does the car Li Zi nucleic acid positive eat to be able to infect? The experts finally understood what they said
Collective rollover of 5nm chips: embarrassment of advanced manufacturing process
The official version of wechat Android 8.0 will be released next week
The most popular news this week
16 hours long endurance! Lenovo real wireless Bluetooth headset price 59 yuan
More iPhone and other capacity will be transferred from China: India will produce new Apple 12
Take out the M1 core apple, this year may let Intel, amd laptop very uncomfortable
Jijia z590 main board collective listing: quadruple surprise, white pick 290 yuan
"Wechat red envelope cover" turned out to be a profiteering business, with some earning 100000 yuan a month secretly
WiFi 6 router that will make Jingdou money! First sale of redmi ax5 tomorrow: 269 yuan
The strongest combination of iPhone XR and A14 core! IPhone se plus rendering exposure
Andy Lau officially entered the tiktok, which is his first social account in the world.
ZTE micro film "go ahead, always in" will be released soon
Sony's most expensive micro order, which sells 48000 yuan, meets your three big wishes for pixels, performance and video at one time