In such a cold Beijing, some animals also began to warm themselves in groups. At the Beijing Zoo, many monkeys huddle together in groups on the monkey mountain for warmth, and this picture has also attracted netizens.

From the video pictures of netizens, the monkeys shiver and cuddle with each other. Some netizens said it was too pitiful.

In fact, it's not uncommon for an animal newspaper group to keep warm. Not long ago, in the Northeast Tiger Forest Park in Harbin, several Siberian tigers formed a group and fell on the ground to bask in the sun. The aerial angle was like a pile of caterpillars. Some netizens said with a smile: it's like the construction of the Northeast Tiger Group. 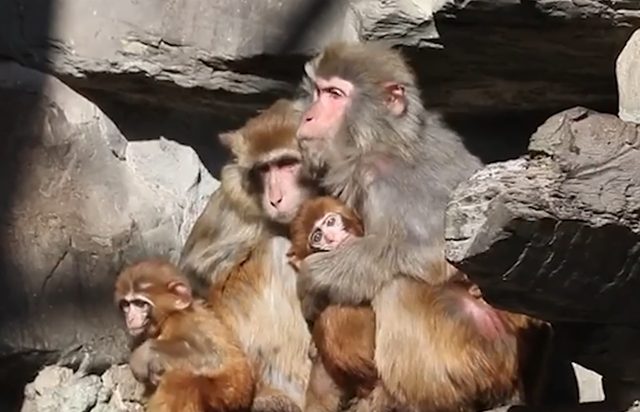