Apple glass is entering the second stage of development, with the goal of light weight and long life (Figure)

According to DIGITIMES, apple glass is about to enter the second stage of development and move towards commercialization.Another goal of the AR glasses is to make them lightweight and energy-saving, the report said.

Many details about Apple glass were revealed in this paid report. After the end of the second phase, Apple's ar glasses will enter the third development phase, which should take place in a few months. This is often referred to as the prototype design phase, after which the engineering verification phase begins.

It is reported that depending on the complexity of the product, the engineering verification period can last up to nine months. Because Apple glass needs to overcome a lot of technical difficulties, it will take some time for it to be officially available to customers. And it is reported that Apple will focus on building a lightweight product with battery efficiency as the guide.

Apple hopes to better control the weight of Apple glass, which can reach the weight of daily glasses, but it will certainly be slightly heavier. Of course, this may not be the only wearable device Apple has been working on. According to previous reports, one of the products is code named n301, and the more fashionable ar glasses code named n421 may be launched in 2023.

There is a small probability that Apple will provide a snapshot of Apple glass later this year, but the finished product is unlikely to be completed within this year. 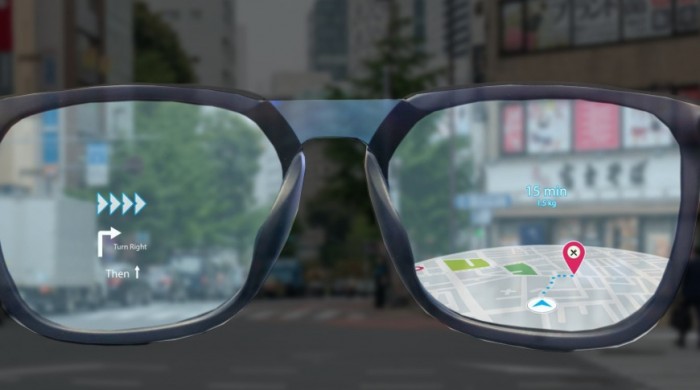 Related news
Apple Watch has been on the market for four years. Do you own it?
Apple announced a new patent for Apple Watch: gesture control, one-handed operation
Apple Watch's new patent, hands-on translation of sign language
Apple Card hands-on video
Apple glass is entering the second stage of development, with the goal of light weight and long life (Figure)
Hot news this week
Yingchi b560 / h510 series motherboard comes with shock!
The first mass production scroll screen mobile phone is set! LG confirms to release this year: or adopt BOE screen
Trumpra black millet! In the last week of his term, he also asked us investors to withdraw their capital before the "double 11"
ASUS launches Rog flow x13, Zephyrus duo 15 Se and Strix scar 15 / 17 playbooks
What is the experience of working in a big factory? Huawei, Alibaba and Baidu employees said so
Raise your hand and pay directly! Huawei smart payment added wechat payment: mate 30 / 40 series can be used
SpaceX's second generation cargo dragon spacecraft has been docked at the international space station for more than one month
Young man engraves characters on 0.15mm hair with naked eyes
New crown super disease found abroad: 18 kinds of mutated virus hidden in a woman's body
Goldman Sachs "touts" Tesla wildly: failure recall of central control does not need to care about reiterating "buy" rating
The most popular news this week
What software should you use to control your hardware? One article takes you to understand Yingchi software
Tesla's first response to the price reduction of model Y: it's not the price reduction, but the domestic version is the first sale
Supply chain news: BYD Electronics will work for glory mobile phone! The output exceeds 50 million sets
Alipay pushes the epidemic through train: it can handle 15 types of epidemic services at one key.
Li Bin: Tesla's price reduction strategy is not suitable for Weilai, and apple is its long-term rival
American health expert: people should adjust their daily habits to cope with the new crown mutation "super virus"
Wechat input method is under development
Amd Ruilong r7-5800g desktop APU exposure: eight core Zen 3 CPU, enhanced Vega core display
Zhang Xiaolong may not have thought that wechat would become what it is today
Tiantong-1 03 successfully launched, China Aerospace ushered in a good start in 2021