Tesla and BBA, there must be a war 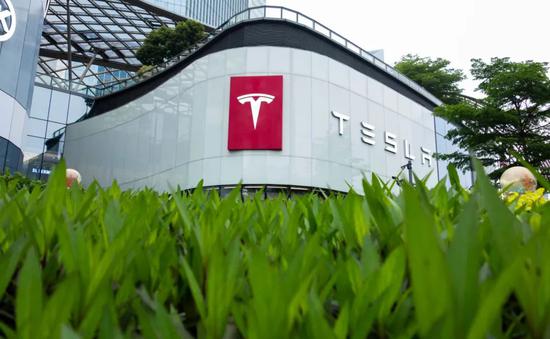 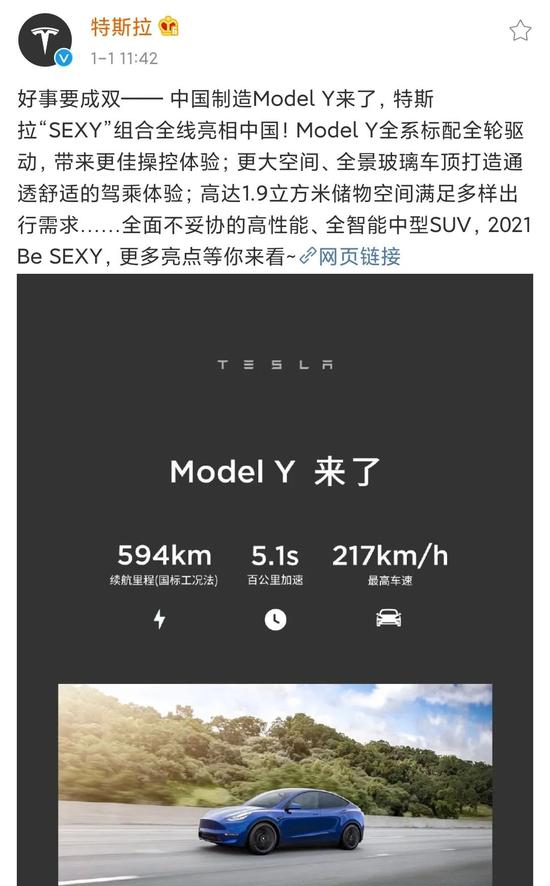 Compared with Xiaopeng's self-confidence, Weilai has been more worried these days.

In the view of the industry, although the price reduction of domestic model y will bring some impact on the domestic new energy market, it is only a short-term impact. In contrast, traditional fuel vehicle brands such as BMW, Mercedes Benz and Audi will be more impacted.

At the same time, in terms of price, endurance, brand power and intelligence, the electric vehicles produced by the brand of fuel vehicles are even more unable to compete with Tesla's domestic model y.

It is conceivable that in the future, Tesla will kill all sides in the traditional fuel vehicle market.

However, Tesla's ambition is more than that.

In the past New Year's holiday, in addition to many 5A scenic spots, Tesla experience center also presents a sea of people.

In fact, this is not Tesla's first price cut on domestic models.

In addition, in terms of maximum speed and endurance, Weilai and Weilai do not have an advantage.

In contrast, model y is a better choice.

In addition to Weilai, the main products are SUV's ideal and Xiaopeng, which are also included in the strike range of domestic model y. But compared with Wei Lai, ideal and Xiao Peng are more calm.

This is related to the differentiated positioning of Xiaopeng automobile. Although Xiaopeng G3 belongs to SUV, the pricing of 140000-190000 just opens up the price gap with model y.

The ideal one of ideal belongs to SUV, and the price of 328000 is very close to that of domestic model y. however, the former uses the extended range power mode, which is also different from the model y pure electric mode.

At the beginning of this year, Weilai, Xiaopeng and ideal all announced the sales results of last year.

The end of the fuel truck?

With the launch of domestic model y, Musk's attitude towards fuel vehicles has become the group will within Tesla. 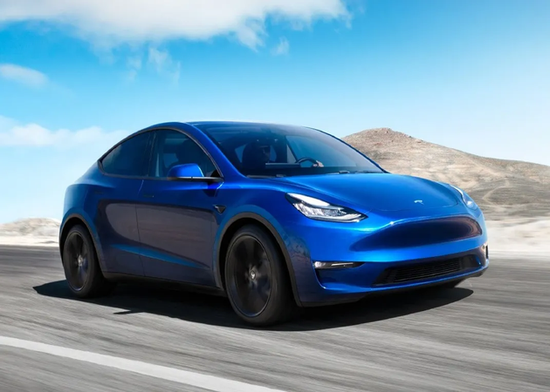 A closer look shows that these three models are all medium-sized SUVs, which are the same as the domestic model y. the latter is also a high-end electric SUV. Therefore, there must be a battle between model y and these three models.

It can not be ignored that model y has great advantages. It not only has the intelligence that these fuel vehicles don't have, but also has the price of 339000 yuan, which is far lower than the three models.

In addition to these, model y, as a new energy vehicle, can also be exempted from paying 10% vehicle purchase tax. It can be imagined that in the SUV market with the same price, model y, which can enjoy better high-end and intelligent experience at a lower price, will pose a huge threat to BBA's fuel vehicles. 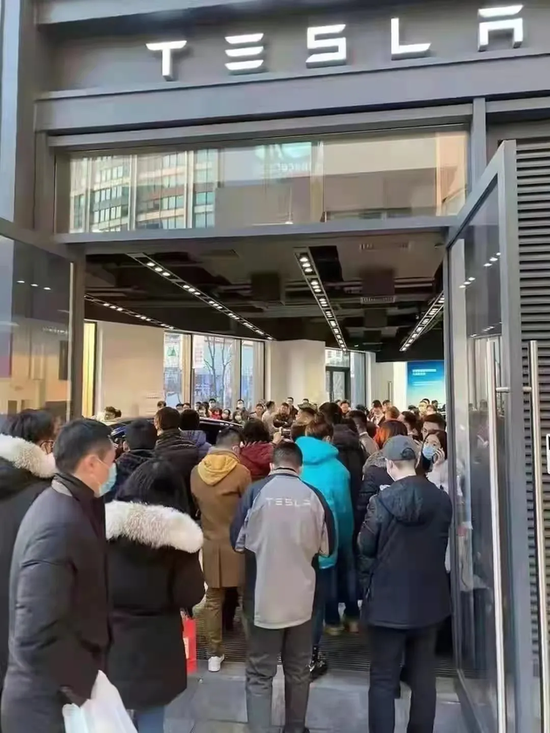 A Tesla experience center in China is overcrowded after the domestic model y is launched. Tuyuan interviewees

In order to cope with such risks, traditional fuel vehicle brands such as BMW, Mercedes Benz and Audi are also in the field of new energy vehicles.

According to the online travel statistics of official websites, the driving range of BMW ix3 is 500km, Audi e-tron is 470km, and Mercedes Benz EQC is only 415km. In contrast, model y has a range of 594km.

In addition to price and endurance, intelligence has also become a factor that consumers pay special attention to when they choose electric vehicles, and at this point, BBA's electric vehicles are also in decline.

OTA (over the air) is the abbreviation of online upgrade. In short, it is to improve the overall performance of electric vehicles like smart phones through regular software updates. As a result, this function has become a crucial function of intelligent vehicle. 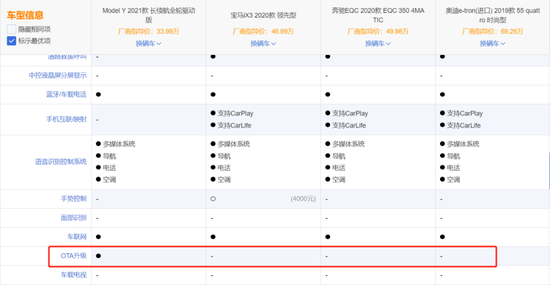 Because of this, BBA's three electric vehicles have little voice in the domestic new energy vehicle market.

In fact, Tesla has an absolute advantage.

According to the "global new energy vehicle sales ranking in the first half of 2020" released by EV sales, Tesla ranks first with 179050 vehicles, while BMW, Audi and Mercedes Benz are all behind Tesla. Among them, BMW is the closest to Tesla with 58883 vehicles, but they are almost three times as many.

In the domestic market, the online travel statistics of the new energy car sales data released by the passenger association from February to November last year. In the 10 months' data, only BMW's 5-series PHEV entered the top 10 list, while Mercedes Benz and Audi did not.

Among them, there is a big gap between BMW and Tesla. Even in November last year, the gap between Tesla Model 3 and BMW 5 Series PHEV was 10 times.

Although the current performance of model y is still unknown, it is certain that with the strong entry of domestic model y into the domestic new energy SUV market, Tesla's threat to BBA and other traditional car companies will be even stronger, and the situation of the latter's new energy models will be even more precarious.

How ambitious is Tesla?

With the gradual increase of mass production scale of domestic model y and model 3, the share rate of such parts will continue to increase, and the vehicle cost will be reduced. 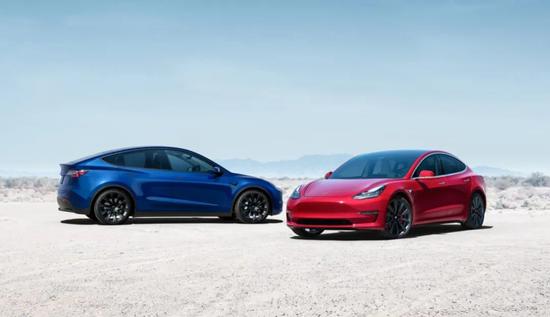 According to the data of China Federation of passenger transport, in the first November of 2020, Tesla's domestic model 3 sales volume was 111600 vehicles, with which Tesla occupied 12% of the whole domestic new energy market.

The fundamental purpose of Tesla's further price reduction is to further seize the market share. The market share here is not limited to the new energy automobile industry, but to seize the whole automobile market including fuel vehicles.

It is undeniable that this has become a trend. 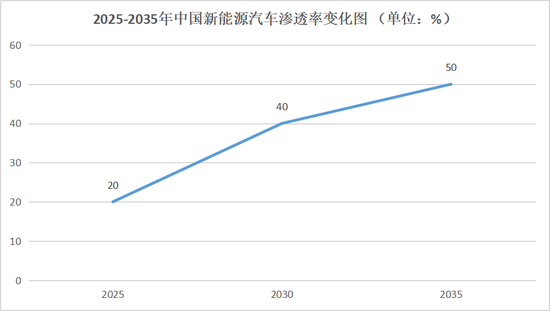 After nibbling the traditional fuel vehicle market step by step, the commercialization of new energy vehicle related industries will be expanded, which is exactly the ambition of musk and Tesla.

According to media reports, Tesla will have plans to launch an app store, a platform similar to Apple's app store. This is another commercial attempt of Tesla since it opened up that car owners can buy automatic driving and other software. Previously, car owners can buy auxiliary driving function, fully automatic driving function, acceleration performance improvement and other high-end functions in Tesla app.

Guohai Securities also pointed out earlier that Tesla is expected to build the world's largest automotive software ecosystem. If the plan of Tesla app store can be implemented, it is expected that Tesla will get $3.8 billion from software in 2025.

In addition to selling software, power batteries have become another good business for Tesla.

This means that Tesla will change from a power battery customer to a real competitor in two to three years.

In the view of the industry, when Tesla really began to develop its own batteries and export them, it posed a huge threat to the share of power battery manufacturers such as LG Chemical and Panasonic. In order to achieve this as soon as possible, Tesla has already started the layout of self-development of power batteries.

According to Tesla's public information, at present, Tesla has a super battery factory in Nevada, which has a capacity of 20gwh, and the single line output capacity has been increased seven times. Last December, Tesla also announced that it would build a power battery plant in Germany and Indonesia. 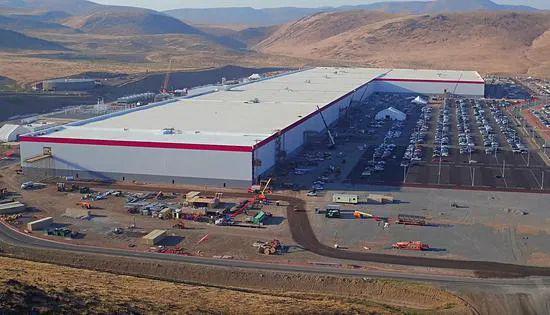 But the adventurer musk, in order to realize his ambition, may not worry about this.

(at the request of the interviewee, Liu Kai is a pseudonym.)