US President trump is banned from publishing on twiiter for life

Twitter announced today that it would permanently block the account of US President trump, citing the risk of further incitement to violence.Twitter said that the reason for the permanent closure of the account was to continue to send inflammatory remarks, which violated the previous final warning of "permanently ban the account if it is committed again". The following is the translation of the full text:

After a careful review of the recent tweets on the @ realDonaldTrump account and the background surrounding them, especially the online and offline impact of these tweets, we believe that the account has been permanently suspended due to the risk of further incitement to violence. In the context of the violence on Capitol Hill, we made it clear on Wednesday that more violations of twitter rules could lead to this kind of action. Our public interest framework exists so that the public can directly listen to the opinions of elected officials and world leaders. It is based on the principle that people have the right to pursue power openly.

However, we made it clear many years ago that these accounts are not completely above our rules and can not use Twitter to incite violence. We will continue to be transparent around our policies and their implementation. 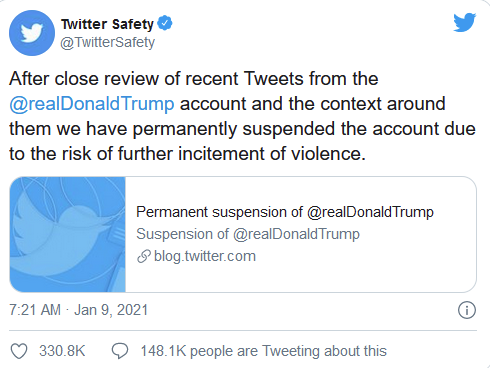 Twitter decided to permanently block the outgoing president's user account after two more tweets were released. What are the two tweets that violate the policy? You can see them below: 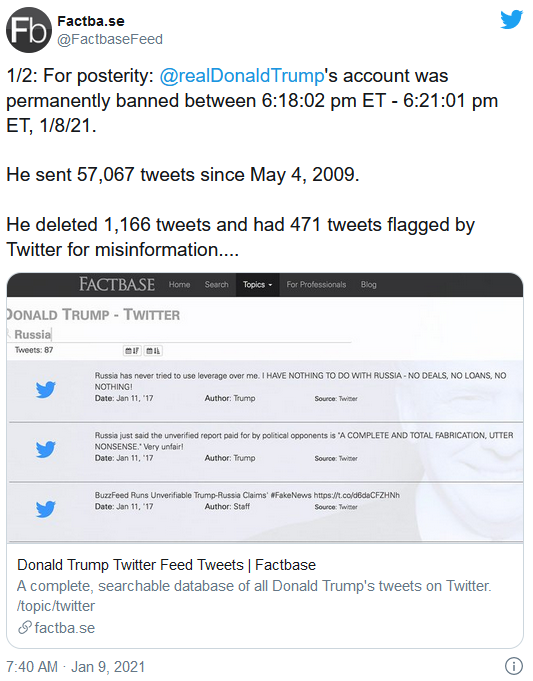