According to the plan, Intel will release 11 generations of rocket Lake desktop processor during CES 2021 next week, and it is expected to be officially launched in March.However, before that, an eight core rocket Lake processor with a dominant frequency of nearly 7GHz has been launched on the network.According to the short video shared by vworld (@ pttpcworld) on twitter, it is suspected that it is matched with Gigabyte z590 platform, and its memory is synchronized to ddr4-6666. 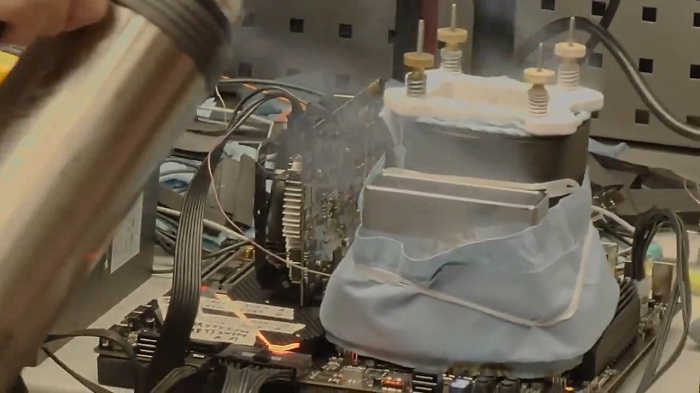 This amazing achievement was achieved under the condition of liquid nitrogen heat dissipation.

From the information leaked by the short film, the informant should have close contact with the internal staff of the motherboard manufacturer. 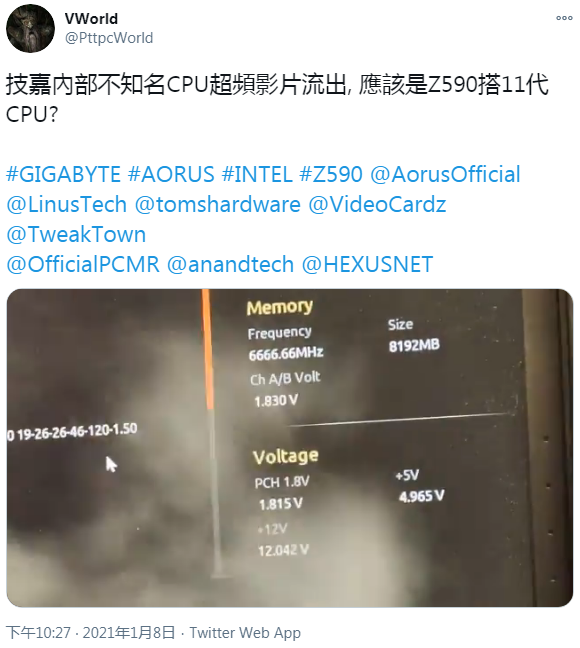 However, due to the same core configuration of the 11th generation core i7-11700k and the shrunken i9-11900k (only the default frequency is different), we can't judge which SKU it is through the interface after overclocking.