Asus's new generation of Rog maximus XIII motherboard based on z590 chipset and designed for Intel's rocket Lake desktop CPU has been leaked, which was released by twitter account @ harukaze5719. The specific models include two products, Rog maximus XIII extreme glycial and Rog maximus XIII hero.The positioning of these two motherboards is different, and the price will be very different, so let's talk about their appearance and function first. ASUS Rog maximus XIII extreme glacial is the most advanced product in ASUS z590 motherboard series. The main difference from the standard version of extreme is that glacal includes a water cooling device, which is mainly for computers with customized heat dissipation. 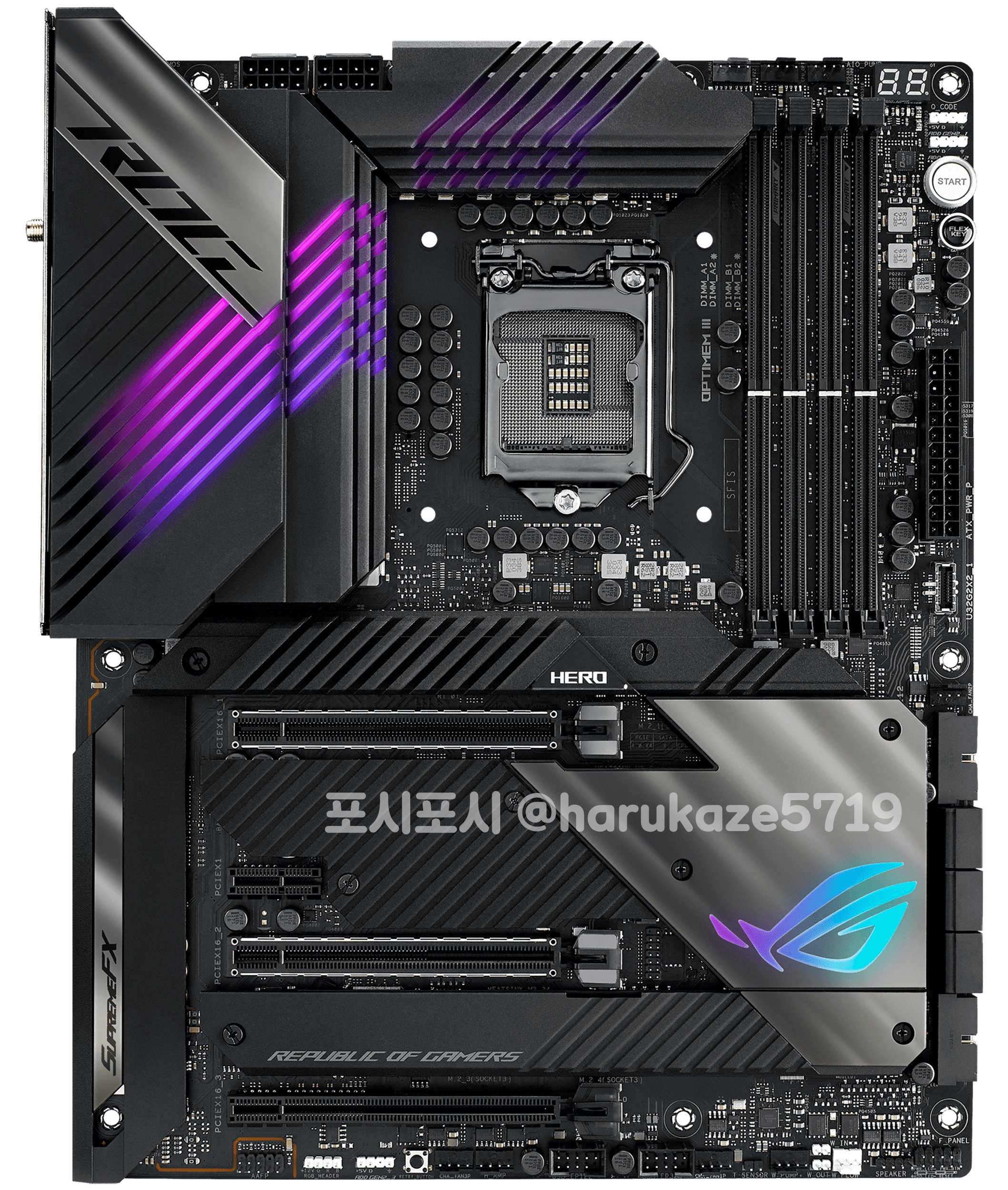 The second product is ASUS Rog maximus XIII hero. The price of this mainstream Rog z590 motherboard will be about $400. It seems that it is equipped with Wi Fi module. The CPU power supply also uses dual 8-pin connectors, but the power supply capacity is a little smaller than the high-end version. The design of memory system is similar. We can see large aluminum heat sink with RGB LED embedded above VRM and under I / O board. VRM heat sink contains a metal heat pipe, which can dissipate heat faster and more efficiently.