Consumerism in full swing, no more technological innovation on Internet 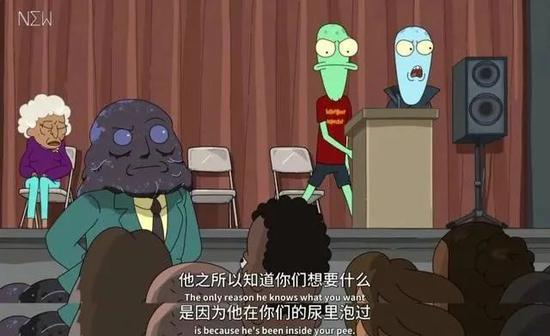 On November 20, Yixian e-commerce, the parent company of perfect diary, was listed on the New York Stock Exchange. At the close of the first day, its share price rose by 75.24% to US $18.40, with a market value of US $12.2 billion. On December 11, bubble Mart was officially listed on the Hong Kong stock exchange, with an issue price of HK $38.5 and an opening price of HK $77.1, up 100.26% compared with the issue price, with a market value exceeding HK $100 billion.

Perfect diary and bubble Mart have emerged from a number of listed companies, attracting the attention of the outside world to new consumer brands. It is worth mentioning that in the tea industry, online brands such as Xicha, Yuanqi forest and chayan Yuese emerge in endlessly, driving wave after wave of consumption enthusiasm. In the game industry, the emergence of popular brands has also quickly brought young companies such as MIHA you and lilisi to the stage The central government has bruised the face of the game factory. The interweaving and change of new and old forces will be particularly prominent in 2020.

The post-80s entrepreneurs have become the core force of the current entrepreneurial community.

On the one hand, flowers and applause, on the other hand, cold water and doubt.

Now this situation is changing. Zhang Yiming, Suhua, Huang Zheng and other post-80s tycoons have established themselves in front of the giants. In addition, a large number of post-80s entrepreneurs have gathered in front of this year's IPO. They can be roughly divided into two distinct camps: technology companies emerging from AI entrepreneurship and new consumer brands born from consumerism.

In 2016, alphago defeated Li Shishi, the world's top go player, with an overwhelming advantage of 4:1. This victory and defeat quickly stirred up a huge wind of artificial intelligence in China, and countless entrepreneurs joined in the AI boom. Before that, a large number of technical elites who had been dormant in the laboratory for many years also chose to go out of the laboratory. They were looking for outlets and betting on outlets, eager to change the world with technology.

But this trend hides the crisis.

2020, there is no new story in venture capital industry

Internet giants are busy cutting down the dimensions and cracking down on vegetable dealers, and a new generation of entrepreneurs are staring at the pockets of young people. 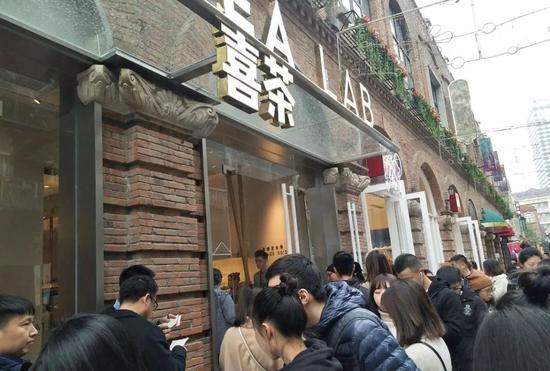 However, the mainstream public opinion criticizes consumerism. Many people think that consumerism bewitches the younger generation to consume the symbolic meaning of goods rather than the actual use value. For example, buying a blind box doesn't necessarily mean that you really like what's inside, but that the behavior of opening the box itself will bring an emotional experience similar to gambling.

The outside world is worried that young consumers will fall into the trap of consumerism, but the real trap may be the entrepreneurial model behind it.

This is related to the starting point of entrepreneurs. In the past, the original intention of entrepreneurs was to change, but now it has become catering. This leads to a key problem. Consumers' consumption demand and psychology are constantly changing. Once the change is not known, the life cycle of the company's products will be greatly reduced.

And the original kind of business chain from user habits to user value mining is no longer established.

Another risk lies in the fact that behind the new consumer brands such as bubble mart, hi tea and Yuanqi forest are the consumer behaviors promoted by the deep insecurity of young people. When more and more people realize that this kind of consumption behavior does not have much benefit in relieving anxiety, it is obvious what choice they will make.

Will the next bat emerge in Internet start-ups in 2015?

This question was raised by a netizen on Zhihu in September 2015. Among the few answers, the answer is surprisingly consistent: No.

Meituan, didi and other new forces have grown into industry giants, relying on model innovation and transforming traditional industries, which is no different from bat's previous occupation of e-commerce, social networking and search fields without strong competitors. Pinduoduo has successfully broken through the cracks between Alibaba and Jingdong. This seems to prove that it is not necessarily impossible to fight big with small in a fixed industry environment. 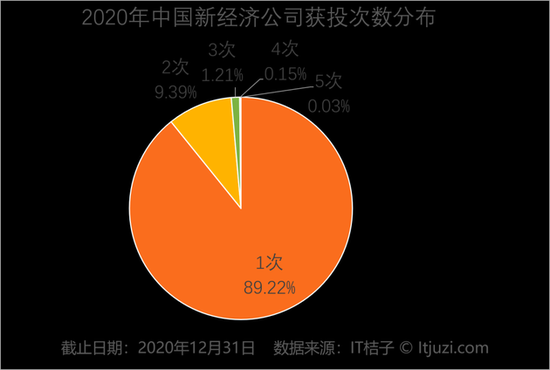 According to statistics of it orange, in 2020, 3886 new economy companies in China will be invested, with a total financing of 814.5 billion yuan. In this big cake, 56% of the funds are taken away by companies with financing amount of more than 1 billion yuan, but such companies only account for 4% of the invested companies, and 89% of the companies will only be invested once in 2020.

Obviously, the trend that funds will be concentrated in a few head companies in the future will only be more serious.

More specifically, where did most of the money go? On the one hand, it is the medical treatment, online education, industrial Internet and technology sectors represented by robots, chips and intelligent hardware; on the other hand, it is the new consumer investment of second tier cities, that is, new consumer brands such as tea, zihi pot, hot and sour powder.

In the former, which has been developed for several years, in theory, technology-based companies have the greatest potential and are far more imaginative than Duoduo. However, technology-based companies have the characteristics of long R & D time and long business recovery cycle. In the middle and early stage, R & D is the main part, supplemented by products, and the business model is relatively backward. This has become the biggest injury in the capital winter, because the market pays more attention to the profitability of the enterprise itself.

Therefore, now this kind of enterprises can not get through the road of venture capital financing, can only rely on the stock market to meet their growing capital demand.

As for the latter, new consumer brands, such as paopaomate, Xicha and Yuanqi forest, are successful and unsuccessful in marketing. Under the restriction of non rigid demand, its products can only cover a small number of young people. Those who like are willing to consume, while those who don't are hard to move. What's more, there are many new consumer segments, so it is difficult to create a unified tea or trendy play market giant.

There is still a long way to go for the post-80s entrepreneurs.

But the pockets of consumers have long been targeted by countless entrepreneurs. Their means have no technical content, but you still don't see through the key.

Related news
LG Chem sues competitor SK Innovation: stealing trade secrets
Chromium version of Microsoft Edge browser will ship with Internet Explorer
Internet Archive: recording the forgotten Internet
IPhone users call Android Internet Explorer on their phones
Microsoft stops supporting Internet Explorer 10 of Windows Server 2012
Microsoft will gradually stop supporting Internet Explorer 11
Hot news this week
Full screen bomb is playing crazy wechat Android version 8.0 beta version comes with download
"Synthetic watermelon" became popular this weekend
Tesla's response to the spontaneous combustion and explosion of Shanghai model 3: preliminary judgment that the accident was caused by the collision under the car
Some users found that wechat 8.0 raised the upper limit of visible number of friends and circle of friends to 10000: wechat Lehua
China's auto chips stopped in Europe and America? Official response
IBM China Research Institute (IBM CRL) has been completely closed
Talk about "explosion"! Android wechat 8.0 internal test experience: is it the same as apple
Does the car Li Zi nucleic acid positive eat to be able to infect? The experts finally understood what they said
Collective rollover of 5nm chips: embarrassment of advanced manufacturing process
The official version of wechat Android 8.0 will be released next week
The most popular news this week
WiFi 6 router that will make Jingdou money! First sale of redmi ax5 tomorrow: 269 yuan
The strongest combination of iPhone XR and A14 core! IPhone se plus rendering exposure
Andy Lau officially entered the tiktok, which is his first social account in the world.
ZTE micro film "go ahead, always in" will be released soon
Sony's most expensive micro order, which sells 48000 yuan, meets your three big wishes for pixels, performance and video at one time
Sony's most powerful flagship Xperia Pro released in one year: the price is as high as 16000 yuan!
Arecibo is gone. Are we going to build Arecibo II on the moon?
You can repair your iPhone at any store. Apple is slowly blocking the road
NVIDIA RTX 3060 / 3070 mobile graphics card 3dmark time spy
[Download] stable version of Firefox 85.0 released: enhanced tracking protection, optimized bookmarks, simplified password management