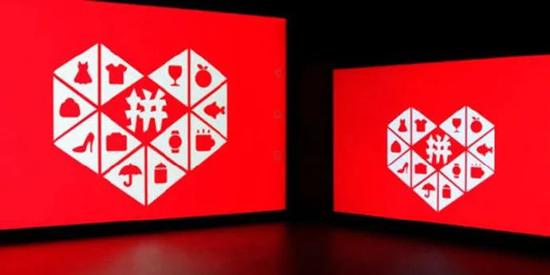 Last week, the sudden death of a 23-year-old female employee working overtime in pinduoduo caused a lot of uproar. Pinduoduo's public relations operation wave after wave stunned the melon eaters. At that time, due to my laziness, I didn't follow up in time. But it doesn't matter. Today, I'm going to make a good analysis of another big melon.

Seriously, after reading the statement of pinduoduo, I almost believe that pinduoduo's one-sided statement is reasonable and sound. However, after carefully reading this statement for several times, I found that there are obvious loopholes in it. It is not only suspected of avoiding the heavy and taking the light, but also unable to explain what's wrong with it. It's really unconvincing.

Pinduoduo indirectly denied Wang's technical means. Instead, he used the conventional and even a little cumbersome and inefficient method of monitoring first and then asking the employees passing by the shooting place (it is estimated that there are not a few employees being asked), looking for a breakthrough, and finally targeting Wang. After some inquiry, he was determined to be the one who did it.

2、 How does pinduoduo reveal Wang's past comments?

It is worth noting that because the dispute between pinduoduo and Wang involves pulse, pulse statement is particularly eye-catching. Maimai emphasizes that in terms of user information management, it does not provide any third party with user information posted in the professional speech area in any form, and provides extremely strict and complete security guarantee for personal information. In other words, pulse does not actively or passively disclose Wang's personal information to pinduoduo, suggesting that pinduoduo achieves its own goal by using technical means.

I'm curious. According to pinduoduo's logic, he should have fired Wang two months ago. Why did he delay his dismissal until recently? Is it hard to be merciful to give Wang a 2-month improvement observation period? To tell you the truth, this possibility can't be said to be completely absent, but it's very rare. In my opinion, a reasonable explanation is that pinduoduo expelled Wang first, and then tried to make up a convincing reason (excuse) for the outside world. Believe it or not, I don't believe it anyway.

Related news
Three abandoned Samsung equipment and transferred to China for 5G
Join hands with Nokia: UK operator Three launches 5G fully integrated cloud core network
Telecom operator Three has launched 5G service in London and started selling Hua5G mobile phones.
British operator Three:5G only uses Huawei to avoid missing out on opportunities
Baidu e-staff Wang Lu quit his job and joined in VC. He was in charge of market public relations and led the smart city this year.
I URGENTLY NEED MY EX BACK WITH THE HELP OF A SPELL CASTER
Pulse response pinduoduo employee's anonymous post dismissed: not providing user information to any third party
Hot news this week
Full screen bomb is playing crazy wechat Android version 8.0 beta version comes with download
"Synthetic watermelon" became popular this weekend
Tesla's response to the spontaneous combustion and explosion of Shanghai model 3: preliminary judgment that the accident was caused by the collision under the car
Some users found that wechat 8.0 raised the upper limit of visible number of friends and circle of friends to 10000: wechat Lehua
China's auto chips stopped in Europe and America? Official response
IBM China Research Institute (IBM CRL) has been completely closed
Talk about "explosion"! Android wechat 8.0 internal test experience: is it the same as apple
Does the car Li Zi nucleic acid positive eat to be able to infect? The experts finally understood what they said
Collective rollover of 5nm chips: embarrassment of advanced manufacturing process
The official version of wechat Android 8.0 will be released next week
The most popular news this week
ZTE micro film "go ahead, always in" will be released soon
Sony's most expensive micro order, which sells 48000 yuan, meets your three big wishes for pixels, performance and video at one time
Sony's most powerful flagship Xperia Pro released in one year: the price is as high as 16000 yuan!
Arecibo is gone. Are we going to build Arecibo II on the moon?
You can repair your iPhone at any store. Apple is slowly blocking the road
NVIDIA RTX 3060 / 3070 mobile graphics card 3dmark time spy
[Download] stable version of Firefox 85.0 released: enhanced tracking protection, optimized bookmarks, simplified password management
Intel outsources some of its chips to TSMC: it prefers the latter's 3nm process, the source said
Biden signed an executive order authorizing the federal government to convert U.S. Postal vehicles into electric vehicles
Microsoft is expected to launch surface laptop 4 in April this year