Turkey's Ministry of health, Turkey's drug and medical equipment Bureau, issued an announcement on the 13th local time, approving the emergency use of kelefu new crown vaccine from China's Beijing Kexing Zhongwei Biological Technology Co., Ltd.This is the first new vaccine approved for emergency use in Turkey. Novel coronavirus pneumonia is approved by China's Ministry of health in order to ensure the rapid vaccination of the population, according to the announcement.

The announcement said that the authorization was based on the analysis of scientific data and 14 days of analysis and monitoring after the vaccine arrived in Turkey.

Turkish health minister koja said at a news conference on the same day that medical workers across Turkey will start to be vaccinated with Chinese vaccine from the 14th. After the news conference, Kejia himself and members of the Scientific Committee specially set up to fight against the epidemic were vaccinated and broadcast live to the public. 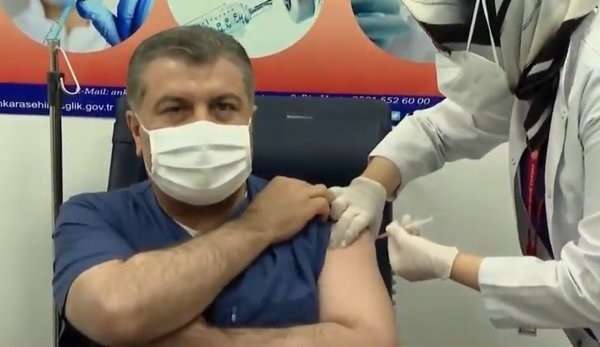 On December 24 last year, koja held a press conference and said that the results of phase III clinical trials conducted in Turkey since September 14 showed that the Chinese vaccine was safe and effective. According to the test data, the effectiveness of China's vaccine has reached 91.25%. Turkey plans to vaccinate nearly 9 million people including medical workers in the first phase, and he will also vaccinate the first batch of people.

It is reported that the first 3 million doses of new crown vaccine ordered by Turkey from China's Kexing company will arrive in Ankara, the capital of Turkey, in the early morning of December 30, 2020. (CCTV reporter Yan Wei)